Another 10 pack repack from Target. This one contained these packs:

This is the first 10 pack repack I've had in a bit that was entirely different packs. Variety! But don't expect too much variety in how I split these up to post. 2012 and not from 2012 seems very logical.

I'll open with the two packs that allow me to put their entire contents on the scanner - Chrome and Opening Day.

Refractor-y Freeman, Mariano Rivera and a prospect out of Chrome. Shiny is always nice. I probably would have preferred either other card as the refractor one, but they're still nice. 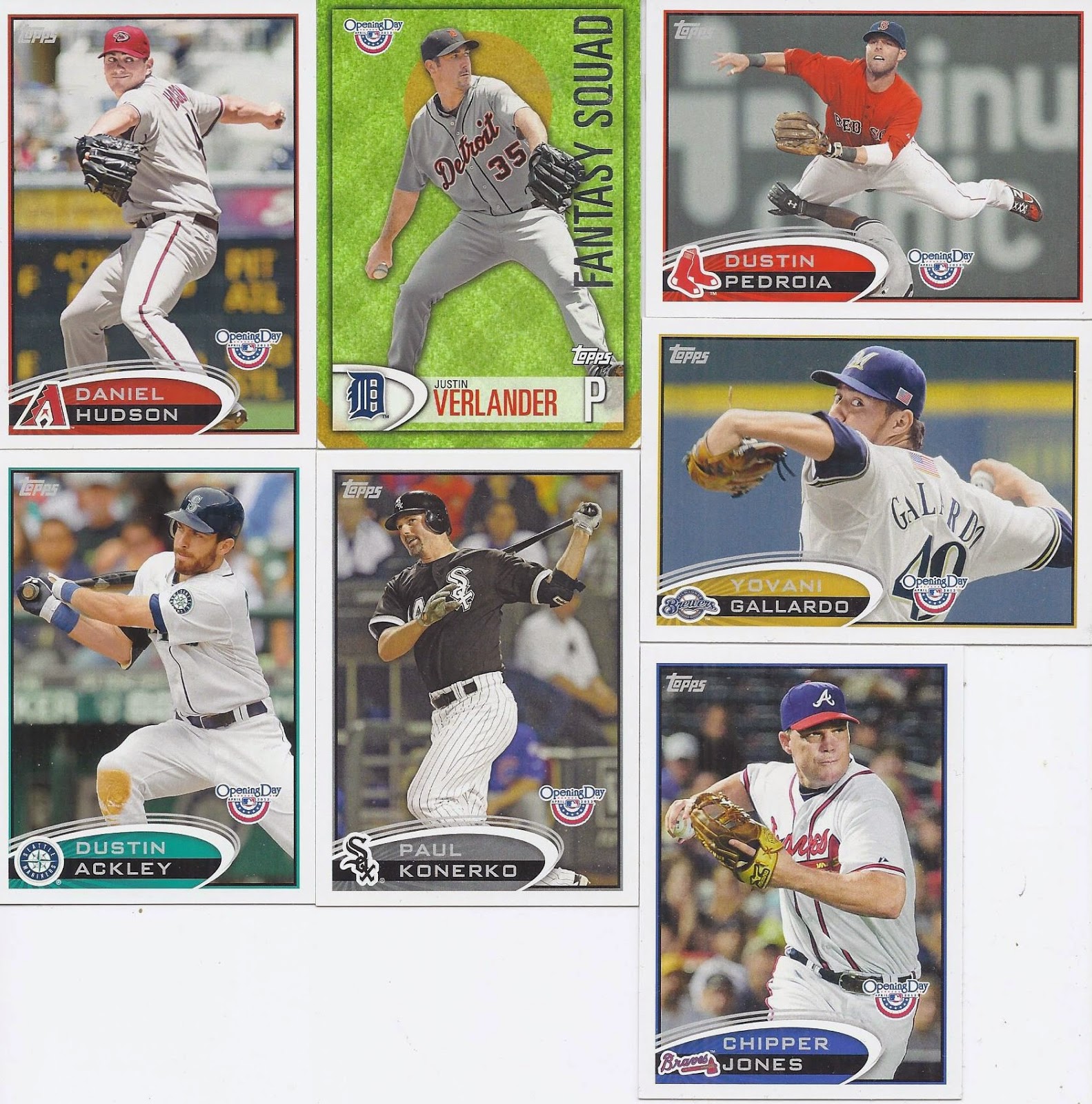 Gotta love the action shot on the Dustin, especially with the Green Monster in the background. 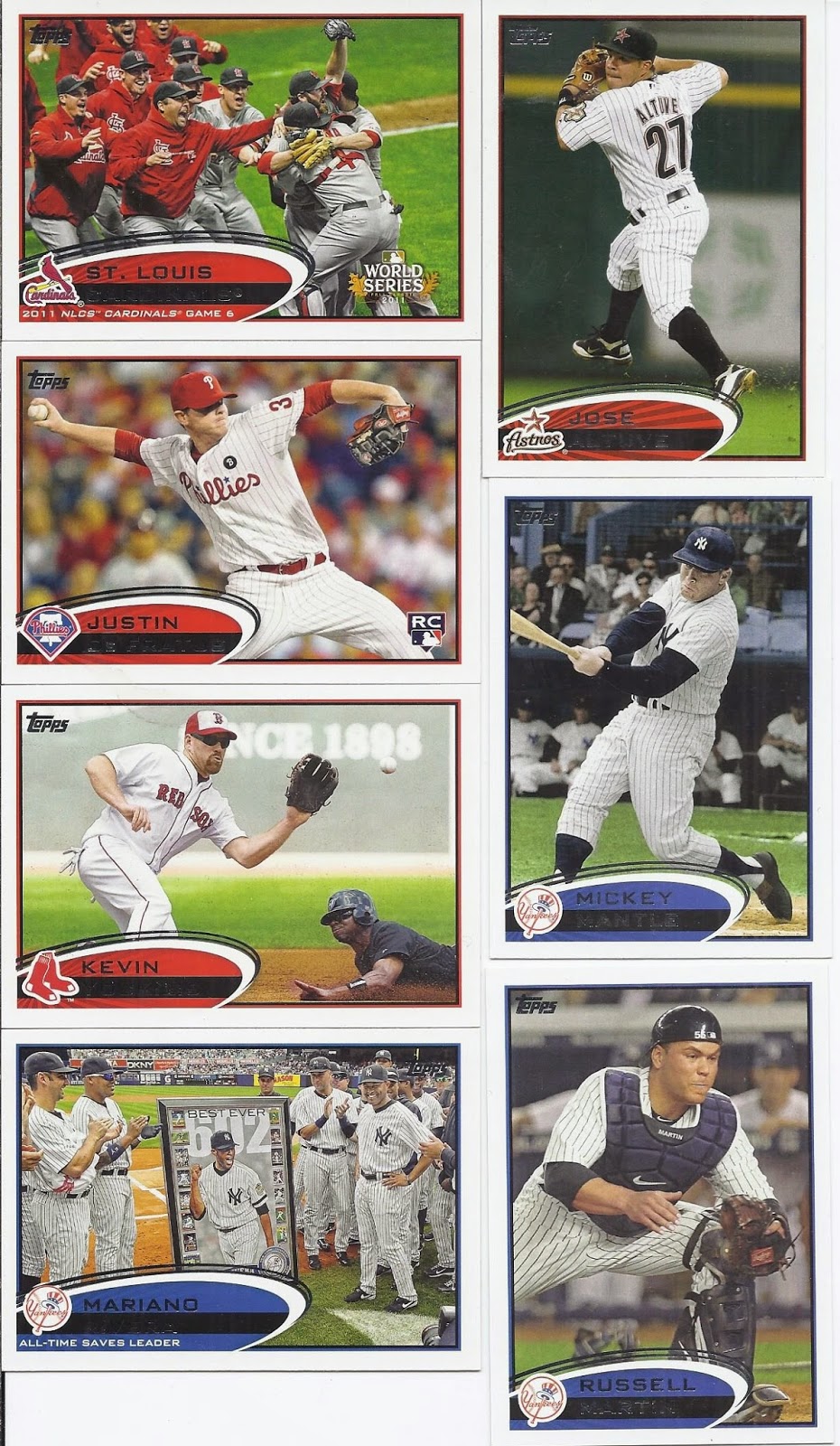 I think I enjoyed the base cards more than I should have from the rack pack of S1.  The World Series winning celebration speaks for itself as a beautiful card. Working counter-clockwise, I always love pitching horizontal cards, especially with they are used to show the arm when it is probably as far back as it can be. Then we get a return appearance of the monster (along with an alternate cap). Mariano Rivera is really all over this repack with nice cards. Then we have a play at the plate (at least in about a second) with Russell Martin, and then an always nice #7 card of Mantle. And a nice Altuve to wrap up the base.

For a Mets and Jays fan, I've sure posted a good # of Yankees so far. 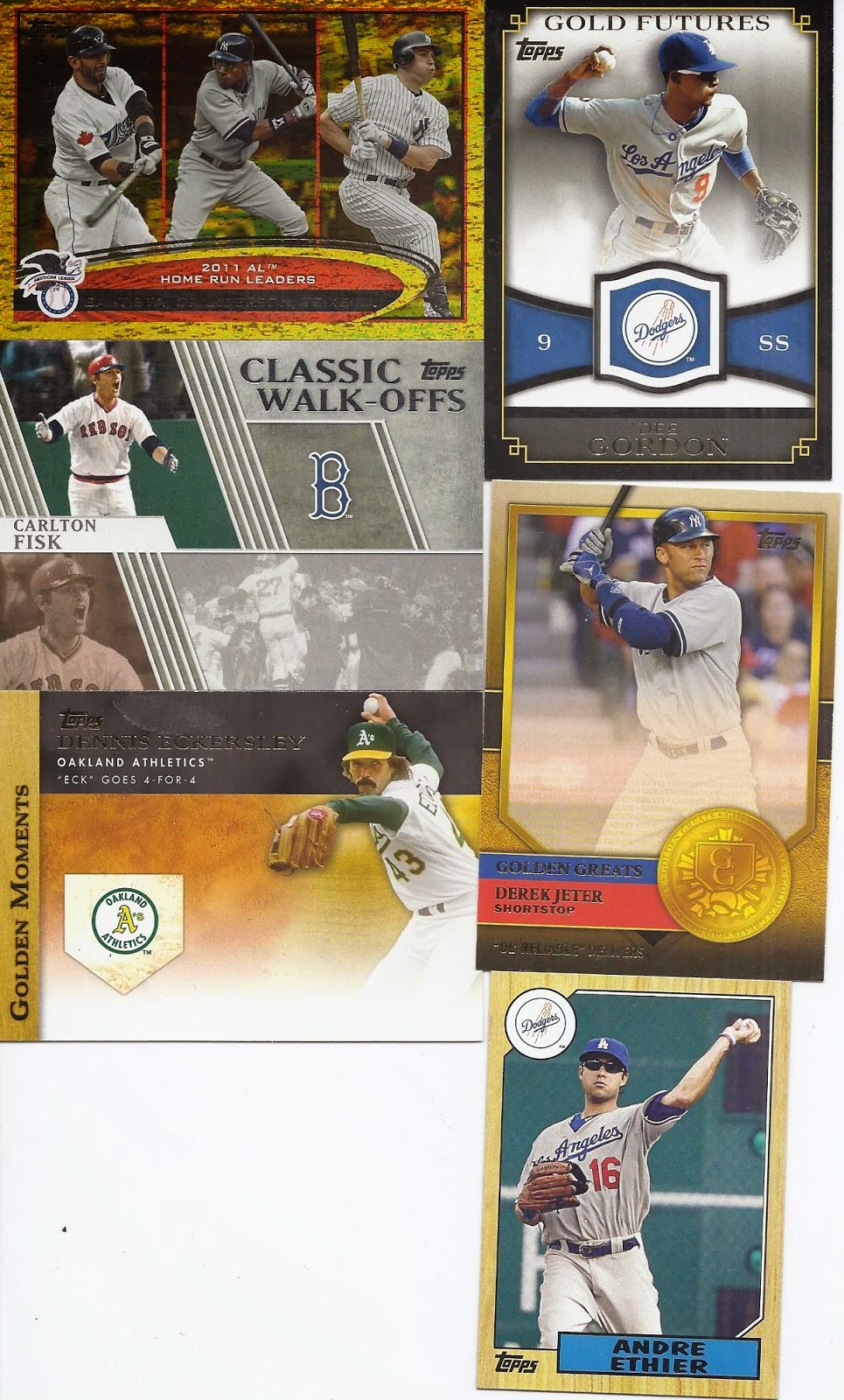 And I haven't even hit the inserts and parallels yet. Amazingly, that 1/3 Bautista was the only Blue Jays card in all the 2012 portion of these packs. I love anything with a mini, but the base cards were the easy winner here. 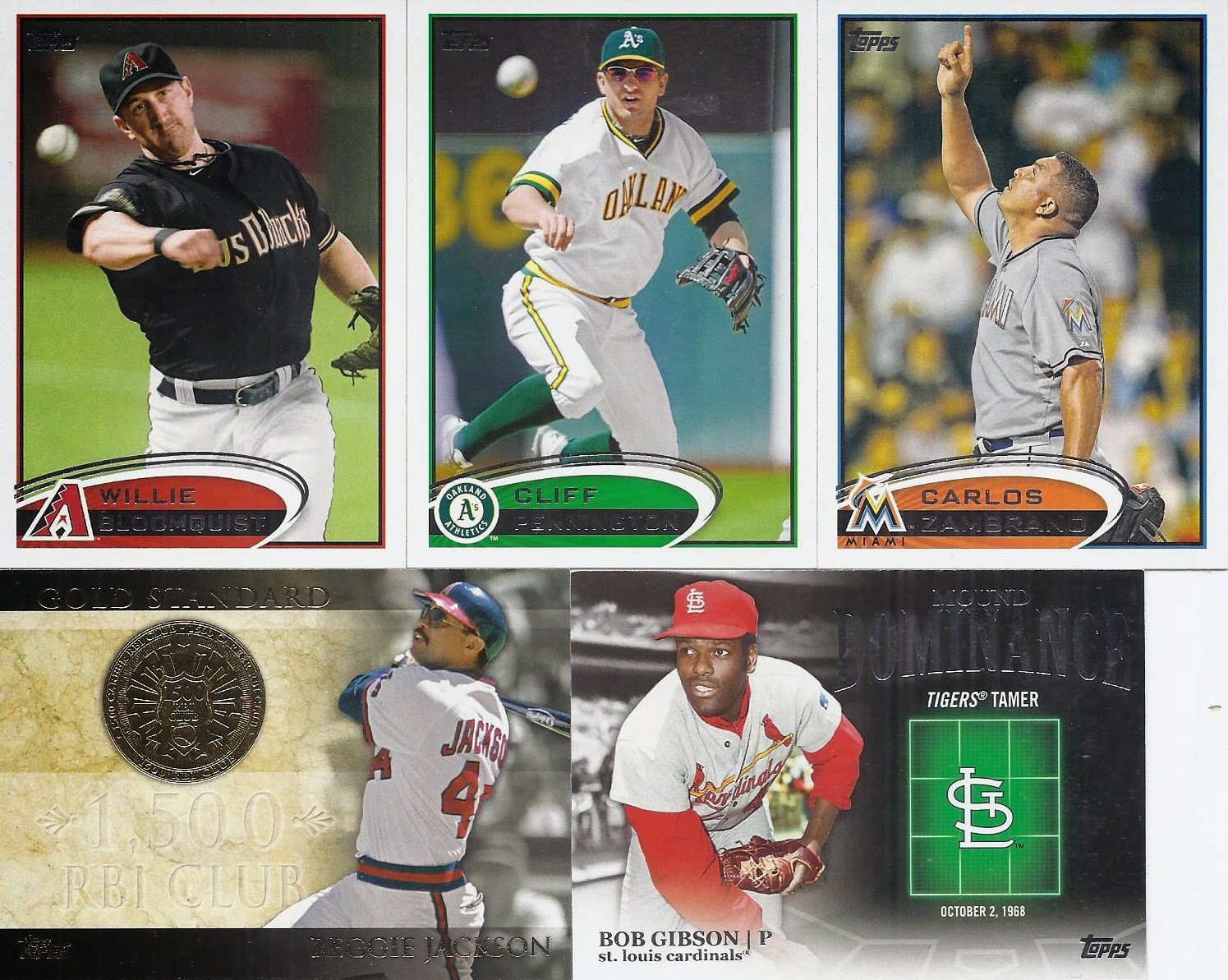 Off to S2, and a far more manageable pack size. Nice base stuff with a pair of alternate uniforms. I would have liked the first card even more if they'd used a Spanish translation of Dbacks on the uniforms. There's another throwback, and a great photo choice for Zambrano. 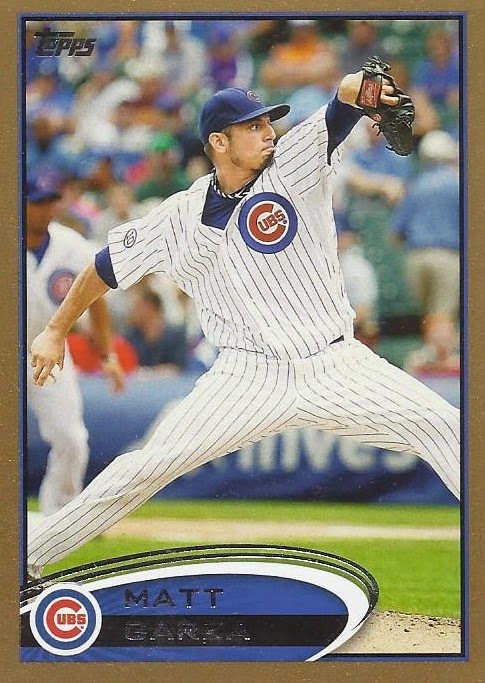 And Update was easily the dullest pack in the repack. That includes the Donruss ones.
Posted by buckstorecards at 13:03