And here's the second part of the mojobreak Black Friday Certified break, in which the Texans came my way. I was far more excited about this slot, since it would give me the opportunity to nab a Jadeveon Clowney hit for my 2/14 collection.

But first, the Black Friday goodies. 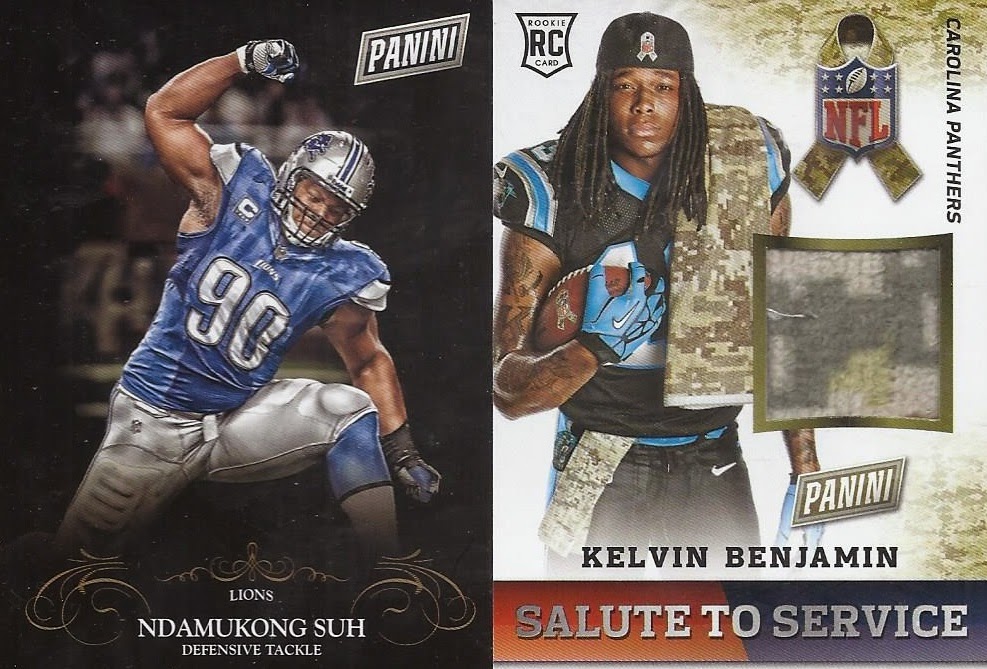 First pack of that landed me another Black Friday collection card, with a nice looking Ndamukong Suh that works a great photo into the design. And an oddball relic card as well. Pretty neat. Much like the Anthony Bennett I got at the 11/13 Expo, this is a nice soft towel that they used. Kudos to Panini for choosing quality. 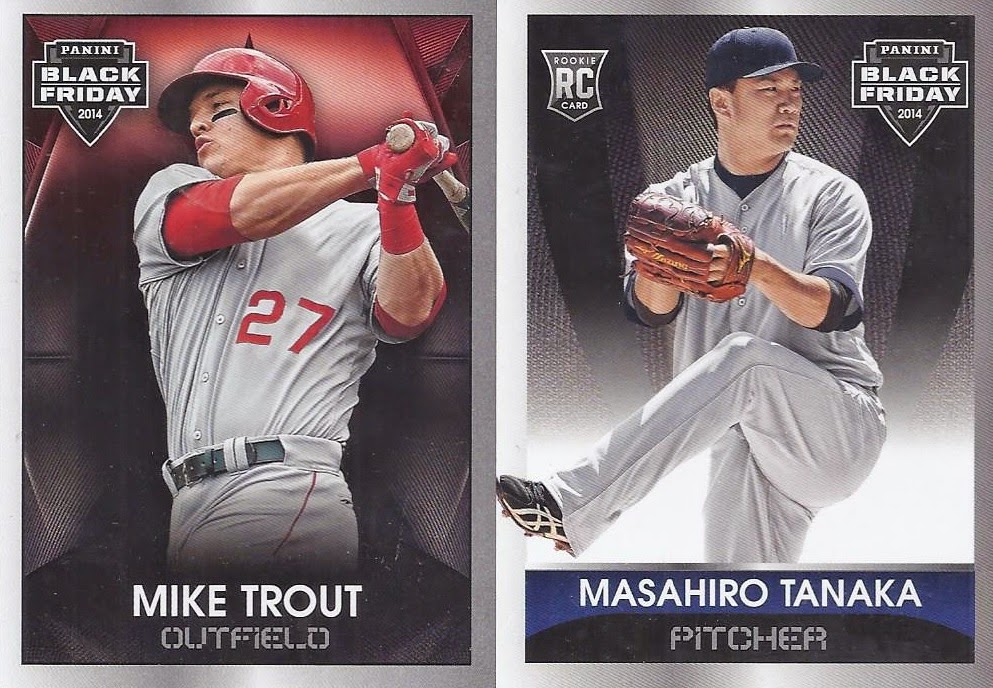 Pack 2 was the baseball pack. Tanaka is #d to /399. I think the Trout is the base design, such as one could have a base design in this type of product. 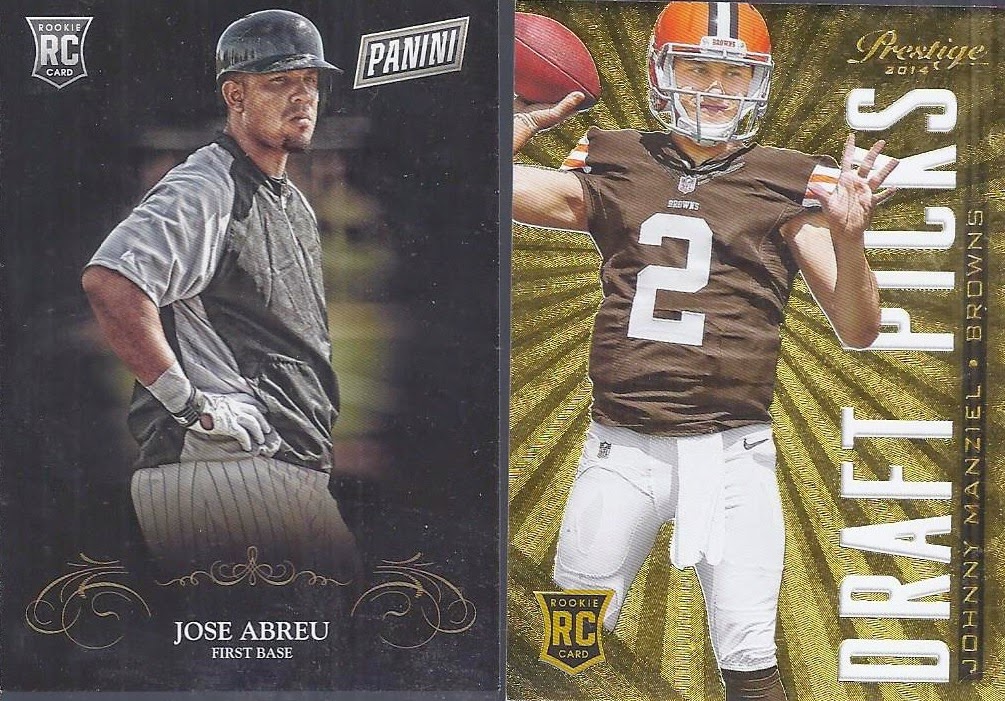 The Abreu is nice and understated. Looks good with the black design, and one really wouldn't notice the lack of licensing. The Manziel is obnoxiously garish. In short, perfect.

With those out of the way, here are your 2014 Certified Texans:

Unlike with the Titans, at least I got the three veteran base cards in this one. But, again the collation was strange. 1 Arian Foster. 5 Andre Johnsons. 6 J.J. Watts. Wow. 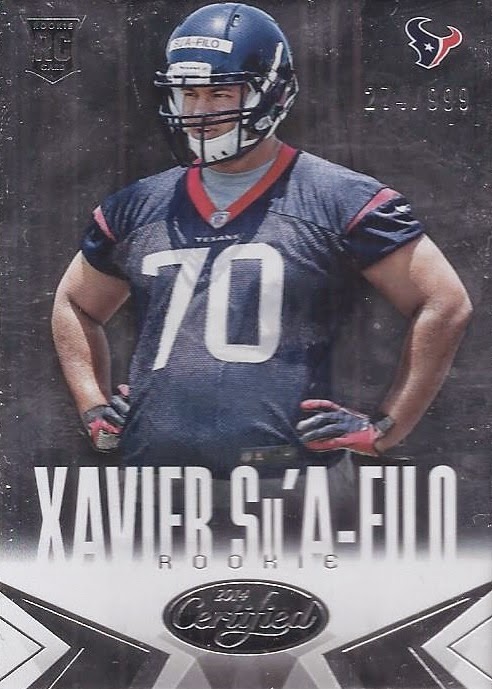 The base rookie cards are numbered 101 and higher, and are /999. This was the only one of those I got in the break. 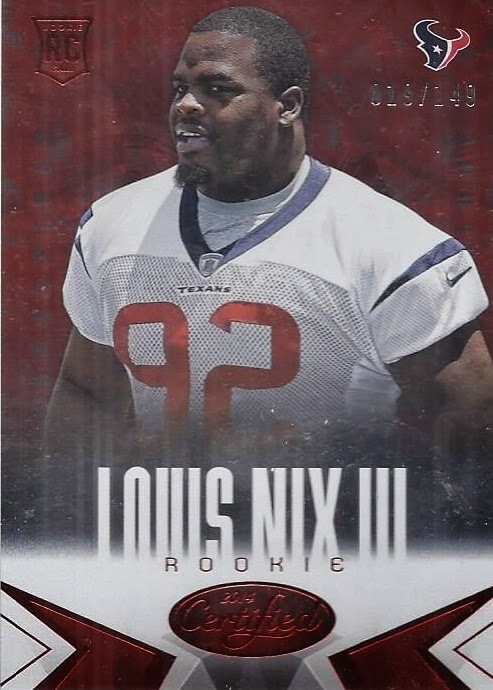 But there was the all-red hot box, in which the rookie cards are /149 instead. Still no Clowney, but this Red Camo works nicely since there is a hint of red on the Texans jersey in this picture. 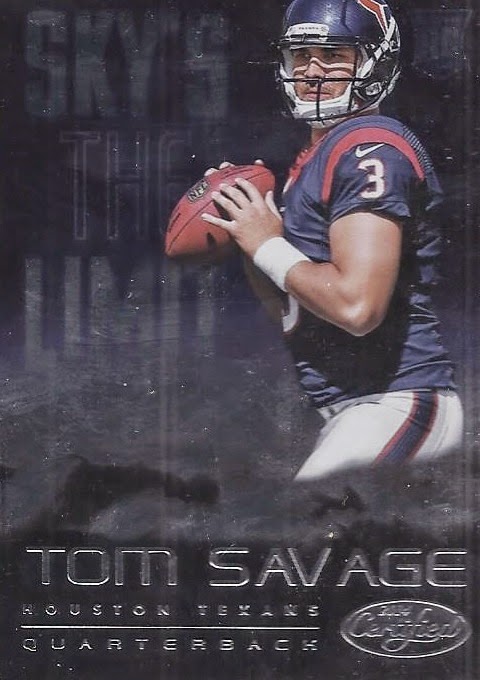 My only non-hit insert was this Tom Savage Sky's the Limit one. Yes, those are clouds at the bottom of the photo. Kinda neat idea actually. 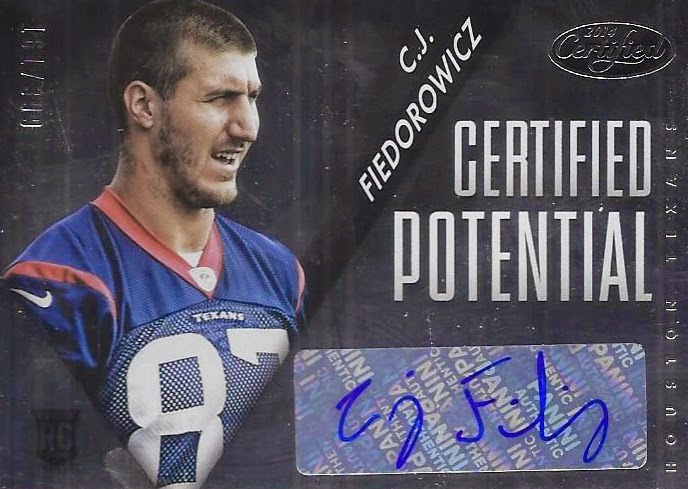 First up is this stickergraph. C.J. has seen action this year, although on quite a limited basis. 4 games. 2 receptions. 16 yards. Still, that's 16 yards more than me. Numbered to /299. 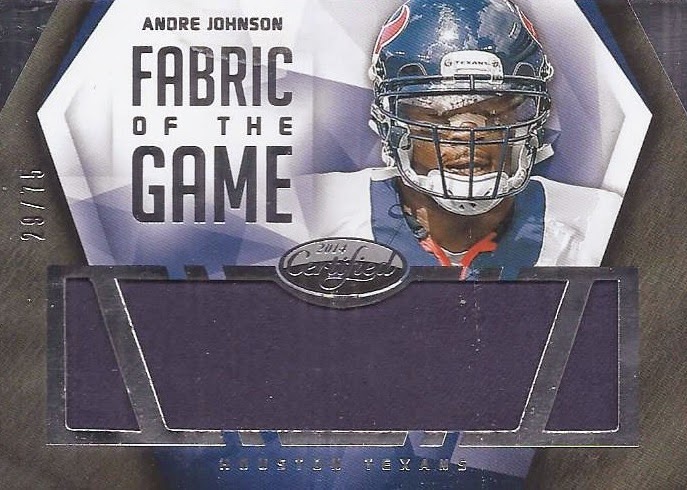 Now this is a nicely done relic, with the windows on the card done to represent to represent the face mask on the helmet, and the photo being a close up from the front. 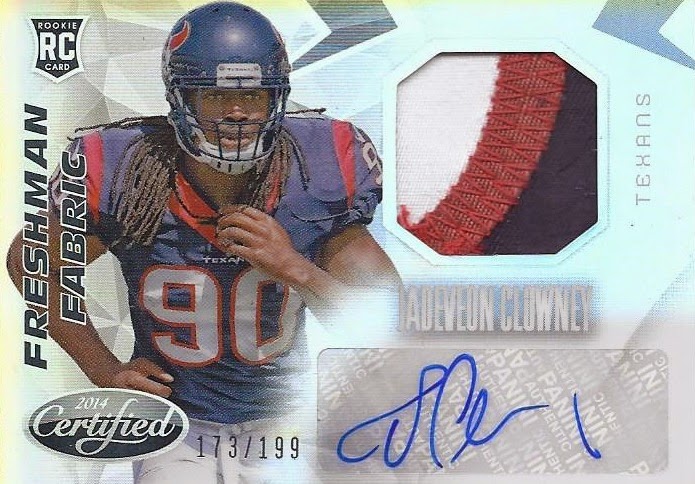 Finally, this! What I'd been looking to add into my 2/14 binder since the draft in one card. I'd wanted a Clowney relic. I'd wanted a Clowney auto. Why not knock both of them off my wantlist with the same card? A thick three-colour event worn patch. A stickergraph. Sure, I'd rather they be game worn and on-card, but that doesn't change my love for this new item. Especially since, despite his injury, his auto relics still aren't that cheap. The best I could find on ebay for an auto/patch is still in the $40.00 range. So, I'm happily adding this to my collection, and hope they drop in price somewhat in the offseason.

So, there's the Texans. I was hoping for a little more Jadeveon, but when you only end up with one card, that's kinda what you want to see.
Posted by buckstorecards at 13:51