aka All the Raptors content from a group break of Prizm where I grabbed the Raptors. 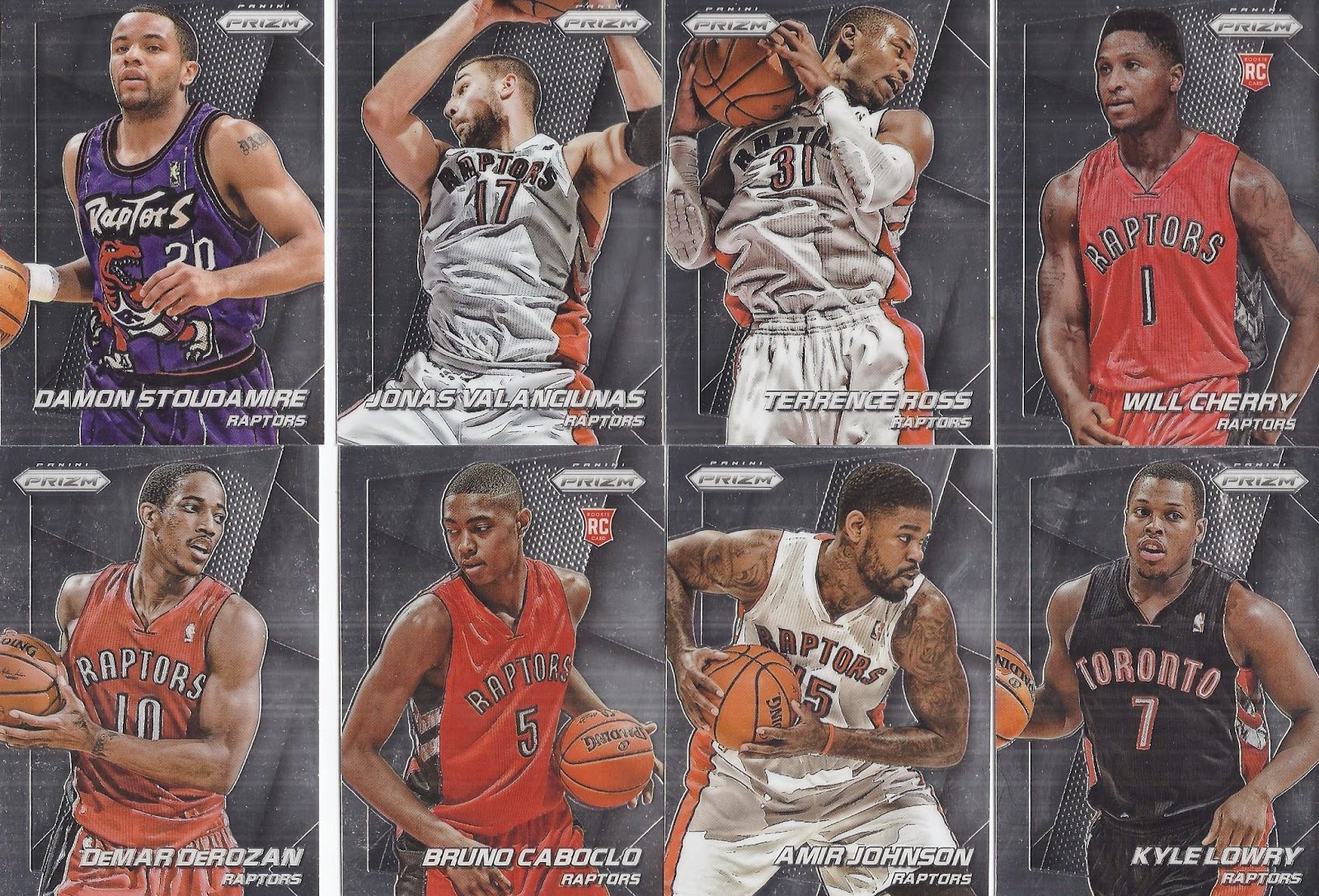 From a 300 count base set, the Raptors landed 8 cards. But, with a set that has a significant portion for retired players, an expansion team probably should be glad to have one, getting a dino uniform era Vince Carter. The other noteworthy card for me is the Will Cherry rookie card. Because that is a zero year Raptors card. He never played a regular season game for Toronto, and is now in Cleveland. That's with a season that isn't even two months old. 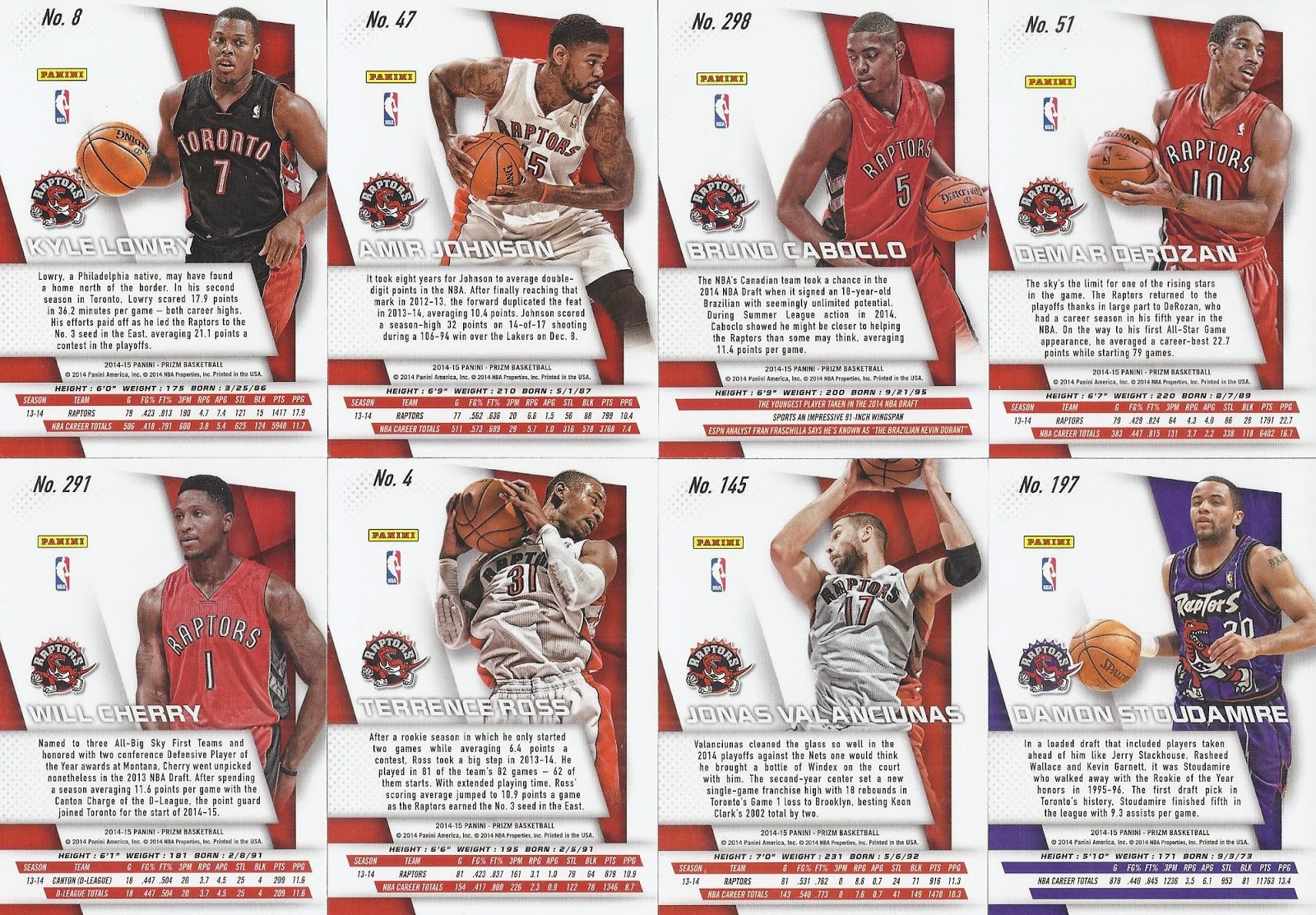 Here are all the card backs. As always, Panini makes the design match the era of the photo, with the Damon getting matching purple.

Prizm means parallels, and I picked up a 5 pack of them. 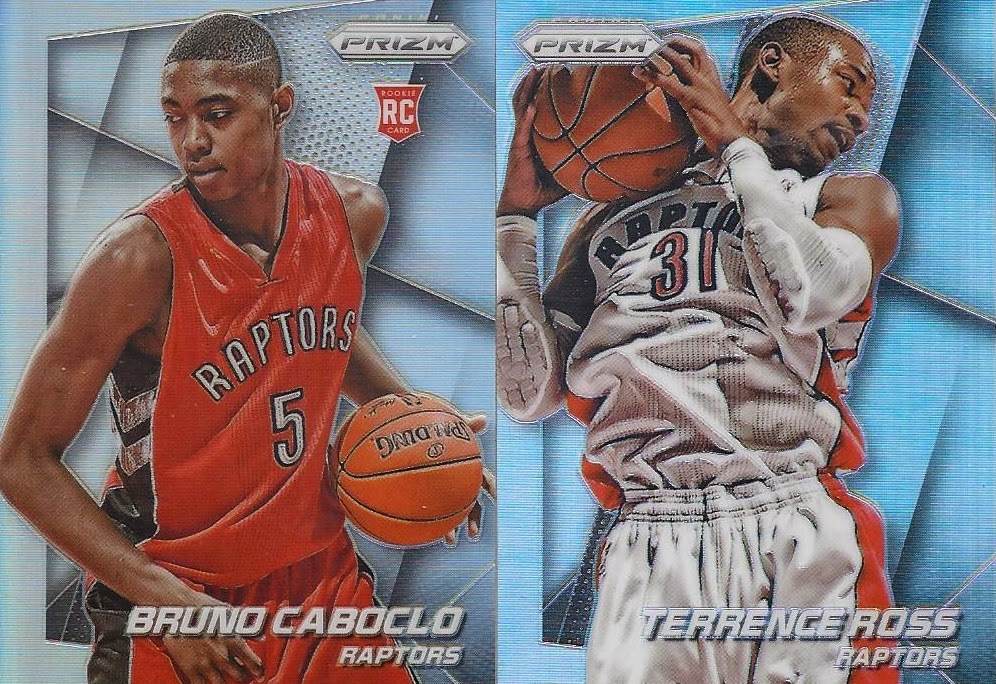 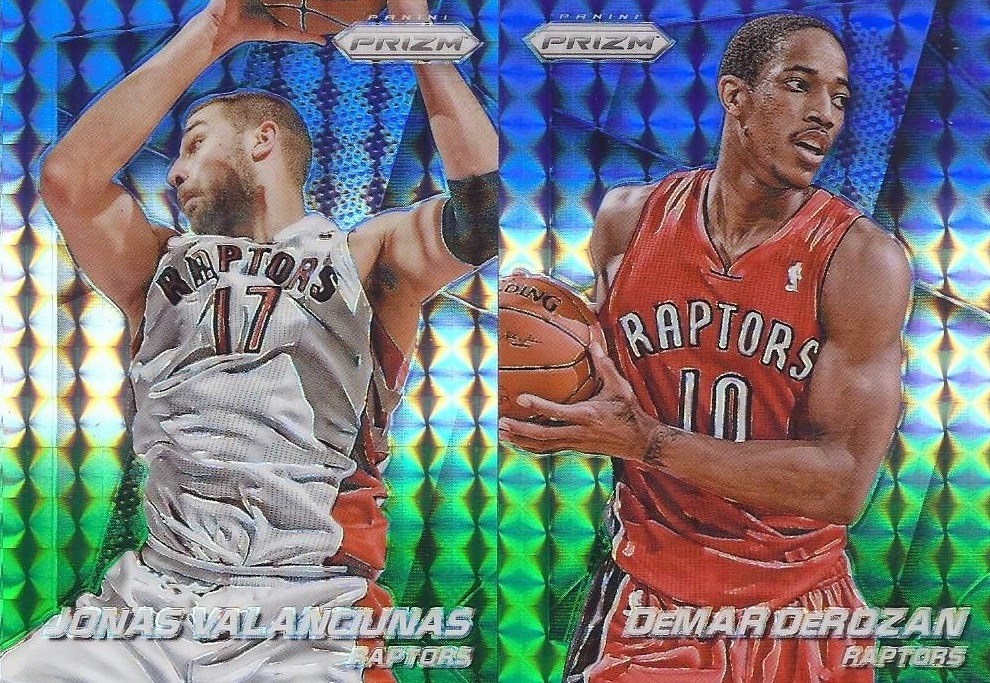 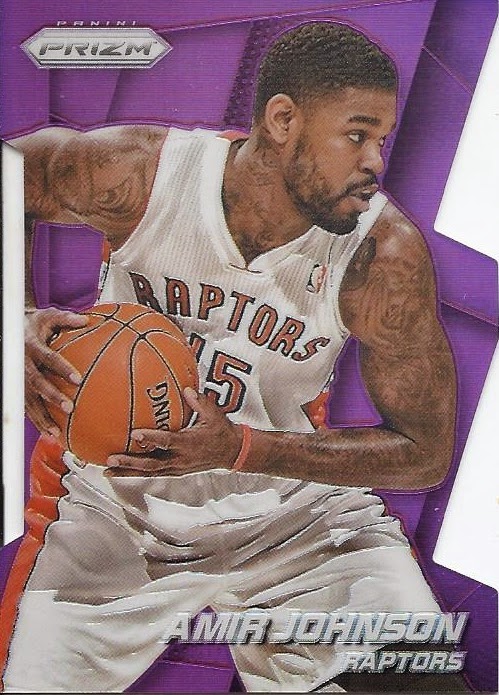 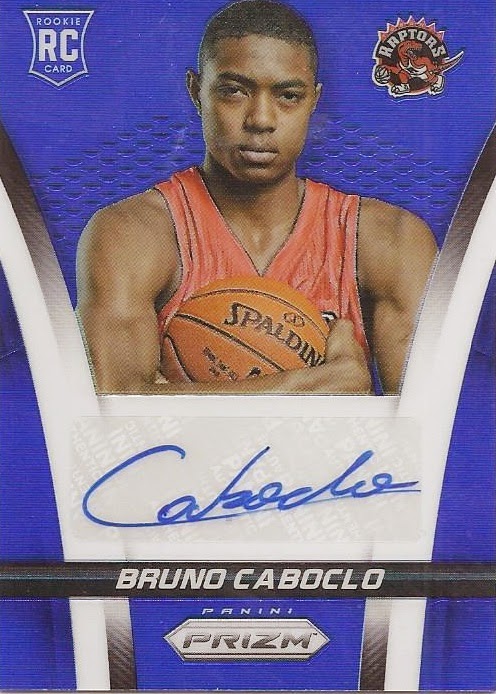 Like with the Hoops break, I ended up with a sticker-graph of their #1 draft pick, Bruno Caboclo. He might not be the Brazilian Kevin Durant yet, but since Ujiri is a wizard that was able to get something for Andrea Bargnani, I'll trust him that he grabbed late first round steal. 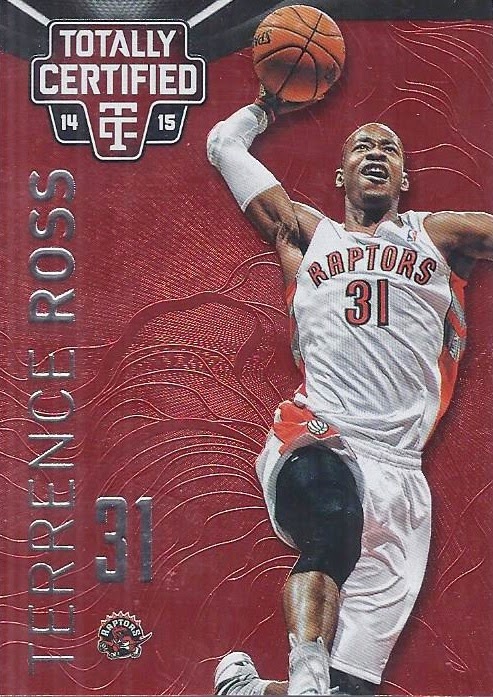 And that was the only break I was in around Black Friday that was a pick your team style. I've also got goodies from a random of Totally Cert. basketball, Chrome Football and a two spot in Certified football. All of which would (eventually in one case) produce good results.

Sounds like a good plan for the week.
Posted by buckstorecards at 17:37