The second last Grey Cup autopost brings the other 5 packs. Nothing shiny today, but any time you pull an unexpected hit from a repack, it is a good repack. 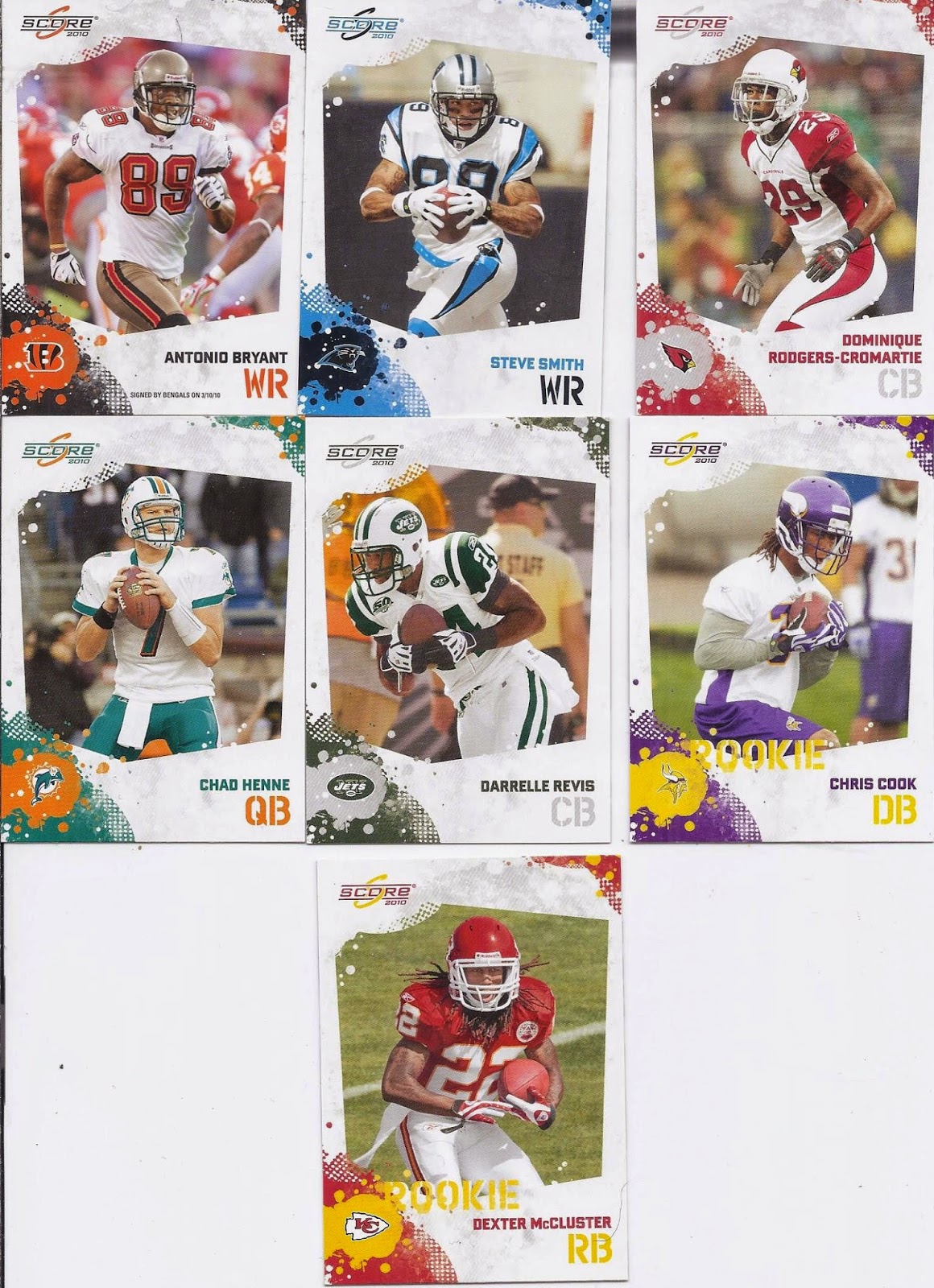 Why not lead with the oldest stuff in the pack? Score really got very border intensive for a bit. Still are, but this might have been one of the worse examples of it. I really hopes this changes when they get the football monopoly. Or at least bring back the photographic beauty of 2012 Gridiron. 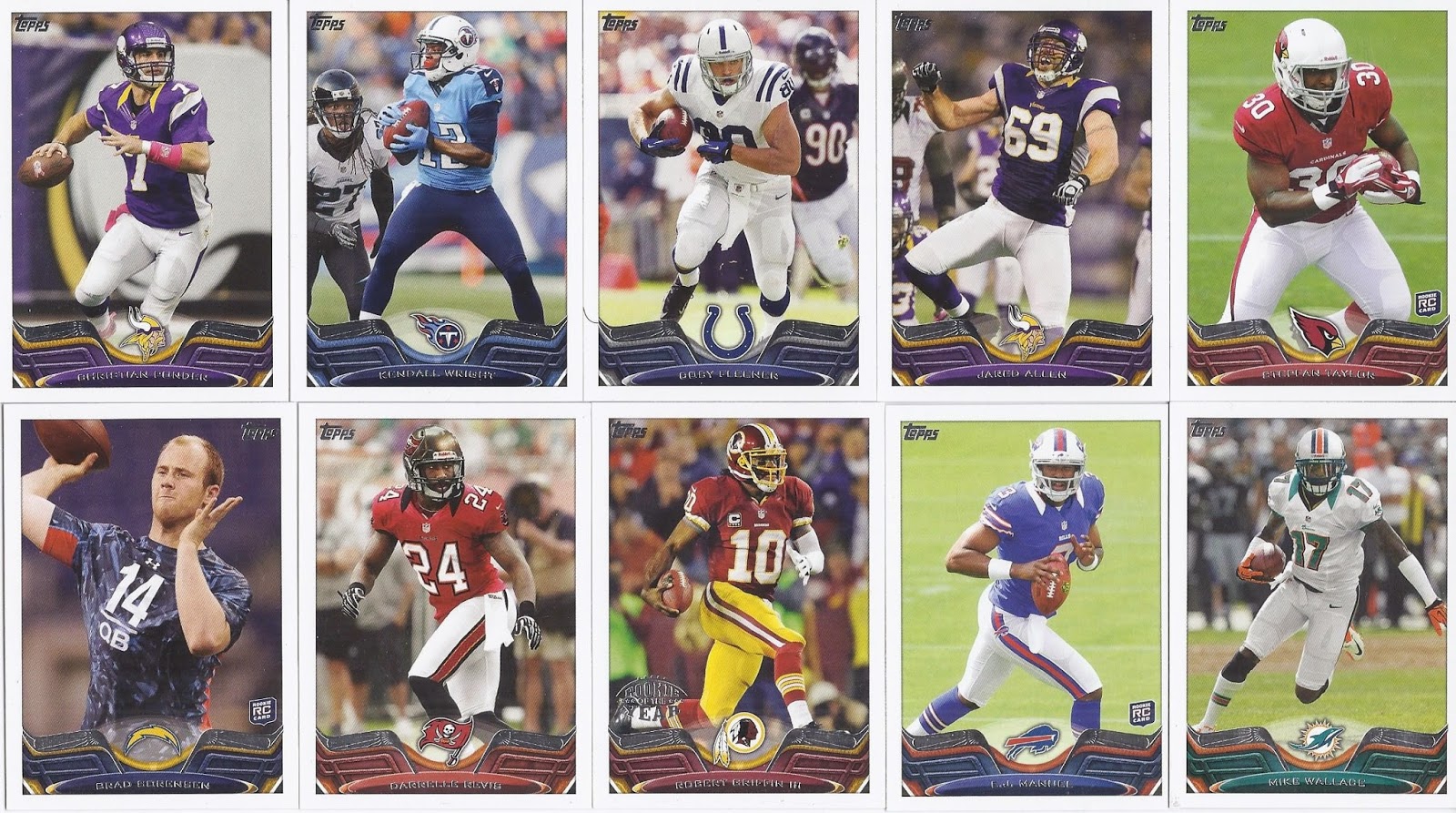 Hey, Minis mean I can fit all 10 cards in the pack on the scanner at once. And other than the EJ Manuel mini rookie, that's about all that is noteworthy about this pack. 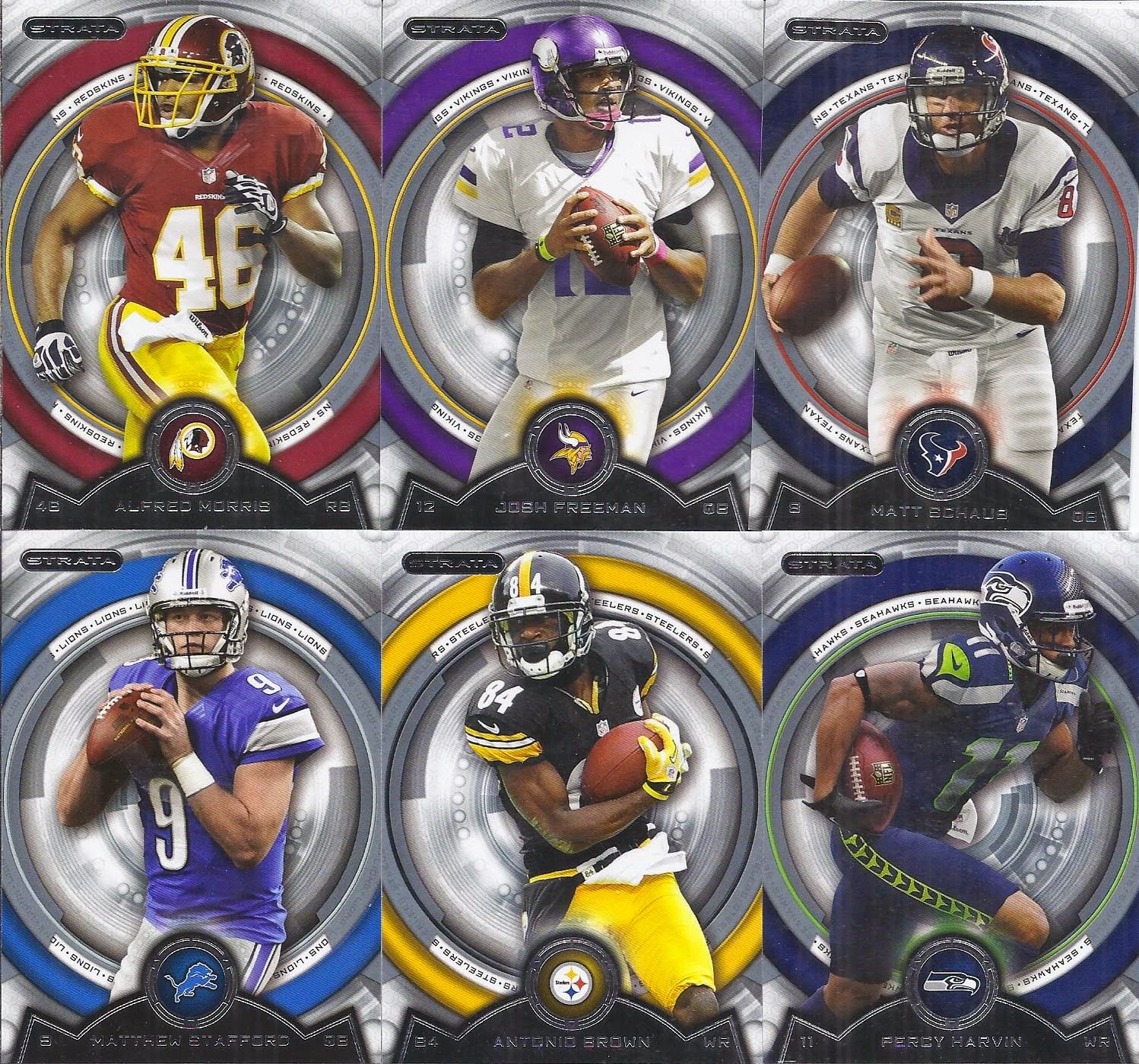 As for the Strata. Well, at least Josh Freeman doesn't have too many Vikings cards out there. That's kinda neat. 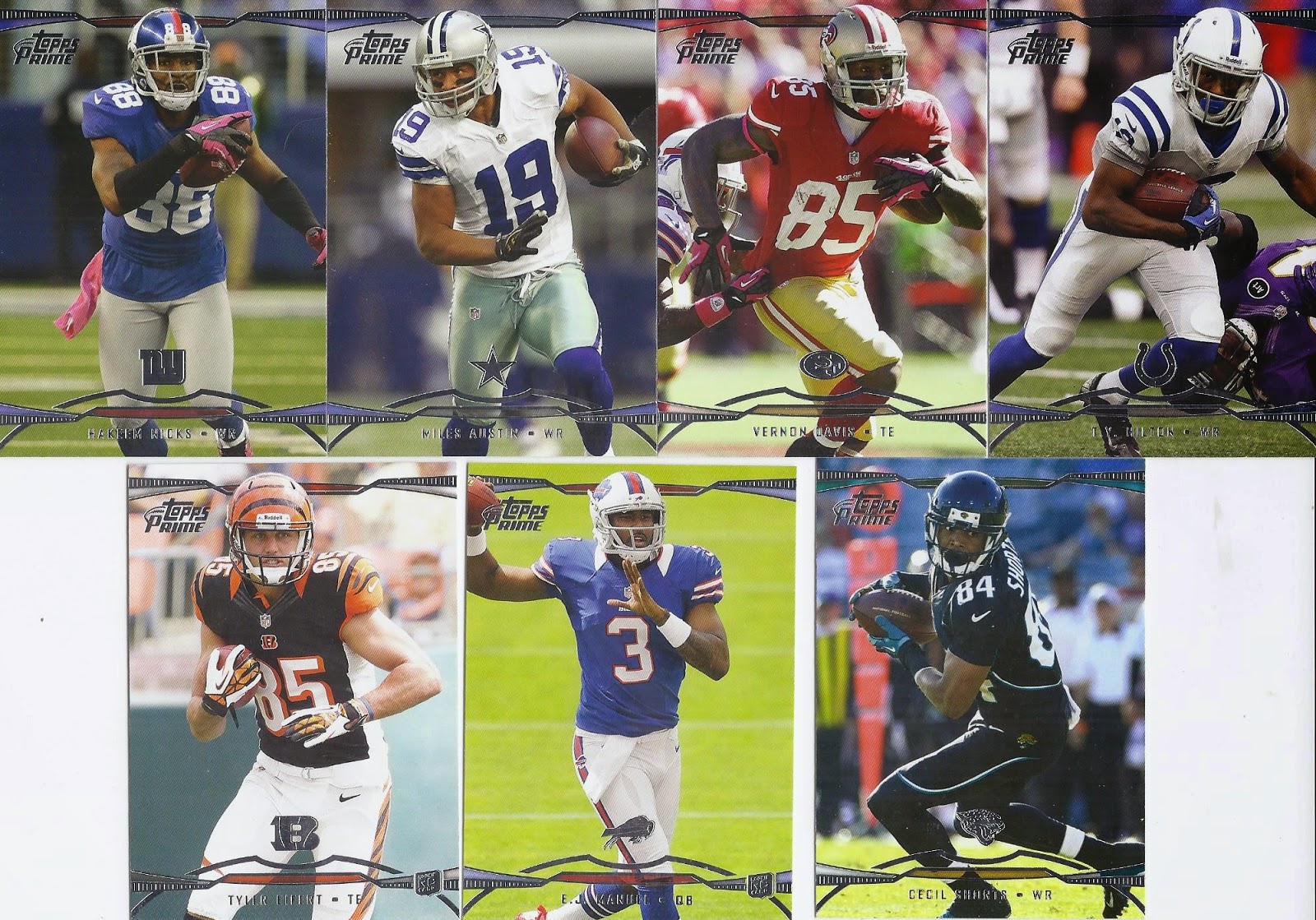 Prime will probably be the set I miss the most when Topps leaves the football landscape. It's all about the photos in all their crisp clear glory. The Vernon Davis is so clear, you can see the failed attempt at a tackle through jersey grabbing. And there's my second EJ Manuel of the break. And here was the actual hit I pulled from a repack - the autograph of Vincent Jackson. Not only was I surprised to pull an autograph from the repack product (although they fall at a 1:25 rate in this product), it was the fact I pulled a veteran autograph that surprised me. The autographs in the set were primarily rookies (and towards the lower end of last year's rookie class as well). Veteran content fell at a rate of about 2 or 3 per case. So to get one from a retail repacked product had to be insane odds.

And that John Elway is pretty nice too with the Gypsy Queen look to it.

It was nice to get some packs where I could scan every card in them and still have them al grouped together.
Posted by buckstorecards at 09:21