At 24 packs with 10 cards each, and with piles of inserts, it really is too much to break into just one post. So, I'll lead off this with a posting of everything but the inserts. Base, parallels, and nothing else. If you want to see the hits, wait about 24 hours. 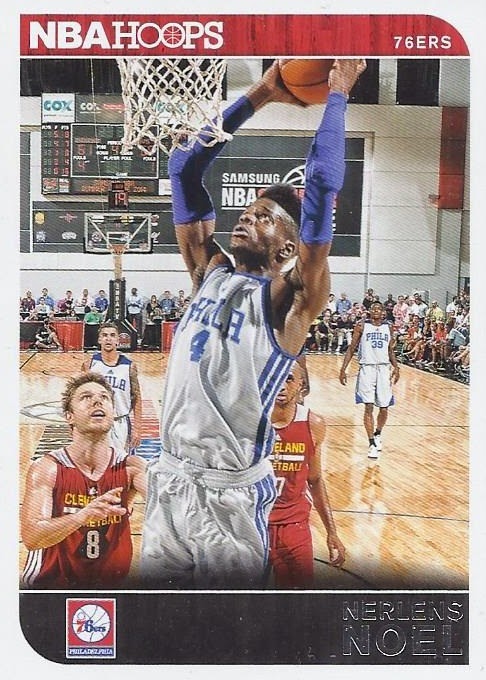 Since I'd already showed off a nice sampling of the base in my earlier posts, I've decided just to show off my favourite base card from the box. It is something you really don't see a lot of on basketball cards. This is a photo from the NBA's summer league. Noel was drafted and had his rookie cards in last year's set, but because of injury, never played. So, instead of  just re-using a photo from last year's shoot, Panini opted for this. A great choice, and a very unique addition to a set. While I'm certain that some summer league shots are used for less-hyped rookies in early season sets, they're rarely as obvious as this. 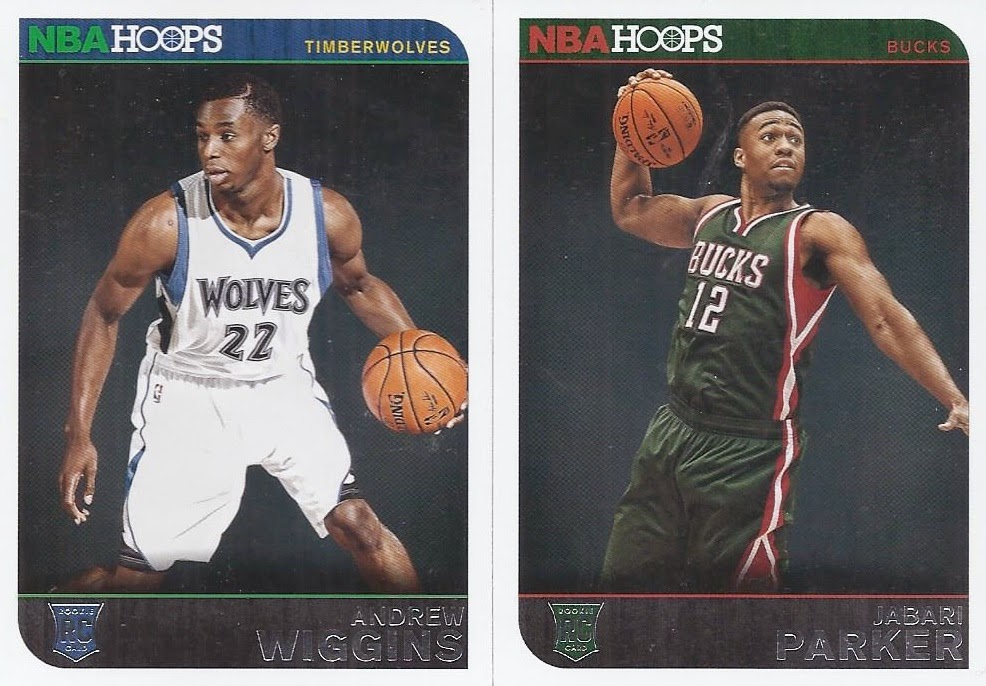 But, interestingly, collation saw the #1 and #2 draft picks side by side in the same pack. 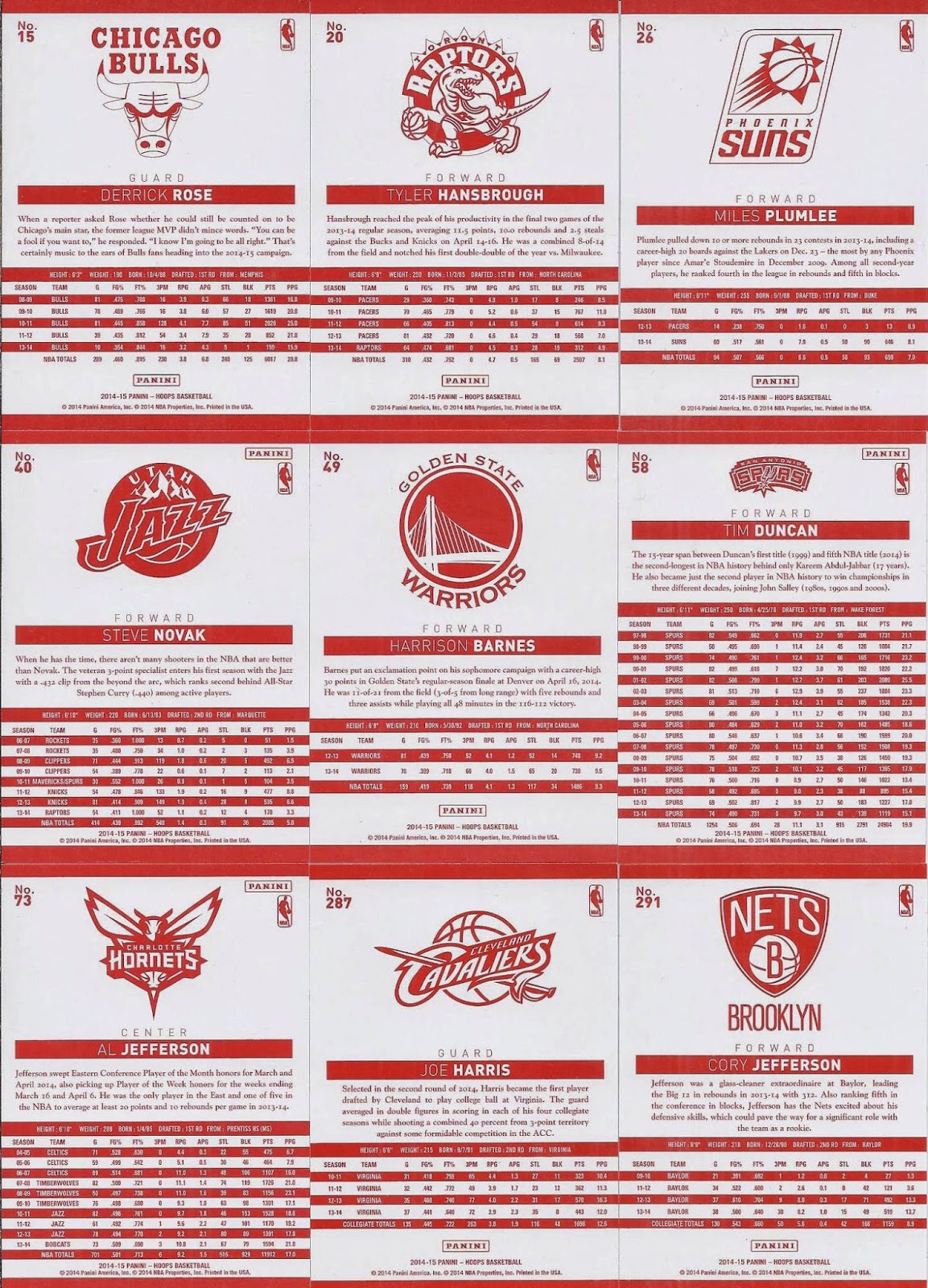 On to the parallels. Here are the red backs. Interestingly, I don't think I pulled a single standard base card of any of these cards. These are as hard to read in hand as they look in the scan.

10 of the green parallels? Way to hose up my scanning with that collation. But, you've got a pair of lottery picks here, and a I really do like pulling a green parallel of Jeff Green in Celtics green. 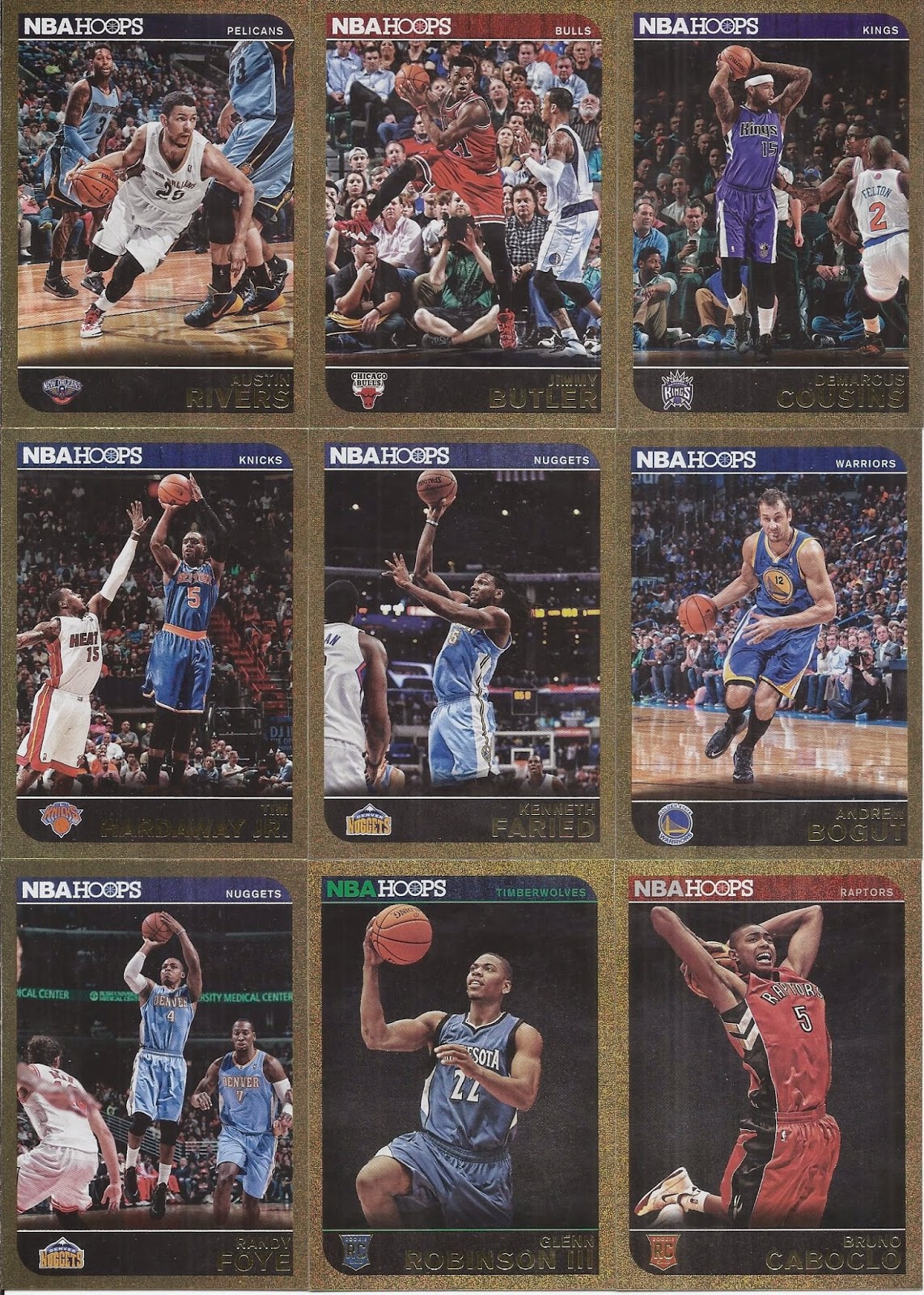 Here's the gold. With apology to Dennis @ Too Many Manninghams, your package was sealed up before I really started working my way through all the packs, thus meaning that the Hardaway Jr and Robinson III will have to wait to head stateside. At least I pulled a pair of Raptor parallels with this Caboclo and the earlier red back of Hansbrough. 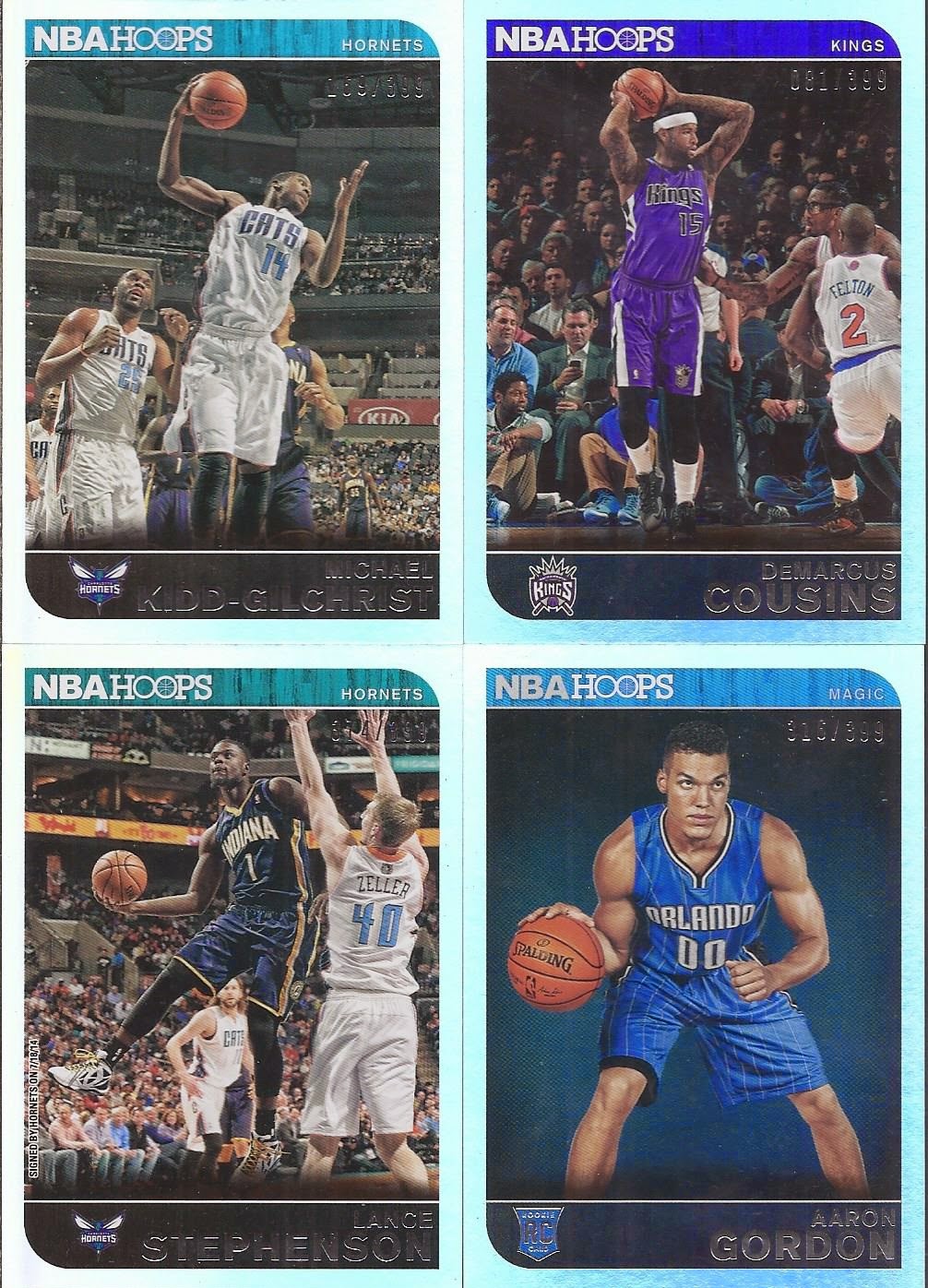 Here were the silver parallels. And there's my third parallel of a top 5 draft pick in this box. Counting the Wiggins /99 I got from a pack at the LCS, that's a nice run on the parallels. The background on the Gordon does have a slight blue tinge on the base, so that isn't part of the parallel design. Still looks nice though, even if it is unintentional. 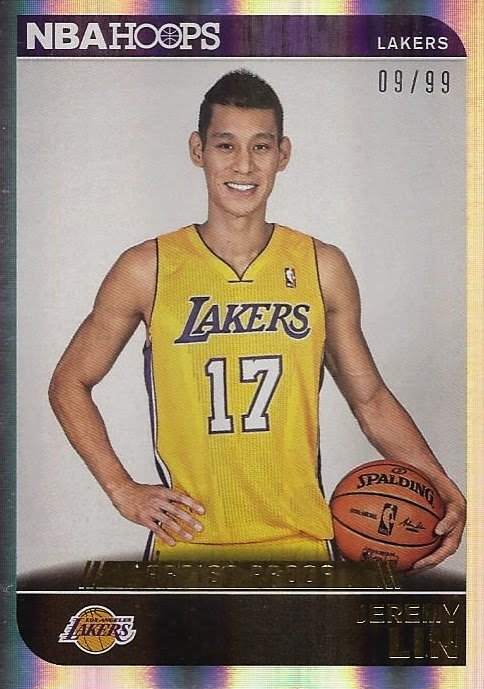 I guess these fall one per box. Is Lin-sanity still a thing? 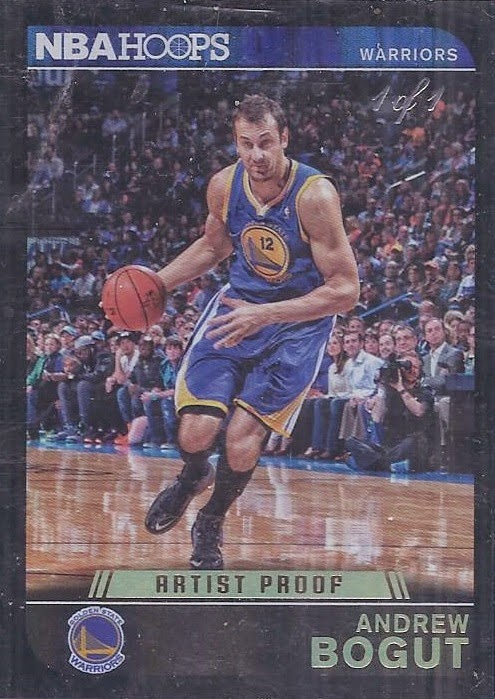 I guess if you know an Andrew Bogut super collector that happened to pull a Raptors 1/1 from their Hoops box, send them my way!
Posted by buckstorecards at 14:33