It has been over two weeks since I last busted a repack, so it is time to remedy that and grab one. One of those cubes with 6 packs of cards, 10 packs of stickers, and 55 random cards will do the trick. I'll show off the packs now, and the rest in the next post. And then I can answer the question as to whether I got more value from the cube or the cards.

Well, it doesn't start with a good variety of brands, but it ends with a nice mix. All the sticker packs were 2009-10.

I'll use the order above with the packs. 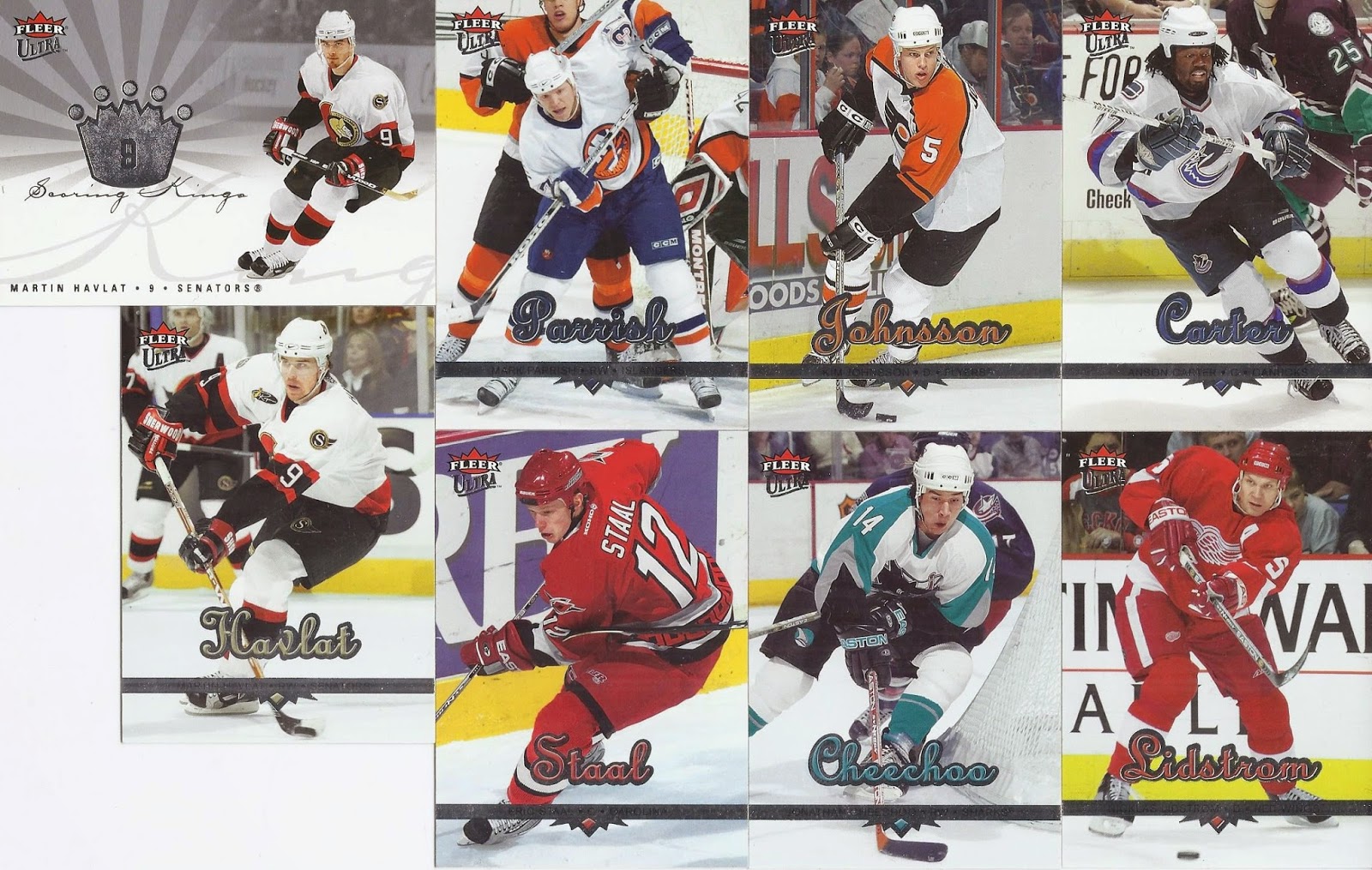 8 cards in a pack? That's perfect  for scanning! Two Senators cards in the same pack is a nice start as well, even if they are Martin Havlat. Anson Carter sure had a lot of short runs with teams in the mid 00s. 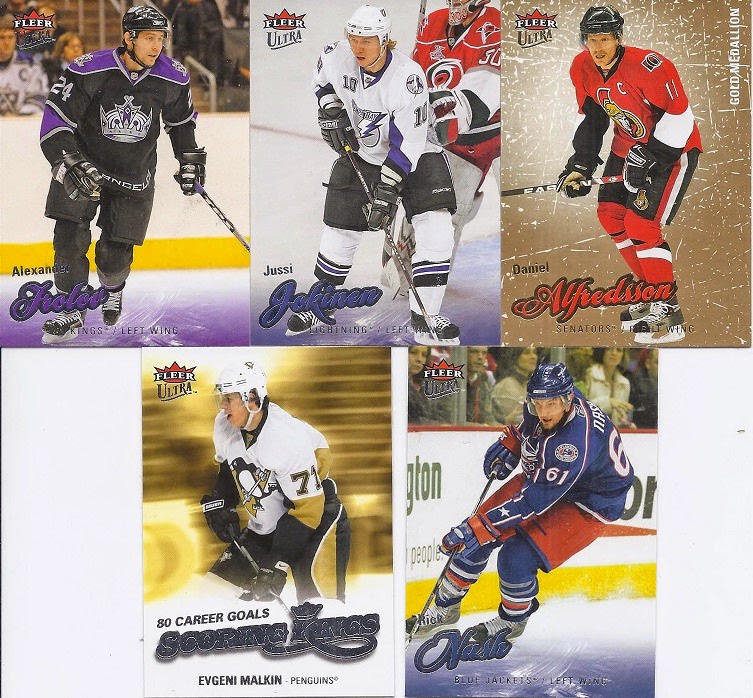 Down to only 5 cards in 07-08, but I did pull a nice parallel of Alfredsson for my PC of his. That's a definite plus for the cards in their battle with the cube. 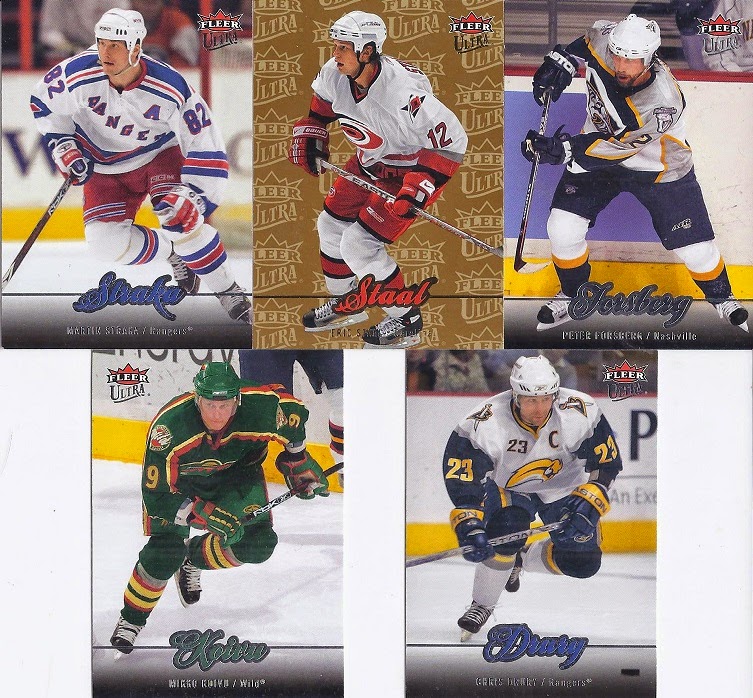 5 cards as well the next year, but really nothing too spectacular here. Generic photos and nothing for any of my PCs. I guess the card of Forsberg on the Predators is the best, but it is still really bland. 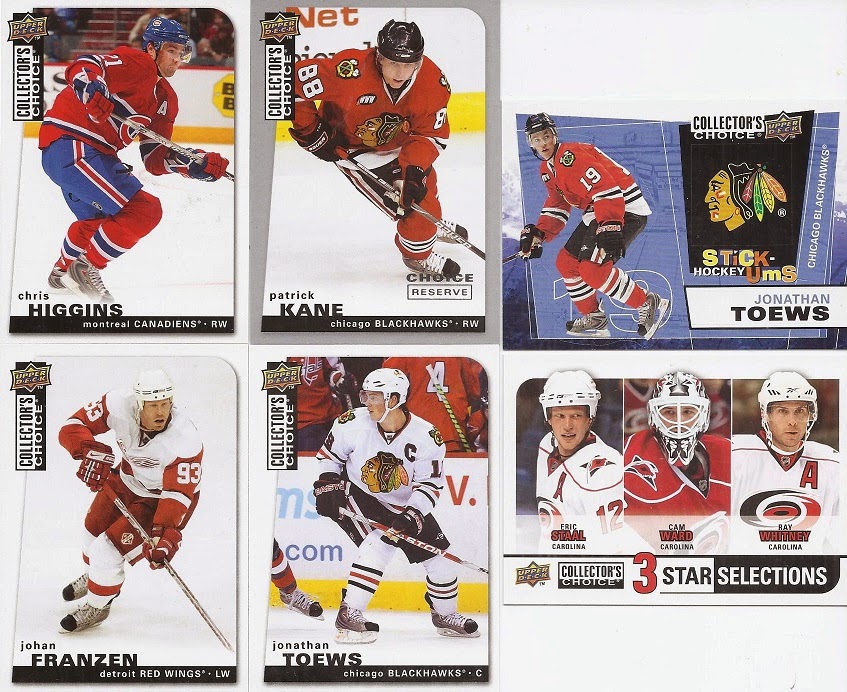 This might be a perfect example of a Blackhawks hot pack. Hopefully, I'll find a couple more nice Hawks cards at the Expo so I can ship these off to 2*3 Heroes 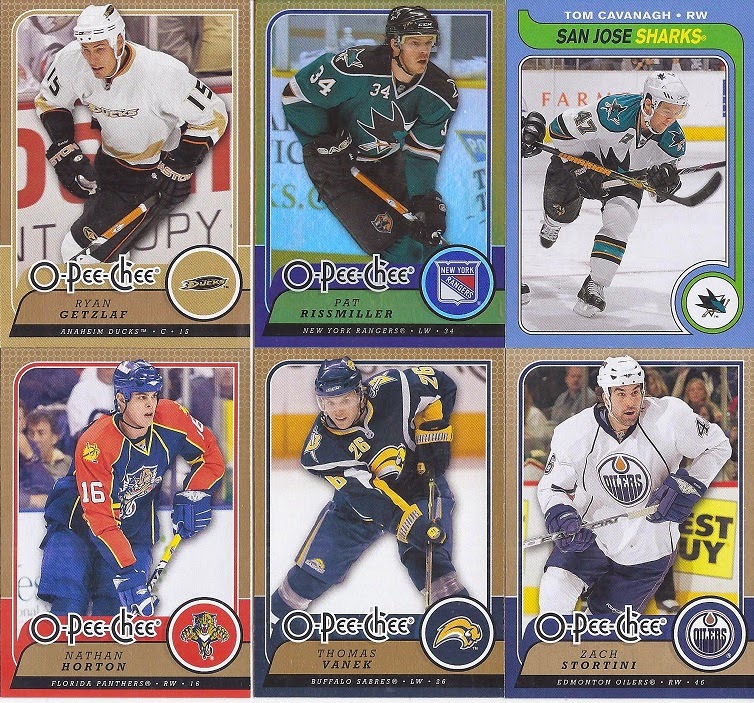 Unfortunately, the retro card in the was the ill-fated Tom Cavanagh. Depressing stuff. Although the shiny card of an obscure player does cheer me up a bit. 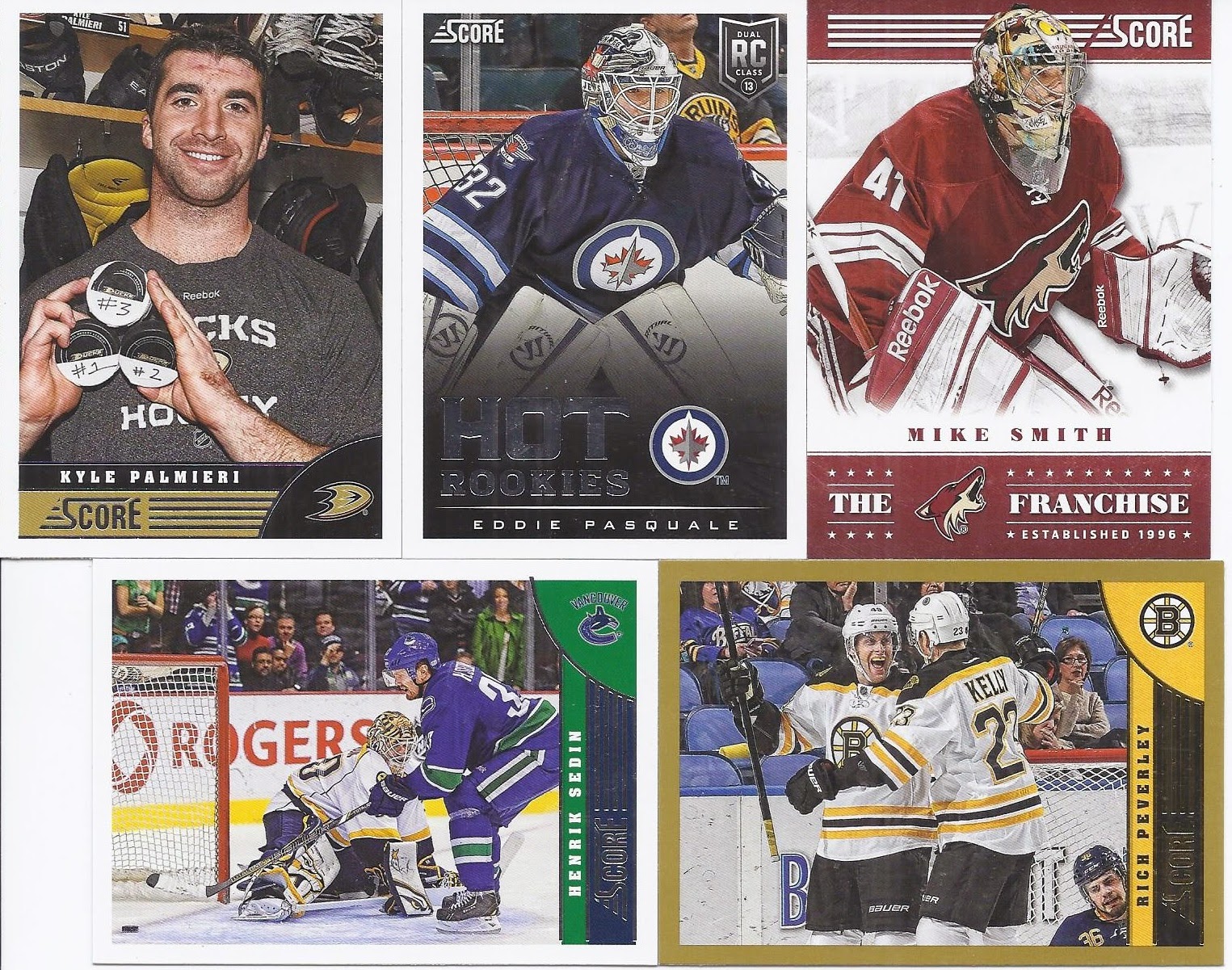 And Score. 12 cards are too many for the scanner, but I'll highlight the ones bound for my mask binder and the interesting photographs in the bunch. 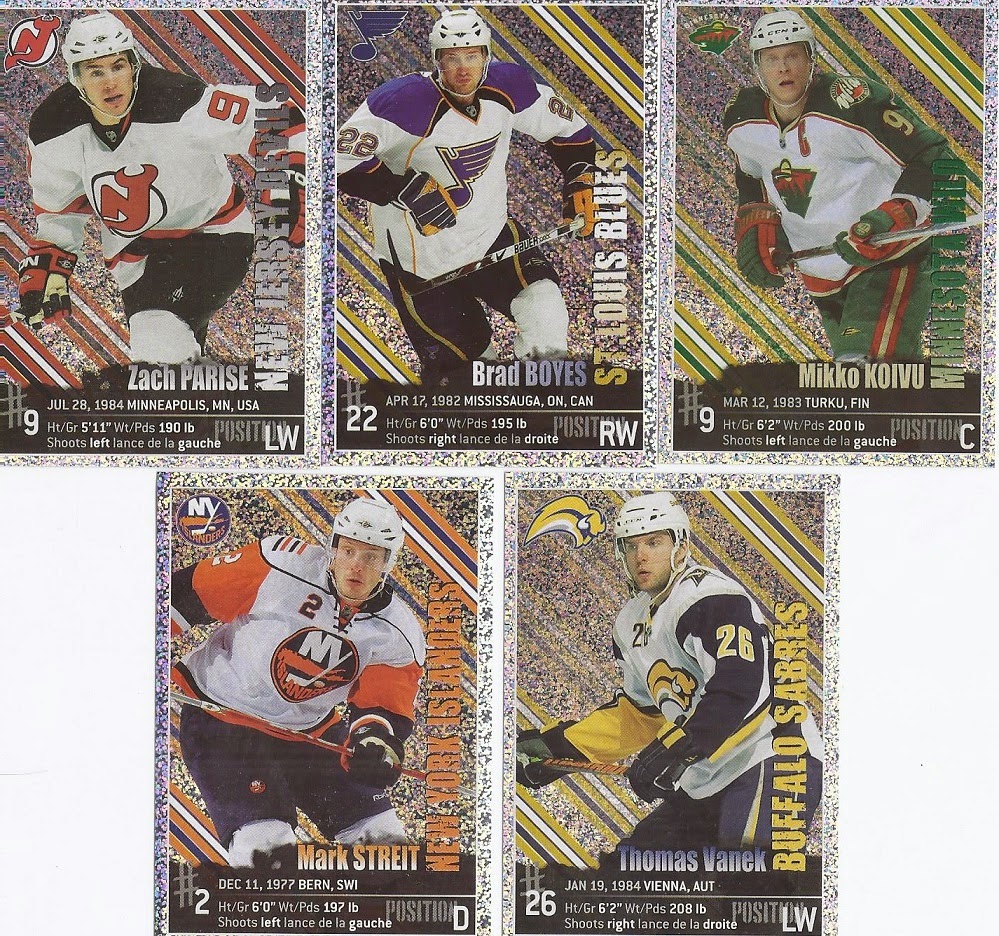 And the stickers. There were some shiny ones in the bunch, but my favourites were two of the "puzzle piece" style stickers. 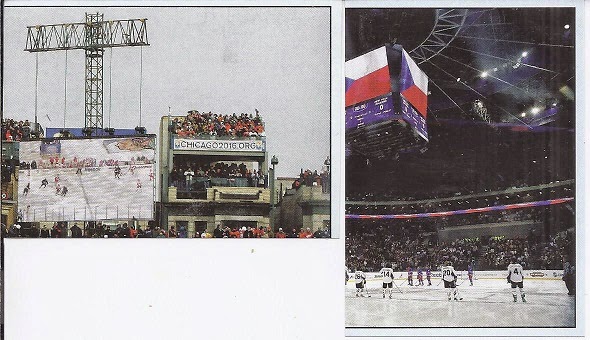 Which completes the two that make up a picture from a Lightning/Rangers game in the Czech Republic, and puts me one away from the one that will finish the Wrigley Heritage Classic one. Which might make me add that sticker to my top 10 most wanted list sooner rather than later. 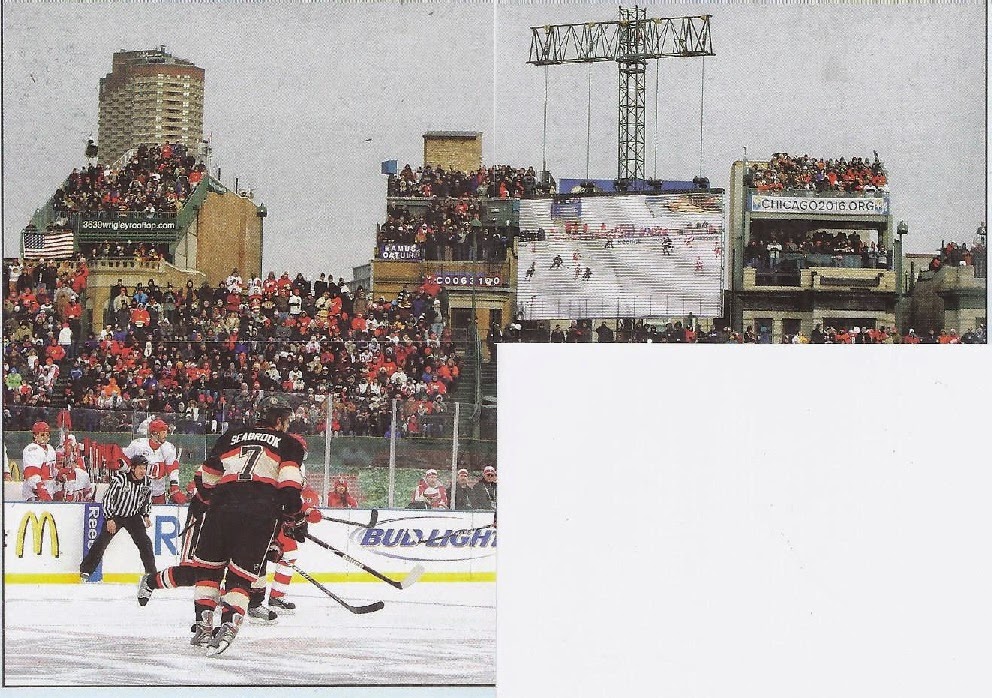 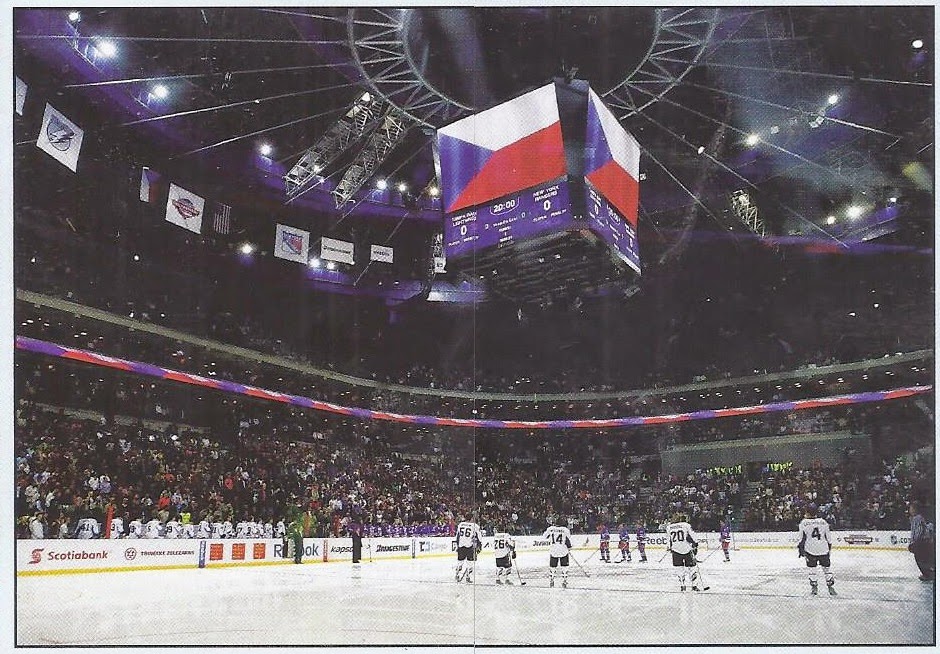