Always good to do a zistle trade, especially one that makes a small expansion beyond the promised card. I took a look at his profile, and noticed he was a big fan of Patrice Bergeron. Since I had a dual relic of his around, I wanted to see if I could swap it for a Senators hit. He was up for it, and I sent out the Bergeron, and added this to my Senators collection: 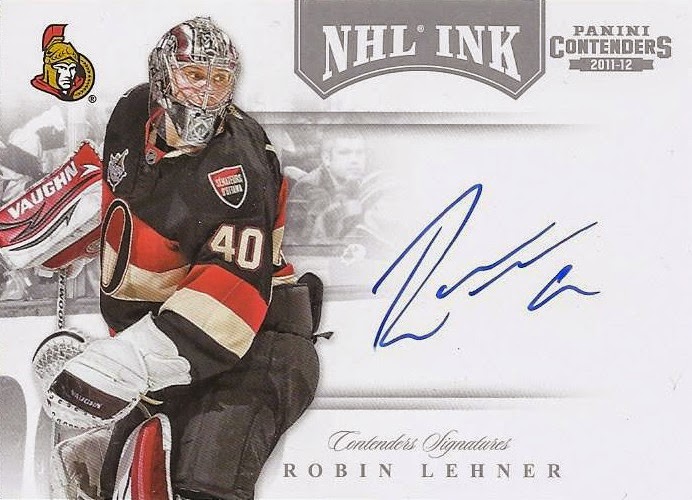 Not the best penmanship, but is a nice large on-card signature. And Lehner seems to be back to solid performances in net following an off season last year. 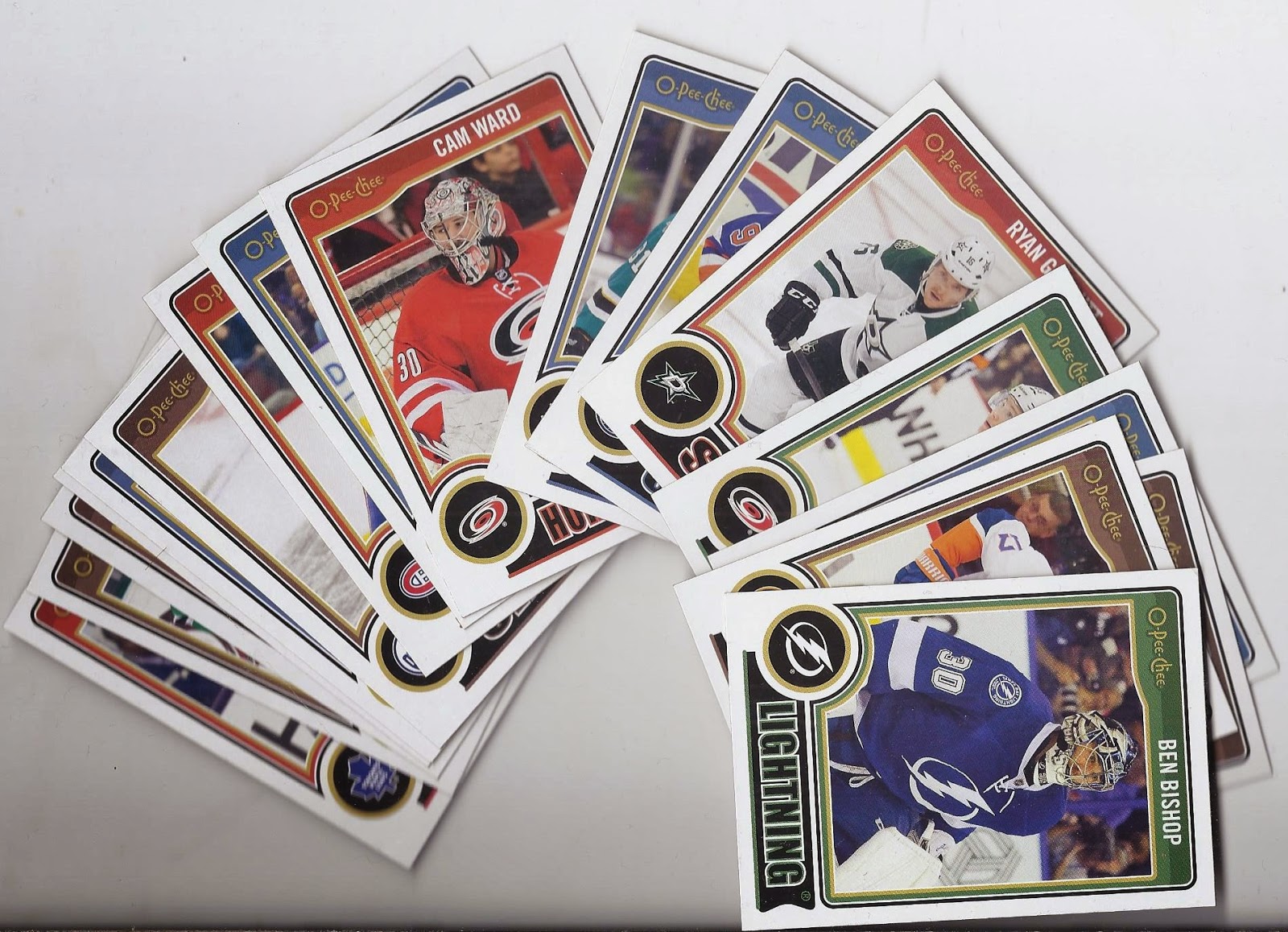 Moving back to the brunt of the trade, I added a nice small group of cards to my set build of 2014 OPC. 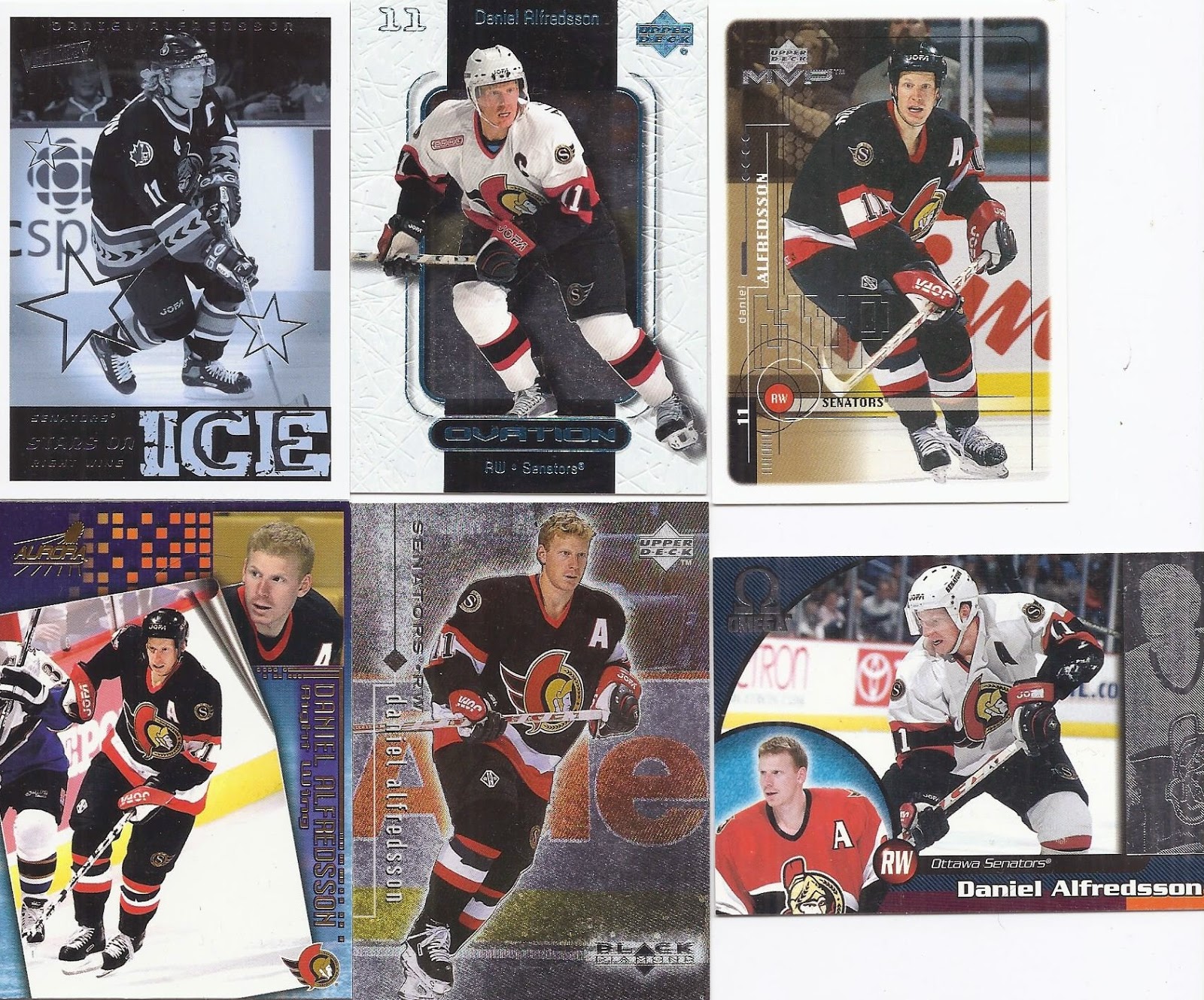 And 6 new Alfredssons for my PC of his.

The Milan Hejduk portion of my 2/14 collection now stands at 67, but that is still 2 behind Marian Gaborik for the numbers lead both in hockey and overall. 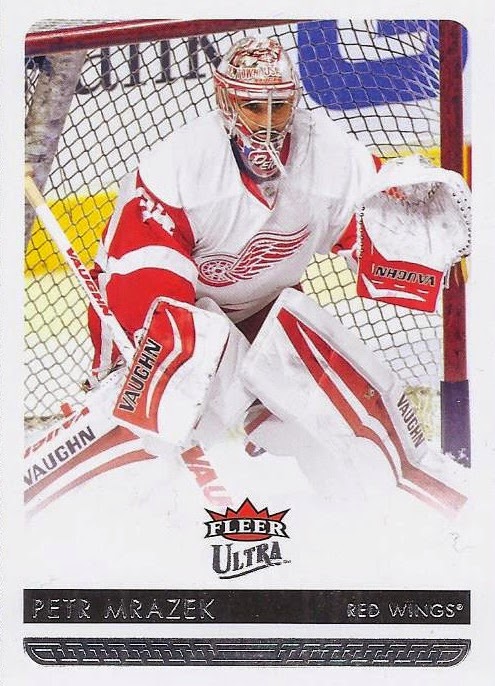 And a nice new Petr Mrazek for his portion of the collection. He stands at 7. I'm still debating whether it is better for him to stay in the minors and not get a lot of cards, keeping his cards cheap, or for him to get some more action leading to more cards.

And that's a nice mix of hockey cards on their way to the binders.
Posted by buckstorecards at 17:13