Admin note: I've started on the road to a 670 post recap of 1994 Collector's Choice baseball with a thrilling post of the box the cards came in. I'm still pondering what format to use once I start the card my card countdown, so it might stay that way for a bit.

Now, let's start to really dig into the Expo goodies, as I show off a box of ITG Canadiana. 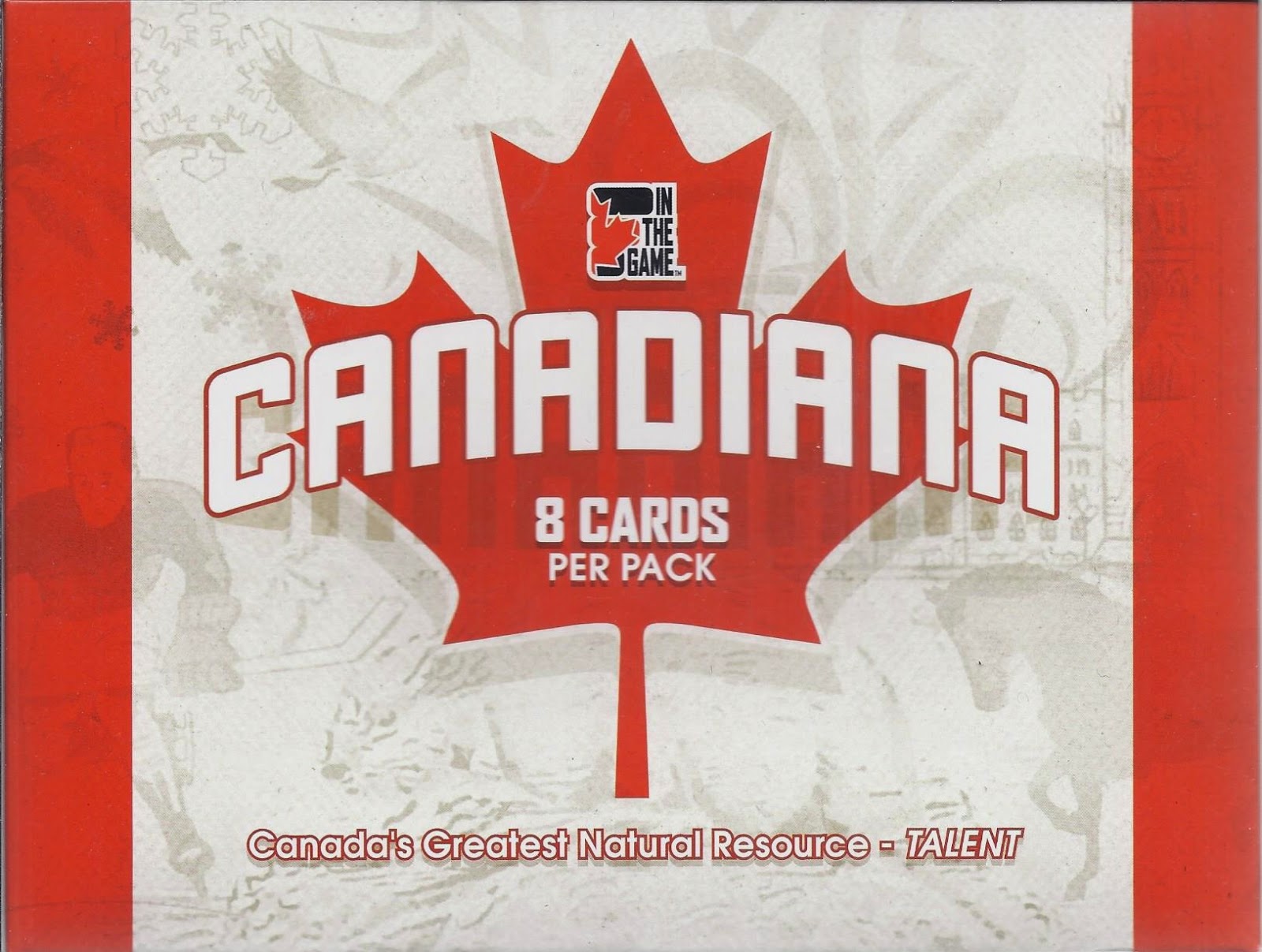 This was a product I really wanted to try for a bit, following its 2011 release - since it had a really odd checklist. While it had the expected hockey content, there were other sports covered as well. I'd picked up a double relic of Ferguson Jenkins and Terry Puhl off of COMC as a centerpiece item for my Canadians in MLB collection. Basically, a lot of Canadian celebrities in and out of the sporting world. Want a piece of Trish Stratus' pants (get your mind out of the sewer!)? A cut autograph of Phil Hartman? They're all things you could pull.

This was what was promised. I was a little hesitant at the price I'd often see of 50-60 dollars. That's about the same as I'd pay on ebay once shipping got factored in. So I still passed. But, when I saw one for $35 at the show, I figured I'd take the risk and try one of these boxes. Or packs. 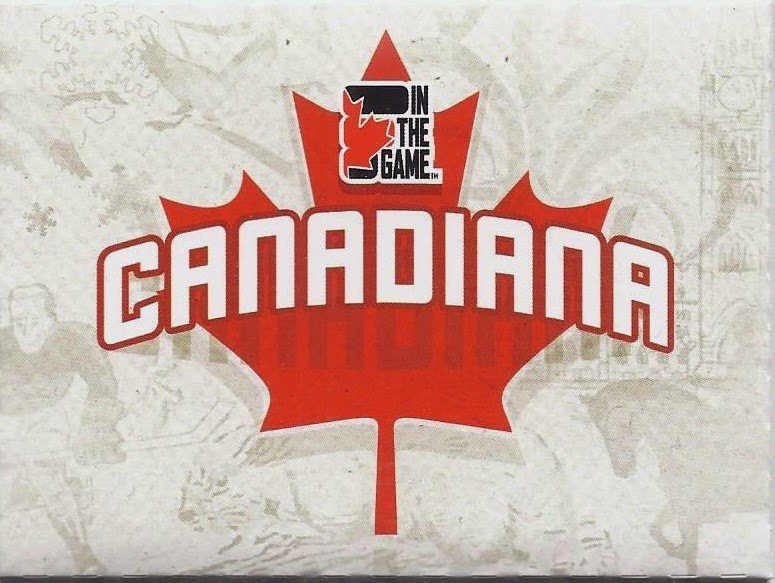 But, pack was really a misnomer. What they called a pack was actually a small sliding case with this placed on top of it. Definitely not a pack, but at least it was easy to open.

Enough with the packaging. Let's get to the cards. 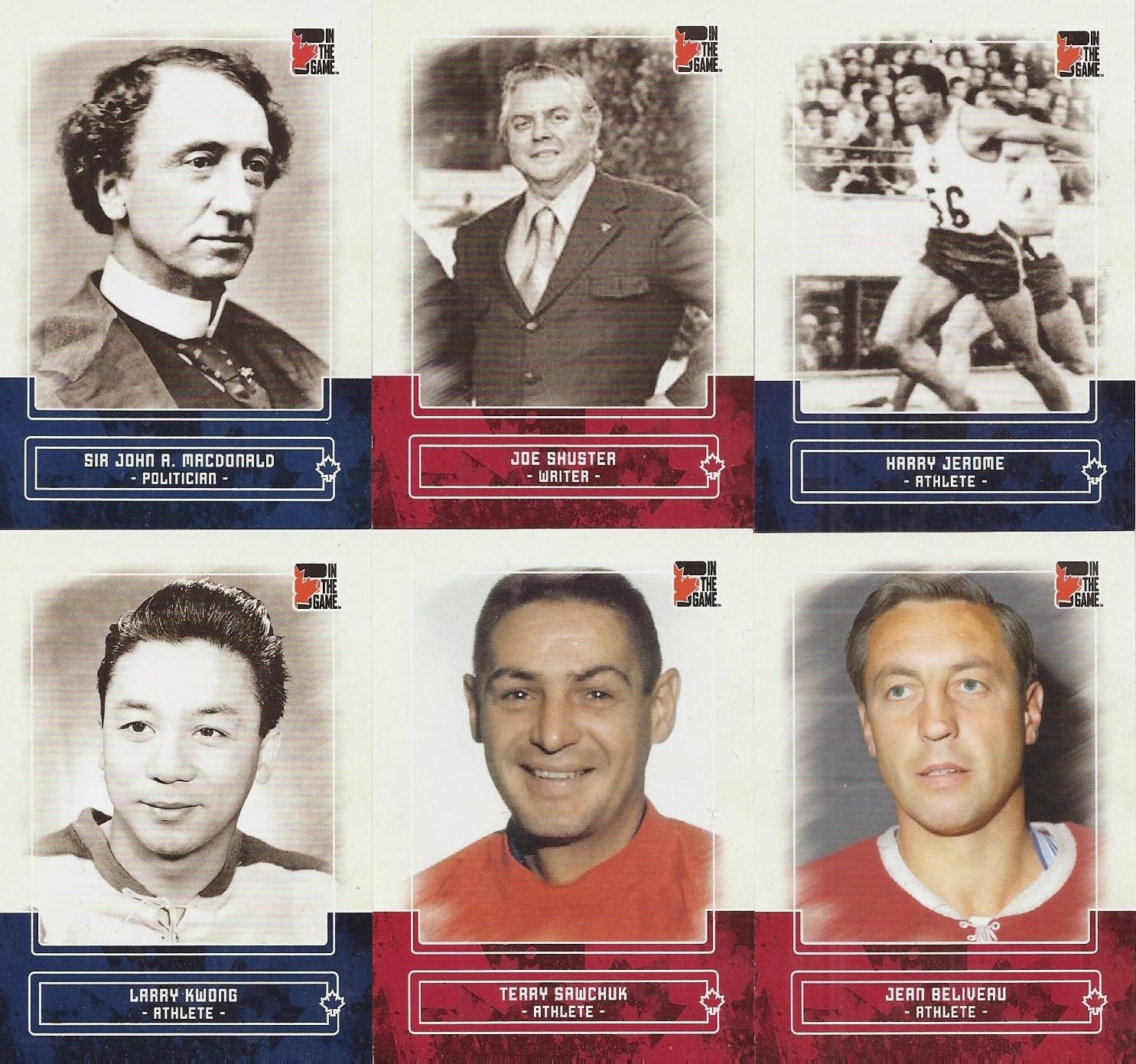 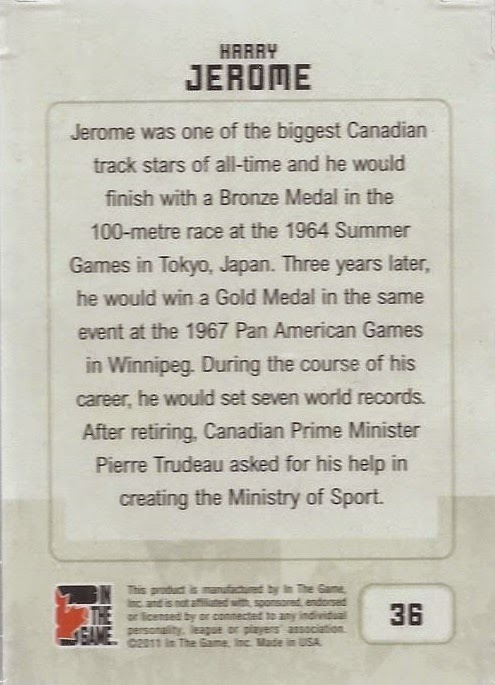 No stats on the back of any of these, just a short biography. 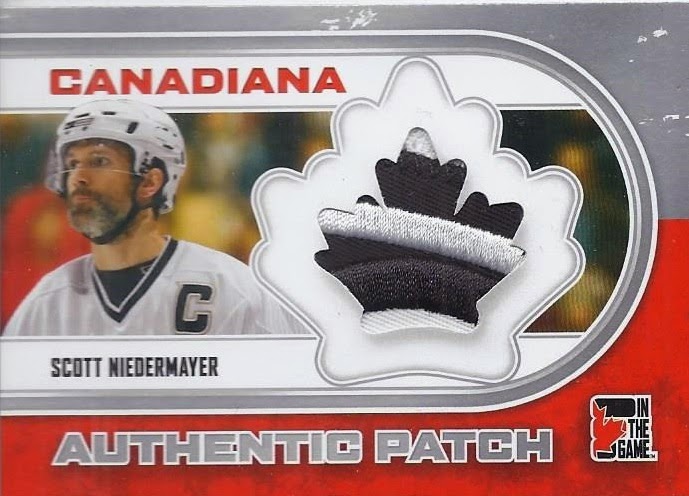 DANG! That is one heck of a patch on the memorabilia card! It is from a Ducks uniform, and is practically bursting through the maple leaf. This is a silver parallel, limited to either 25 or 30 depending on which ebay auction you believe. I'm not sure where on the Ducks logo this patch comes from, but I'll assume PtSiA would know. 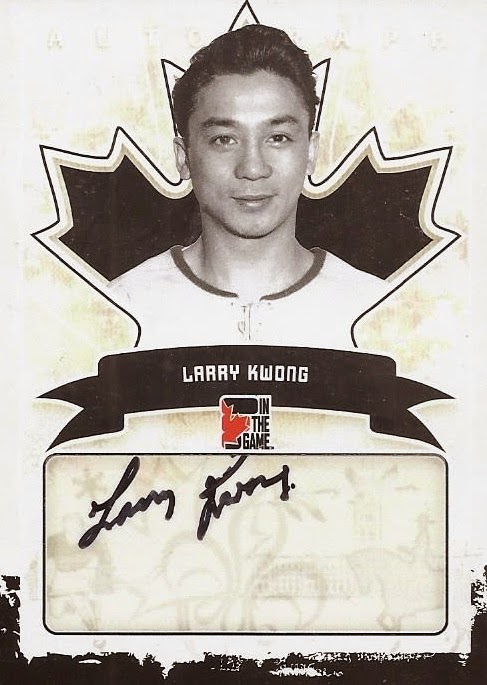 And definitely an interesting auto. Only in a set like this would you find an auto of a guy with one total game of NHL experience, and have it be a great pull. This is a stickergraph, but ITG always does a great job of making the stickers perfectly fit the design of the card. I guess he could have used the room on the sticker better, but he was about 88 years old when he signed these, so I really can't complain.

But, there was actually an extra autograph in here. 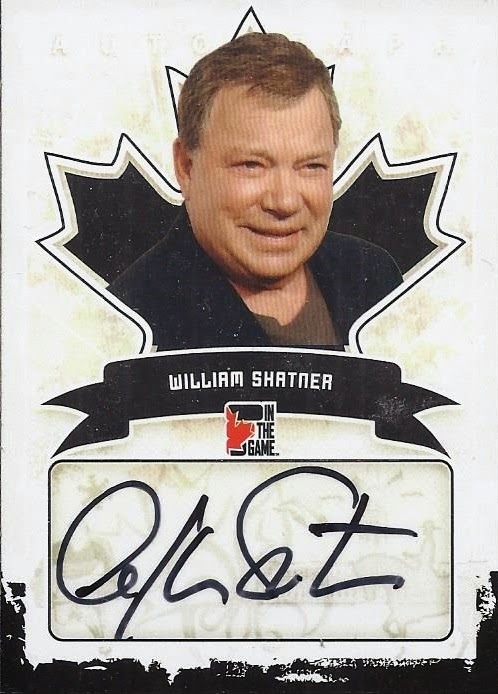 Yup. This one is a pretty nice as a bonus pull. And considering what someone has this on ebay for, I'm really tempted to give this one a flip, albeit probably closer to half of what that person is selling the card for.

I definitely got my money worth here. The Kwong is a certain keeper for me, and I should easily recover the box cost on the Shatner.

There's one box down. Tomorrow, Hoops! Or random singles. Something expo-y.
Posted by buckstorecards at 13:22