Time to recap another envelope that has shown up north of the border. 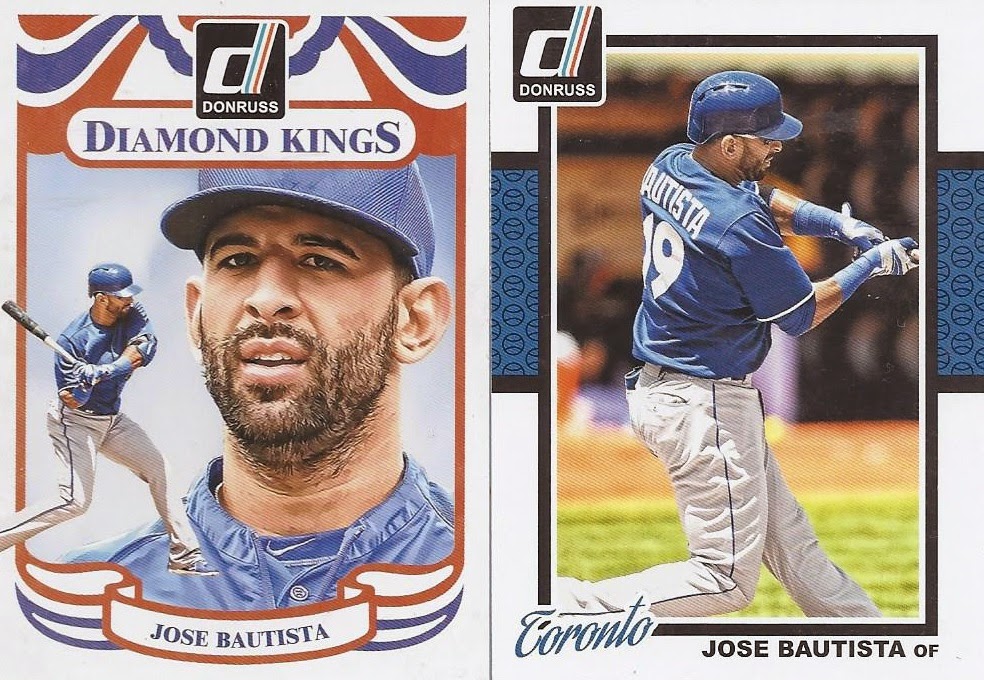 If base cards are your thing, this would definitely not have been a trade package for you. These were the only two that you'd consider to be base cards. And one is a short print. I really do like the photo choice for the regular Joey Bats - it hides the lack of licensing perfectly. 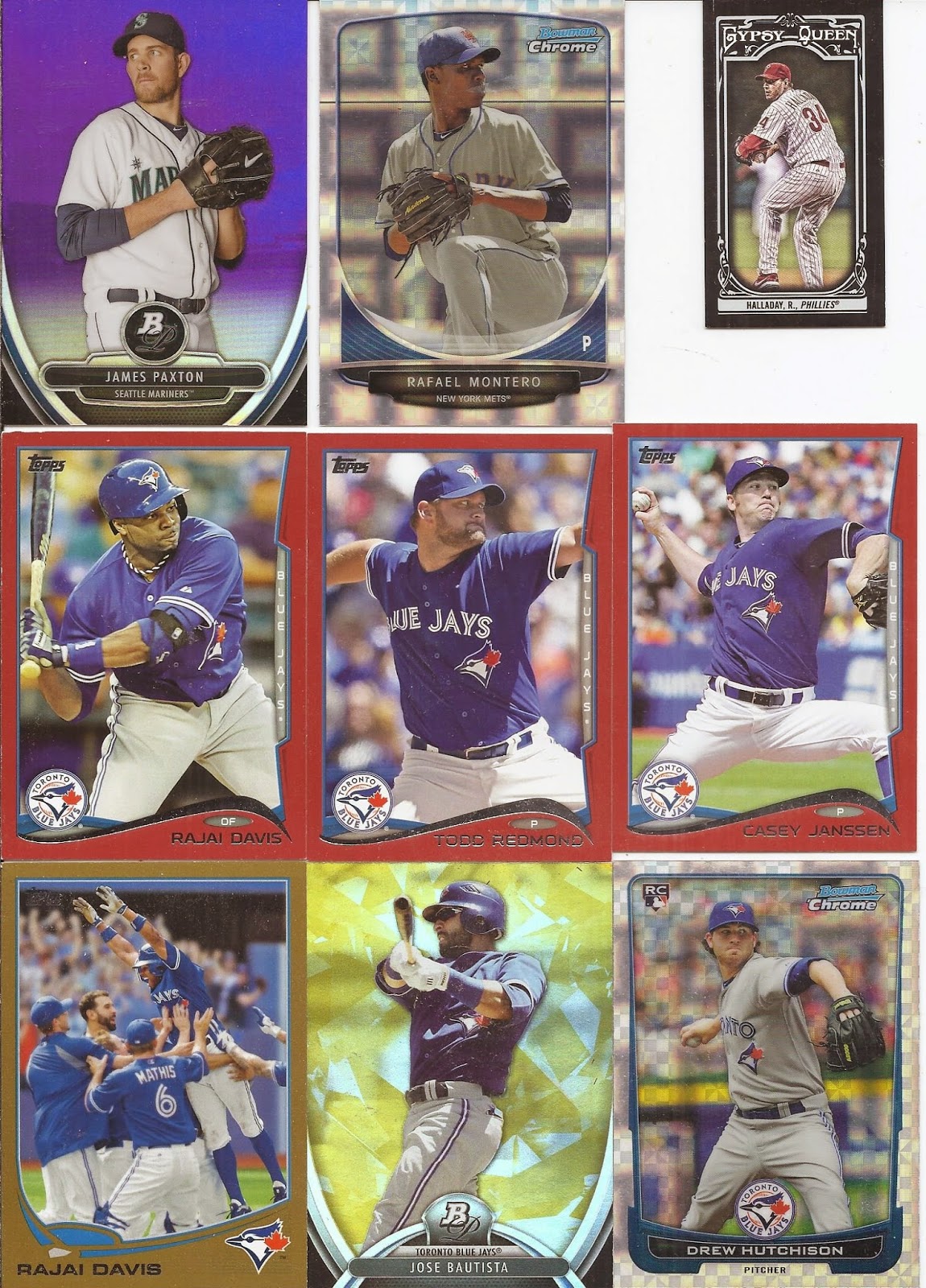 But it was with the parallels that things began to shine (pun not intended). Firstly, there's a purple parallel of Canadian James Paxton, followed by a single Met card and my first black mini parallel from last year's GQ set. The Blue Jays are next with Target parallels, then some gold (that Rajai Davis from last year was spectacular, although I wish they'd used his wall climb catch), and some more X-Fractory stuff. 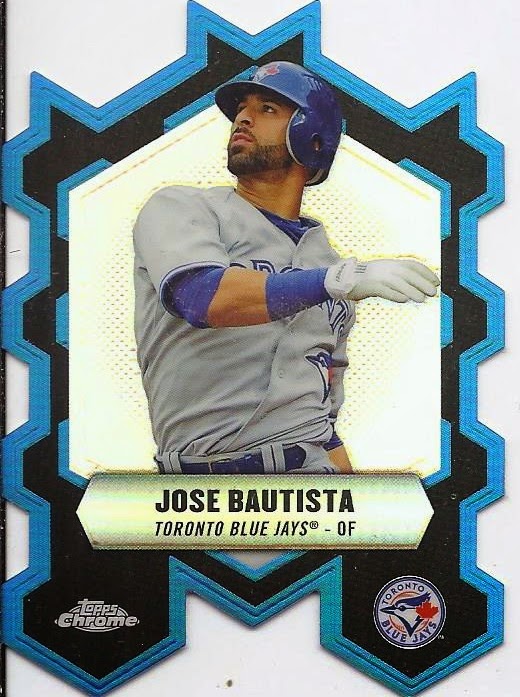 I'm sure if I ever need to kill someone with a baseball card, this will be the one I use. 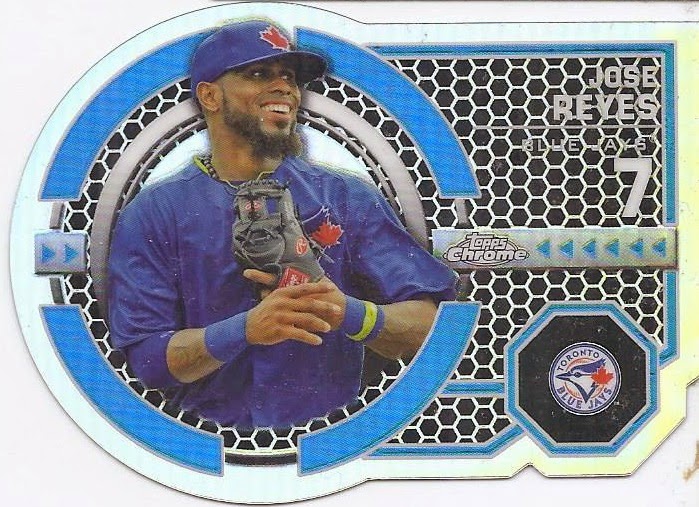 And more die cut, shiny fun from last year's Chrome. Perhaps not as lethal as the Joey Bats card, but still nice, and least it won't be as time consuming to put this into a penny sleeve. Although I did get that one on the first try, meaning that it is likely some other insane die-cut card I'm confusing that insane die-cut card with. 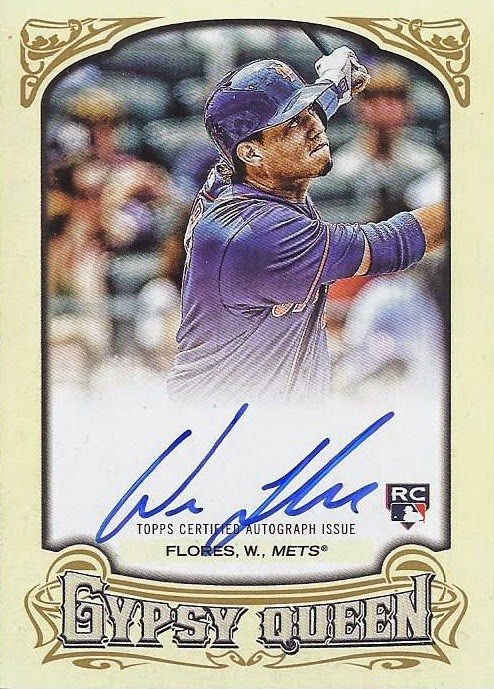 And last, but not least, an auto of Wilmer Flores. Last year, it seemed every Mets fan except me got their hands on some sort of Jeurys Familia auto except me. This year, it was Wilmer Flores. But, this takes care of that.

Thanks for the goodies, CR!

Posted by buckstorecards at 16:47