Let's wrap up yet another bubble envelope of goodies! 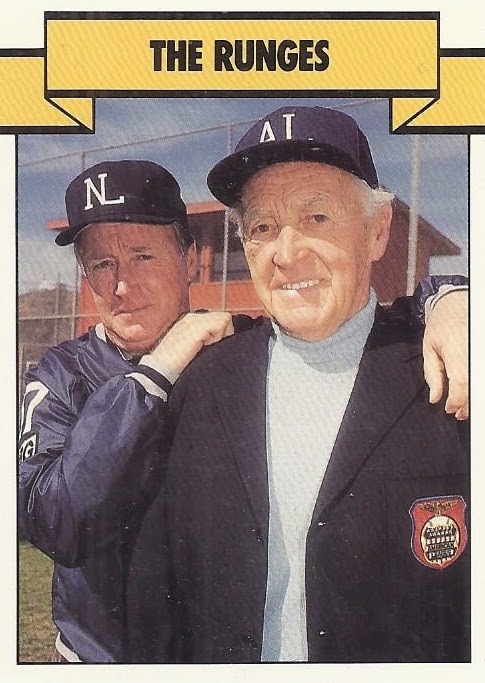 Yes, I picked up a card from an umpire set. Because why wouldn't I? And if I'm going to do such a thing, I might as well go all in and get a two for one umpire card saluting a family of umpires. A third Runge was also an umpire in MLB until a year or so ago. 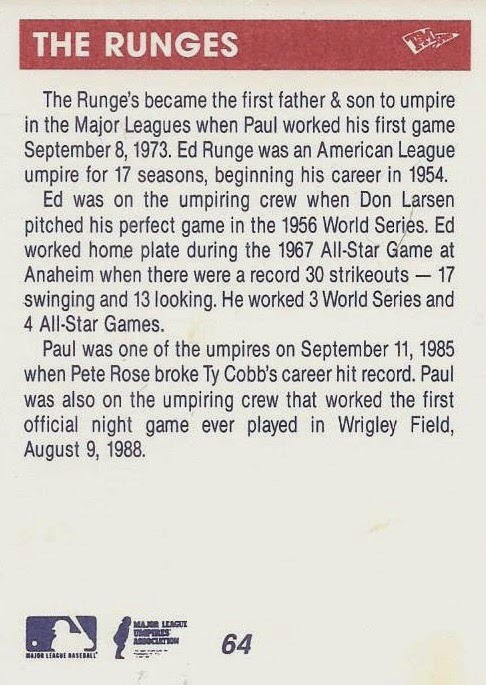 And you even get a write up on the back! I'm now upset I didn't get more of these! 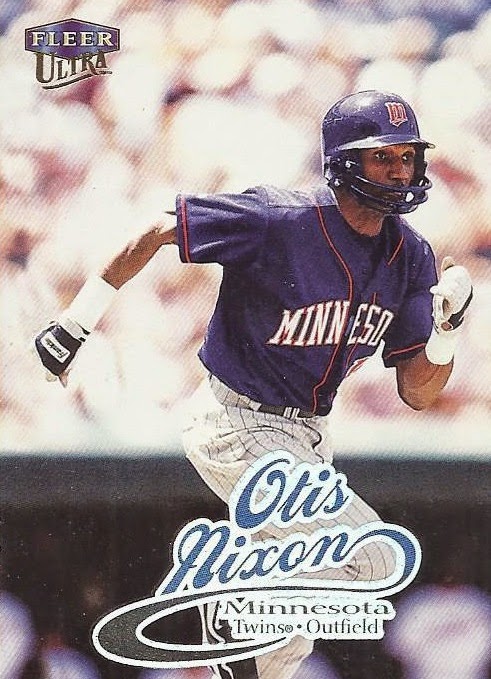 Otis Nixon always seems to make the lists when people list some of the ugliest people ever to play baseball. Someone in a Herb Tarlek suit should be hanging out at county fairs trying to lure you into a booth simply to look at his cards. "And you can see Serpentina, the Snake Lady, too! Cmon! It's only a dollar! I'll even let you take one his 1987 Topps home!"

So, does this Hannibal Lecter helmet make things better by obscuring his face? Or does it amp the nightmare factor up tenfold? 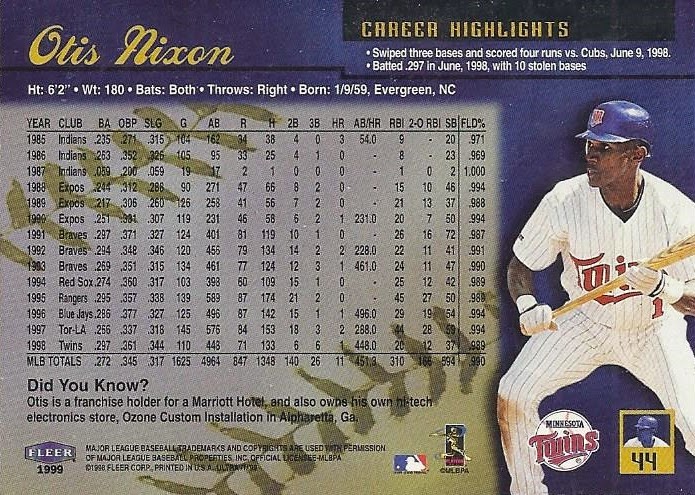 At least the back features a bunt photo! 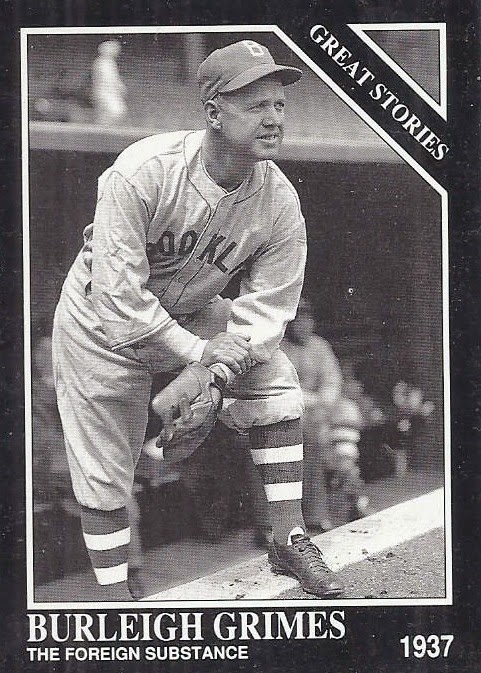 I didn't pick up this Conlon card for the subject matter on the front... 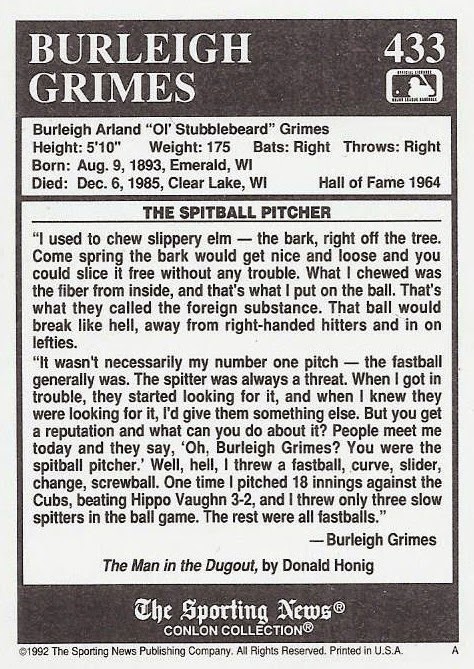 but for the story of the spitball on the back. 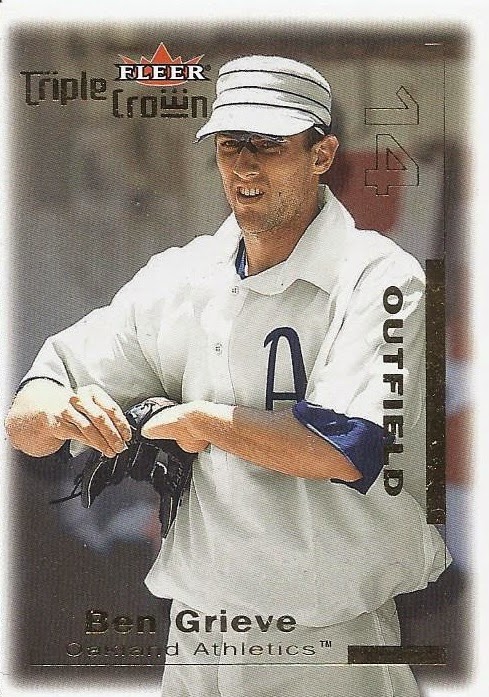 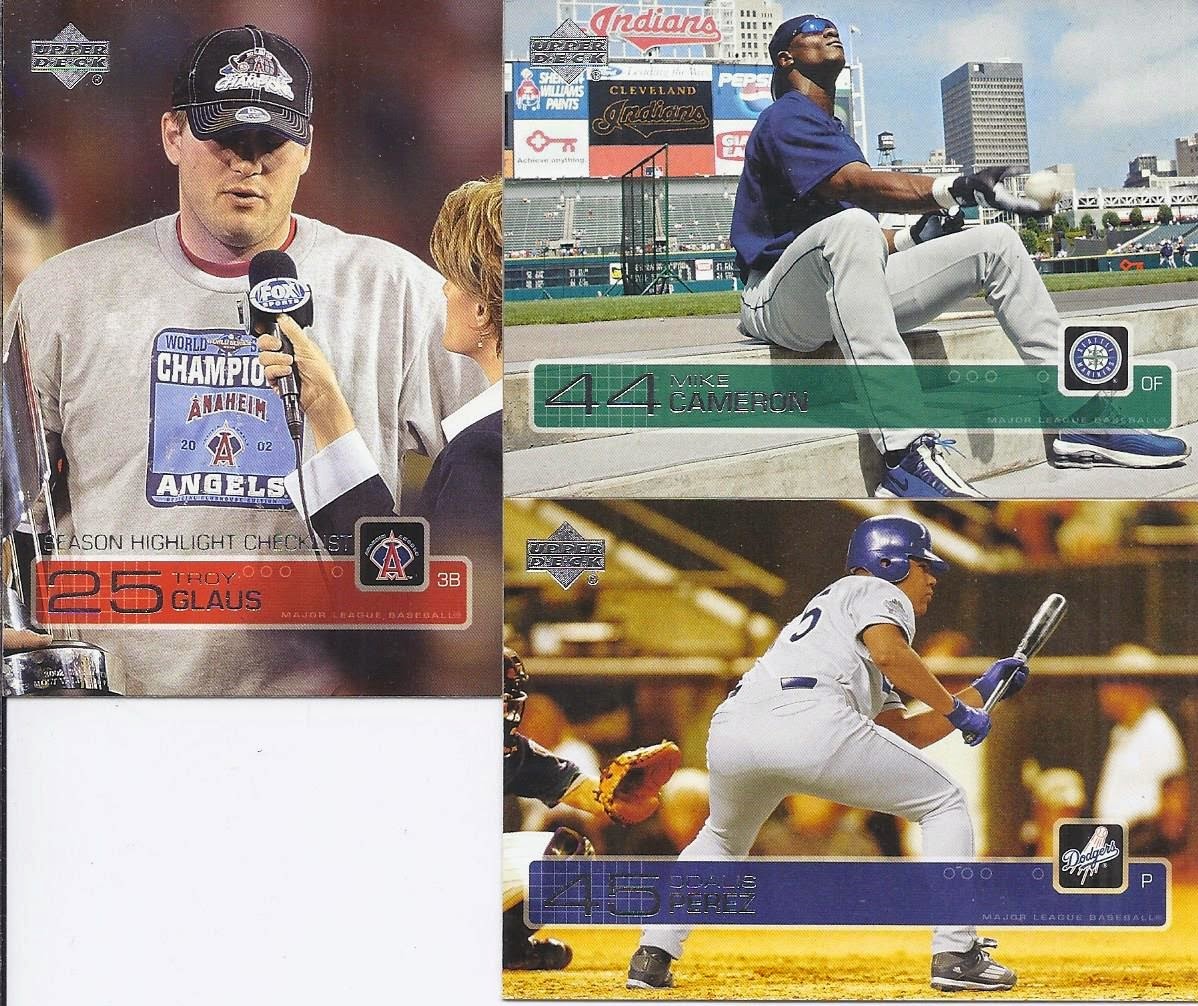 And to end things, here's just 3 cards out of 2003 Upper Deck. There are a good number of interview shots out there. I don't think there could be a better one for the subject than an interview after winning the World Series. There's a whole lot of butt on Odalis' pitcher at the plate card, and the stadium and the city behind is the real star of the Mike Cameron card.
Posted by buckstorecards at 14:19