Time to reach back into the COMC and pull out some more cards. The only ones left that I can combine into some sort of theme is a small collection of 1994 Topps and 1995 Pinnacle. 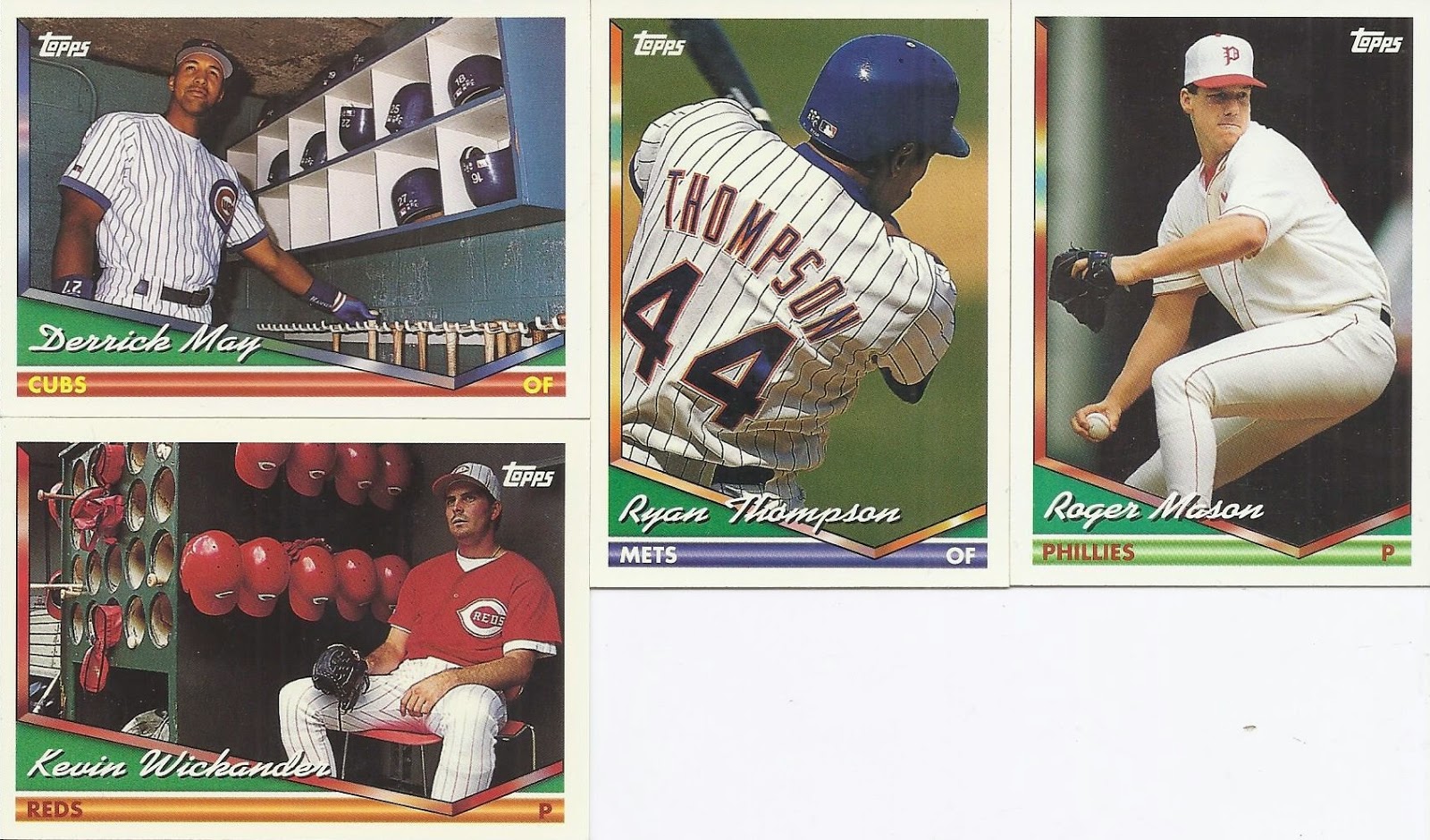 Definitely not a major acquisition when it comes to 1994 Topps. Mainly, it was a quick look through COMC for a few interesting photos in the set, and add a few cards into my shopping cart that intrigue me. I think those two cards are among the top cards when ranked in terms of the number of batting helmets visible in a card. A throwback uniform makes an appearance. We can google around and trace this to a game from August 1, 1993. Roger Mason picked up the win that day. 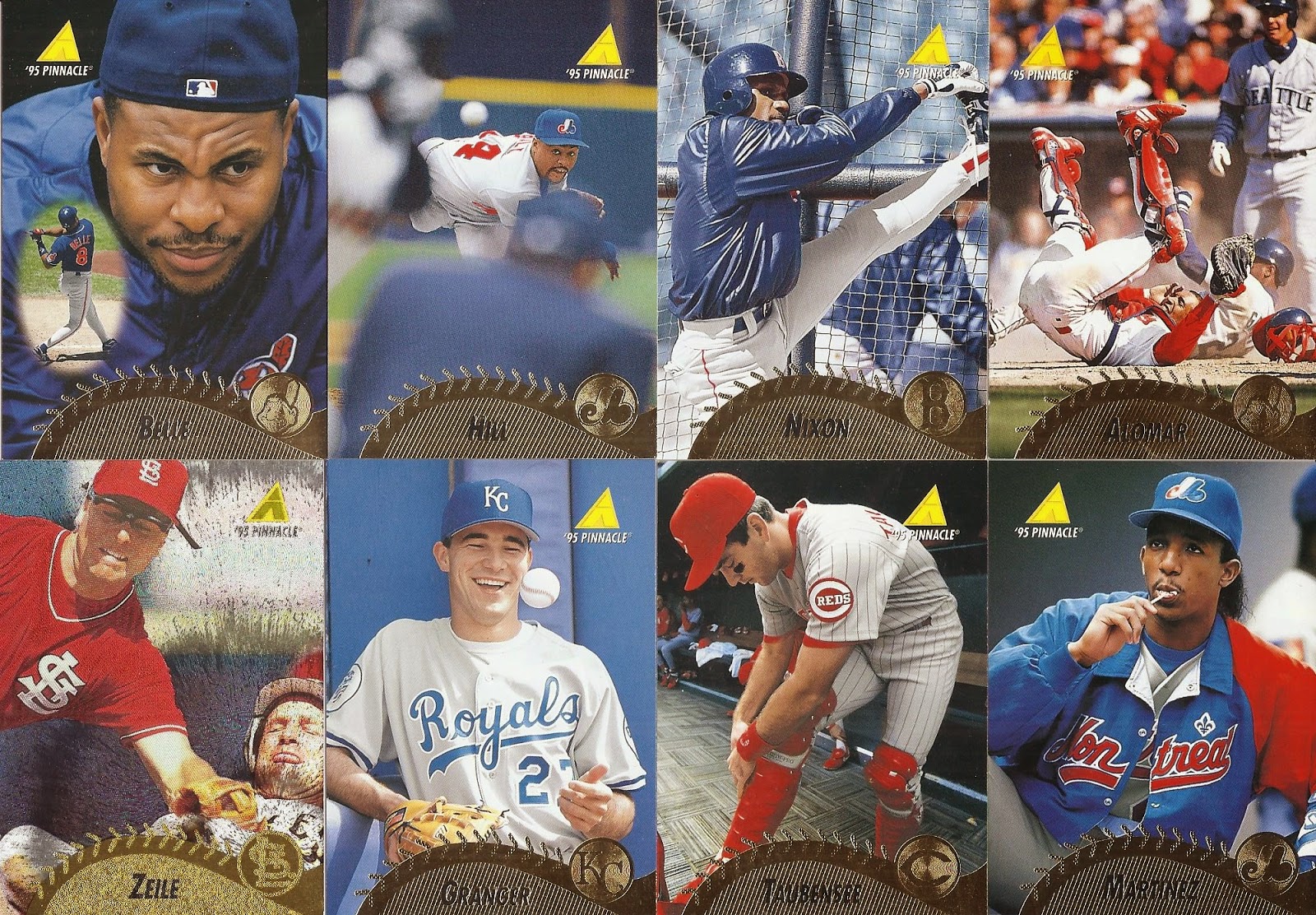 In terms of non-set building volume, 1995 Pinnacle was the leader in terms of cards for a set build. First up were these standard vertical cards. I love the inset use on the Belle. It almost looks like he's dreaming about at bats. The Ken Hill is an interesting perspective. The Otis Nixon might be the most photogenic he has ever appeared on cardboard. There's a great aftermath of a PATP on Alomar. I would have rather had the Todd Ziele base card for the clearer photo, but I still like the perspective on the play at third. Jeff Granger must amuse easily. There's my second 'donning the tools if ignorance' card in this justcommons run, and how could you not want a card with Pedro Martinez enjoying a lollipop?

But there were also a three-pack of horizontal cards as well. Autograph signings. Donuts. And they couldn't have superimposed John Burkett's head in a better place to give a view of The Ballpark.

And there's another 15 cards from that envelope.
Posted by buckstorecards at 14:18