It is the end of one box! But, with 70+ cards in my inventory, I've got a few more posts that will go well into the new year. 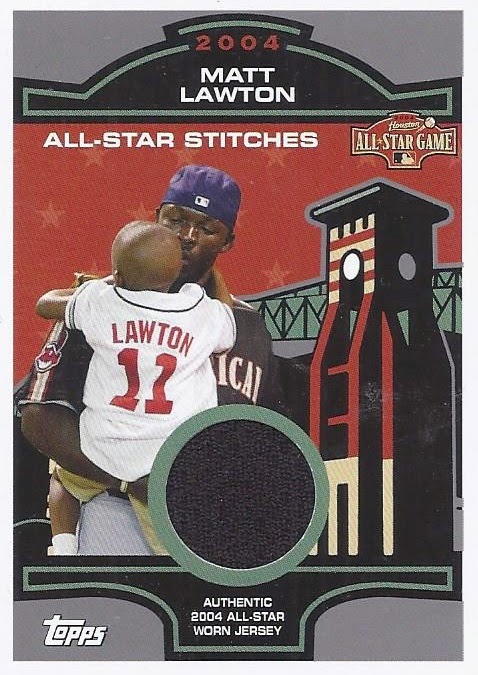 Only one hit left in the box, and I'm leading with it. Matt's son (Chaseton as per wiki) isn't even the youngest person ever to appear on a baseball relic card.  In this same subset, CC Sabathia also appears with his son. This one was the cheaper option. This might be the only time I picked up a hit just because I liked the photograph to appear on the card as opposed to something about the hit. 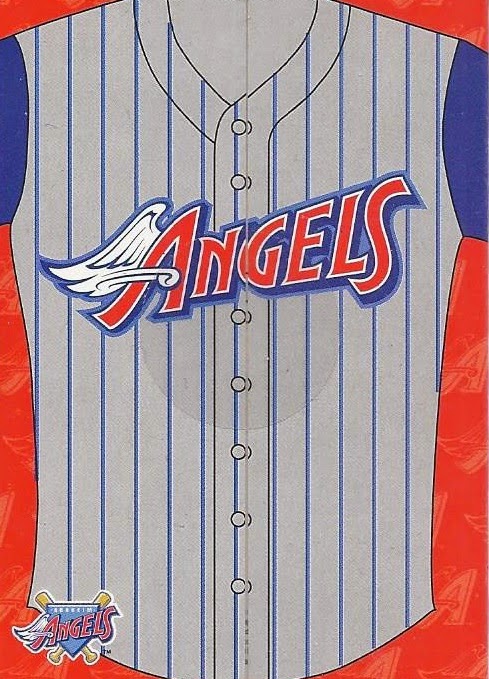 This puts a whole new spin on the term "jersey card". 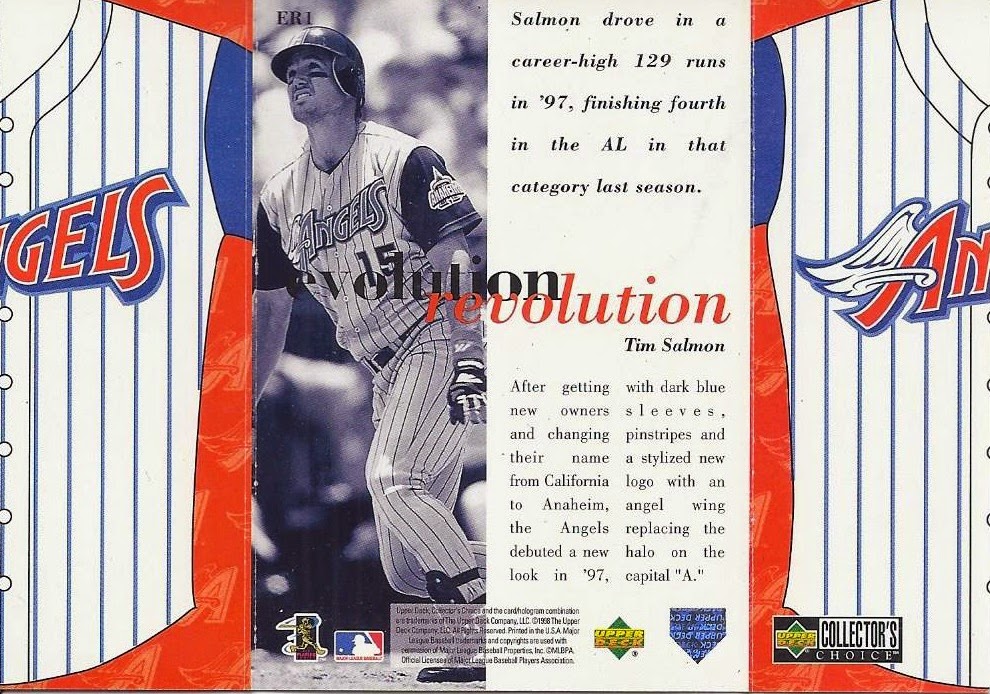 The jersey (err. little clear circle thingy in the middle) opens up to a book card. 1998 at its finest! The Mets entry in this is sitting in my inventory right now (Todd Hundley). Since the Blue Jays one is Roger Clemens, I'll pass on adding that. 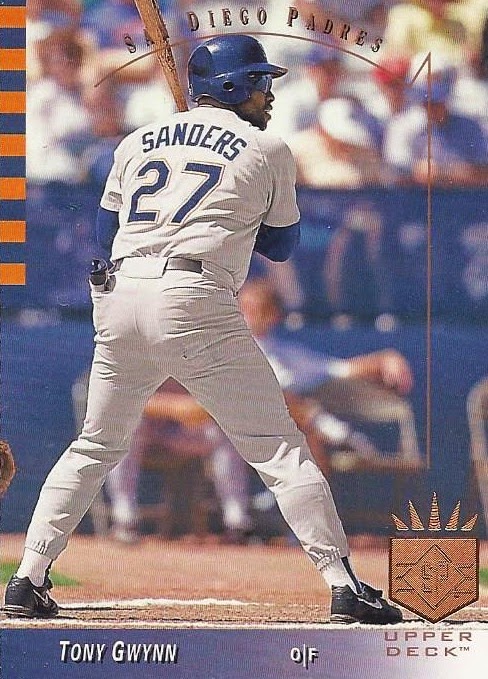 After seeing this card show up at Dime Box Nick's site after his passing, I added it to my inventory at COMC. Yes, with shipping and personal delays, I have waited since June to be able to post this card. Worth the wait, for this oddball though with Gwynn sporting the Scott Sanders jersey. 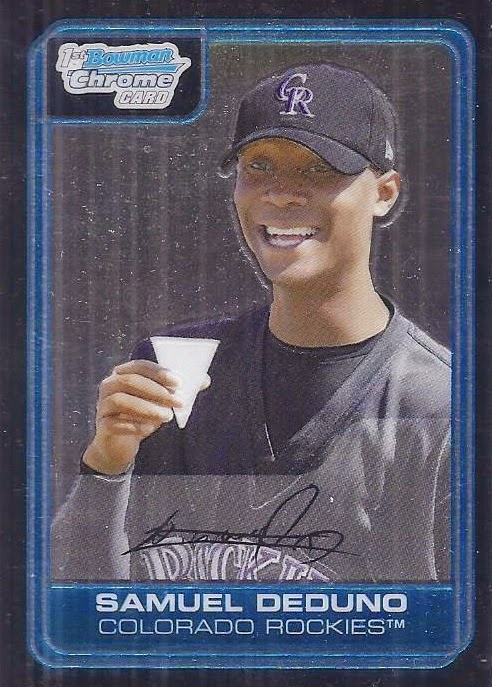 I've heard of a cup of coffee in the bigs, but this isn't really what is meant by that. 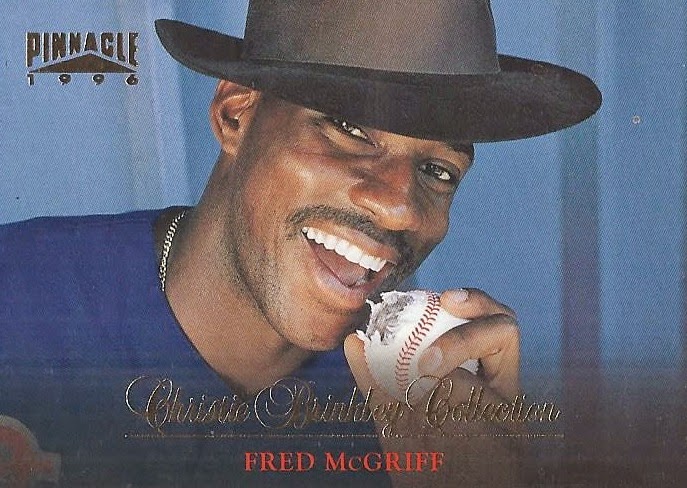 My second card from the Christie Brinkley collection. Compared to my previous one, this one is definitely more out there. But, if Christie Brinkley asked me to pose for a picture like I was eating a baseball, I'd chow down as well. 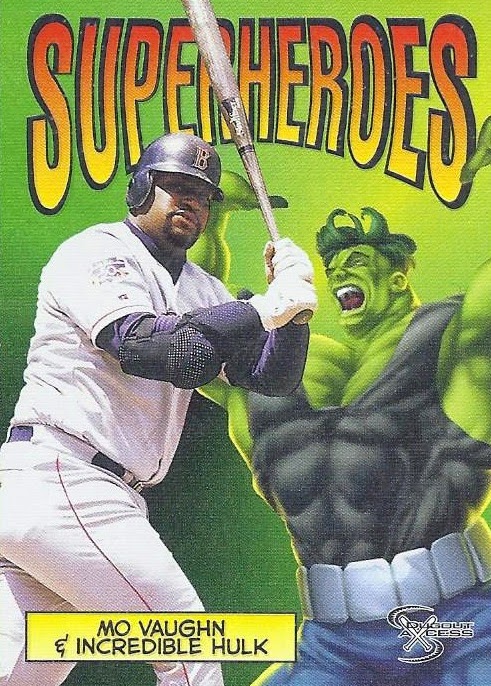 Mo Vaughn and the Incredible Hulk. But of course. Why not? They're a perfectly logical combination. If Fleer can combine Mike Greenwell and a green monster in 1991, why not this pairing? 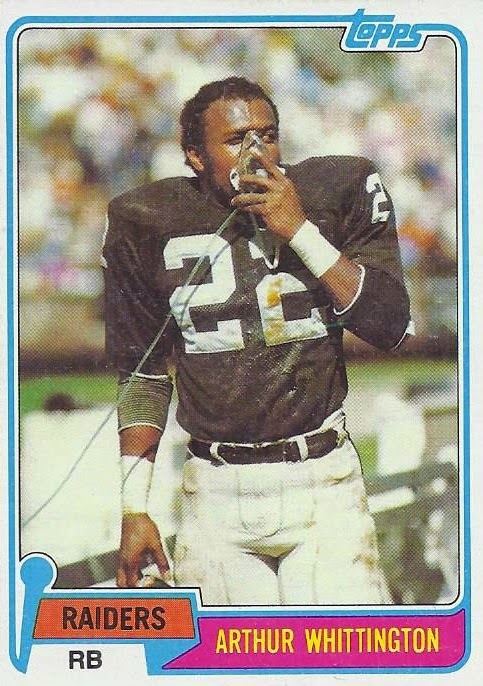 And the only non-baseball card left in the box was this one. Who needs a photo of a running back breaking through the line to a touchdown when you can instead have him on the sidelines getting oxygen?

And that wraps up everything to date from COMC since the Challenge promotion started. I've still got trade packages and repacks to get through. And a pile from justcommons.
Posted by buckstorecards at 16:12