Another Too Many Manninghams trade envelope

And, of course, an inspiration to look for a really nice Wolverines hit (or 3) at the Expo this Friday. 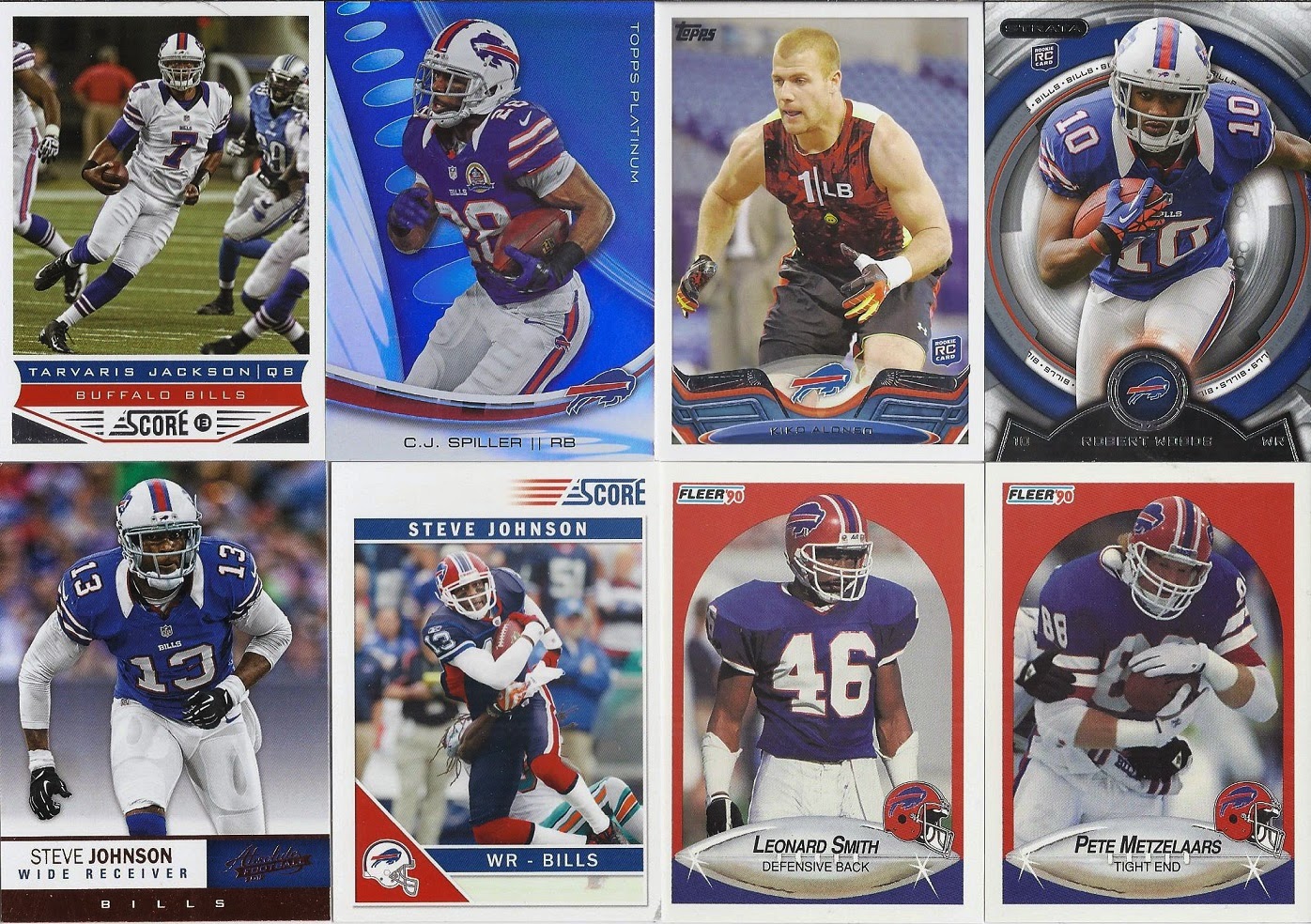 Let's lead off with base cards before moving into the hit parade. Bills! 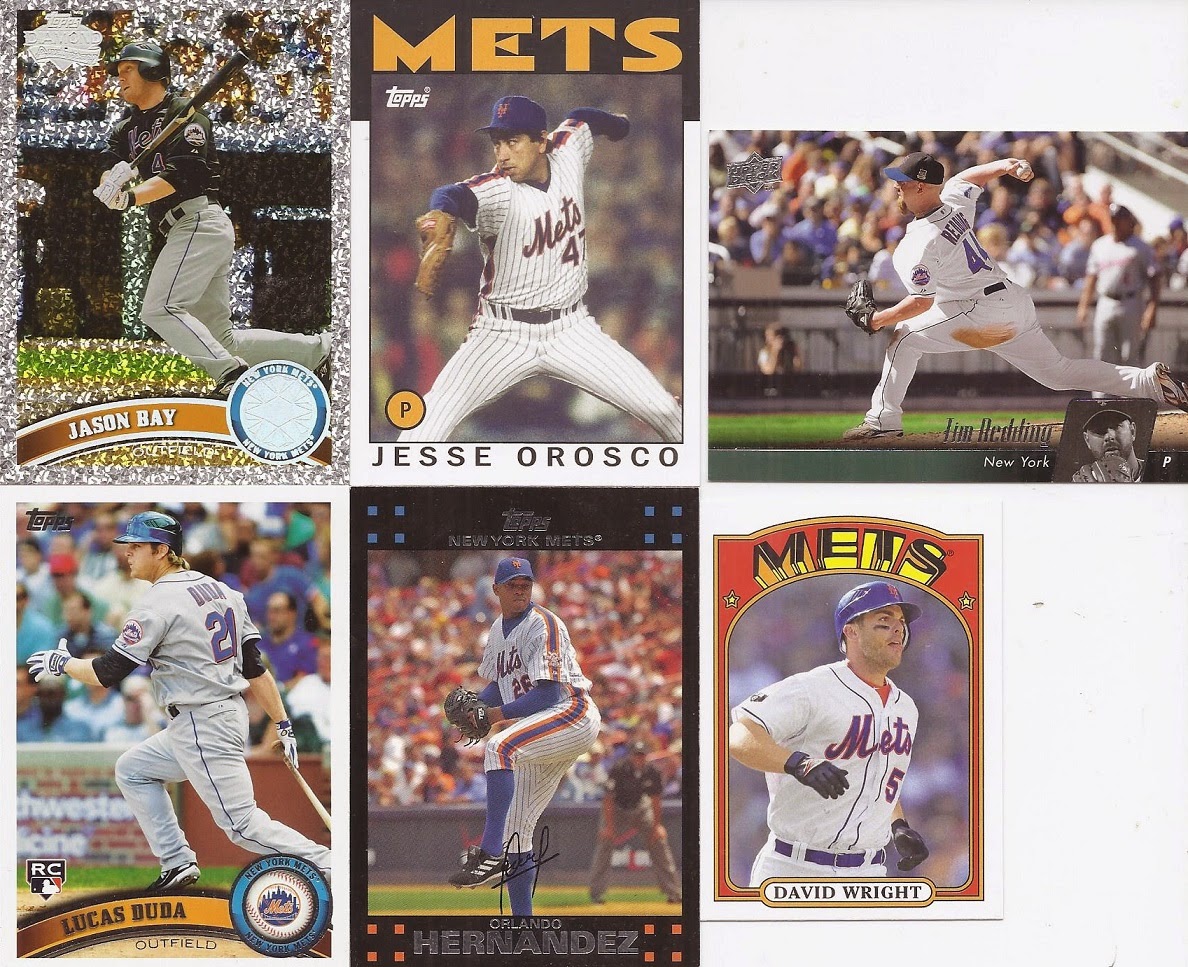 Mets! In this batch, Tim Redding counts as the guy who I completely forgot was a Met. 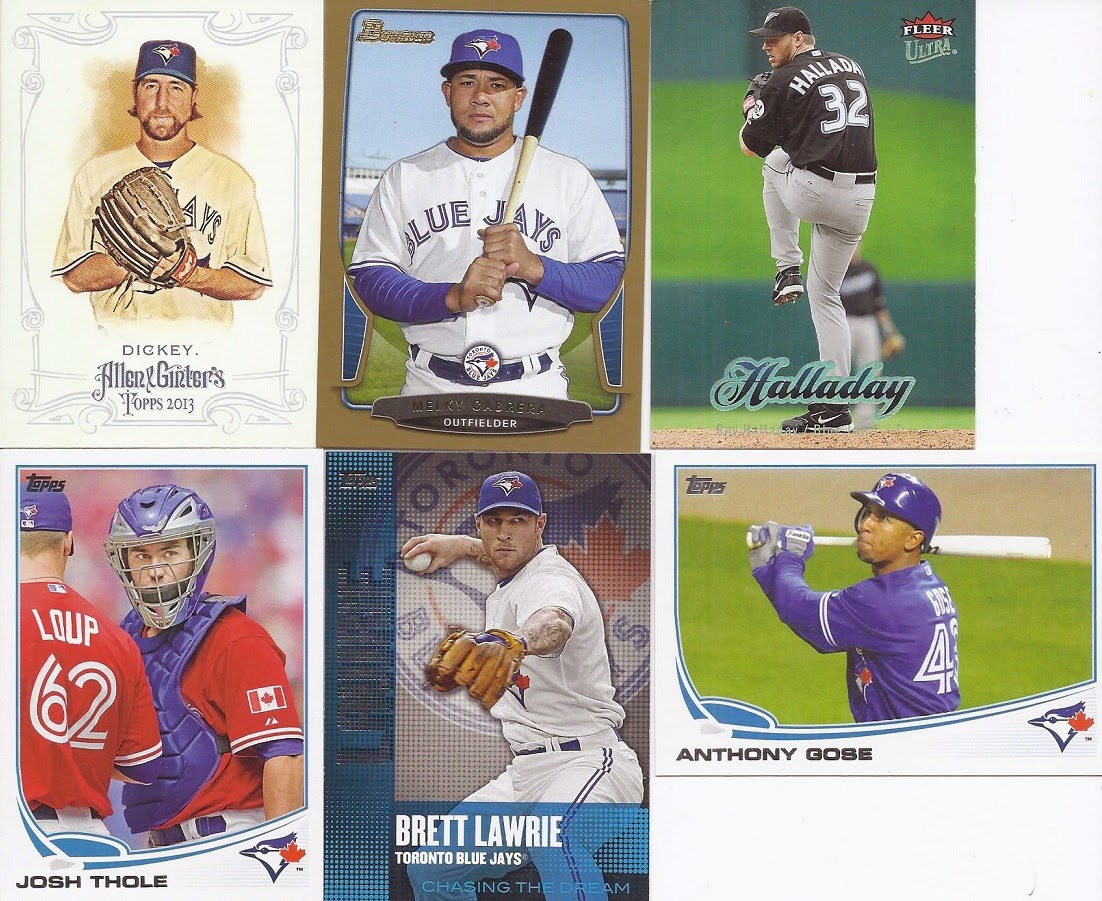 No hits here, but a trio of cards for my some of my PCs. Leading off with another Clowney for my 2/14 collection. As a defensive guy, his stuff has remained reasonably priced so far, and I'll hopefully add my first hit of his during Black Friday sales. There's a Vlad for my Vlad collection and a very appropriate Votto for my Cancon collection.

And nothing but the hits to end this. 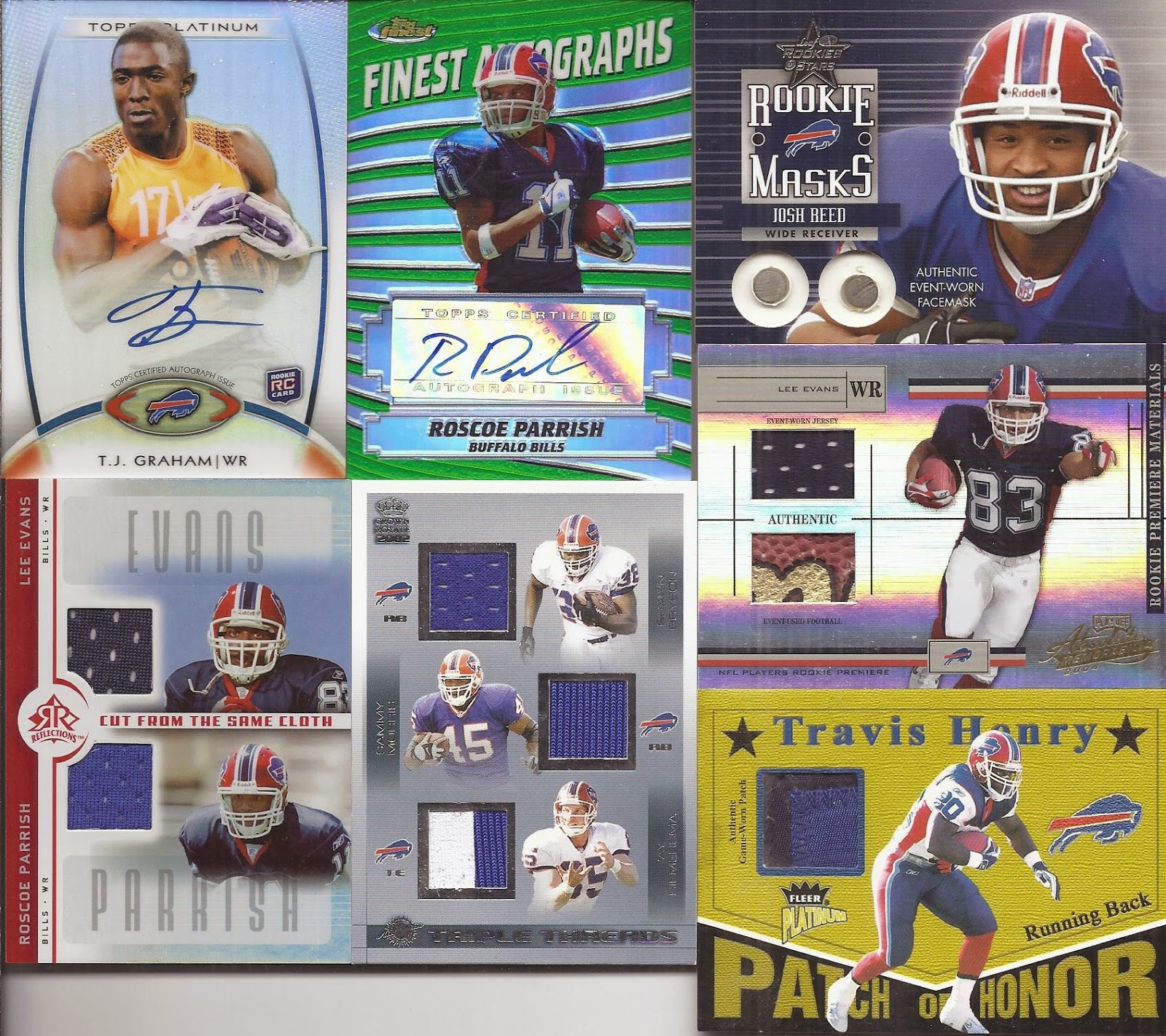 Starting with an absolute pile of former Bills to start this. A couple firsts in this, as I get my first football ball relic with the Lee Evans (and a 3 colour football swatch!) and my first facemask relic on the Josh Reed. I'm not sure why those don't seem to make as many appearances as they did in the mid 00s. Looking at the options for facemask relics at COMC, I'm much happier with the Josh Reed than the JP Losman. Continuing with relics, I really like the Travis Henry patch, although one does understand why he has so much problems with child support when he's giving away his jerseys.  The Triple Threads relic is really nice. And hey, two of the three guys actually played a playoff game in a Bills uniform. The last such game. 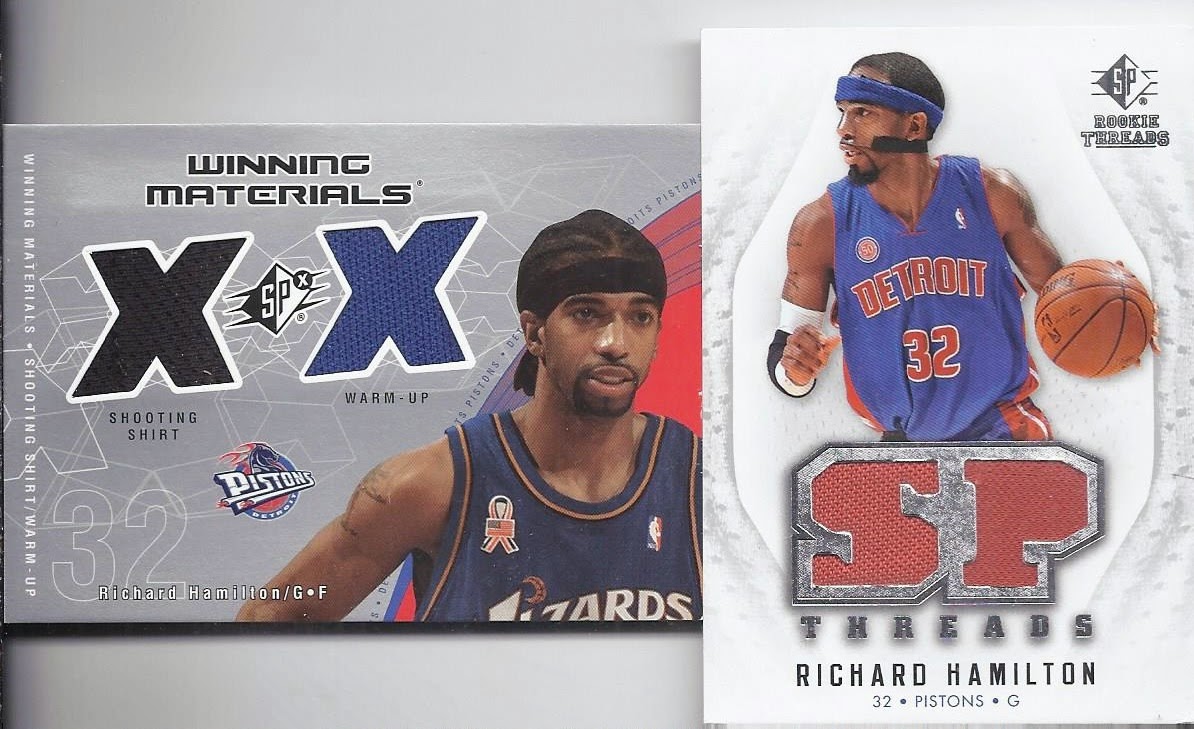 I can never get enough Richard Hamilton in the 2.14 binder. He's now only 5 behind Muresan for the lead in the basketball portion. Which is really just those two guys for the most part. 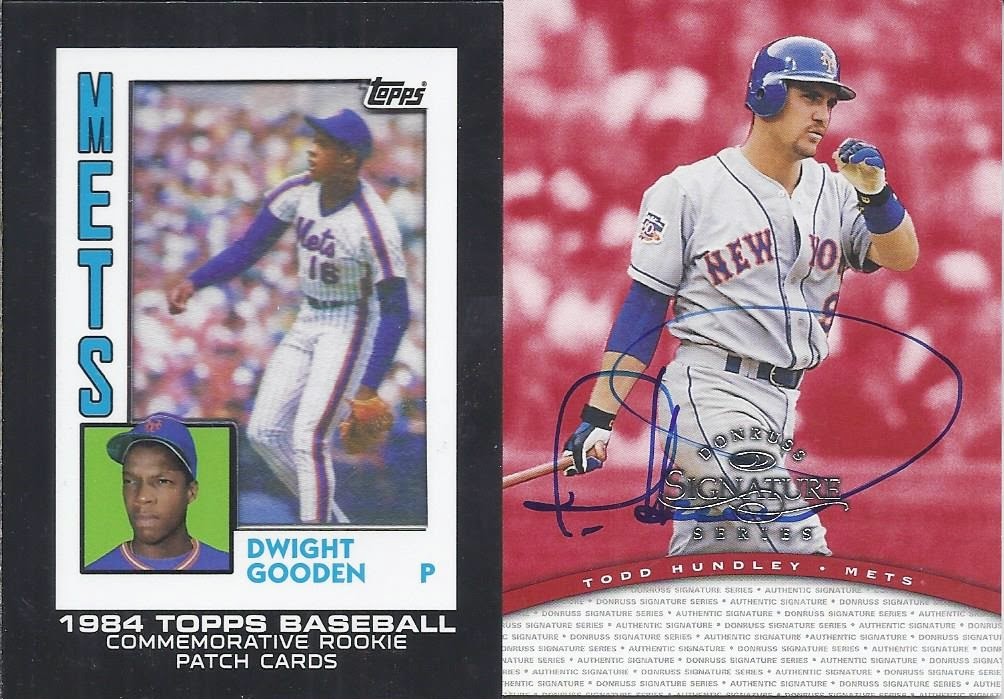 And to wrap this up, some baseball hits. I'm really happy to add my first Todd Hundley autograph to the collection, and I'm really surprised that Todd hasn't shown up in some sort of throwback themed set with an autograph. 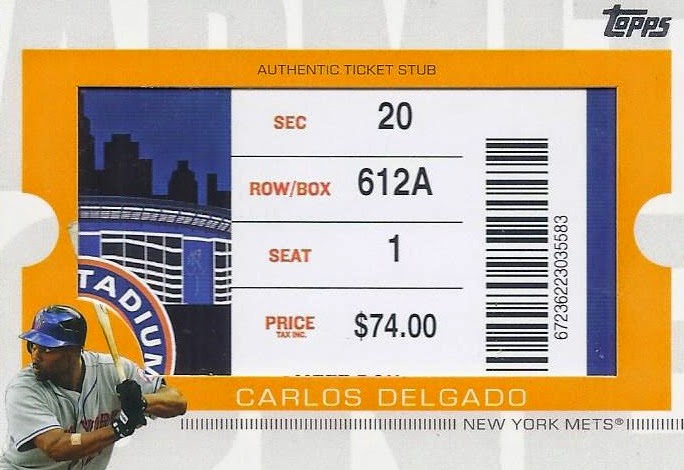 Staying with the Mets, here's a nice ticket relic for the Mets. I wish you could see what game the ticket was taken from, though.

And to wrap it up, something that has been on my want list for ages. 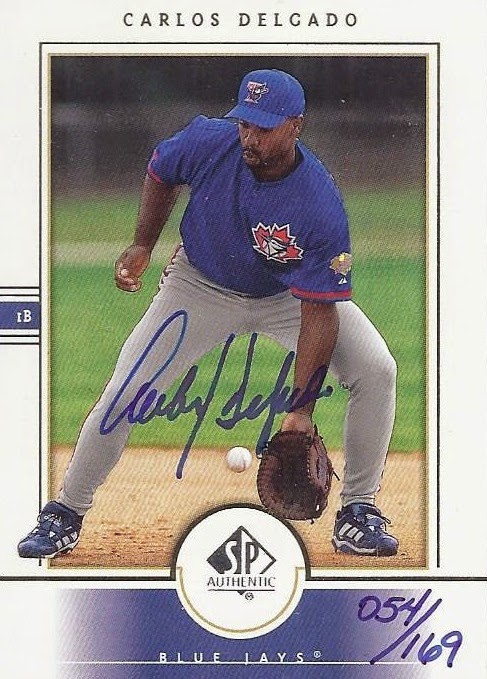 A certified auto of my #1 PC guy. My first! I had one sitting in on my COMC watchlist, waiting for Black Friday to grab it, but this one beat me to it. It is a buyback card, being a 2000 buyback in a 2001 set. Of course. 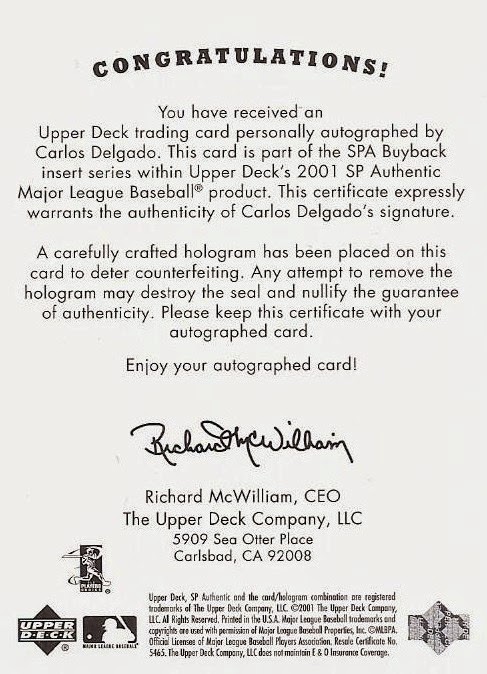 The certification for the card came in a separate slip of paper.

Thanks so much for adding a definite chase card into my collection. I've got 2 1 of 1s already set aside for my next mailing - maybe I'll add one more on Friday.

Posted by buckstorecards at 17:52