Although I knew that Prestige would be exclusive to Target this season, I was still somewhat surprised to see them show up and locations in Canada. I considered trying a blaster, but then just opted for a single pack. 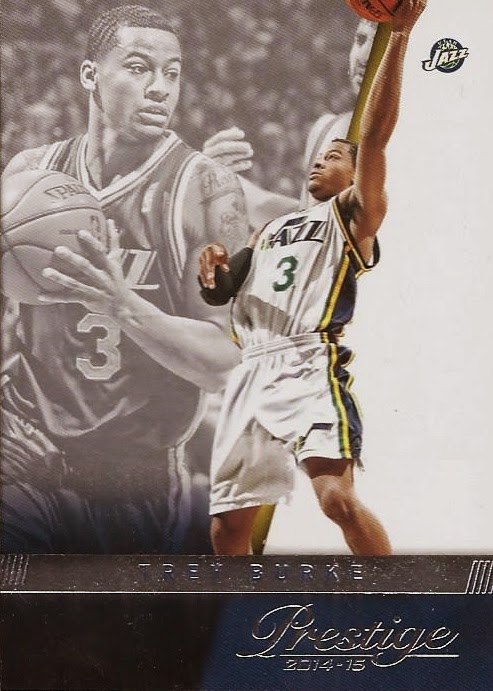 Here's the first card out of the pack. A pretty nice looking design - my only complaint is that the border on the bottom is a little too big, and the name can be hard to see in scans with all the foil, but that's it. The overall feel with the B&W on the left and the photo on the right reminds me of the rookie portion of the Prestige from a couple years back. 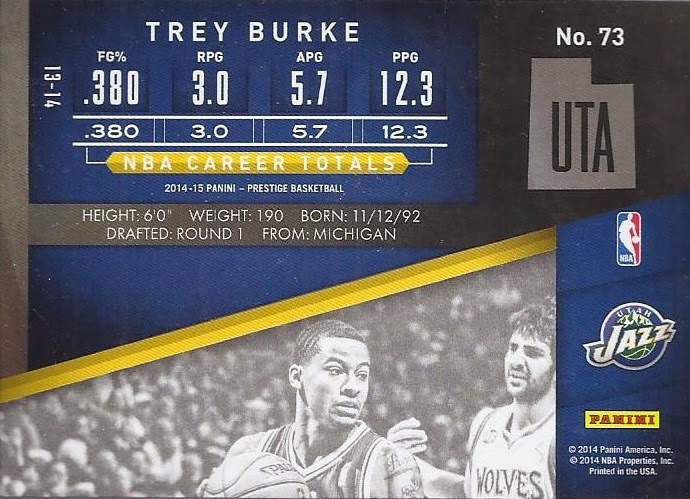 And the back gives you a reused photo, a year of stats, and a slight geography lesson. Plus that "Michigan" means this card is set aside for TMM. 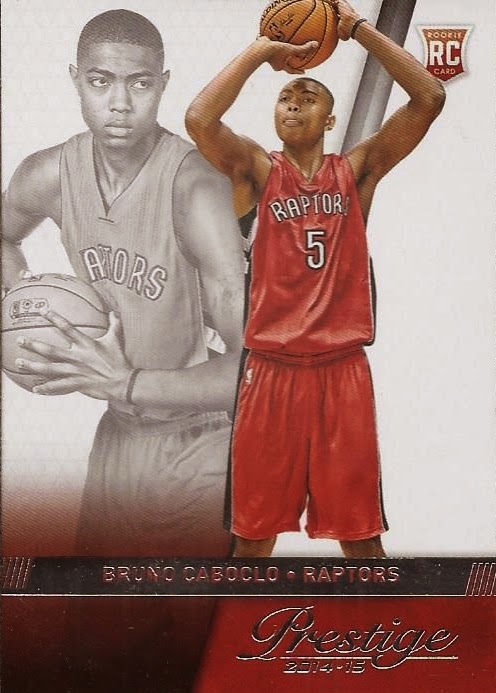 And there was a Raptor in this. Even though Bruno has yet to see the court this season. 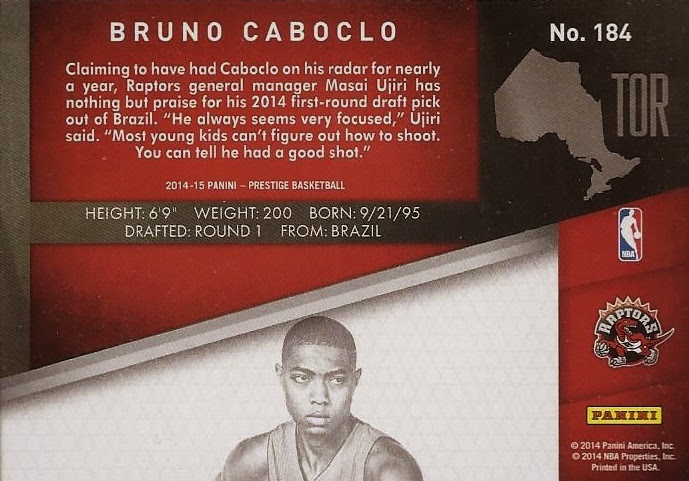 And for players that played outside of North America last season, you get a small write up on the back instead of stats. Although most rookies have the stats in the usual place, and a write up where the silhouette is. At least they have a silhouette of Ontario, and not just a maple leaf like they used on '13 Hometown Heroes. 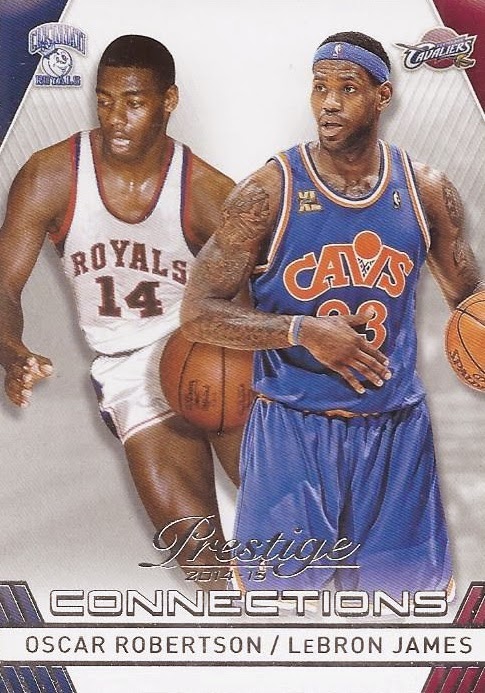 I'm guessing there's one insert per pack, and this was the one I got. While it is nice to get one with LeBron on it, I'm far happier to see the Cincinnati Royals logo with the Oscar Robertson portion. I often say one of my favourite things about Panini's products is that the team logos match the era of the photo. 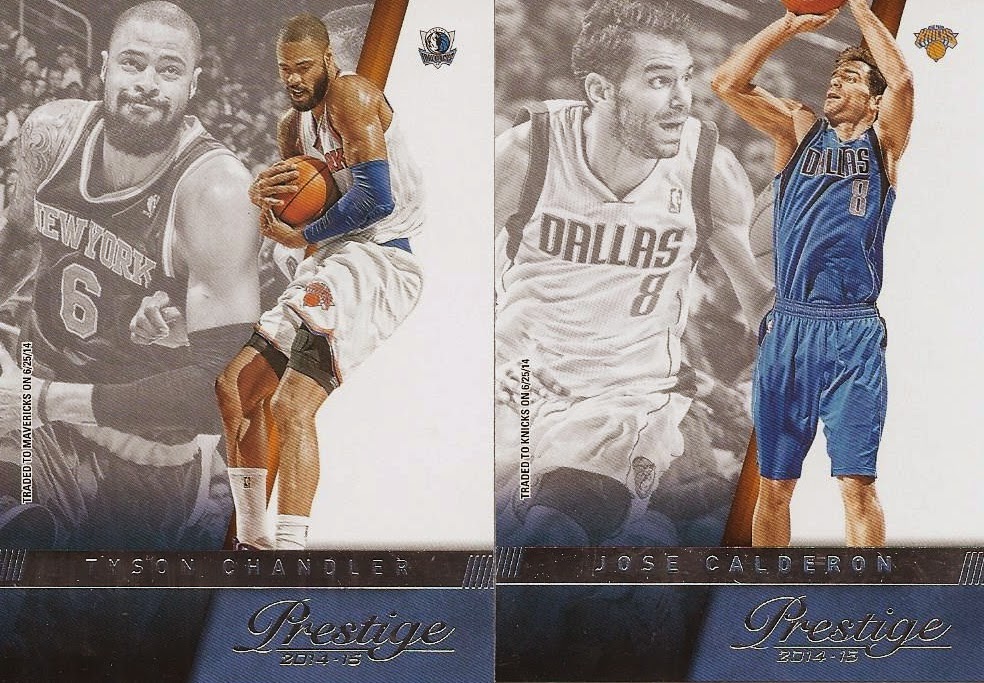 Interesting collation seeing two players that were part of a trade for each other show up in the same pack.

And to round out the base, Dion Waiters, Pau Gasol, Roy Hibbert, Joe Harris and Carmelo Anthony made appearances. A very Knicks and Cavaliers intensive pack, but not a bad pickup while in Target.
Posted by buckstorecards at 08:33