Some autographs for a Bills-free Sunday afternoon. Mainly because I want to finish off this box before the Expo rolls into town on Friday. 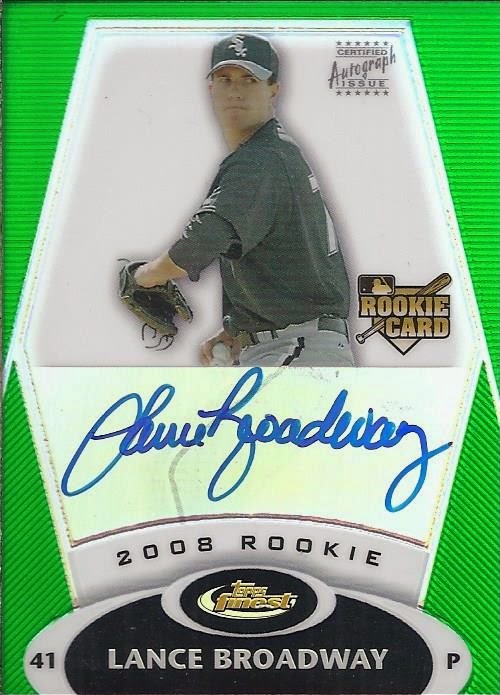 I had no idea who Lance Broadway was. All I know is that his autograph was really nice, so I added the cheapest one I could find to my inventory. He's an actor now. At least he has the penmanship worthy of a star. 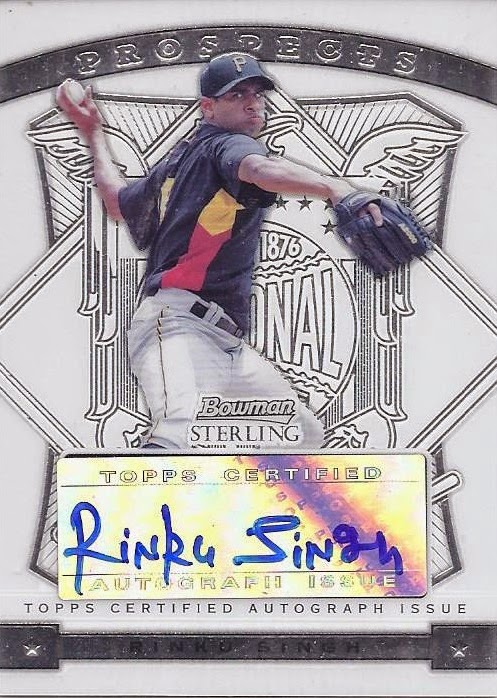 Staying with a Hollywood theme, and also spectacular penmanship, here's one of the million dollar arms in Rinku Singh. Every letter legible? What more can one ask for, especially when one looks at some of the hideous examples in this year's NFL rookie class? I'd much rather have a legible auto of someone with no or little big league time than a superstar that barely makes an effort on his autograph. 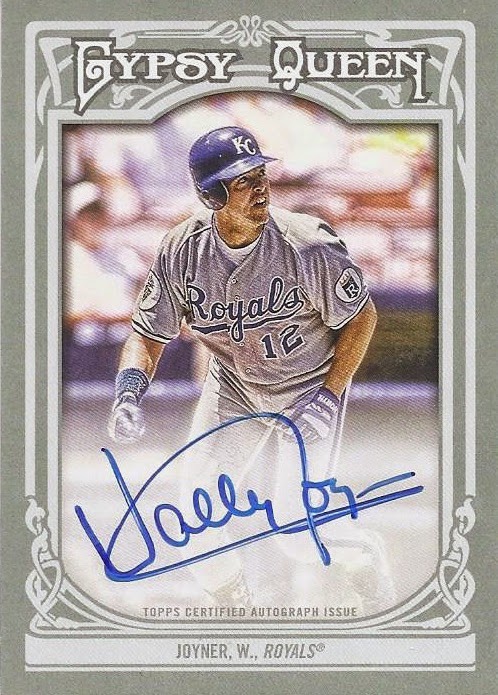 Wally Joyner might not have the best start to finish penmanship, but it is still an interesting autograph and I love how the 'J' loops through the whole signature. 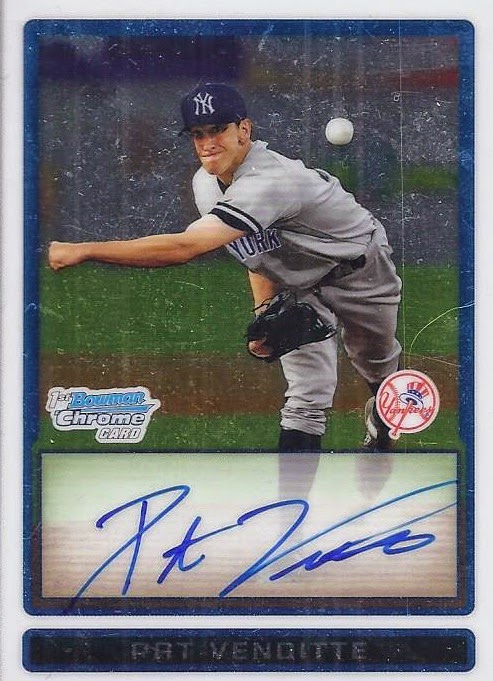 Probably the worst penmanship of the baseball portion, but the player is interesting, seeing as he might still become the first switch pitcher to reach the majors since Greg A. Harris. He's still in the Yankees minor league system, but did reach AAA this past season. 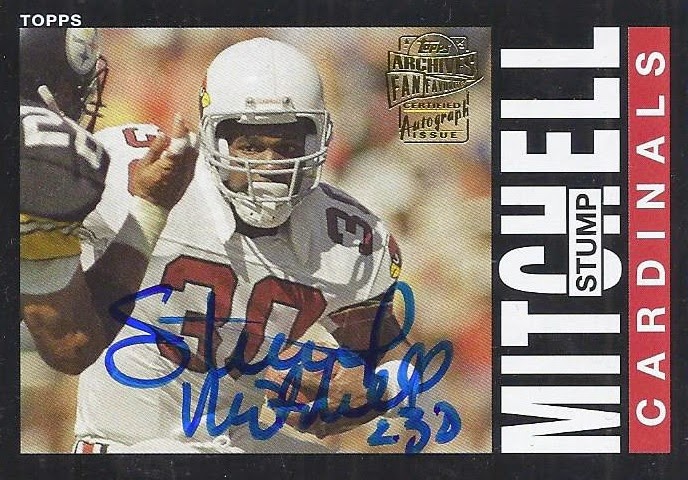 And the only football card in this group. Nice penmanship, and his name is Stump. Cardboard perfection, I say!

I'll finally finish this box tomorrow. But I still have 70+ cards in my inventory, so I'll probably be extending COMC Challenge posts well into 2015.
Posted by buckstorecards at 15:32