As I said this morning, it wasn't just Raptors goodies that came my way. There were also cards for the other Toronto team I root for. 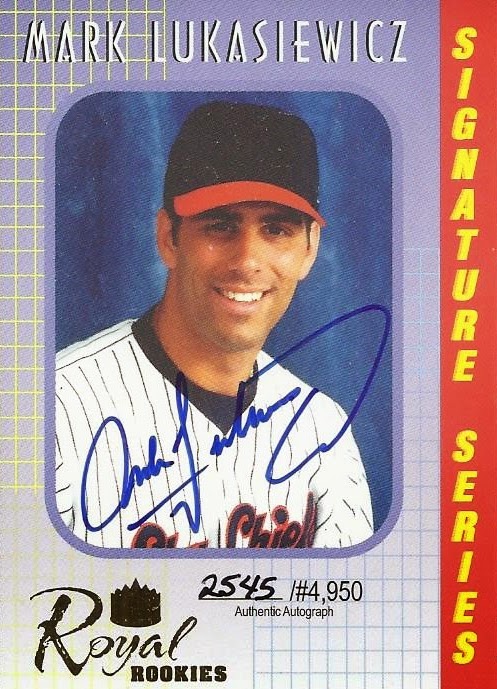 I have no memories of Lukasiewicz with the Jays, even though he is listed as being with Toronto on the back, and there is a part view of their then-affiliate Syracuse Sky Chiefs on the front of the card. He never did play in Toronto, but had a brief stint with the Angels. His major league experience is irrelevant, and I'm happy to add this to the hit portion of my Jays collection. 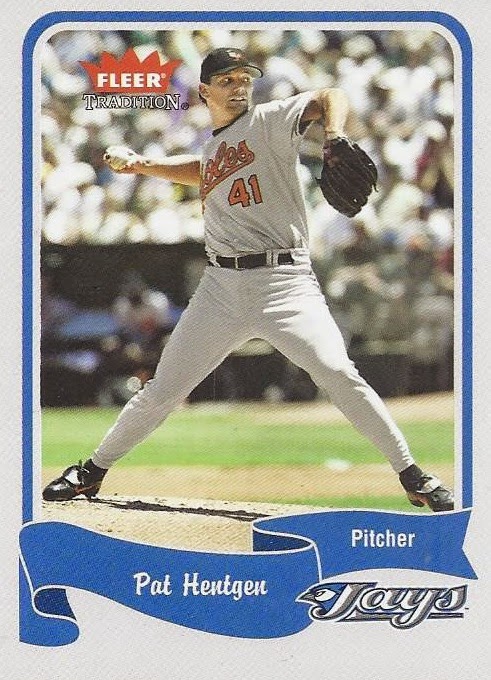 Aside from the hit, this card might have been my other favourite of the Jays portion. While I have plenty of Pat Hentgen in my collection, I had nothing from his second stint with the team. Until this one. Sure, he's only listed as a Jay, but that's a minor complaint. 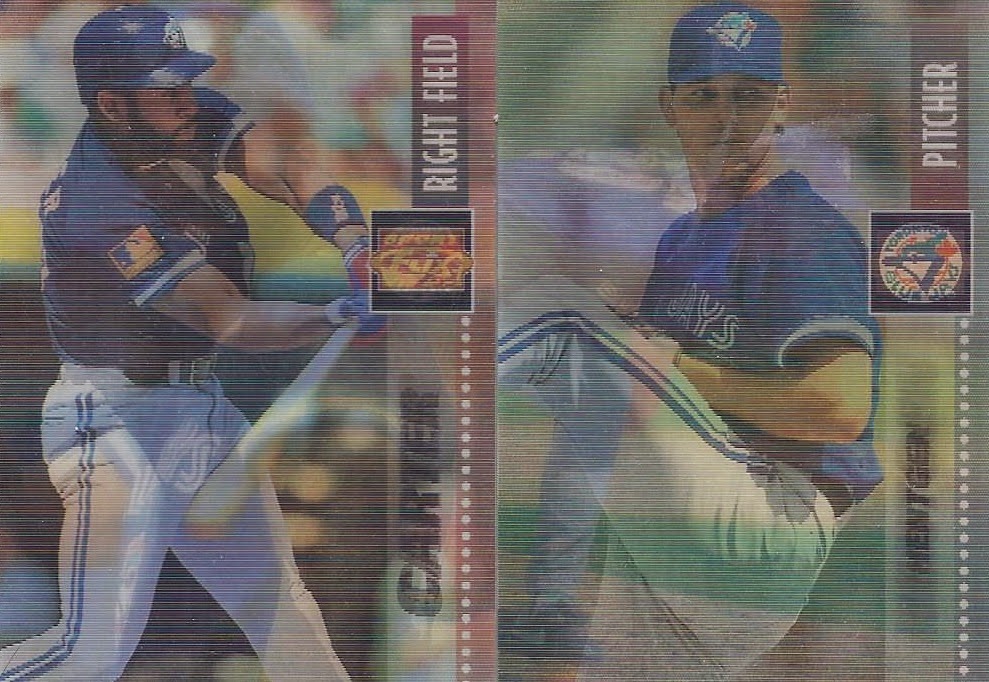 And here's a Pat Hentgen from his original stint with the team, along with a Joe Carter for that PC, both all in their Sportflics glory. 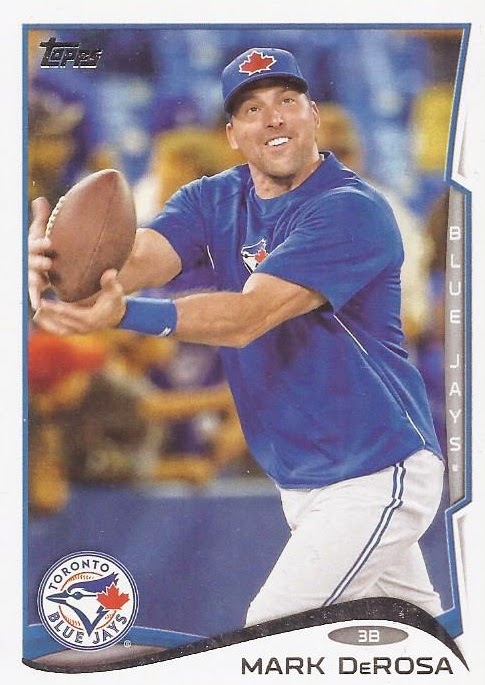 The most disappointing 2014 card, mainly because DeRosa isn't playing catch with a CFL football. You're telling me they could not find one proper-sized football around the Dome? 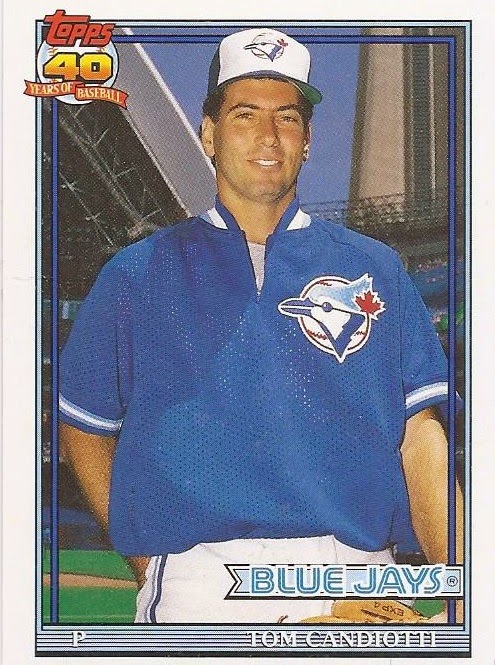 I've added this one before as part of a 1991 Topps Traded team set purchase - and it is nice to add this one to the rest of my Jays set. It really is a nice look at the open roof at the Dome, back when that was still an amazing thing for a stadium. 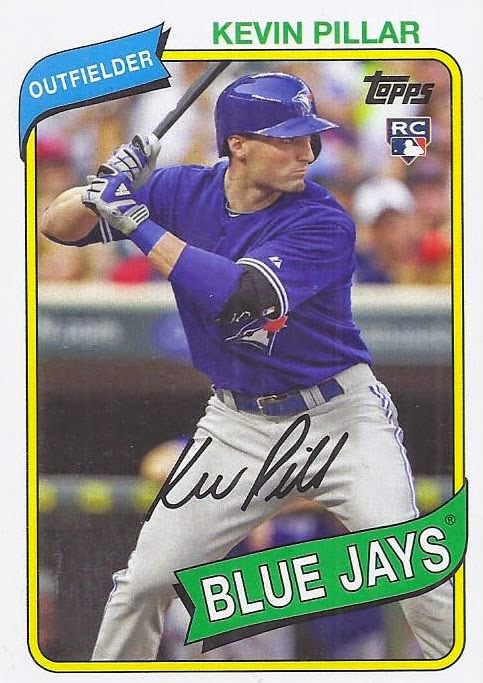 I didn't bust much Archives this year, but what I did was pretty good to me. While I'd got a bunch of Mets from this set, my Blue Jays content was pretty sparse. Their portion of the set consisted of Bautista, Reyes, Dickey, Lawrie and Pillar. Now I'm 60 percent of the way to that team set. 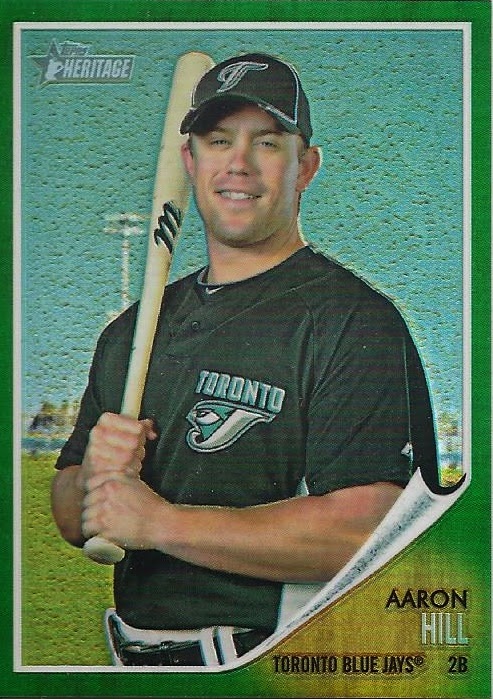 Parallels are always nice additions to my team PCs. 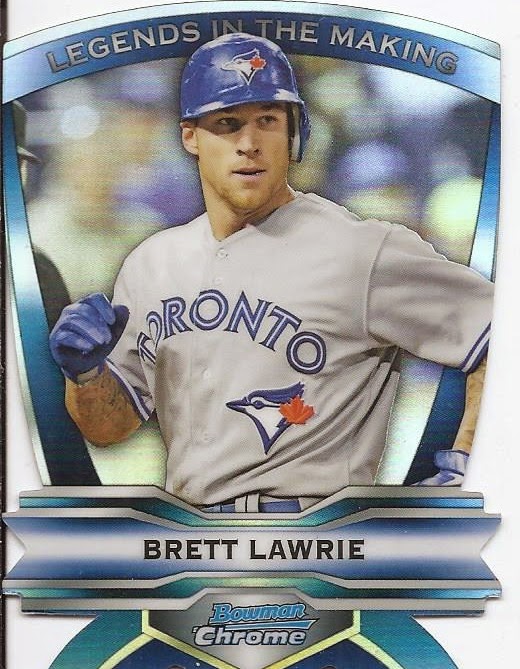 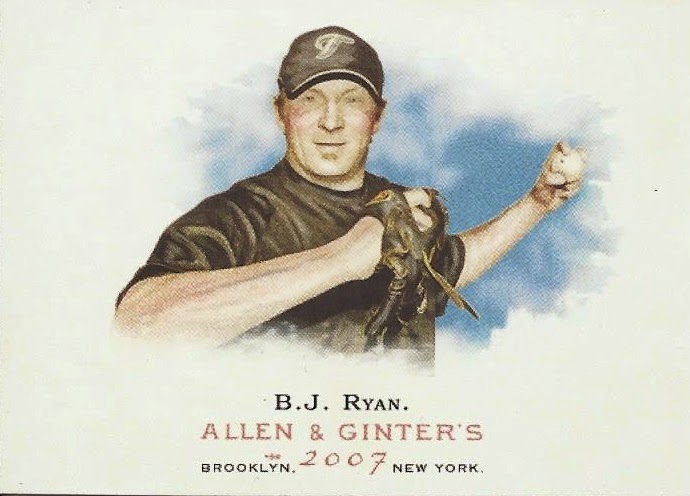 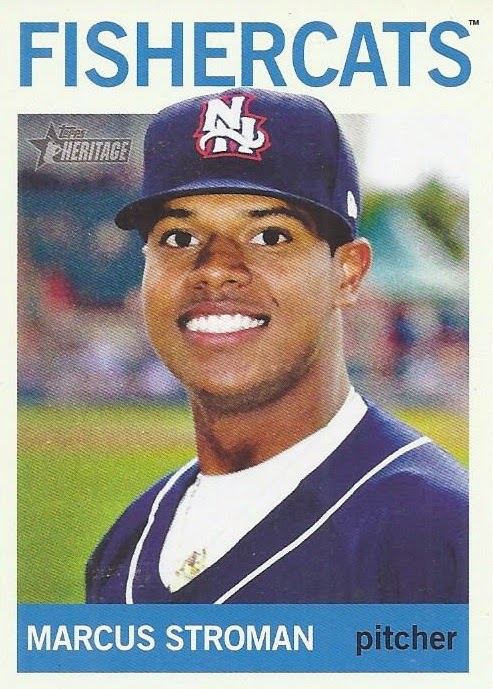 Lots more, but I think I'll wrap things up with a Heritage minors of Marcus Stroman. Much like with Archives, I busted several of these last season, and much like with that, Blue Jays content was minimal. At least I've finally got 1, and it is one of the more desired ones for my collection.

Thanks for all the goodies! I'll keep hunting for stray Blazers around K-W!
Posted by buckstorecards at 18:19