Yes. More Grey Cup pre posts written so I have enough to last through until Monday. Up next, a two part post of a 10 pack repack from Target. 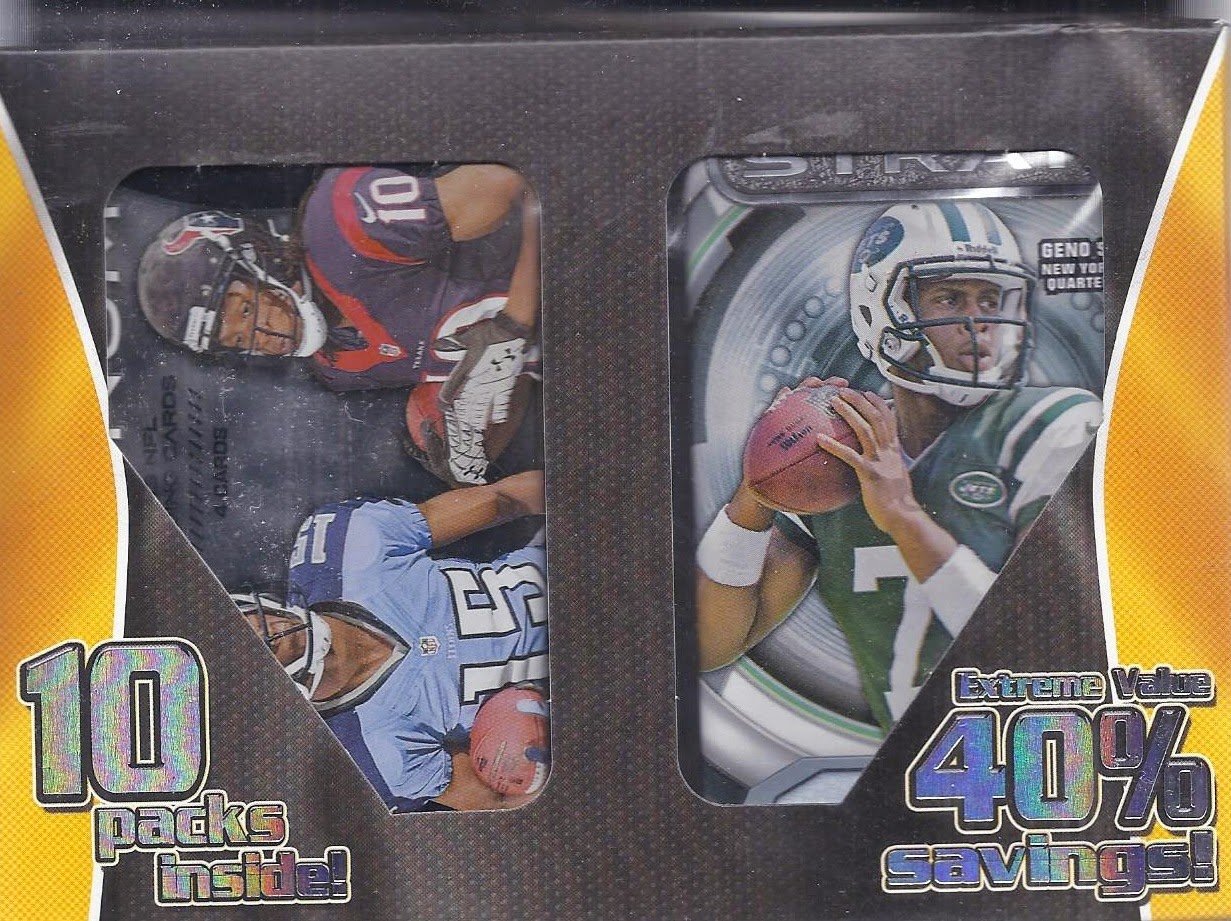 Here's the repack with the two visible packs. There's some 2013 Platinum and some 2013 Strata. In addition to those two, the rest of the packs were.

Sure, they're all from last year except one, but that was a good year for Bills cards and there were no packs of Pro Set or SAGE in the mix. That's always a plus!

And I did pull a hit from one of these packs - and it was definitely unexpected in terms of actually getting a hit, and the subject manner. But, that will show up tomorrow. I wasn't too sure how to split these up, so I eventually just opted to do the shiny ones today and do the rest then. 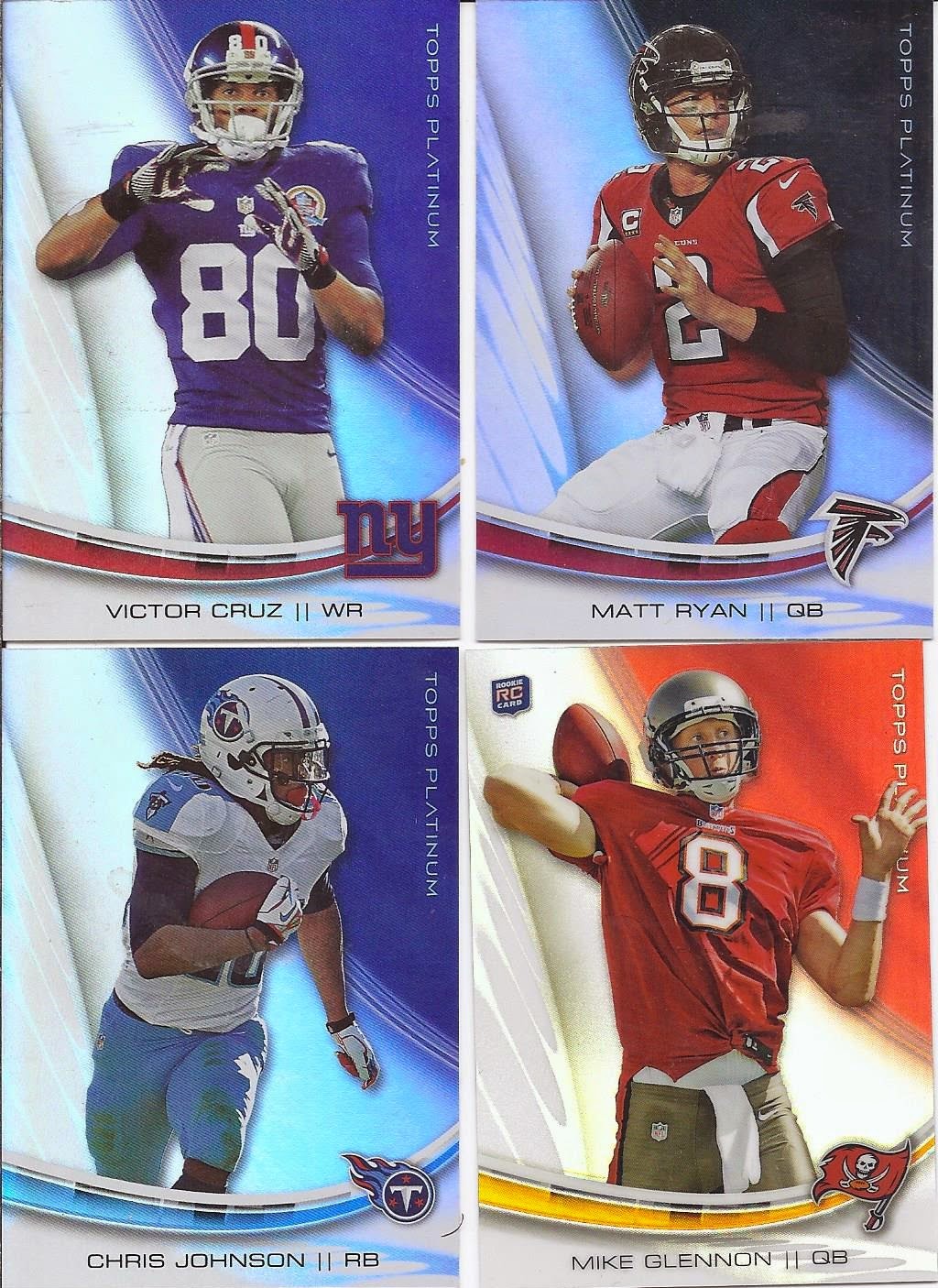 The visible pack you see in the window was different than the others. It was black, while the others were white. I'm not sure if that means this was a hobby pack instead of retail, or that it was sold at different stores, but it was different. Also, the rookie cards in this were glossier than their veteran counterparts. Both on the front, and the back, which had a more cardboard feel with the veterans. This was the content of the visbile Platinum pack. 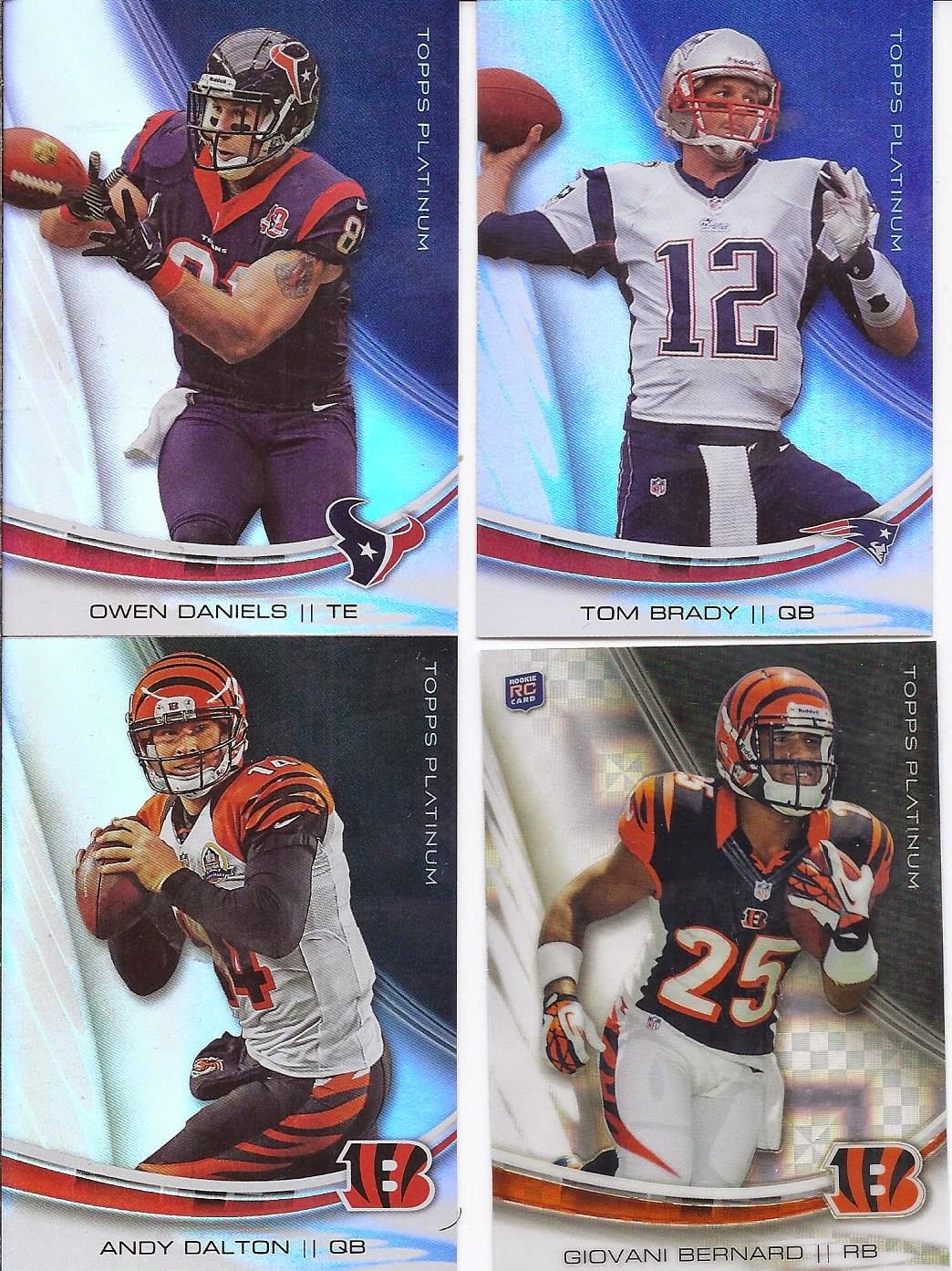 The closest thing to a hit in any of the Platinum was this X-Fractor of Gio Bernard, from one of the white packs. I definitely could have pulled a worse one.  And that Tom Brady is the typical, expected Wolverine card set aside for TMM. 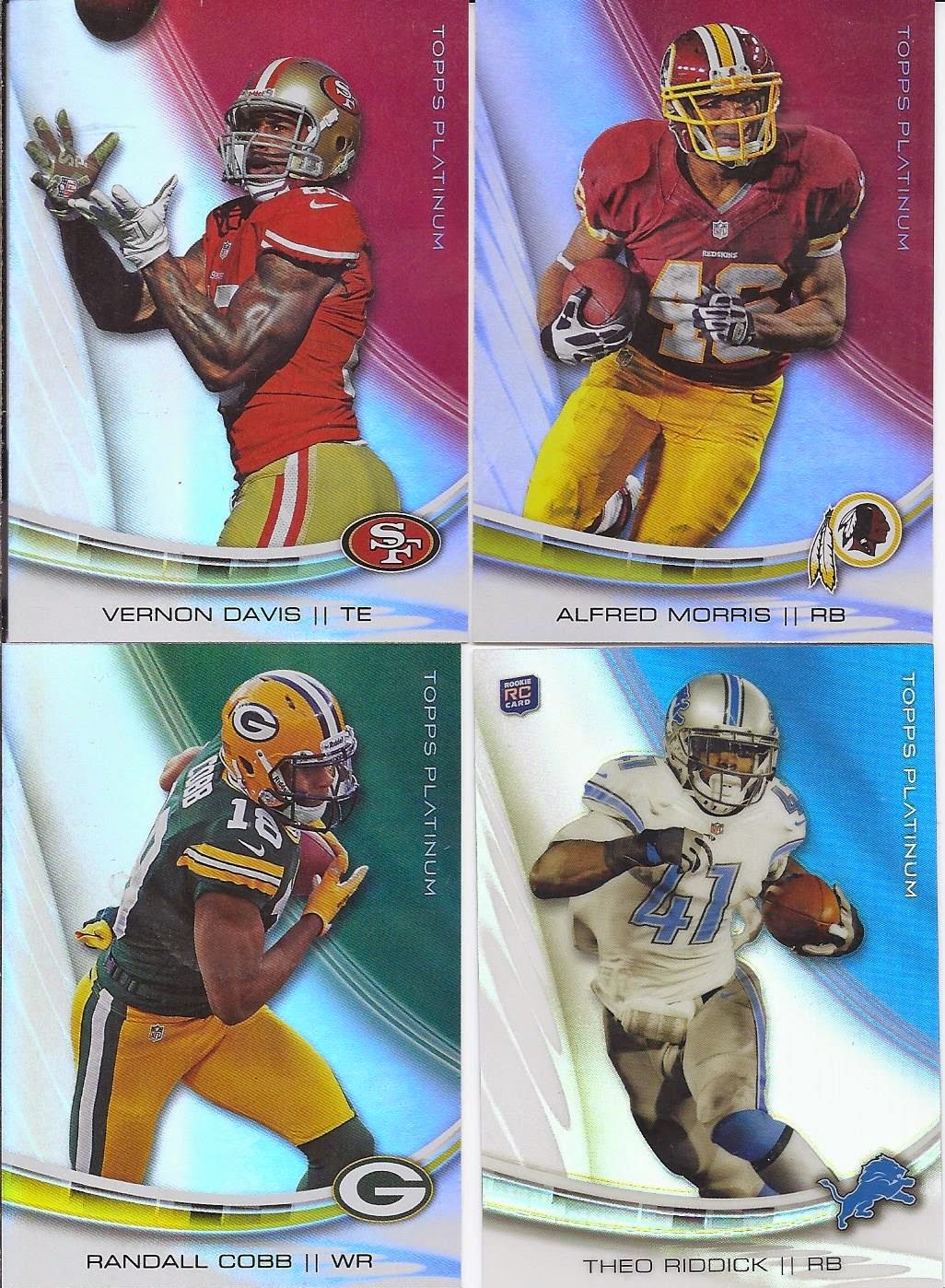 These are colourful and scan nicely, I'll give them that. 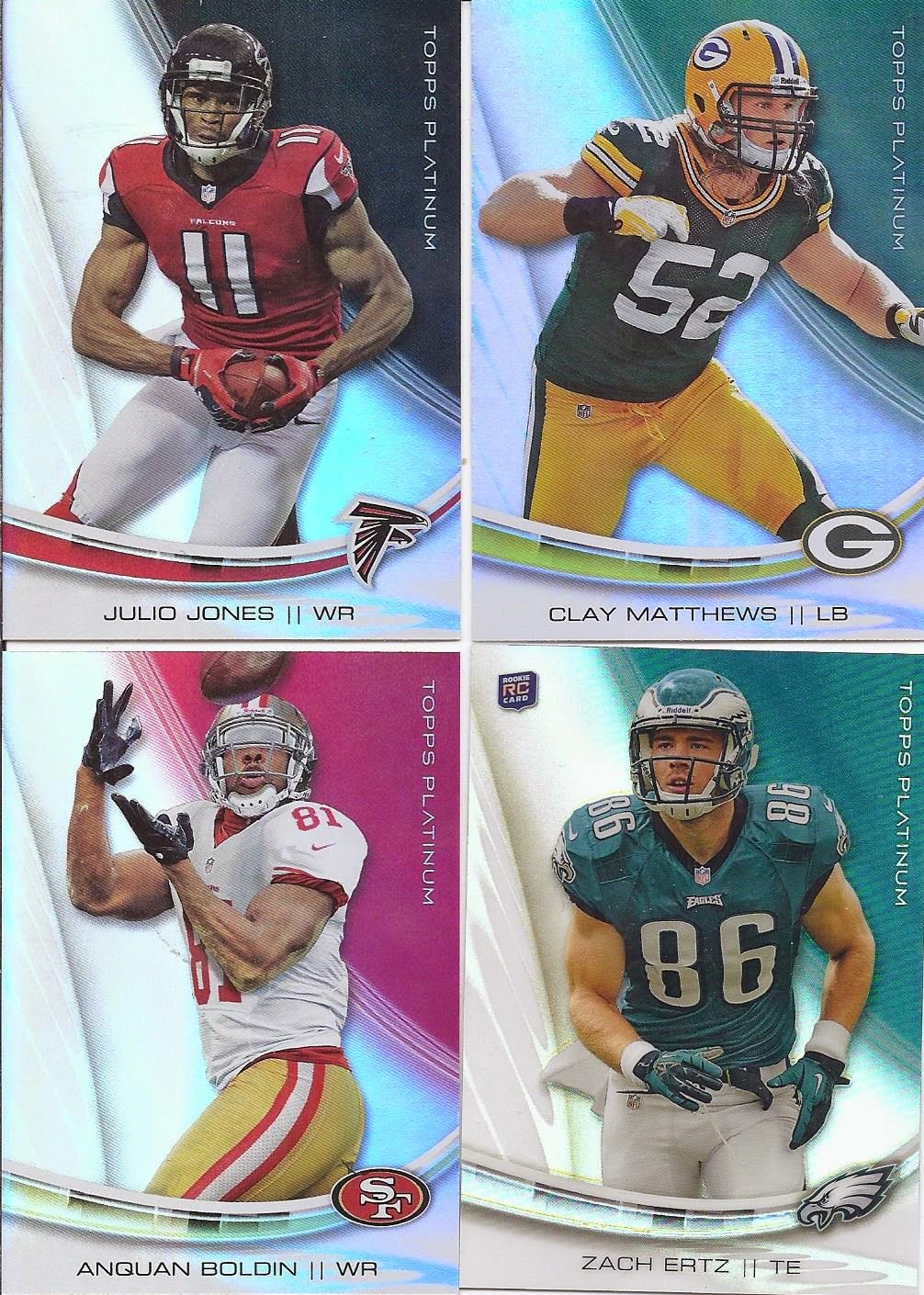 I thought for a second that they reused a photo between the Davis and the Boldin. When a team only has a couple base cards, is it too much to ask for some variety? 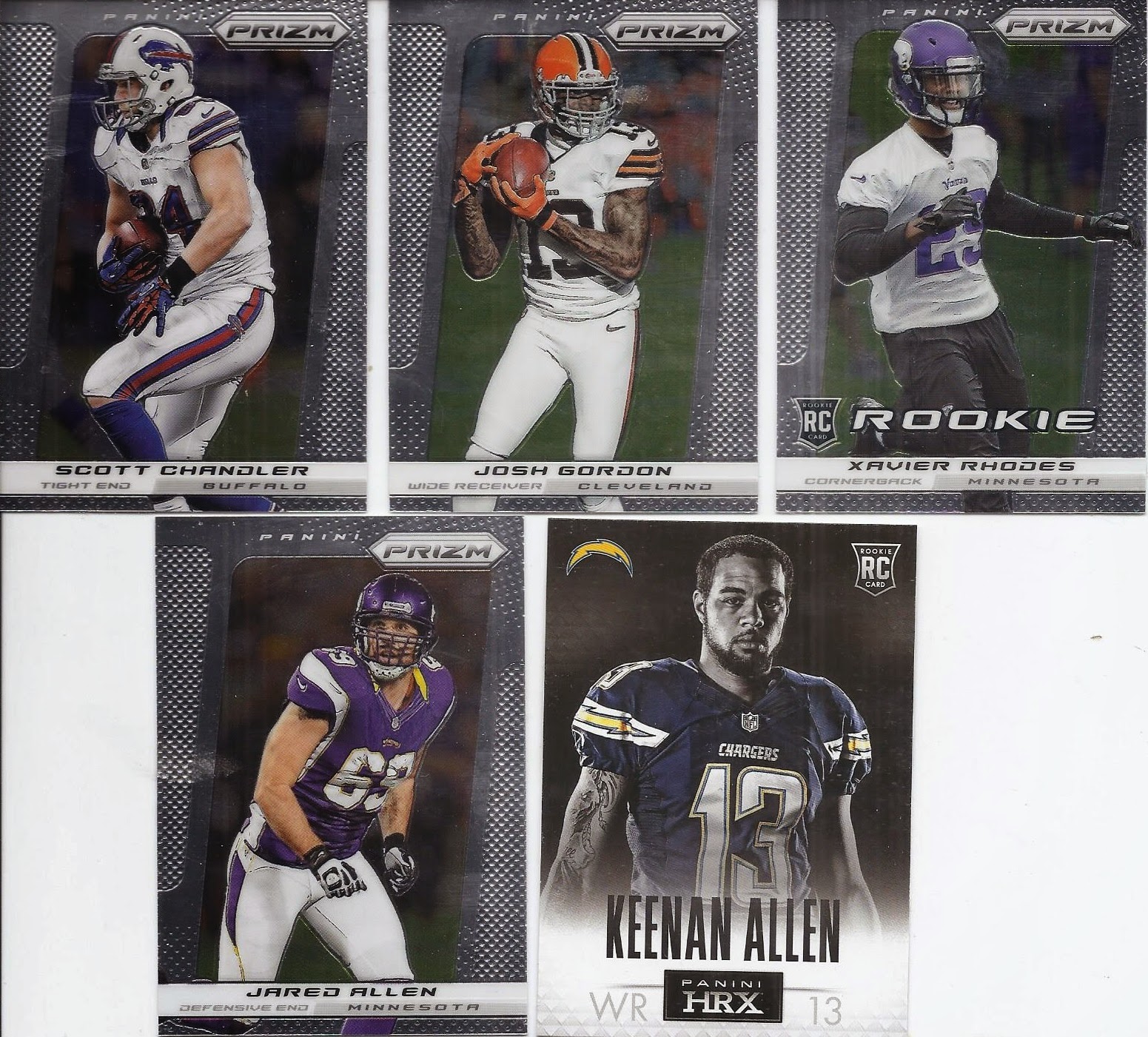 And here are the other shiny cards. At least I got my first Buffalo Bill of the break. But, considering the packs really aren't really that big in terms of cards contained within, I'll be happy with any Bills content. I guess the Allen card counts as a bonus.

Tomorrow, the rest of this repack, and then I'll hopefully be home early enough Monday to catch up on other things.
Posted by buckstorecards at 12:12