A Trade Made in 3-Down Heaven

So, I busted a bunch of packs of the new Upper Deck 2014 CFL release. So did Condition Sensitive. In one of my packs, I pulled a nice green relic of Saskatchewan Roughrider Ricky Foley. The Riders (and I still find myself calling them the Green Riders on occasion, almost two decades after the demise of the Rough Riders in Ottawa) are CS' favourite CFL team. In one of his packs, CS pulled a nice black relic of Bakari Grant of the Hamilton Tiger-Cats. The Ti-cats are my favourite team.

Clearly, at least one card in each of those packs was meant for elsewhere. I sent off the Foley. I got the Grant. 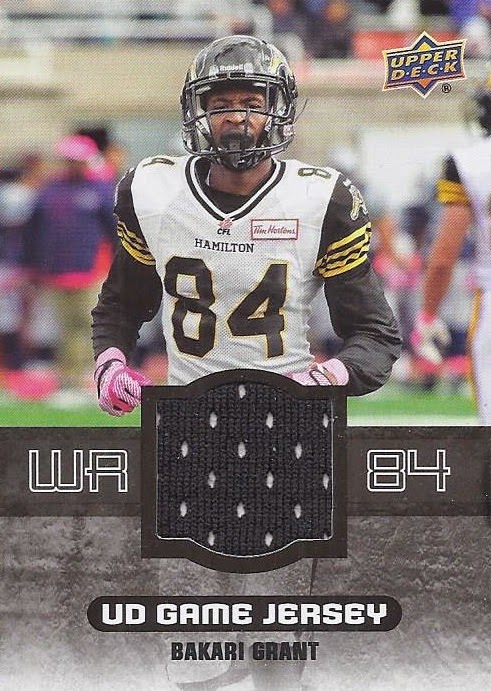 You gave it a good home.

But, as always, there are more cards in a trade than just the promised goodies. 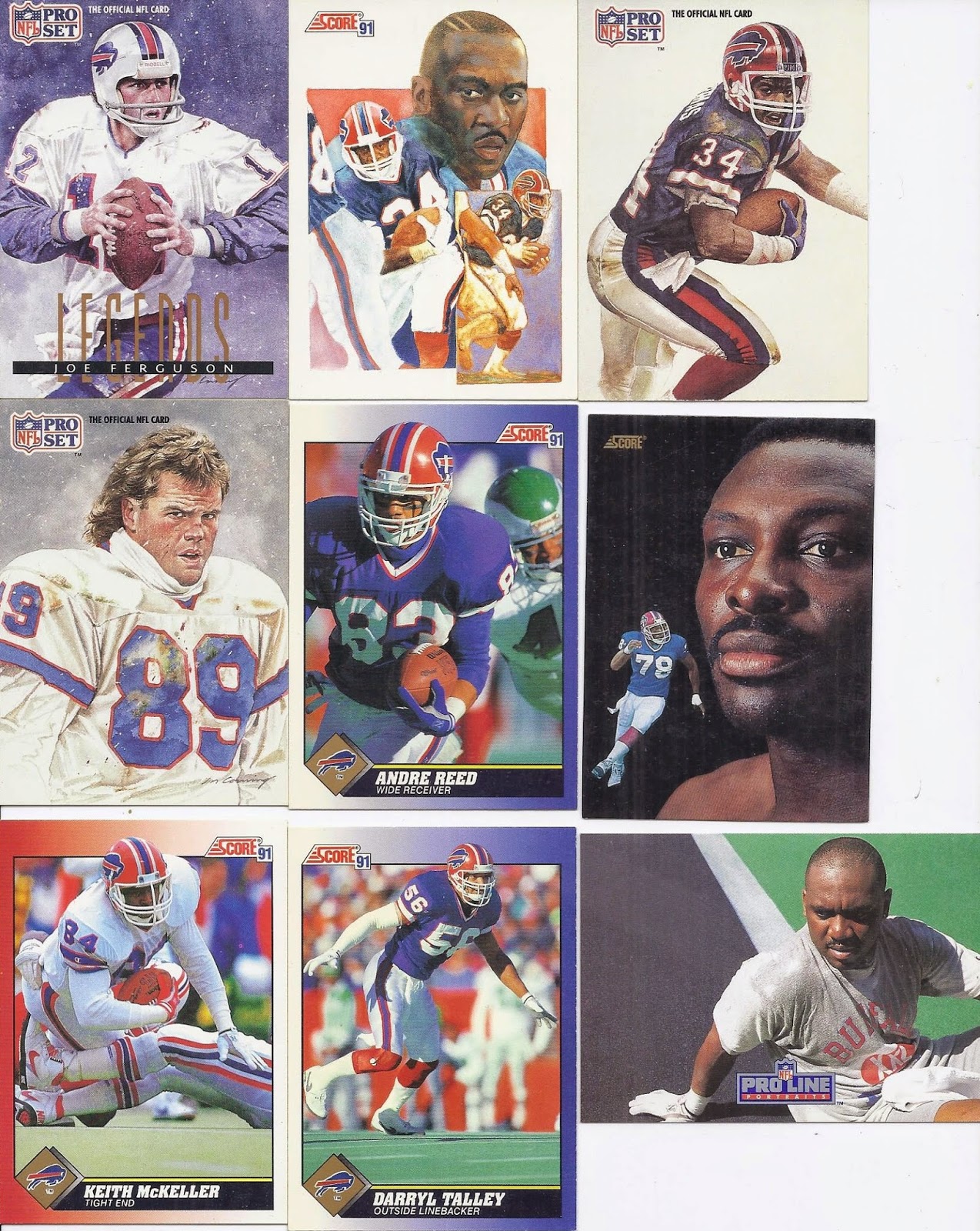 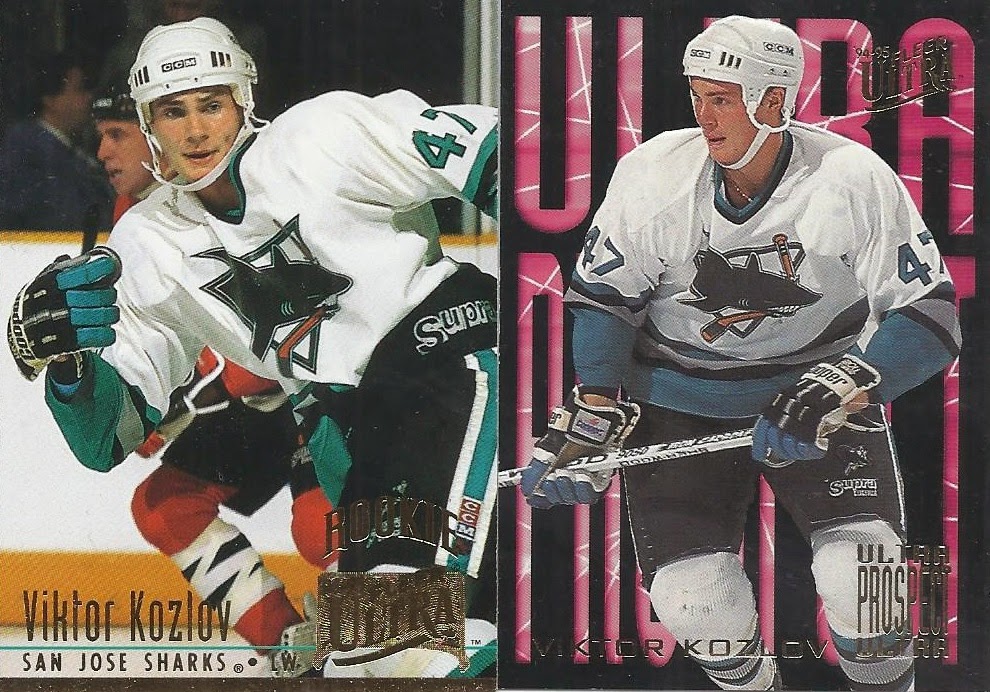 A pair of new additions to my 2/14 collection of perfect match Viktor Kozlov. Cross referencing with zistle shows I'm only about 90 base cards away from having each base card he's ever had. But that's counting local sets, so I'm thinking the true number is a bit lower. These are my 29th and 30th cards of Kozlov. 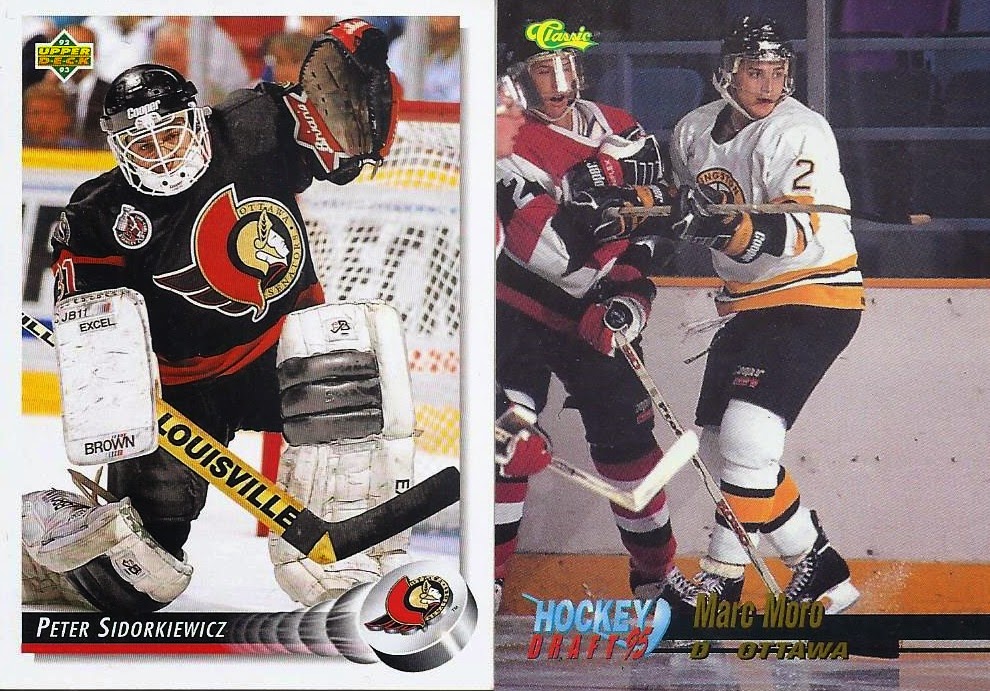 Here's a couple Senators cards. I knew of Sidorkiewicz, but had no idea who Marc Moro was. Although drafted by the Sens, he never played for them. He did have a short career with time in Anaheim and Nashville. 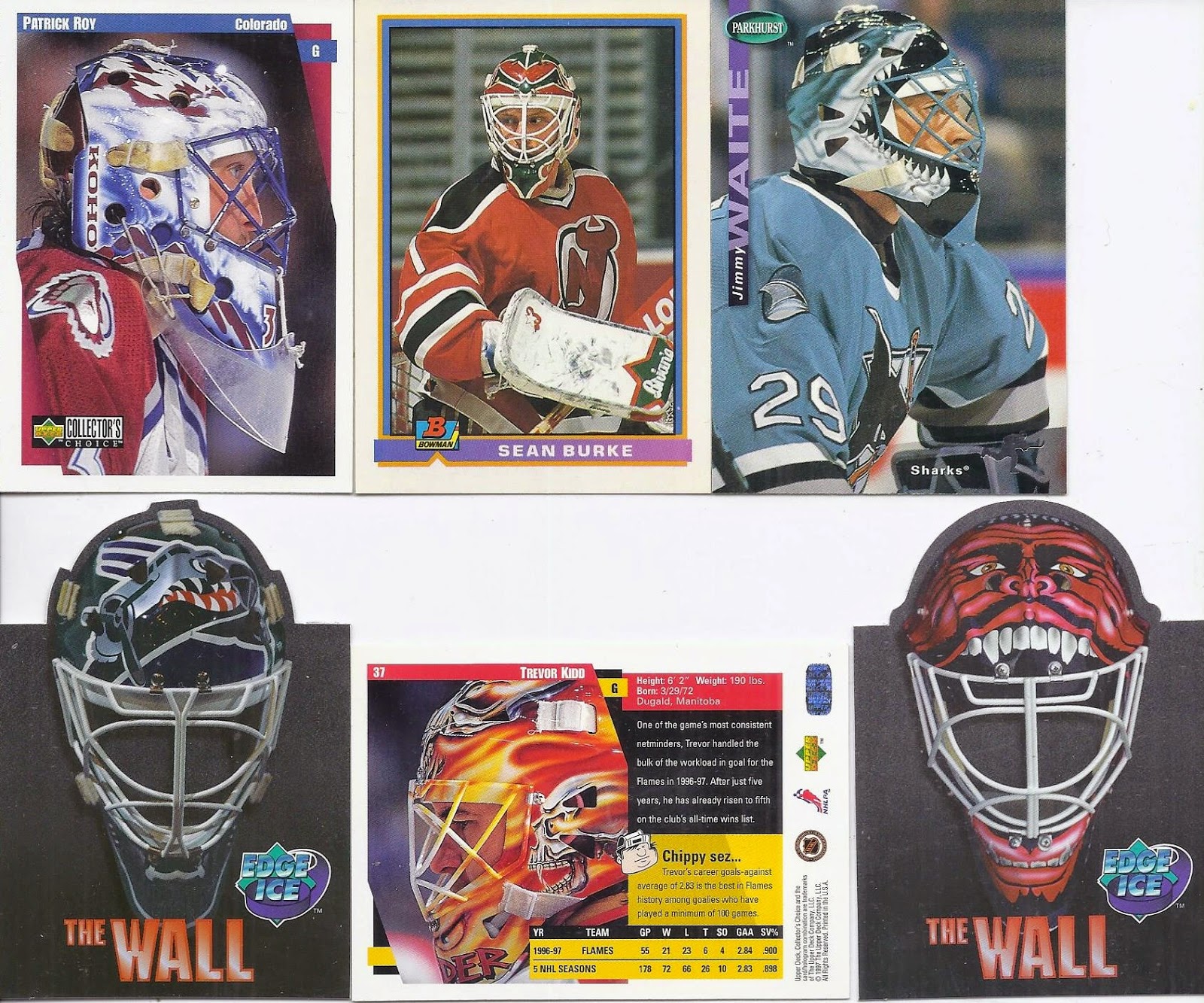 And a nice group of cards for my <2005 mask binder. I didn't know about those two die-cut cards until they came out. They're from a set featuring AHL and IHL from 1995-96. The cards are pleasingly cheap at COMC, and I've added to my collection by throwing a Pokey Reddick into my inventory.

Thanks for all the goodies! I'm now upset I didn't pick up any vintage Riders stuff at the Expo.