And now, the random cards in the repack. 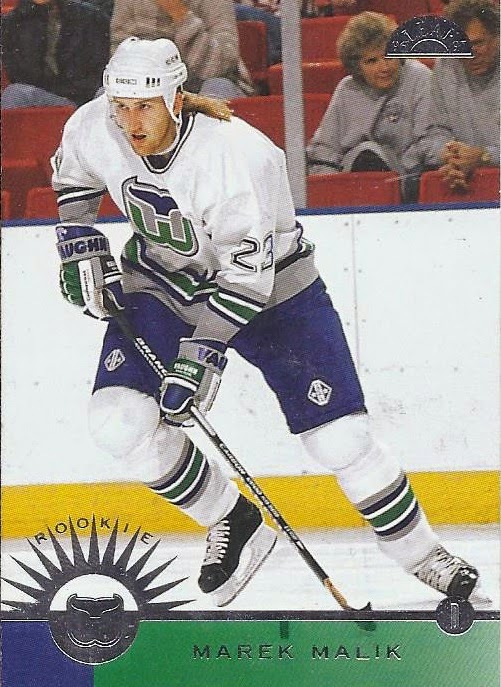 There are two visible cards among the 55. Usually, they are 1990 Bowman. This time neither of them were. I opted for this one because I can send it off to Shoebox Legends if he needs it for his Whalers collection, and if not, I can keep it for the spectacular mullet flowing out from the helmet. 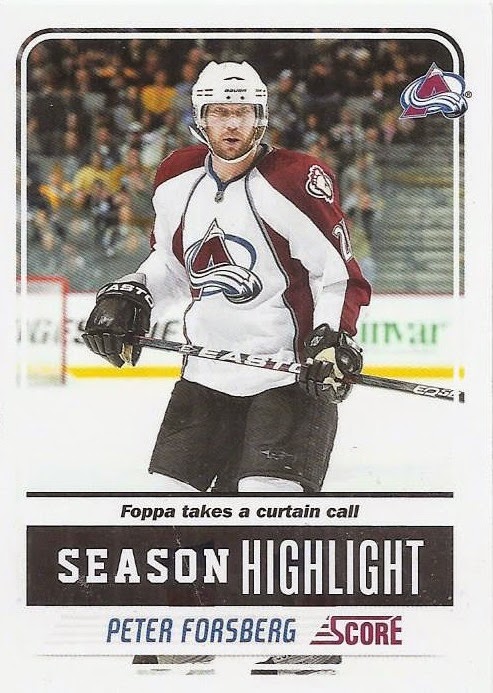 Sure, the other visible card was of a future Hall of Famer, and it is even the glossy parallel, but it doesn't have a Jagr-esque example of hockey hair.

Most of the rest of the cards were grouped by set. As space allows, I'll showcase as much from each set as possible. 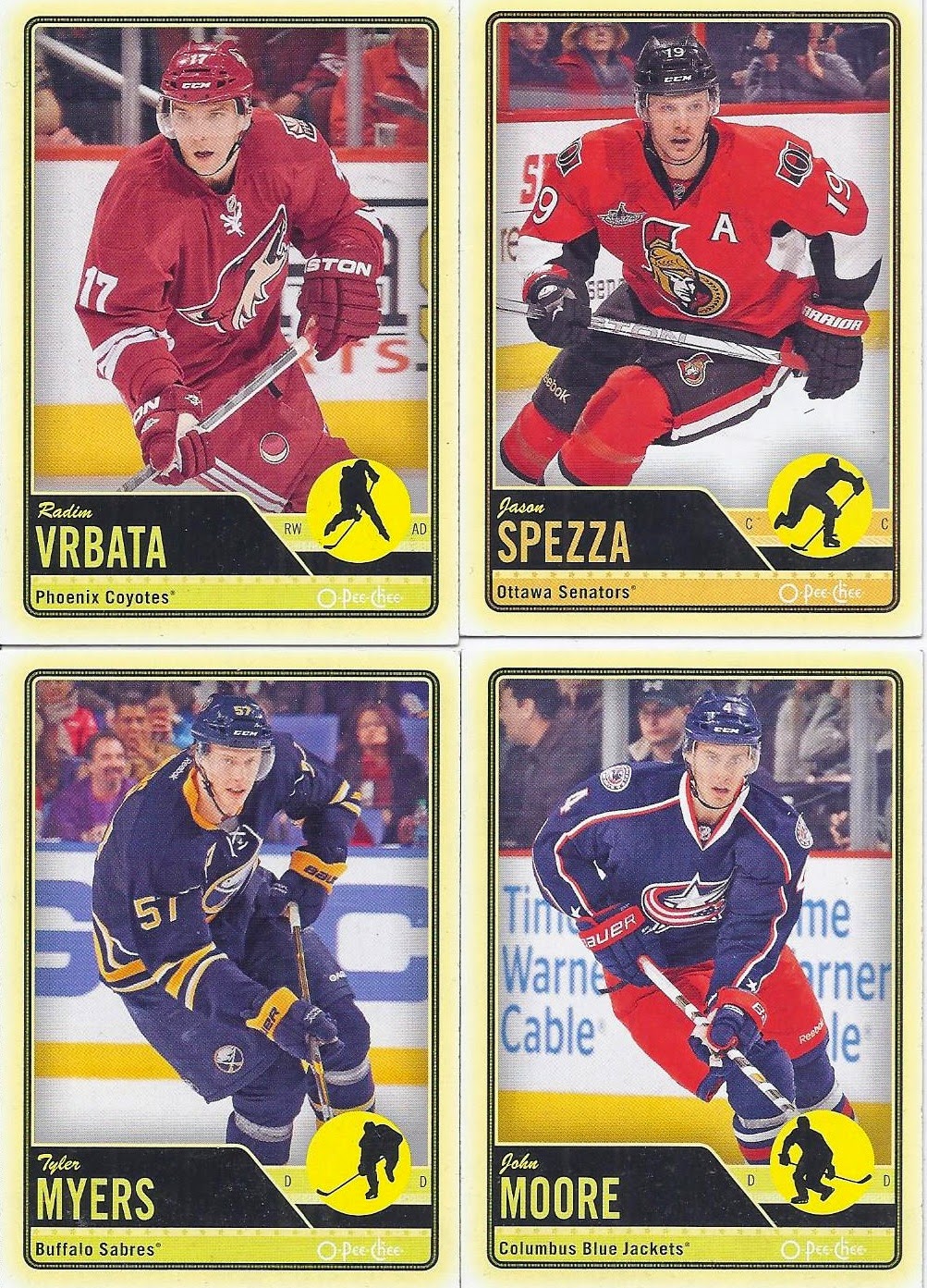 Just a generic 4 grouping of 2012 O-Pee-Chee, but at least there was a Spezza for my Senators collection. 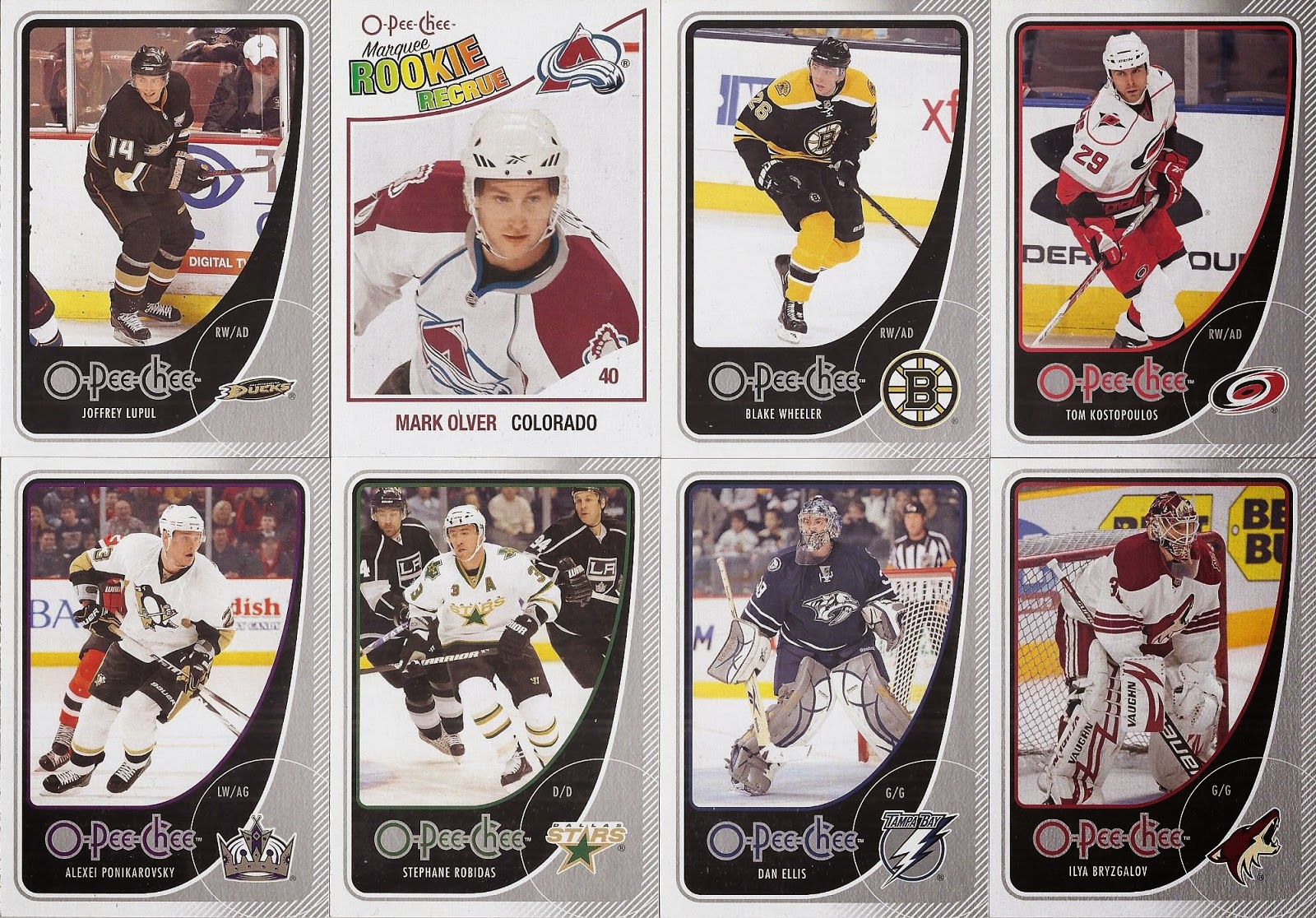 More O-Pee-Chee. This time from 2010, and the start of back to back sets that were rather border intensive. I like that they did try to update the Ponikarovsky with a new logo and team colours. It would have made it easier to add my first Alex Chiasson to my Sens collection this year. A couple mask binder cards highlight this bunch. 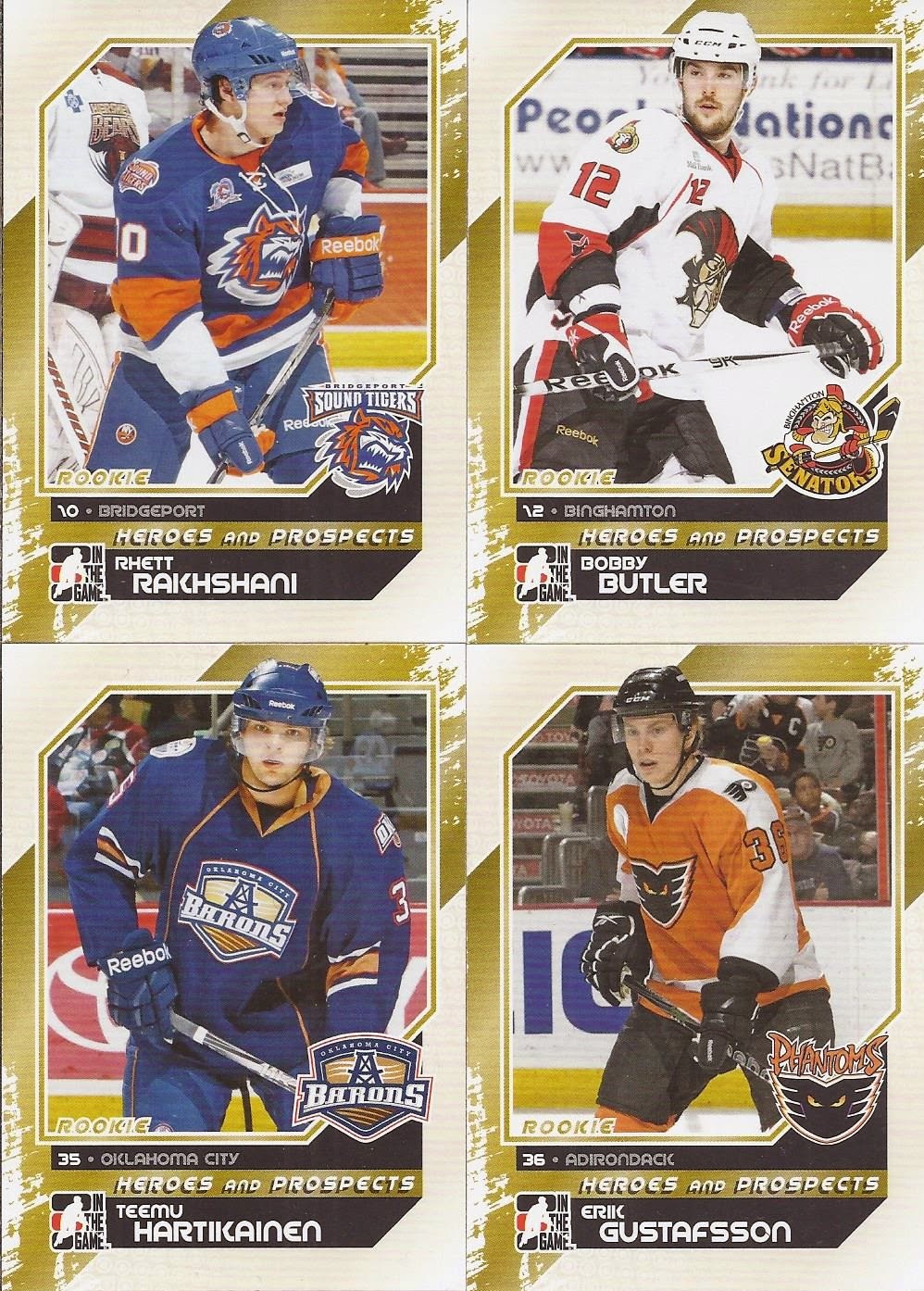 WOO-HOO! Minor league uniforms! I should pick the Binghamton Sens as my favourite here, but I think the Oil Barons one looks really nice, and would look even nicer without the Bettman stripes. 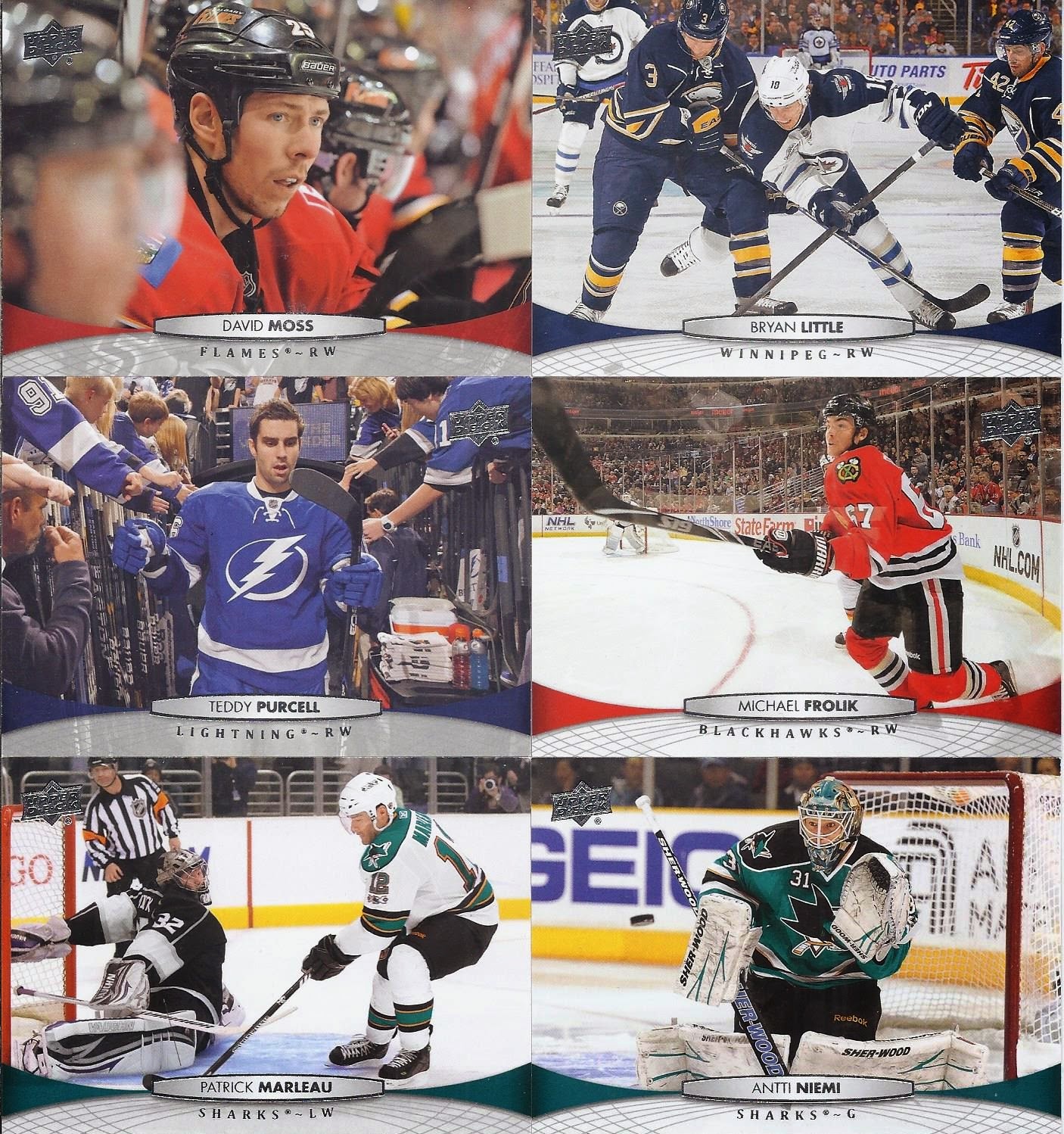 I then ran into a wall of 2011 Upper Deck. Probably around 20 straight. The vertical cards were all pretty bland, but there were some great entries in the horizontal base cards. David Moss is set aside for TMM. 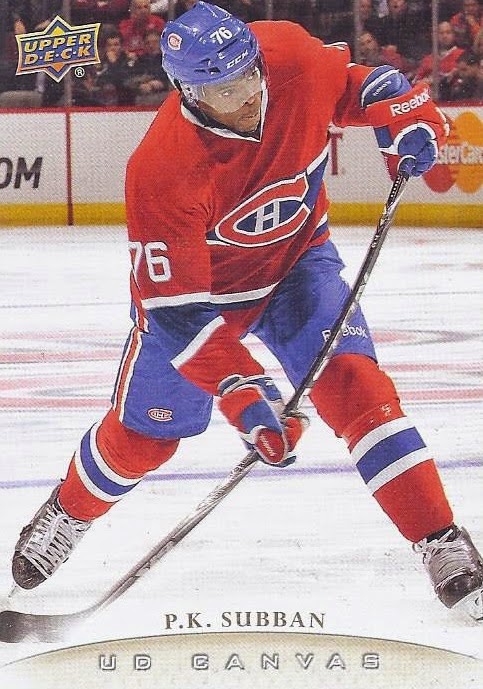 But, when that run of UD wraps up with a canvas insert of a marquee player, all is well. This was definitely an unexpected pull, and is a nice insert to get, especially in a repack. Rivals the gold parallel of Alfredsson for my favourite card in the repack. 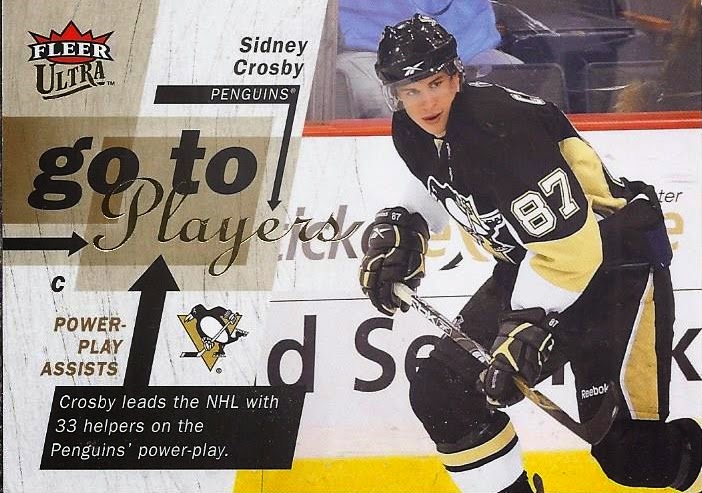 And then, one card that didn't go with any other set. When it is a Crosby, who can complain? There was also a good run of poorly centered Collector's Choice cards. The only one I'm showing is the one on its way to the mask binder.

Next up were some Score from last season. A mask binder card and a pair of parallels stand up in this bunch. 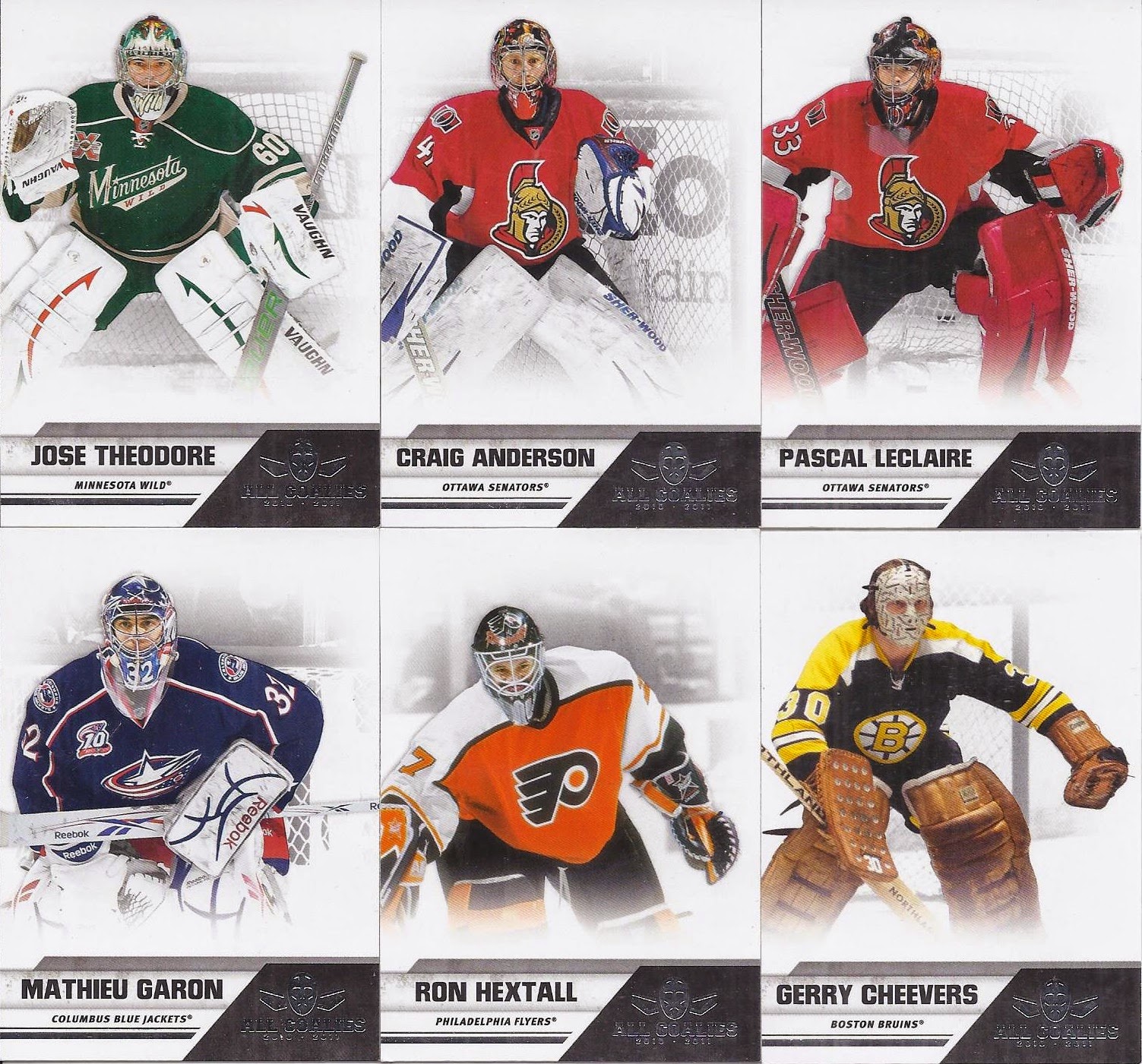 And finally, 6 straight mask binder cards. Why I haven't picked up one of these boxed sets form $10 when I see them at shows is beyond me. Great to see some current names in there along with some legends. How can I hate a card that has Cheevers' famous stitches mask?

Another round of Cube or Cards goes to the Cards? I might not have received book value worth, but the enjoyment value was there.
Posted by buckstorecards at 01:59