And now, part 2 of the box break as hit the inserts. Not all of them, but some of the subsets that I didn't pull in the packs or Raptors case break. And some of the more interesting ones that don't fall into those category. After all, insert sets are nothing more than an opportunity to place extra cards in the set of star players and rookies. But, there's no reason they can't be interesting. 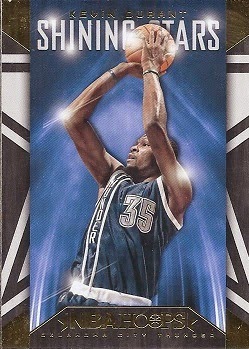 If it weren't for the alternate jersey, this one would definitely qualify as uninteresting. 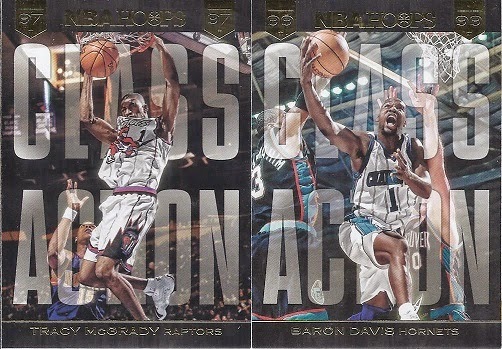 But I do like these Class Action inserts. The McGrady might have been the only unnumbered non-hit insert I didn't end up with in the case break (although i got a /25 version). And the old Charlotte Hornets uniforms are always nice to see - especially since they're against the Vancouver Grizzlies in that photo. 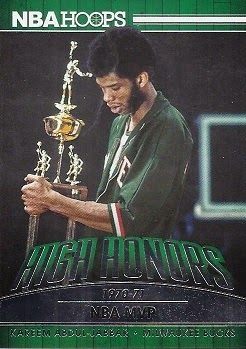 Another set I love is these flashback award cards. Especially with Kareem rocking the awesome sideburns. 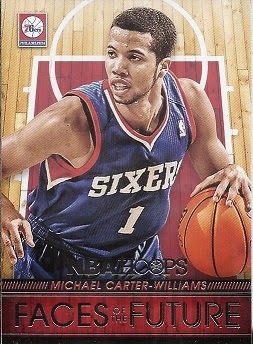 Another bland one, even though the key in the background makes me think back to earlier Hoops releases.

Even those extend beyond the past season. I do like these inserts from a historical perspective. The photos on the card do appear to come from the games in question. Yes, I am a glutton for punishment who actually wanted a card commemorating when Kobe scored 81 points against the Raptors. 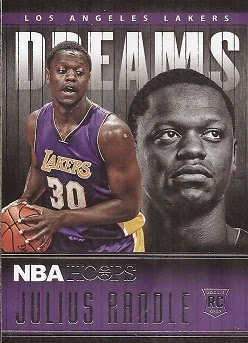 The Dreams subset is much like the Faces of the Future in that it is an excuse to add younger players into this. I like the use of colour on these better than on those though.

With all respect to Irving and Curry, I really don't think of their matchup as being on par yet with Russell and Chamberlain. I still can't and won't complain about any card with any of the 4 guys on the latter two cards. 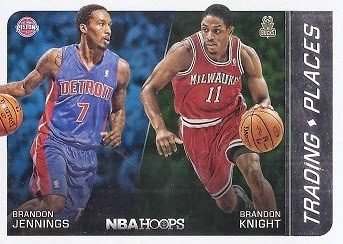 A card that commemorates a Brandon being traded for another Brandon? AWESOME!

It did take a bit to get to the awesome photo portion of the inserts, but these courtside inserts really make up for lost time in a hurry.

These might be even nicer for the variety of shots. And even more impressively... 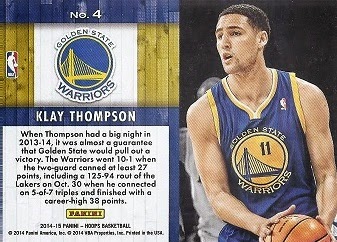 the back of these cards don't have a recycled picture.

OK. Time for the hits! 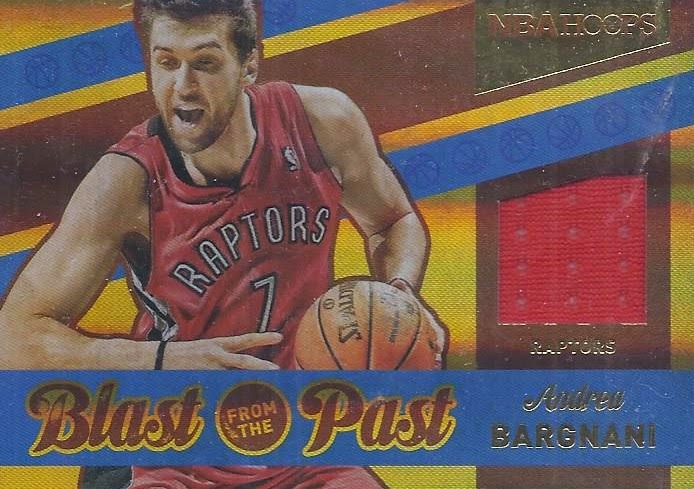 I guess I should not complain that my one relic hit is of a Raptor, even it is of a guy whose time here wasn't really worthy of a number one overall pick. But, with the exception of Aldridge and Rondo, 2006 really wasn't the strongest draft class. 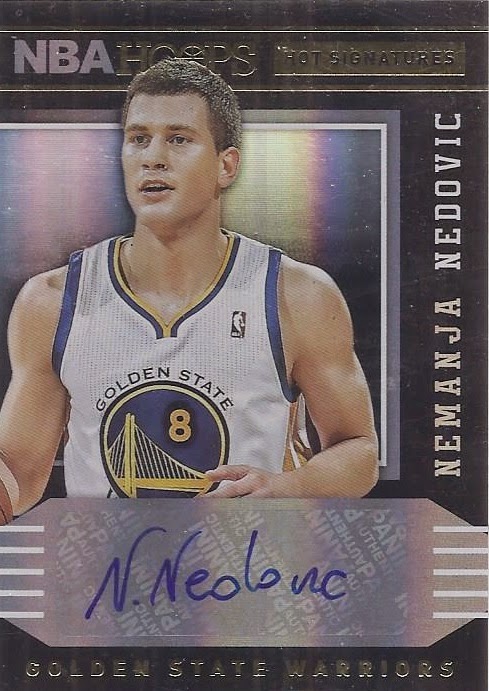 Keeping the European feel with the autographs, here's one that at least has decent penmanship. Even if he hasn't seen a lot of court time in Golden State. 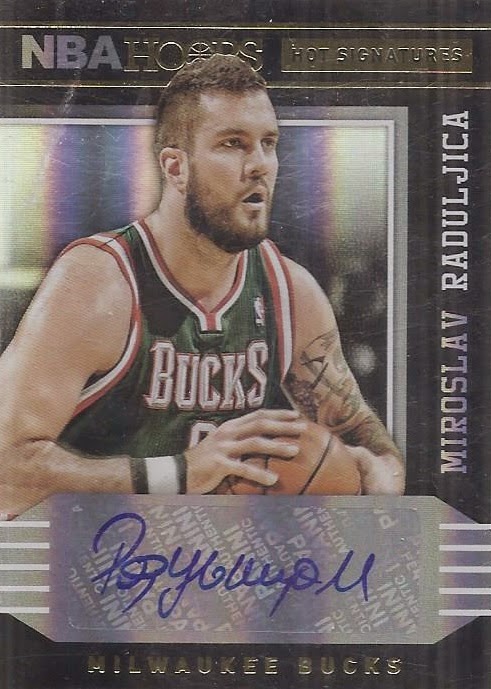 And here's a third hit of the box, and it also goes across the Atlantic. Miroslav saw a little action last year, but is in China now. But, since it appears this autograph might have been signed in Cyrillic, it is my favourite hit in the box. 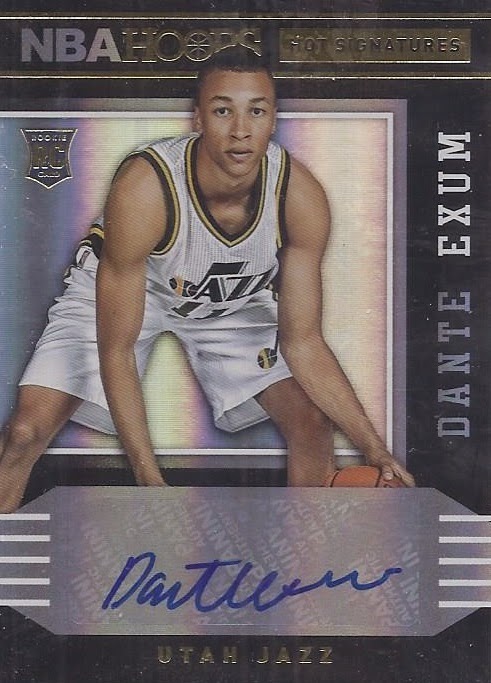 Even above a hit featuring the #5 overall draft pick. Yup. Bonus auto in my Canadiana box. Bonus auto in my hoops box. Although based on the box breaks I've seen, boxes that contain one of the the top draft picks tend also to have more than one auto, so there really isn't a big surprise there.

And with all these out of the way, I can finally start posting the rest of my singles.
Posted by buckstorecards at 17:10