One of the things that goes on during the Friday breaks at mojobreak.com is Free Pack Friday. It is simple. Show up for the afternoon breaks and watch. On the more hit-based products, you are given the chance to predict the team on an upcoming pack. Guess right, and they'll open up a hobby pack for you, and will send out any hits or low numbered parallels. Easy!

So, this seems like an appropriate time to show off some of the football cards I've got through that over the past year-ish. I'll hit the baseball portion at a later date. 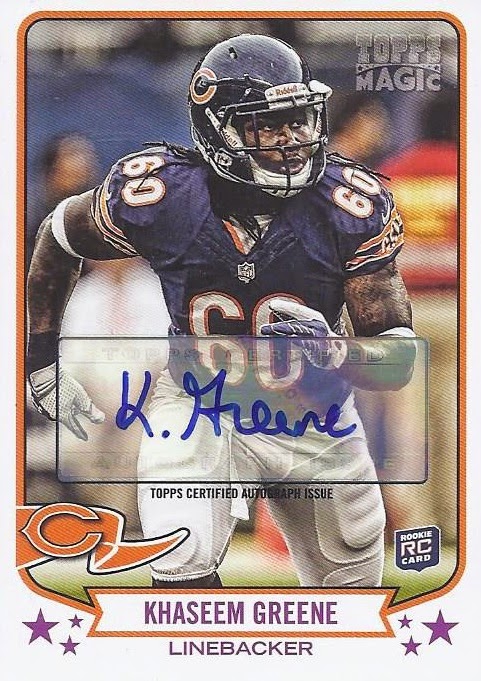 Let's open with one that came up at the perfect time. I had this one on my COMC watchlist, solely for the fact that I like Khaseen's penmanship. A nice auto where are the letters are legible, and it is nicely placed on the sticker. Considering a lot of autographs look like a really bad game of Pictionary, I'll take an auto like this any time. 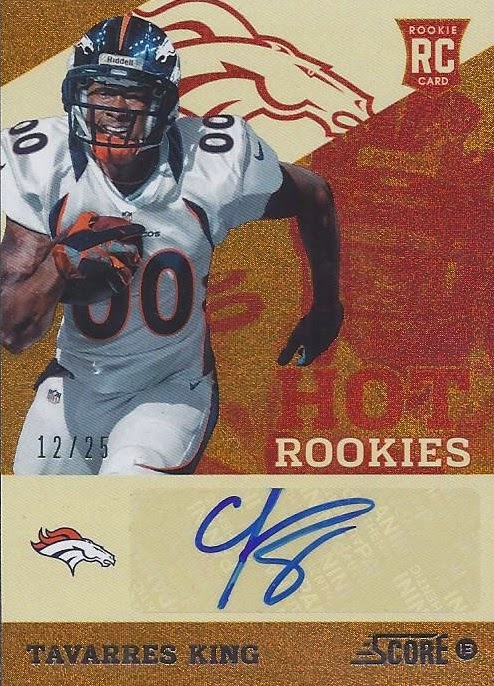 Speaking of a bad Pictionary auto, anybody want to try and parse this one? But, this is a Christmas card - numbered to 12/25. 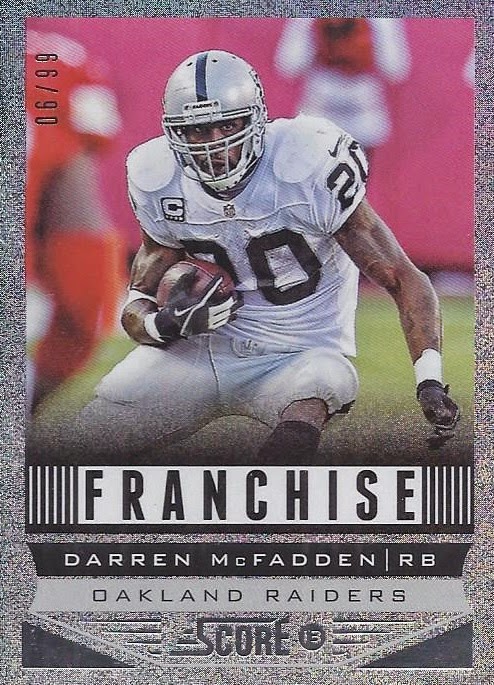 Staying with '13 Score, these are Showcase parallels, but that's just another way of saying silver parallel. Anyhow, at least the colour looks really nice with Raiders colours. This actually came from the same free pack as the King.

The rest of the free goodies came from packs of '13 Topps Strata. 4 cards - all rookie hits. 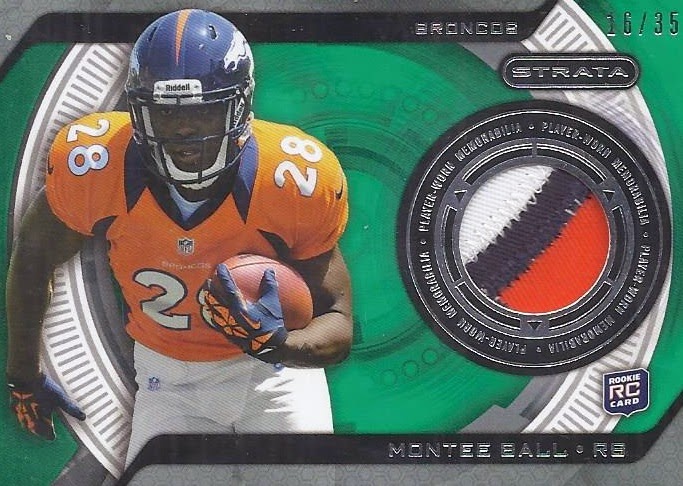 Starting off, a really nice relic from Montee Ball. Every Denver Bronco relic should have at least some orange on it. Here it contrasts nicely with the green on on the Emerald parallel. Even the curve of the patch portion works with the design in the background. A nice aesthetically pleasing hit. 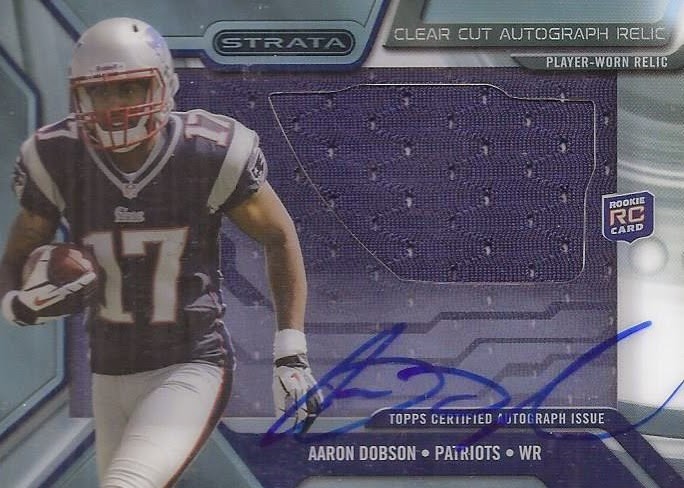 But on the other hand, this one would look far more pleasing with a large white swatch. Or at least being signed in a different colour to highlight the signature. Fortunately, the smoky design on the bottom helps a little bit with contrast.

As much as I liked the Greene, that wasn't my favourite free pack football hit. I'll just call it a tie for first. Both came from same box, as a matter of fact. 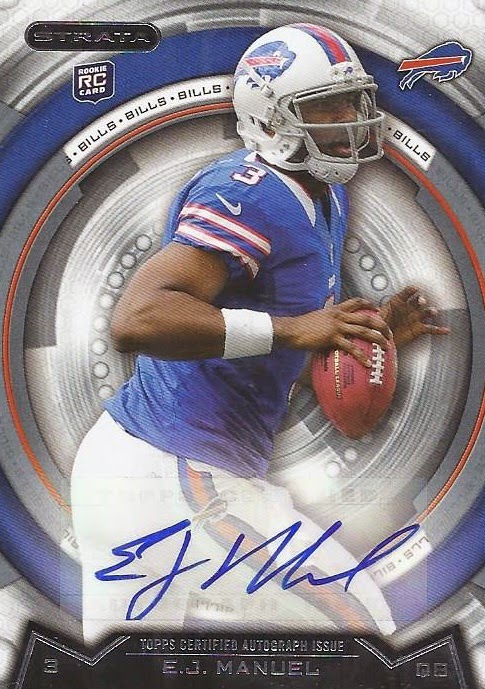 First up. Just an EJ Manuel auto for my Bills PC. Despite his struggles, his autos are still going for about $15ish on the low end, so I'm really happy to add this one, and stop then looking for deals on ebay autos listed as E.J. Manual. 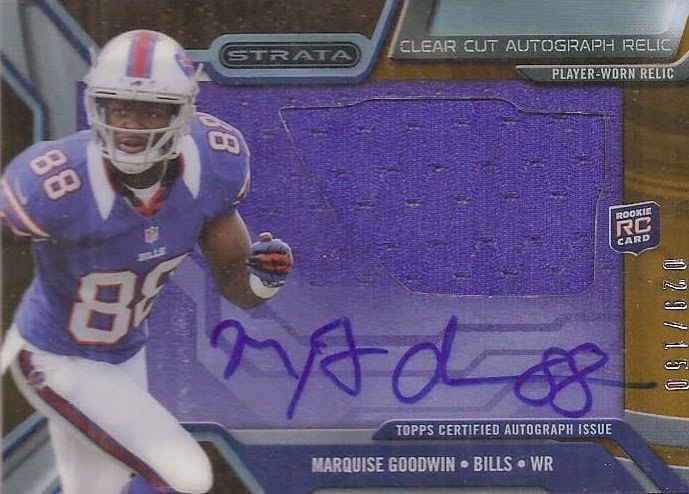 And one Bill deserves another. Although Manuel is probably the better card in terms of not having to pay to add it to my collection, but this is nicer since the auto is on card (or on the plastic-ish thing). Marquise's autos that are on card are expanded to include his number, which is a nice addition to a signature that isn't quite on par with Khaseem Greene's.

The best cards are free ones, especially when they hit your PCs.
Posted by buckstorecards at 12:34