I purchased a pair of hanger boxes about a month ago, and still haven't posted anything from those. In the meantime, I've purchased two more of those and a hobby jumbo pack, meaning I've busted 5 Update items with lots of cards contained within. Maybe it is time to finally start showing these off. I'm not going to bother with showing the base, since those have already appeared umpteen times across other blogs. Just the notable inserts and parallels! I may have shown some of these off before, so if you've seen them, enjoy them again! 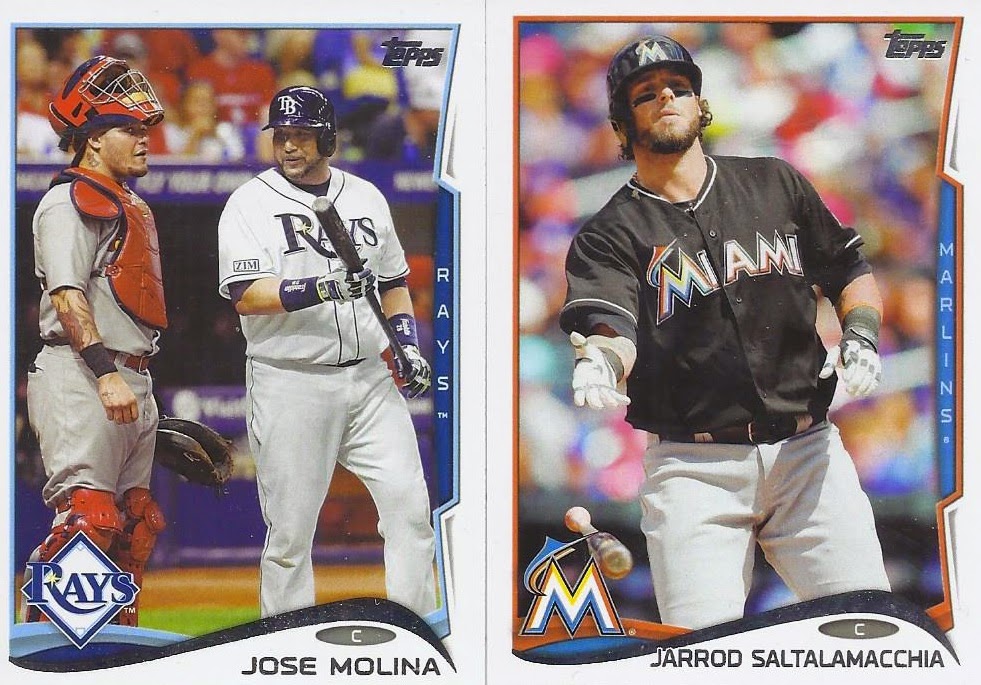 I can't find anything as to the odds the short prints fall at in the hanger boxes, but I pulled them in two of the four boxes. Both of them from Florida teams. While I can understand why they used a special photo on the Molina for the Molinas, I really don't see it so much with the Jarrod. Throwing a bat aside? OK. That just seems bland instead of SP worthy. 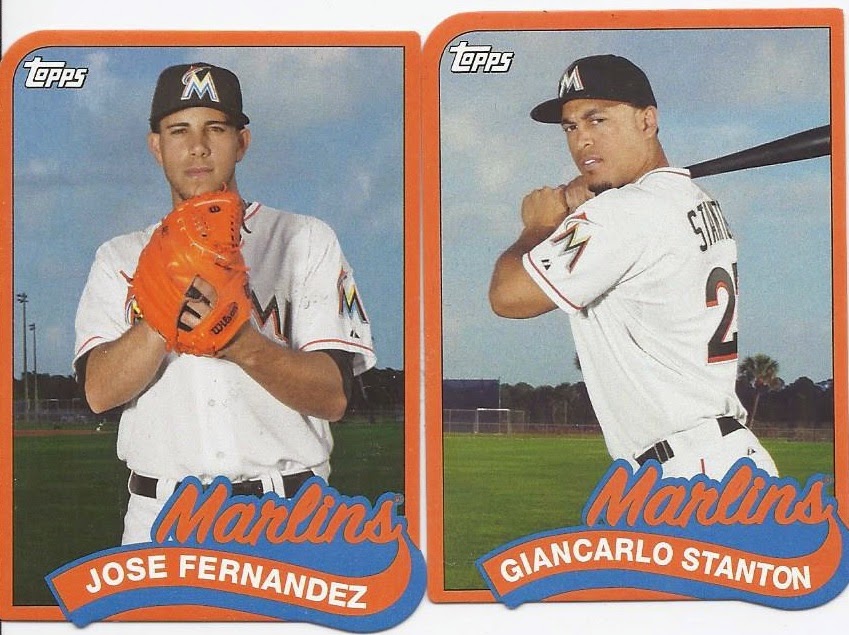 Sometimes trying to incorporate current team colours into new designs works from a "What if the Marlins were around in 1989" perspective. Based on this colour scheme, I'm glad they weren't. 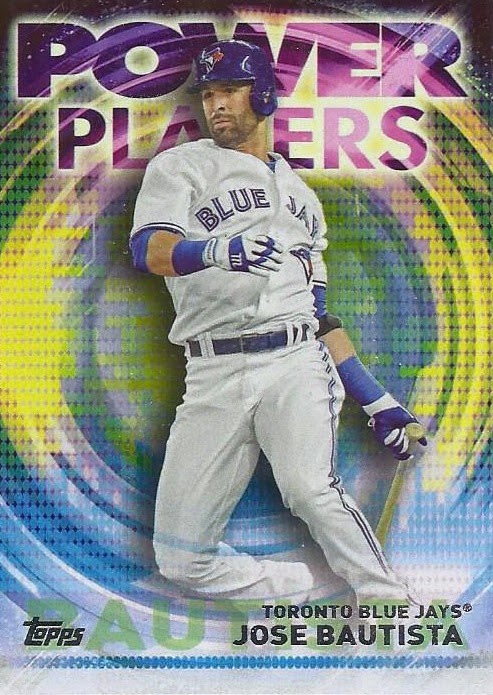 The only Blue Jay insert in any of the packs/boxes was this one of Joey Bats. I suppose if you're only going to get one, Bautista is a good choice. Even though I got this one from a pack days after getting it in a trade.

A set released around the time of the postseason seems like a good place to use the "World Series Heroes" subset. I like that they've actually used the World Series logos from the appropriate year instead of a generic World Series logo. Here are the golds. Cross referencing with $30 a Week's list, only the Frenchy (1460/2014) will qualify to be sent off to the serial insanity wantlist (probably in the mail next week). 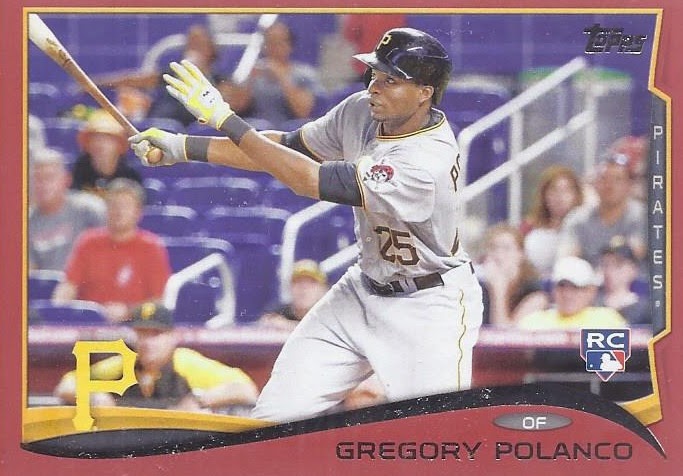 Of the red parallels, the best was likely the Polanco rookie. Other than that, there's the only Mets parallel/insert I got with a DAniel Murphy, and I also got a Julio Teheran one, and that was the only parallel I got more than just one of, since he's also among the golds posted above. 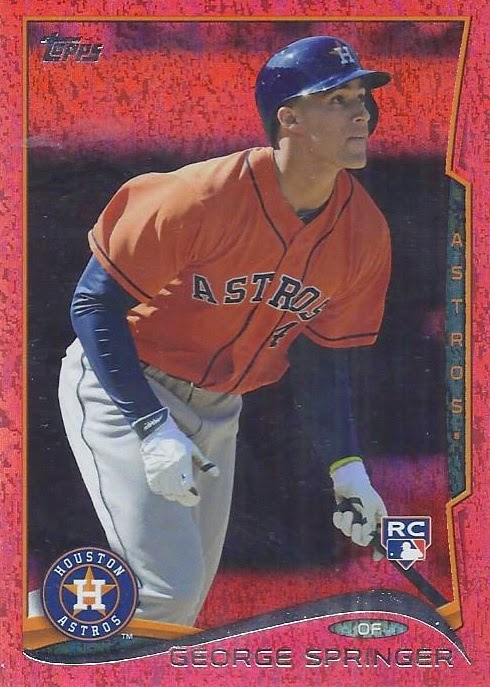 The closest thing to a big money card was this George Springer parallel. Yippee. No hits aside from the short print parallel, but they really weren't expected.

And that's about it. I'm about 70 cards away from finishing the set, so I'll probably hit up just commons or sportlots or something to finish the set sometime soon.
Posted by buckstorecards at 12:14