Since I had gone more than a week without busting anything repack related, time to bust another one. Up now, one of the 4 packs/50 cards/bonus repacks. 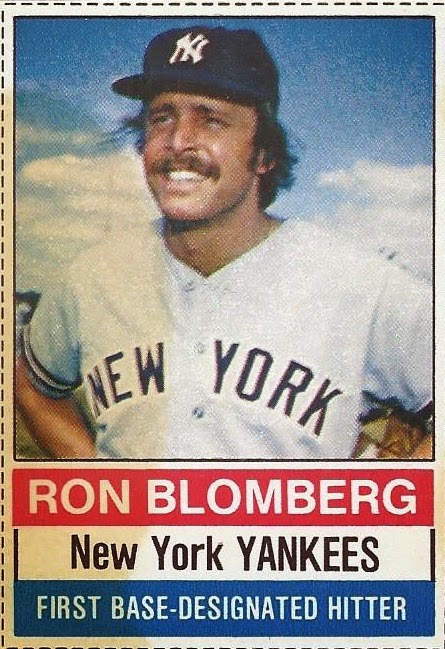 Hey! This is my second Hostess card I've pulled from one of these, although I like getting cards of a Brewers guy over a Yankees guy any day. Still, that's a nice Twinkie-stained card from 1976, and still a keeper. 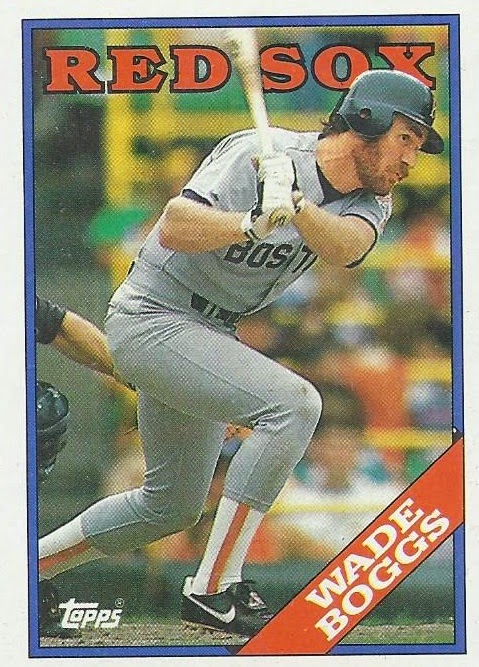 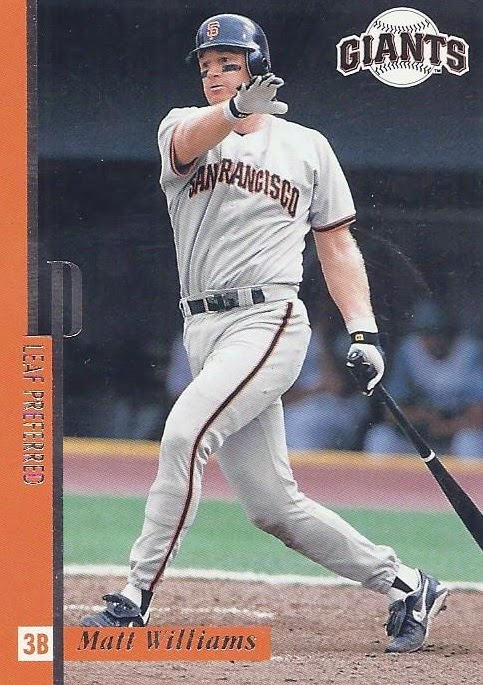 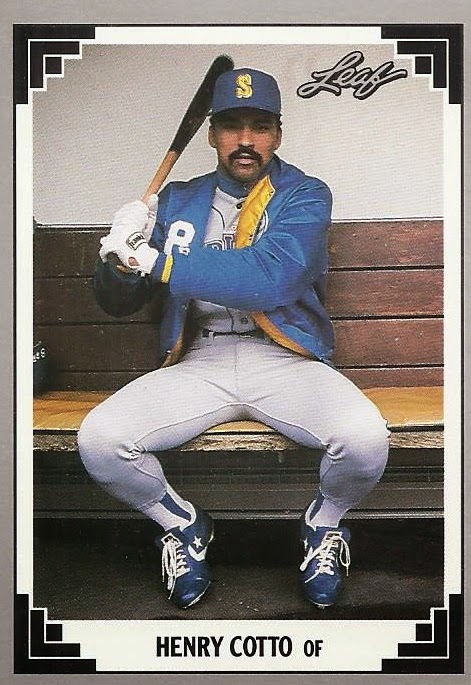 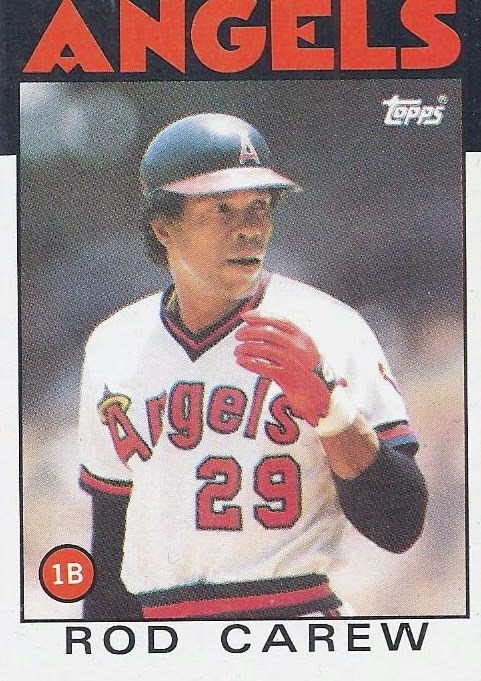 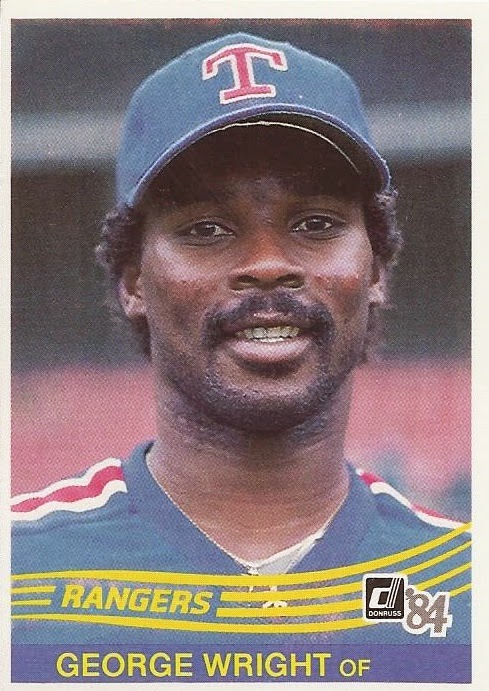 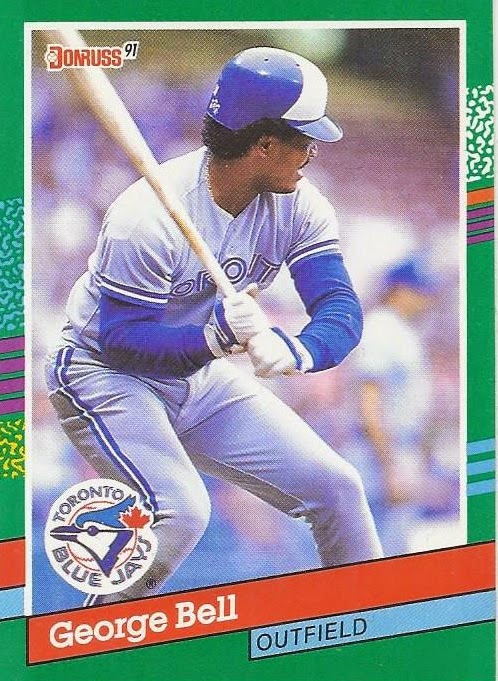 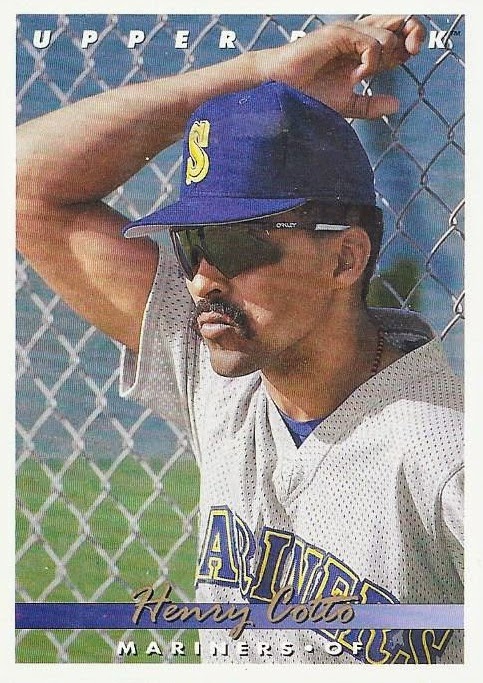 1993 UD Henry Cotto - "Yeah. Someone laughed at my jacket. You don't want to see what happened. It wasn't pretty." 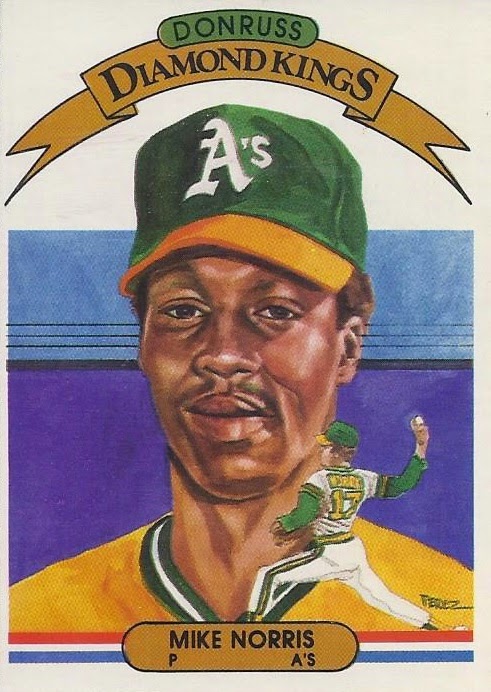 1982 Donruss Mike Norris - Forget not finding much 1984 Donruss, you really don't see any early Diamond Kings cards either. What a great keeper from a repack.
1983 Topps Mike Fischlin 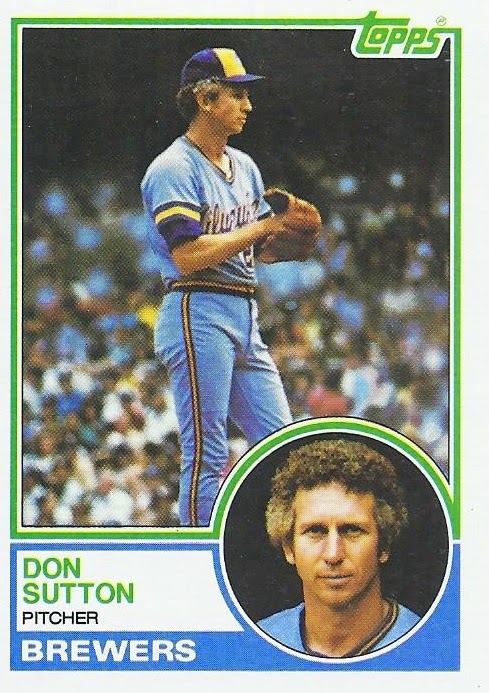 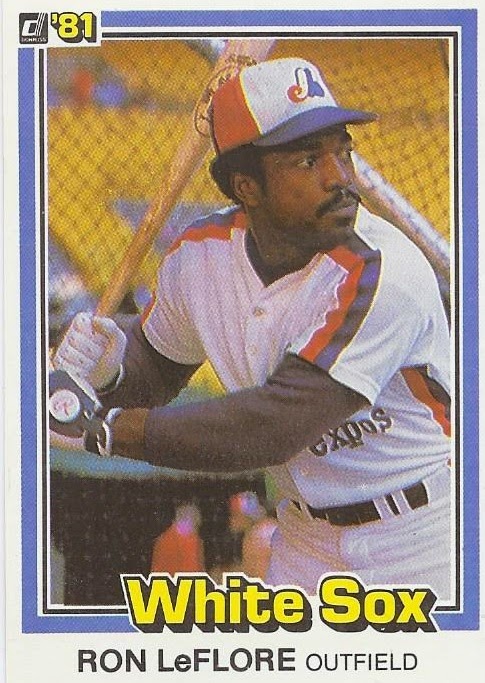 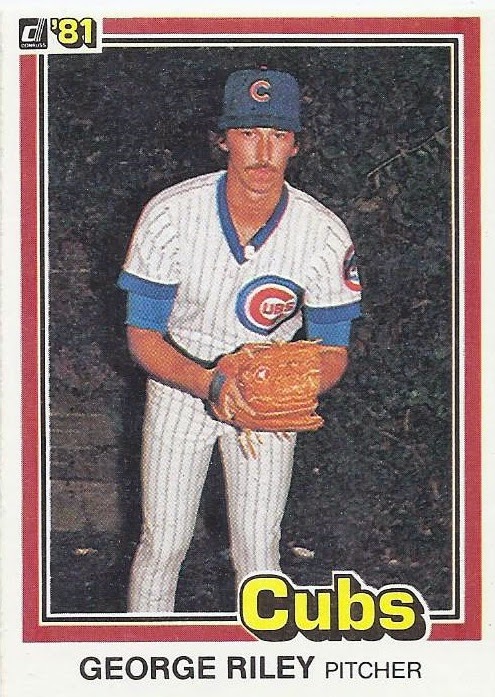 1981 Donruss George Riley - Was this taken during a solar eclipse over Wrigley? 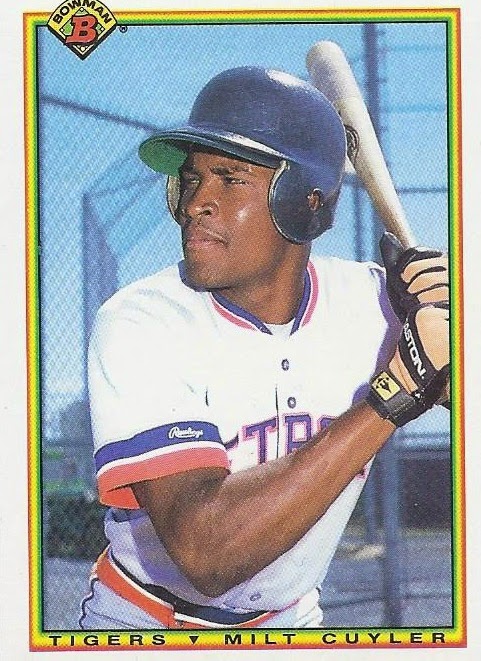 1990 Bowman Milt Cuyler - Milt obviously never took his mother's advice about his face freezing like that. 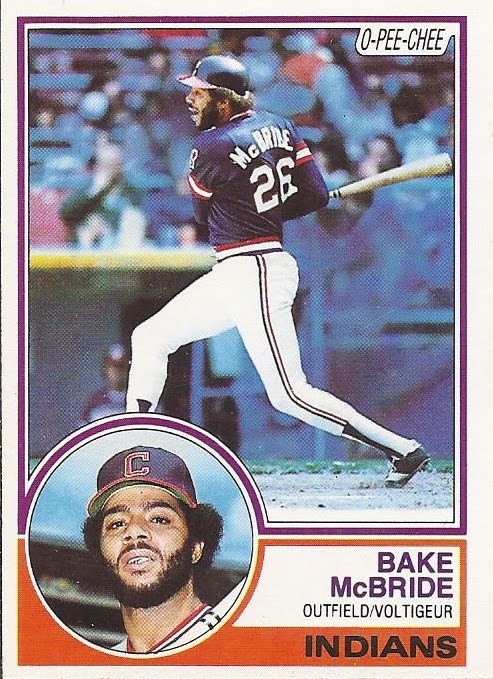 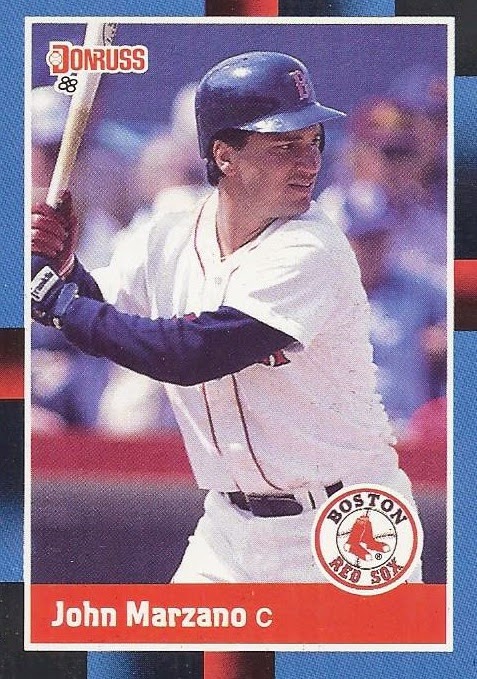 1988 Donruss John Marzano - If I were to count which 2/14 binder card I have the most of, this might be the winner. 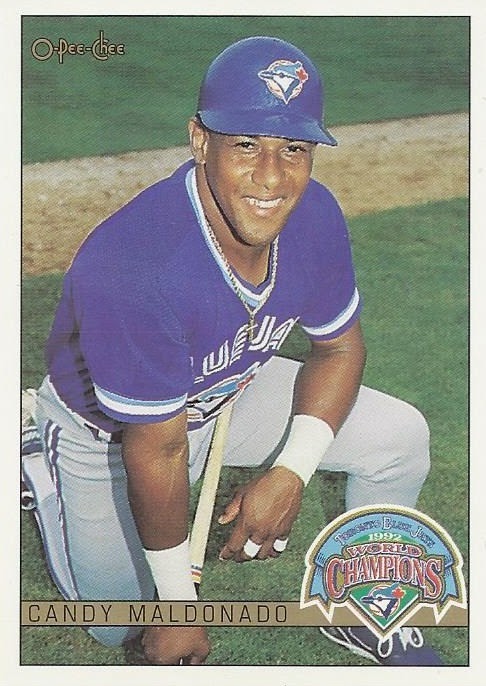 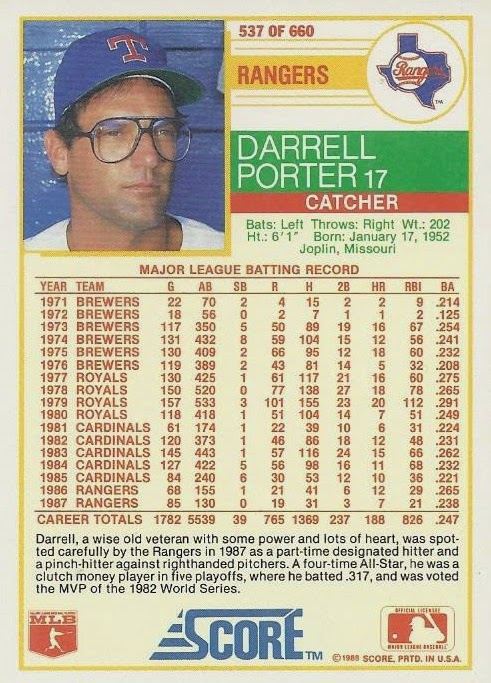 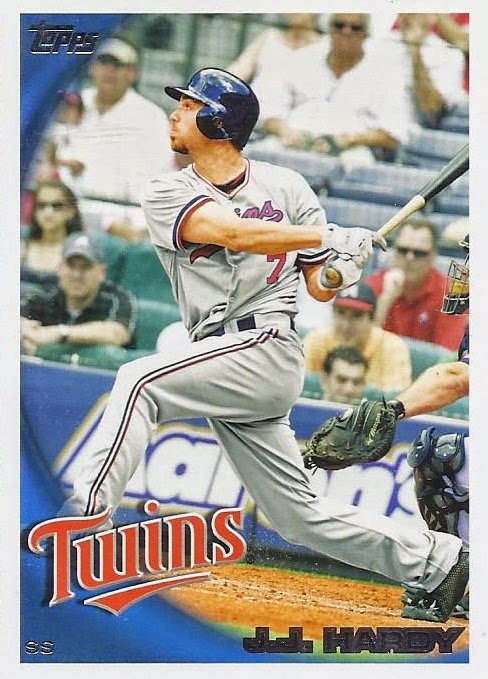 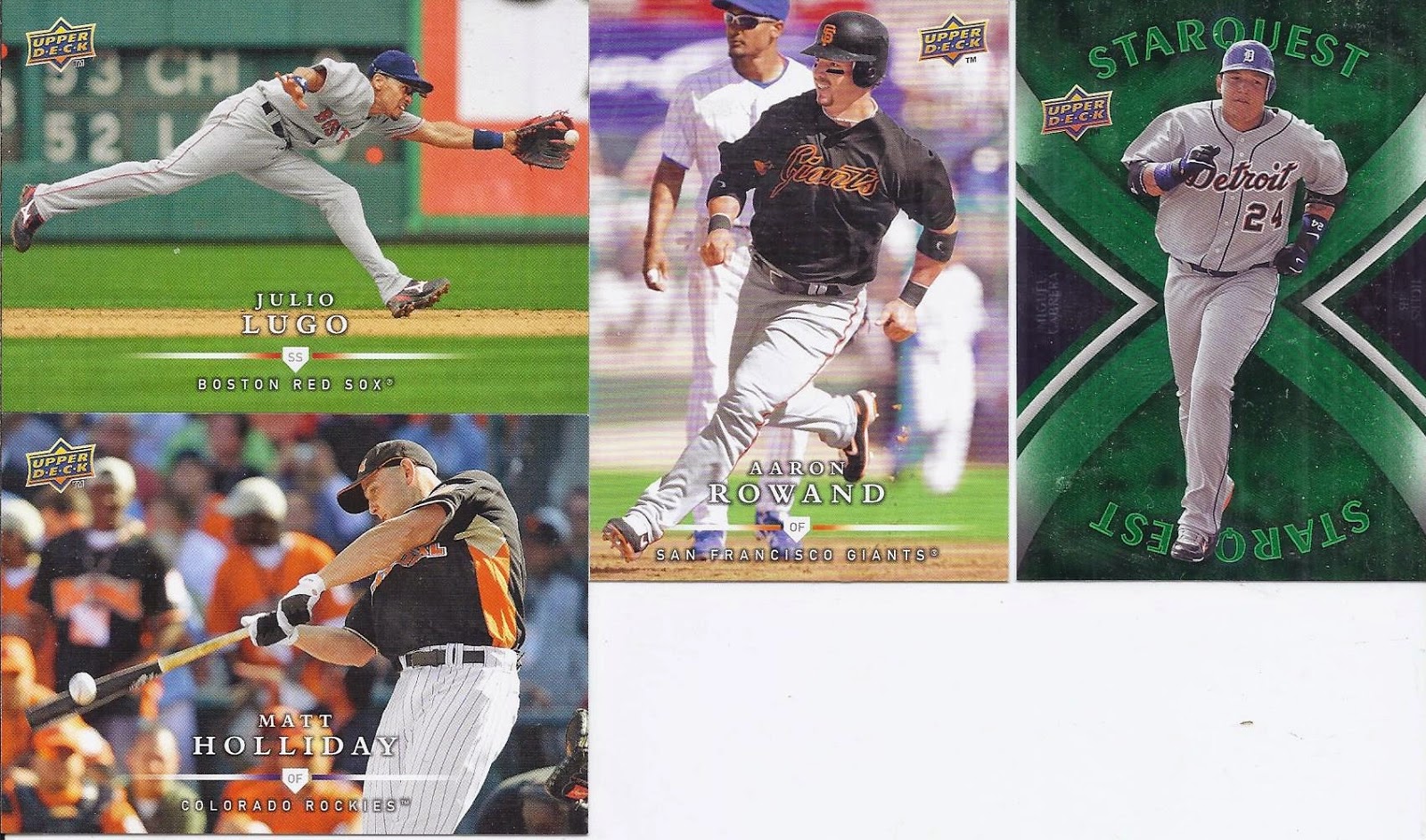 Despite the repetitive nature of finding '08 UD in this, at least there were a couple interesting full-bleed photos. 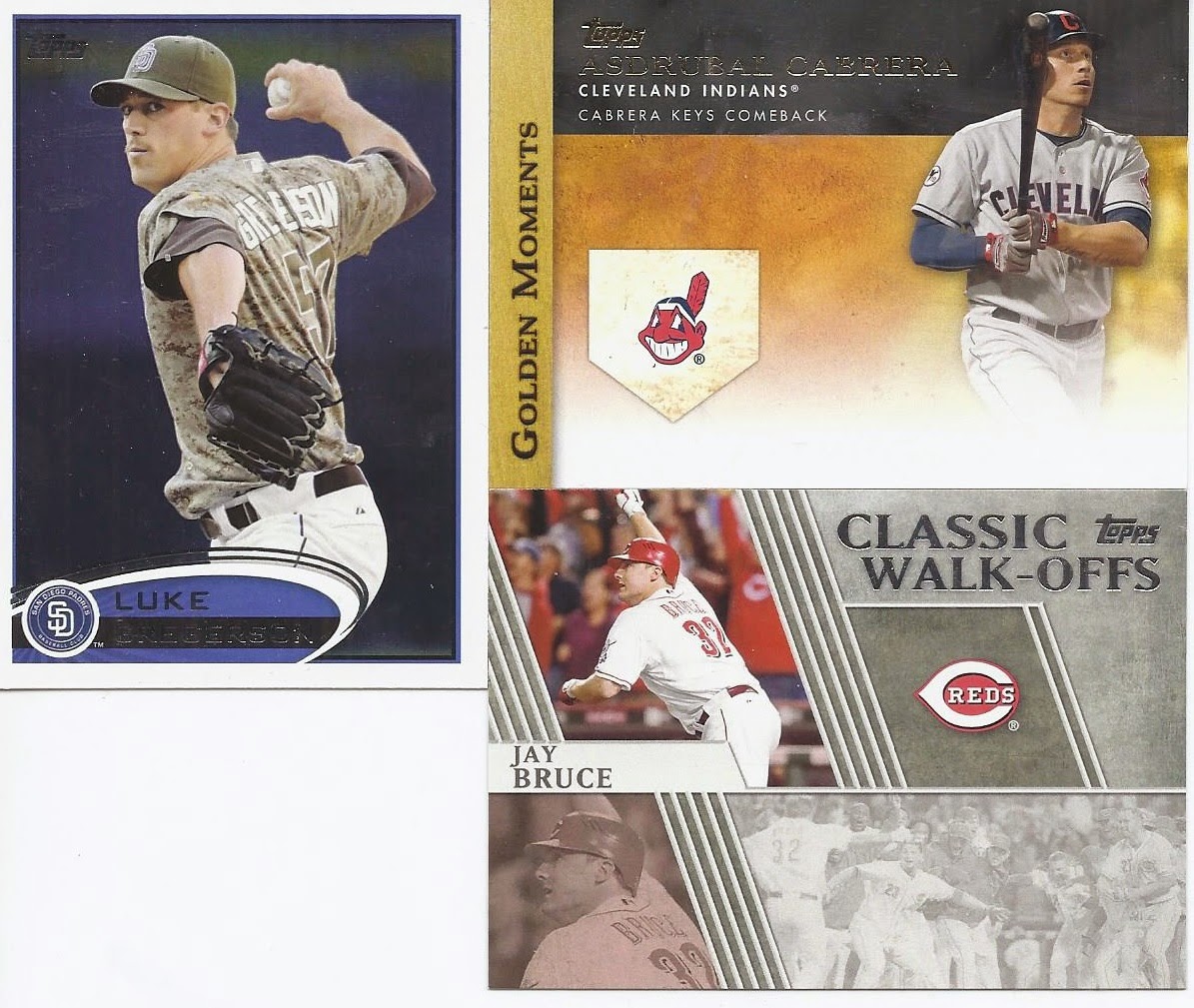 2012 Topps was pretty bland though, aside from the camo uniformed Padres card. 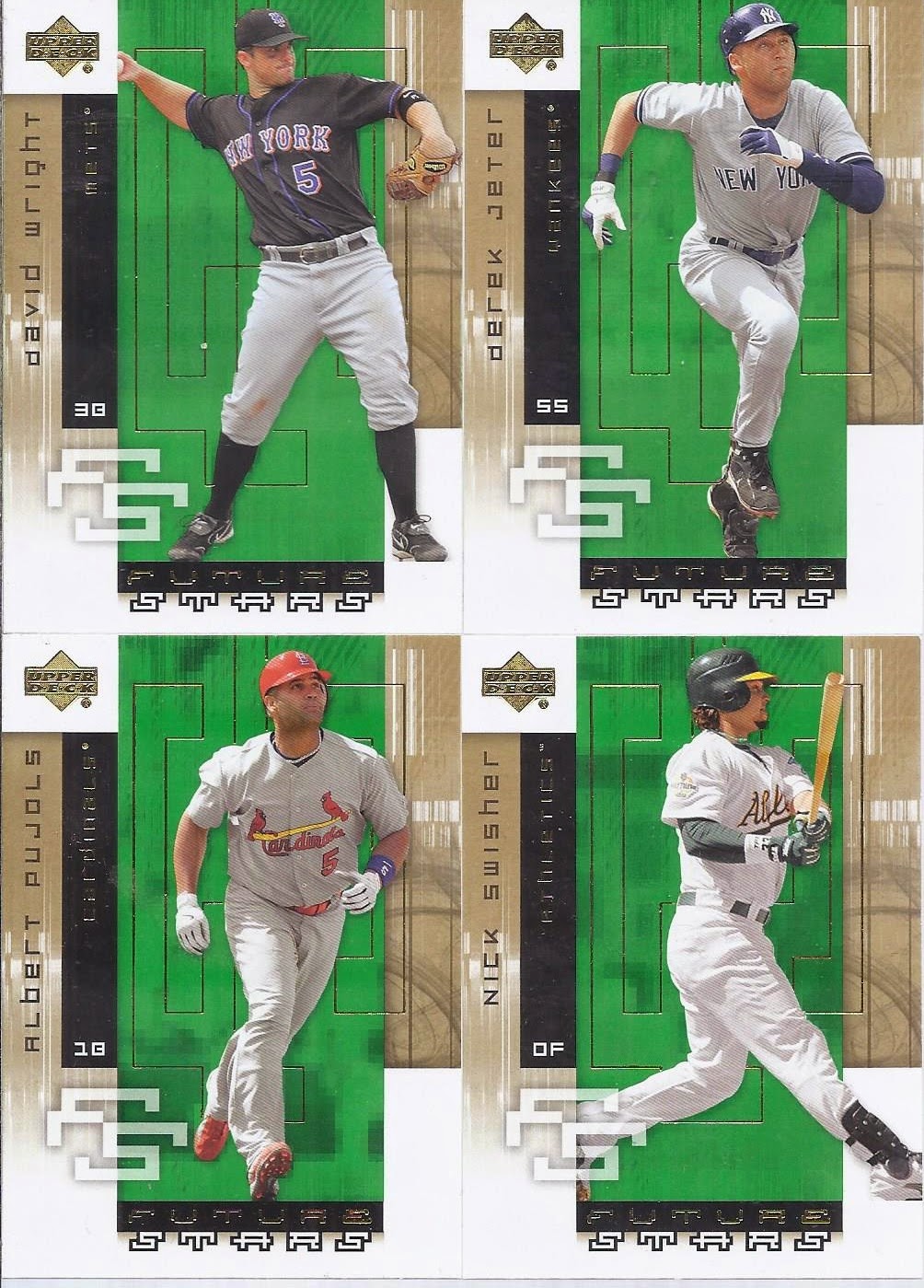 My only Mets card in this box was this David Wright. I'll take it, since I didn't have this one in my Wright collection.

And the Chrome. Joey Bats!

A decent repack. A few PC guys, and how can I ahte anything that starts off with a Hostess card?
Posted by buckstorecards at 14:28