Hey! Some people post box breaks of the latest goodies. I could have done that with the box of Between the Pipes I picked up yesterday. Instead, I'll post goodies from a $5.00 box of 1988 Leaf. Despite my love of masks, I'll lead with the cheap-o stuff. 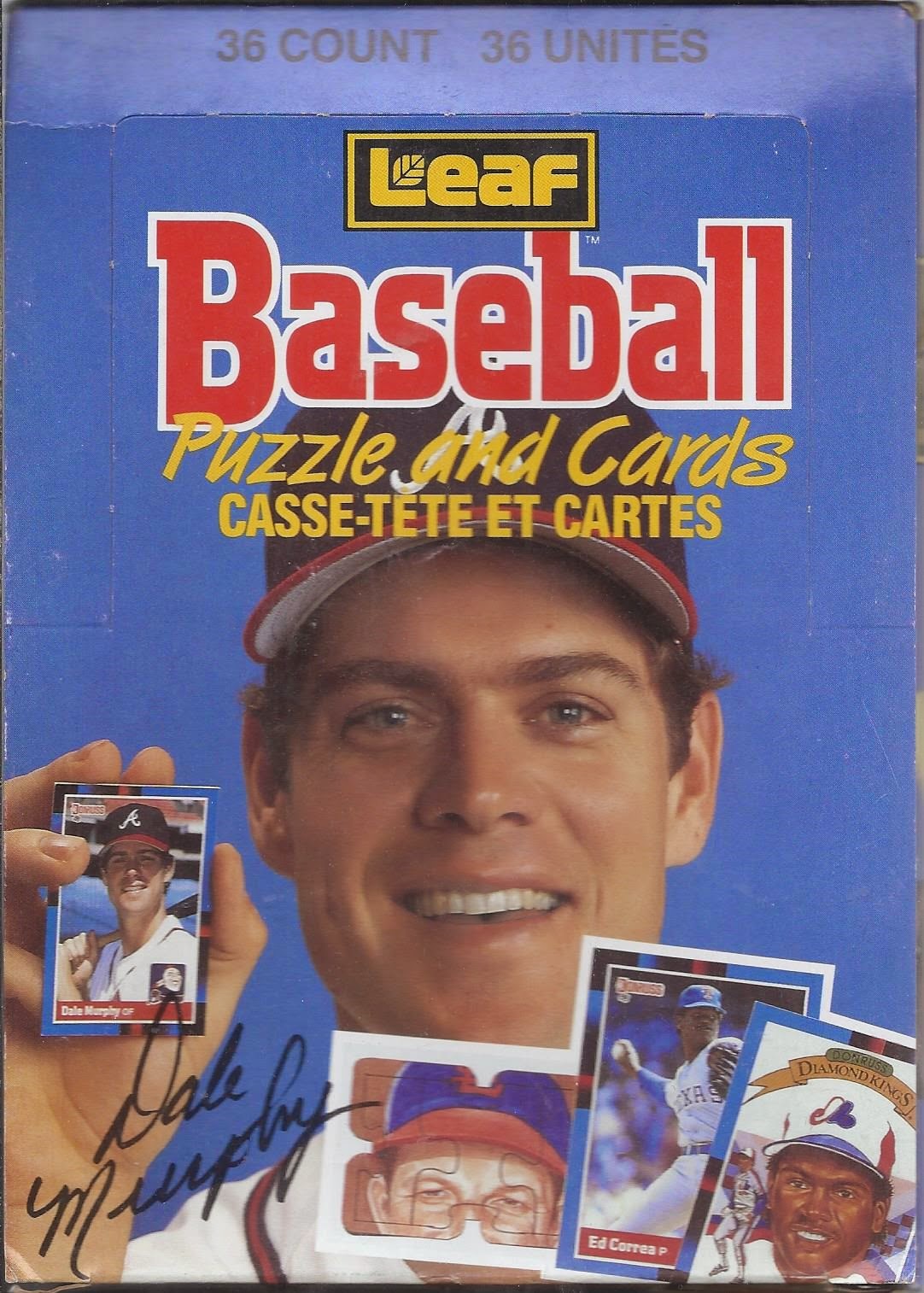 If you think that, with a 264 card set, and 36 packs with 10 cards each, a complete set is inevitable, you don't know or remember 80's collation. On the upside, at least my 2014 Heritage wantlist has some company. Although I did complete the Stan Musial puzzle. AS for the rest, 216/264 seems about right when it comes to the count. There were dupes. There were triples. I even got 4 Dwight Evans Diamond King cards.

The most surprising thing about the set. You'd think with a Canadian set, that the Blue Jays or Expos would have the most cards. You'd be  wrong. Among the base set, the Mets lead the way with 18 base cards. The Jays only had 17, and that's with an extra card in the base for both the MVP and Canadian greats. There were only 14 Expos, as opposed to 15 Red Sox.

But, enough with that, let's show off the goodies! 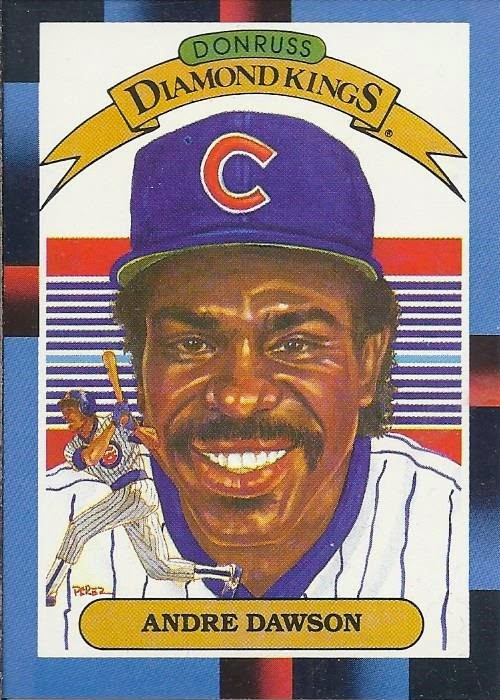 Lots of Diamond Kings in this. Leaf didn't reduce the number of Diamond Kings to focus on the Canadian teams. All 26 of them are part of the set, but I only pulled 20 of them. My favourite of the ones I pulled was the Andre Dawson, where the colours and the background work perfectly with the team colours. 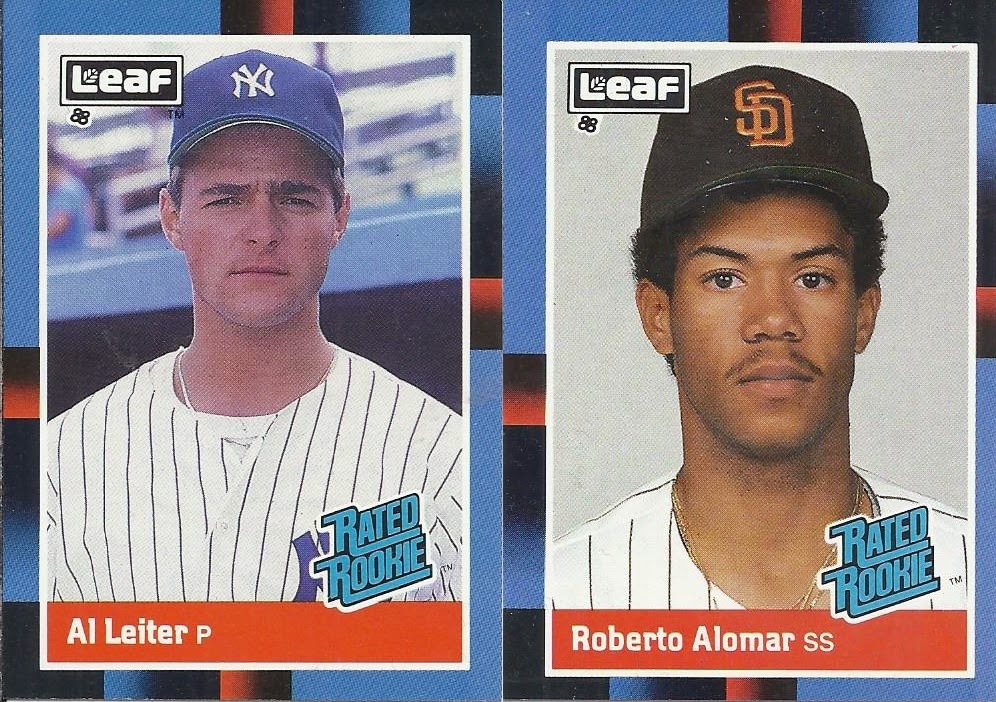 No reduction in the Rated Rookies either. All 20 of them were part of the set, and I grabbed 2 of the 3 better ones that were part of this subset, missing only the Mark Grace. 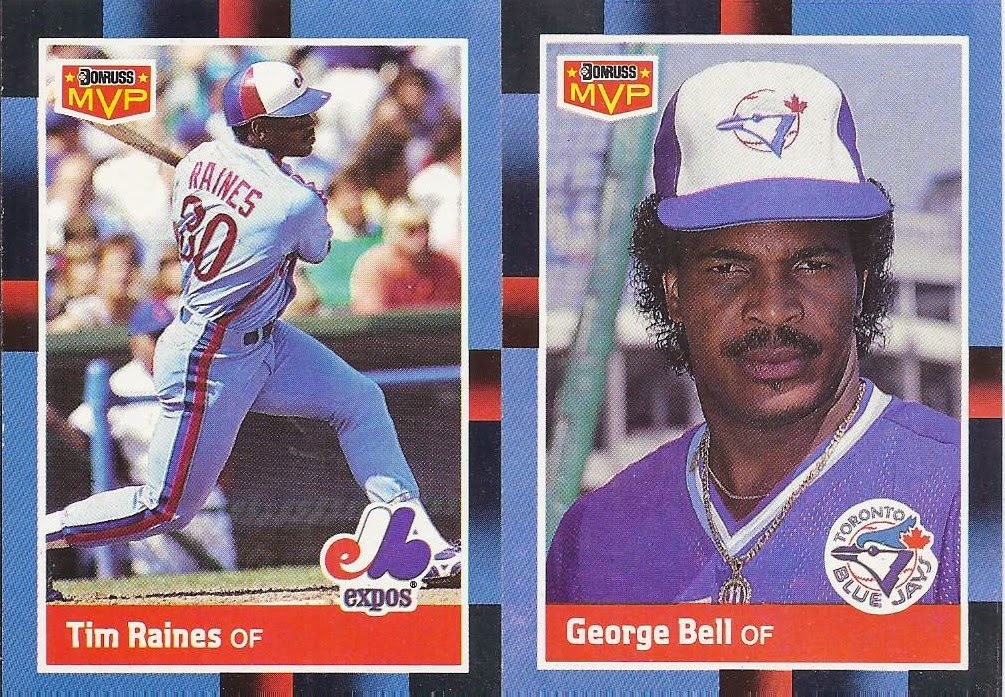 Inserts? Inserts? No inserts at all in this. Even the MVP cards of Bell and Raines were part of the main set. The other 24 MVP cards were nowhere to be found. 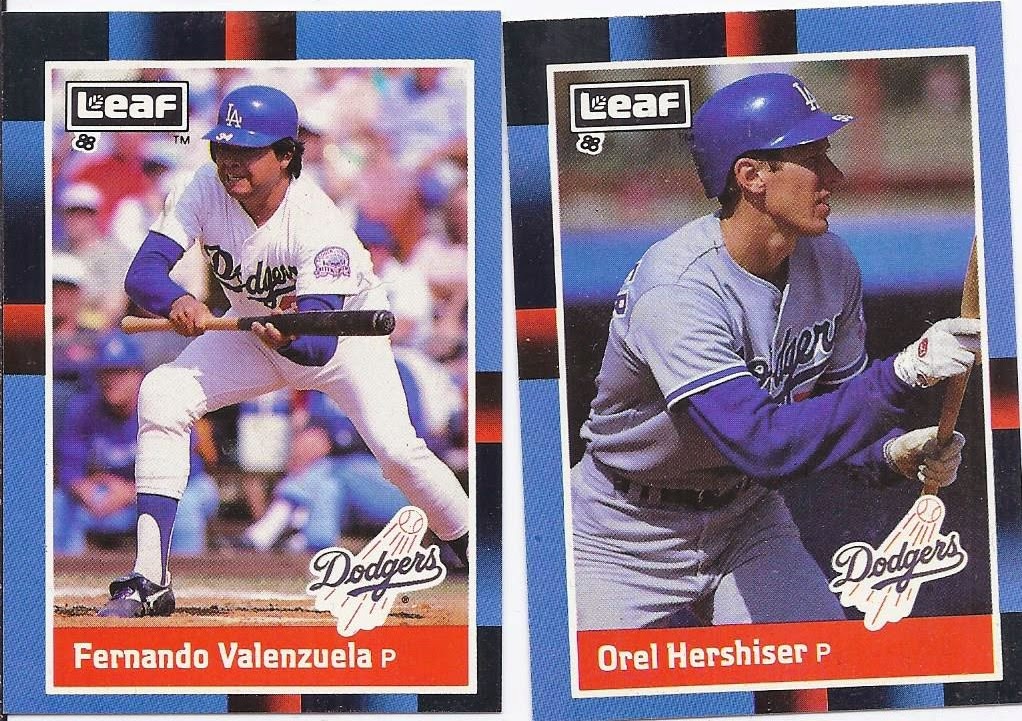 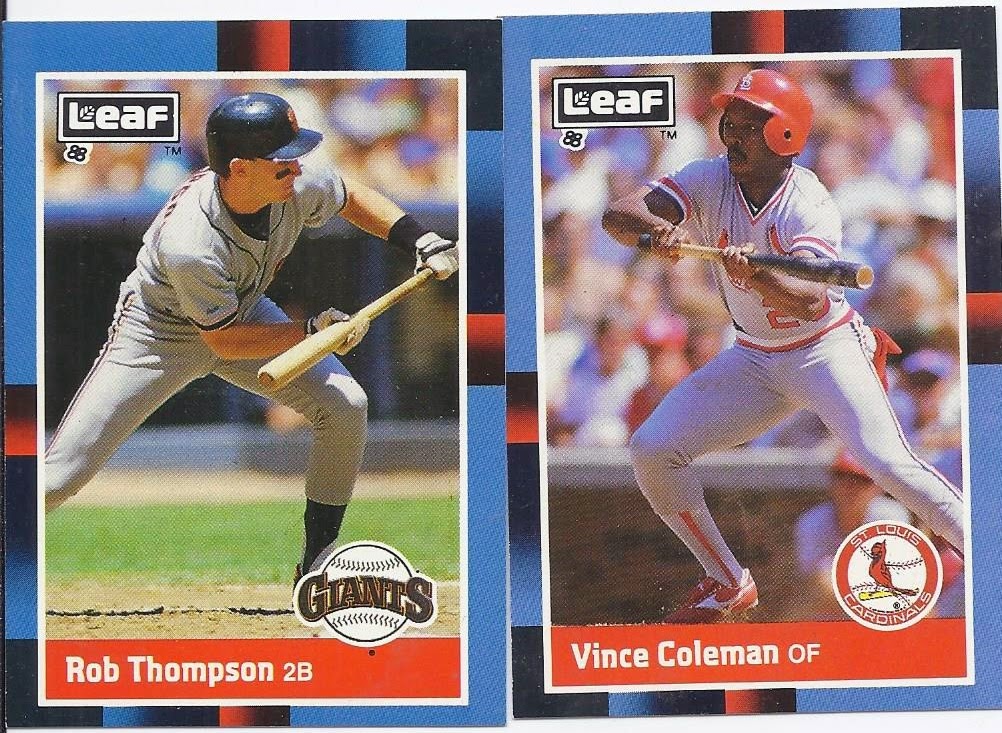 There were lots of bunting shots for such a small set, featuring bunts being attempted by both pitchers and non-pitchers. 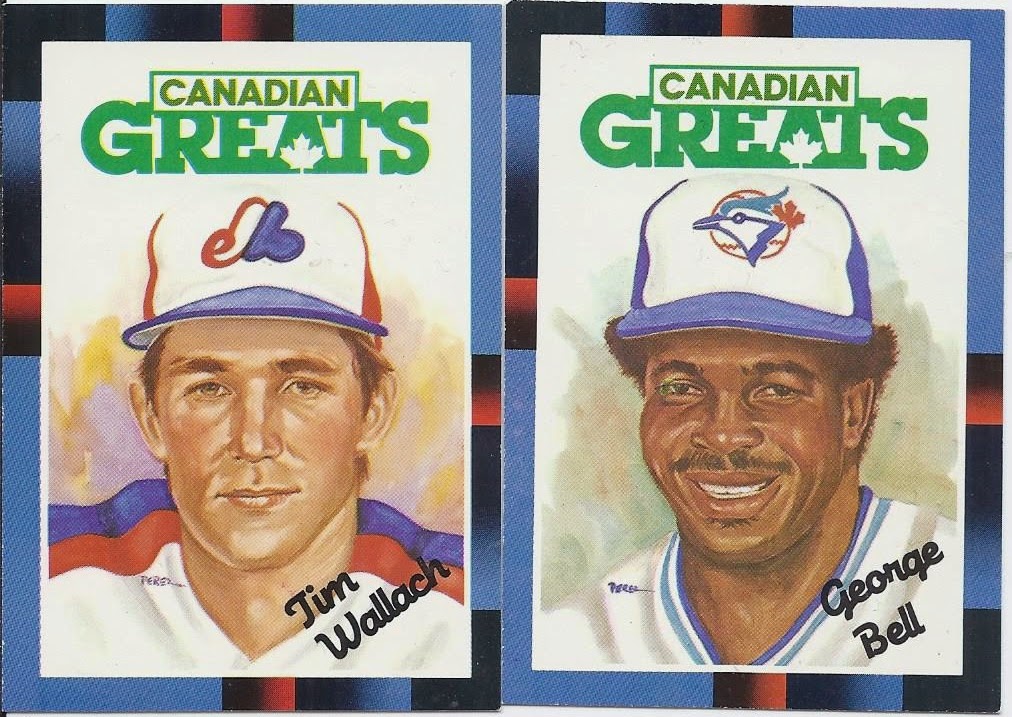 And finally, my favourite portion of this set. The Leaf Exclusive cards. Canadian Greats were a type of Diamond King exclusive to the Leaf set. Still, Dick Perez churned out an extra portrait for the 2 Canadian teams. Tim Wallach never ended up as a Diamond King, but this was the 2nd appearance out of 3 for Bell. He was a Blue Jay DK in '86, and would also be there as a Cub in '92.

And that's about all for the box of Leaf. I've probably the first person to put 1988 Leaf on their wantlist for set building purposes, so if you've got some around, let me know!

As a final note, if you get a package from me over the next week or so, don't be shocked if you find some of these bilingual goodies in the package.
Posted by buckstorecards at 10:01