Expect an envelope of some sort over the next week or so.

Now, down to the business of cards. Some dealer at the ashow had misc packs of baseball and hockey in a huge box advertised at 3 for a dollar. While there was a lot of 1991 Score and Pro Set in there, I also spotted 5 jumbo packs of 1993 Upper Deck. I was all over those. But I still needed some other pack to round up to $2.00.

One pack of 1993 Fleer Ultra Series 2 should do. I don't recall busting any of this at the time, so this will be a novelty 20 plus years in the making. 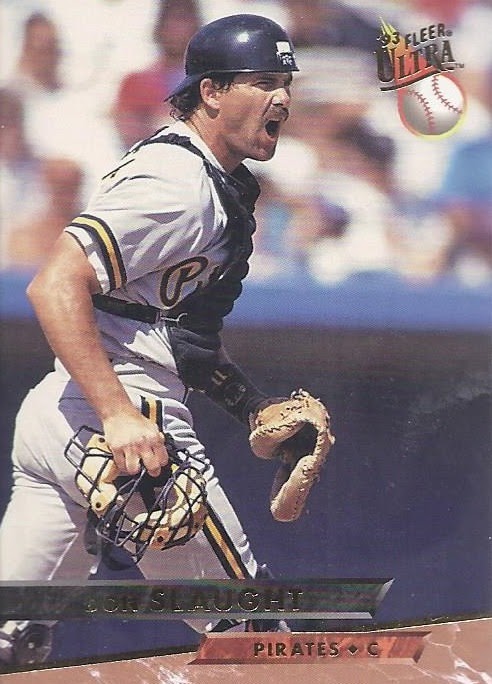 Don Slaught - Definitely an interesting photo to open things up. Whatever it is, there's something that Don isn't happy about.
Eric Fox 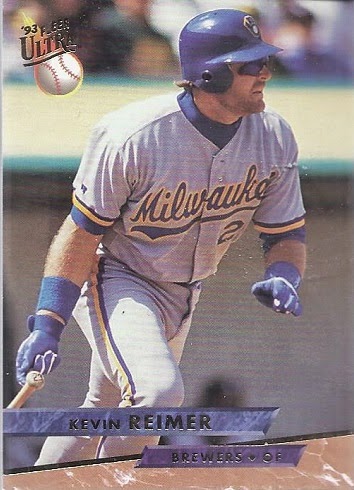 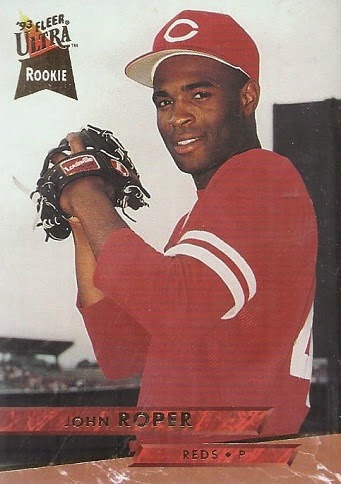 John Roper - Here's a look at a rookie card and how it is designated in the set. Simple, and unobtrusive. 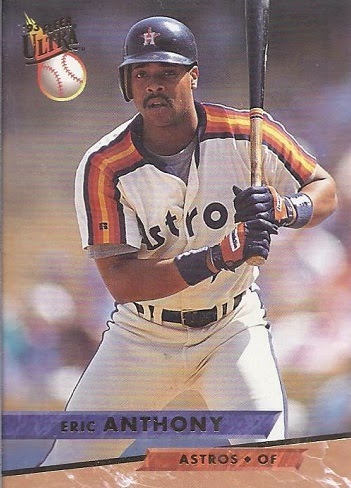 Eric Anthony - The photographer sure seems to be getting a death glare. 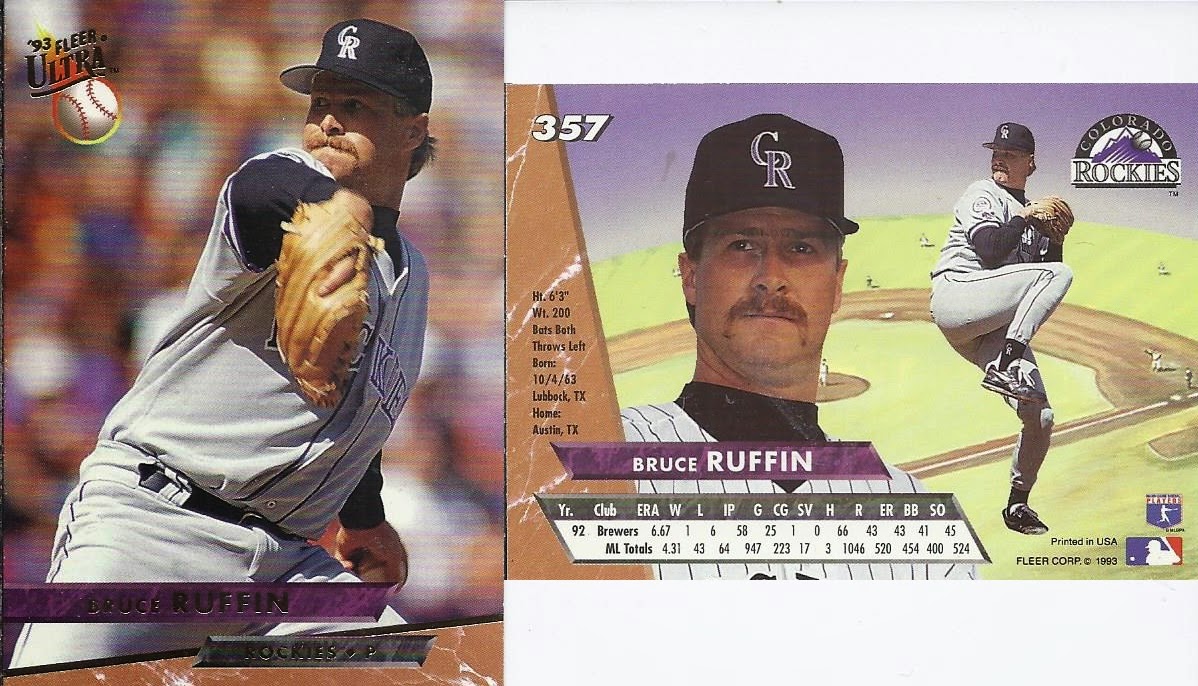 Bruce Ruffin - 1993 means that various Series 2s and their ilk were full of players from the Rockies and Marlins in their new uniforms. I might as well highlight the backs here as well. The shading above the field changes to match the team. 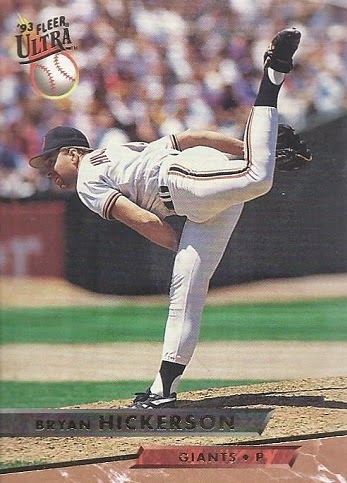 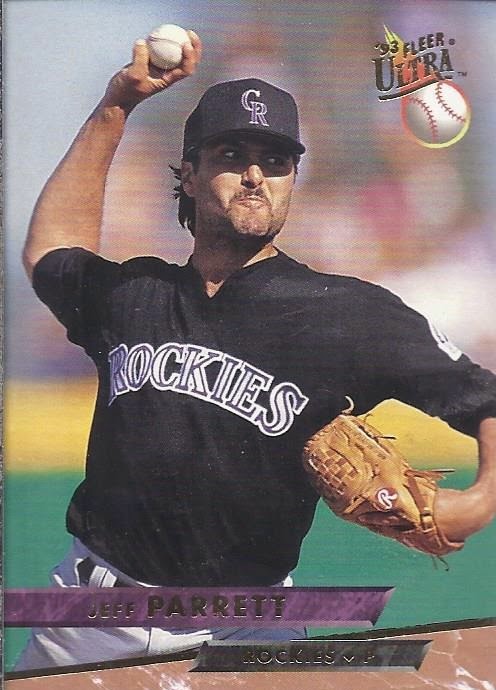 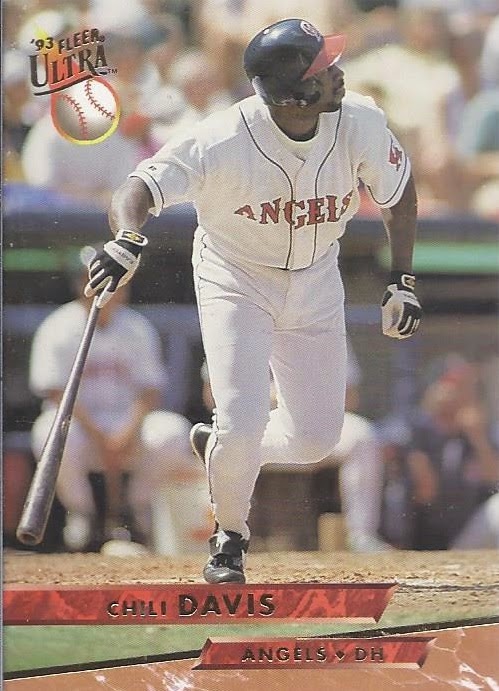 Chili Davis - Baseball really needs more people named Chili. And seriously, he's one player who I'd love to see show up with a certified auto in a set like Archives or Hometown Heroes.
Matt Walbeck
Scott Brosius 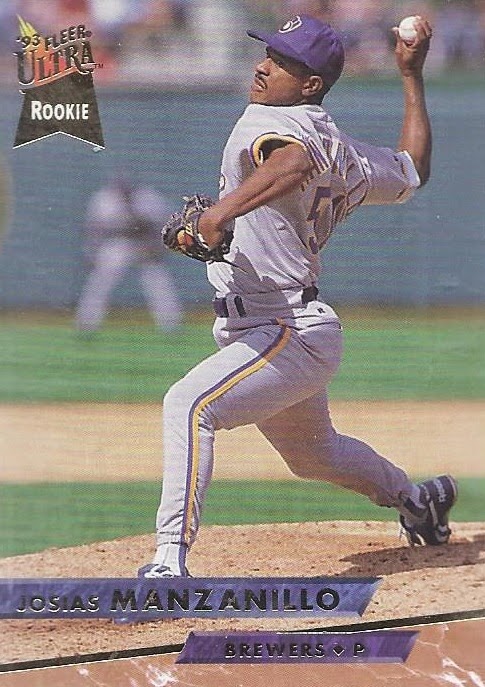 Josias Manzanillo - Now that was a fun name to say. 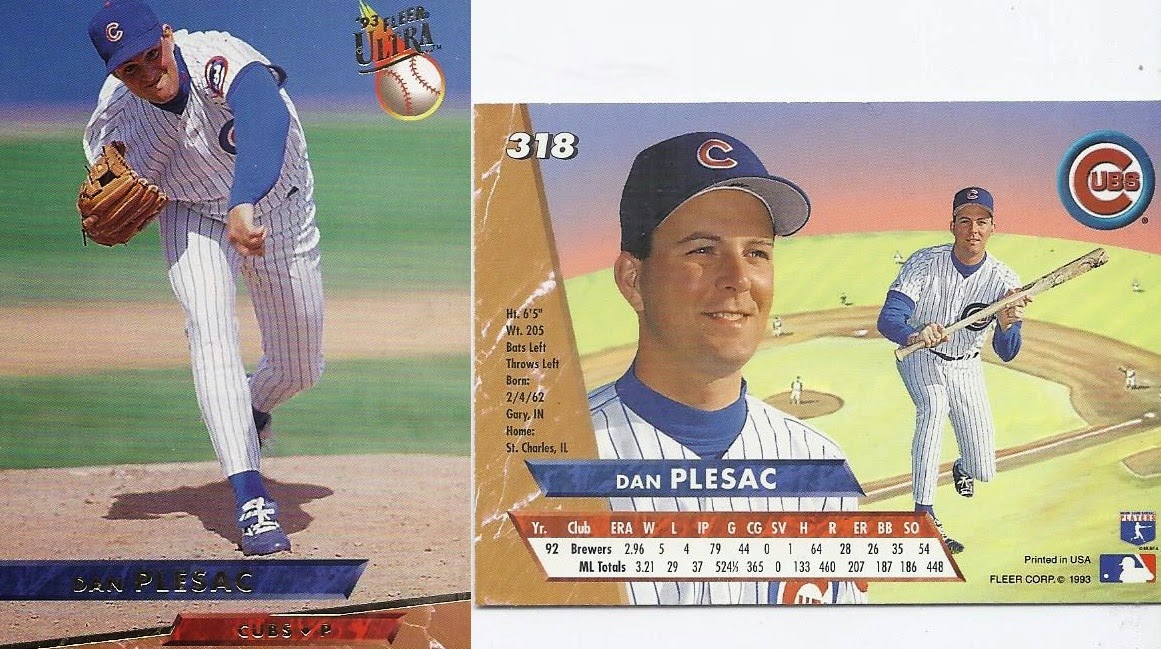 Dan Plesac - And there's a pitcher at the plate photo on the back. Or at least a pitcher with the bat photo.

And there's another busted pack in the books.
Posted by buckstorecards at 04:41