One of the items I saw at the Expo, but forgot to, was the 2010-11 Score Rookies & Traded set. They were going for $10, which isn't too bad for a complete set with an autograph inside. However, my memory was off, and I left before adding the item to my haul for the day. Oops. But, there was a repack out there to help me add the small boxed set to my collection. It included that, and four packs of cards. One was those guaranteed autograph packs, so it was a two auto repack. I finally picked one up yesterday.

The quality of autos can vary in these. I pulled a Zarley Zalapski one from a previous repack, which ruled, because it was a guy named Zarley Zalapski. But, you can also pull guys like Jari Kurri, Martin Brodeur, Chris Chelios all the way down to guys who I don't even remember, such as Daniel McGillis and Vladimir Tsyplakov.

In retrospect, I pulled an auto that was closer to the former group than the latter group. However, it was really depressing. 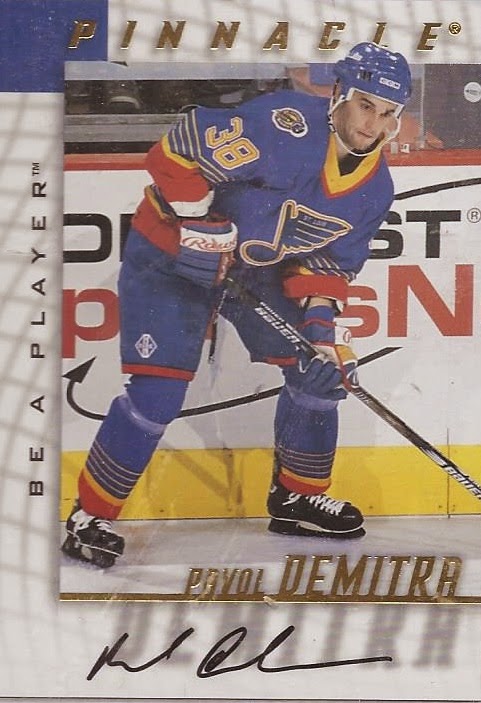 Pulling a hit from someone who has passed on is always a bummer. It is even more so when it is from who had relatively recent playing days. It will be an interesting addition to my collection, and probably one of the few items that I wouldn't consider selling - simply because it would come off as morbid.

Anyhow, here are a couple other interesting cards from the rest of the repack. 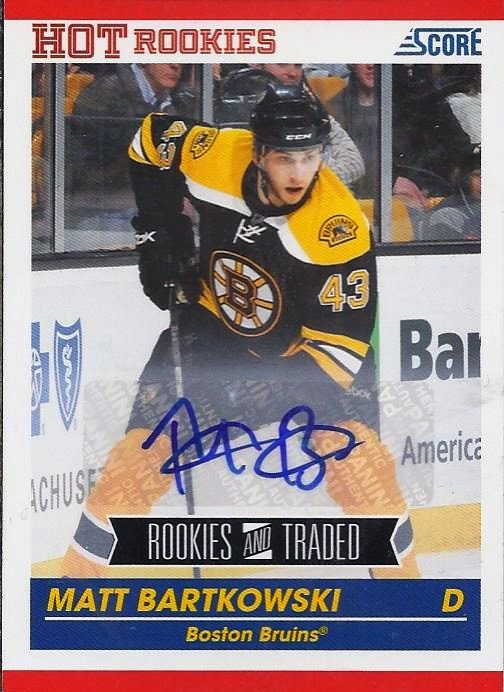 My autograph from the Score was this Matt Bartkowski. At least he's still playing in the NHL. 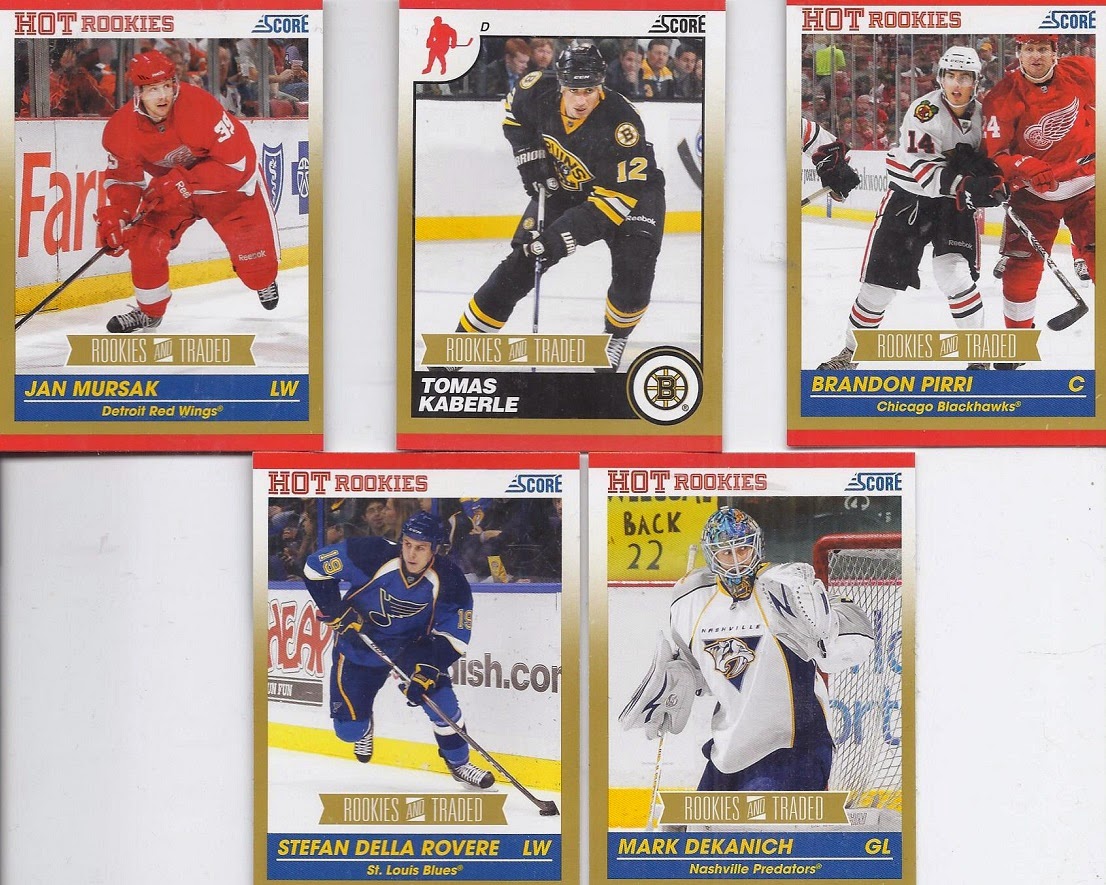 Unlike with the gold parallels, where Pirri was the only one who played the season on this side of the Atlantic. 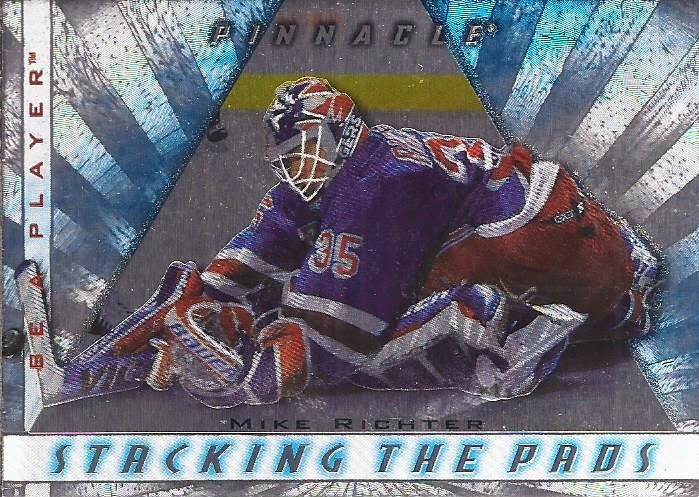 A nice shiny insert card from the BAP. 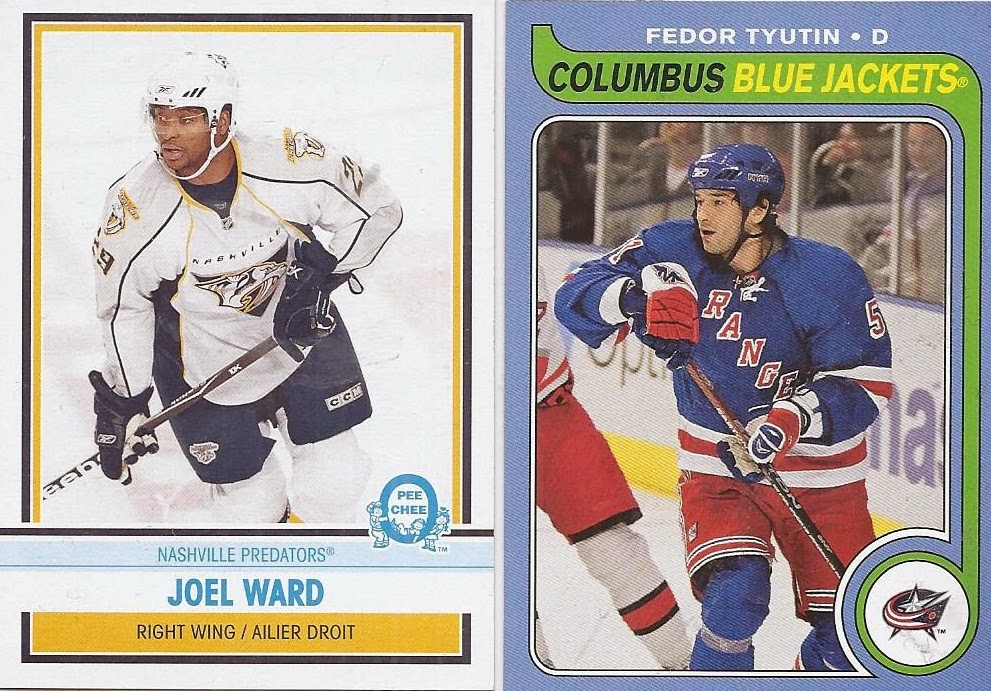 A pair of retro parallels. 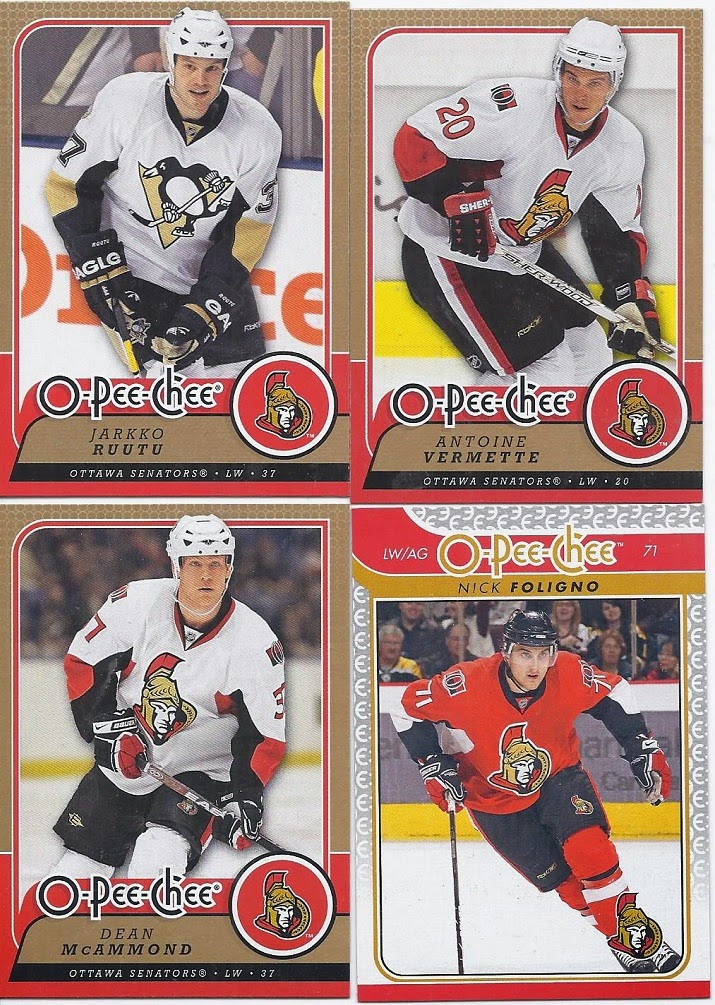 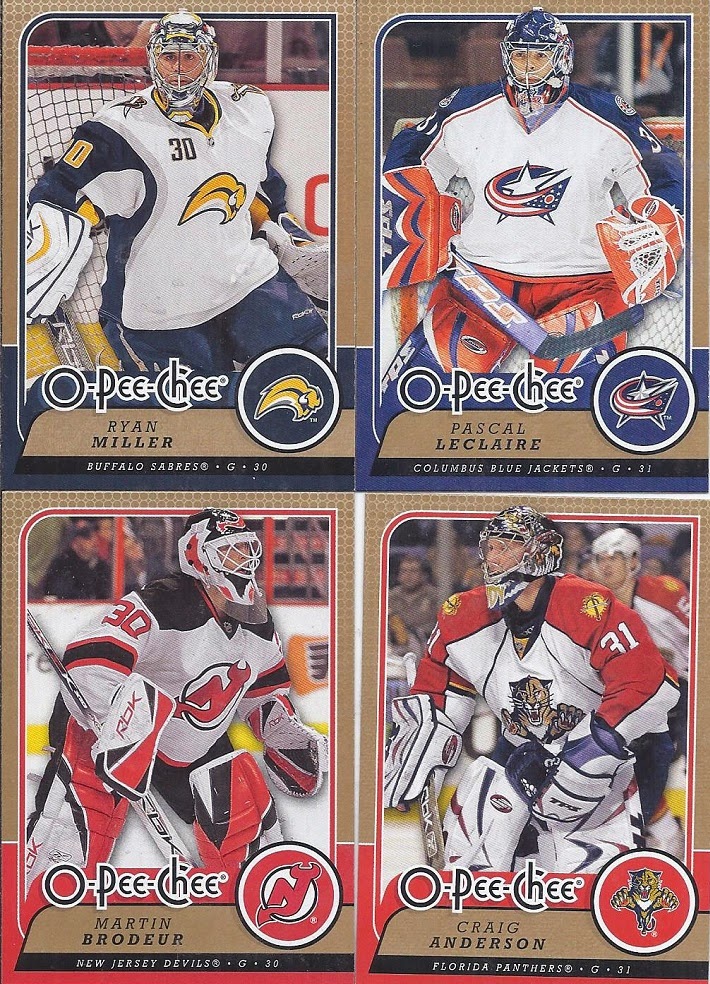 And some mask binder cards.
Posted by buckstorecards at 09:14