Nothing beats a trip through the Dollarama for something, and grabbing a Surprise Box on the way. This was the first one I've grabbed in a bit that contained two unopened packs in it. One of 08 Collector's Choice and the other being 92  Stadium Club. The others were a rookie pack (4 cards, with one rookie) and an 8 card pack of 90s cards.

I'll start with the Stadium Club. 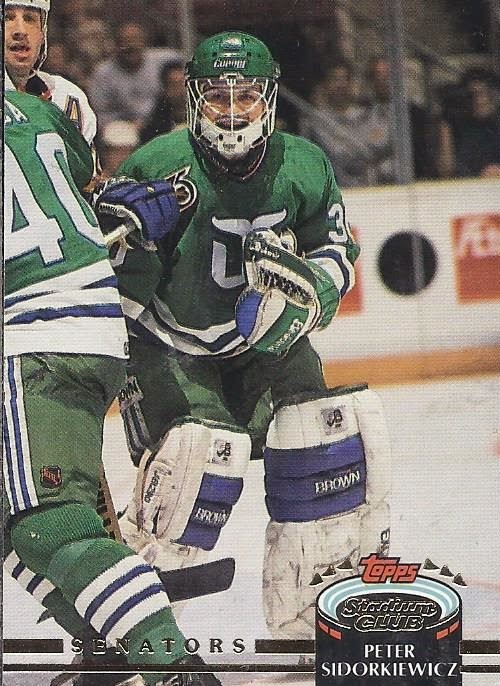 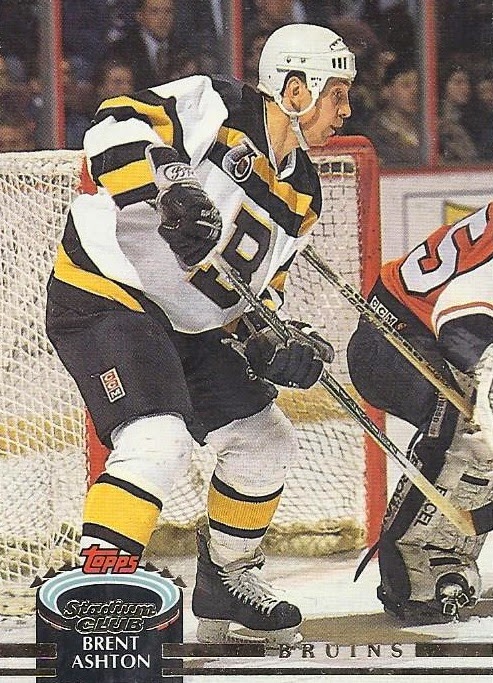 Brent Ashton - I loved the Bruins throwbacks from this season. 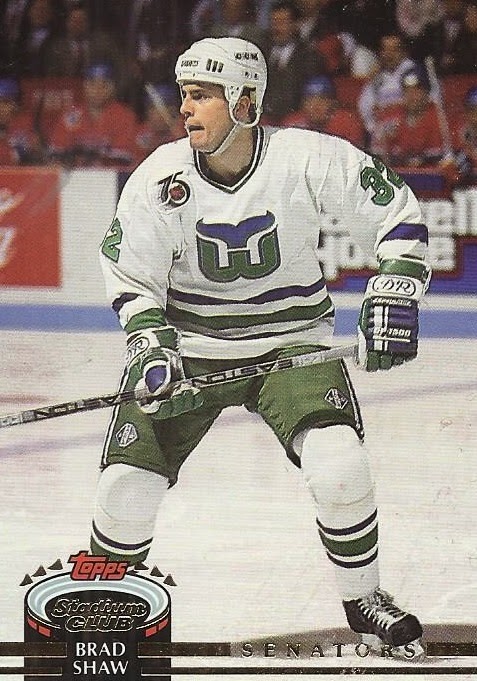 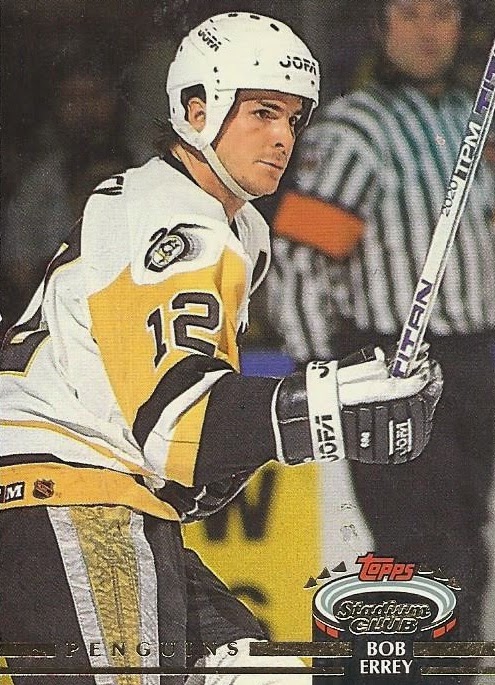 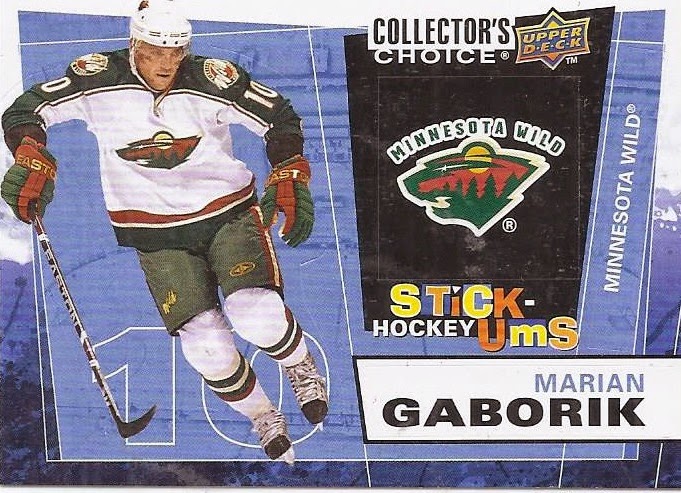 Marian Gaborik Stick-Ums - WOO-HOO! A new card for the 2-14 binder. Or a new sticker, depending on how you interpret it.
Ryan Getzlaf 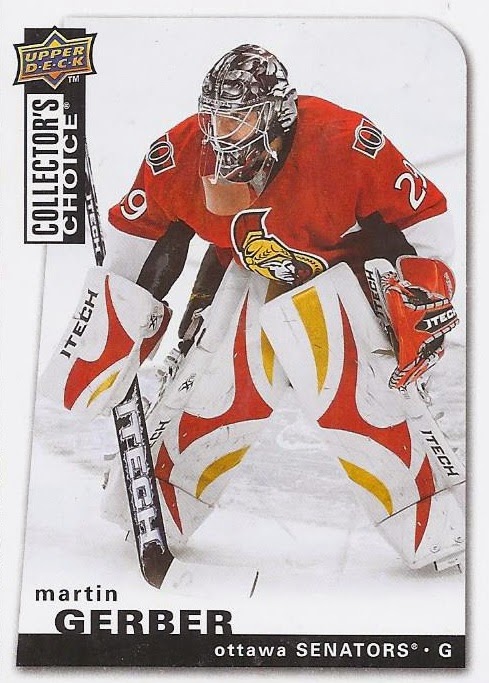 Martin Gerber - Darth Gerber! AWESOME! A pair of keepers here - nice from a rather dull set. 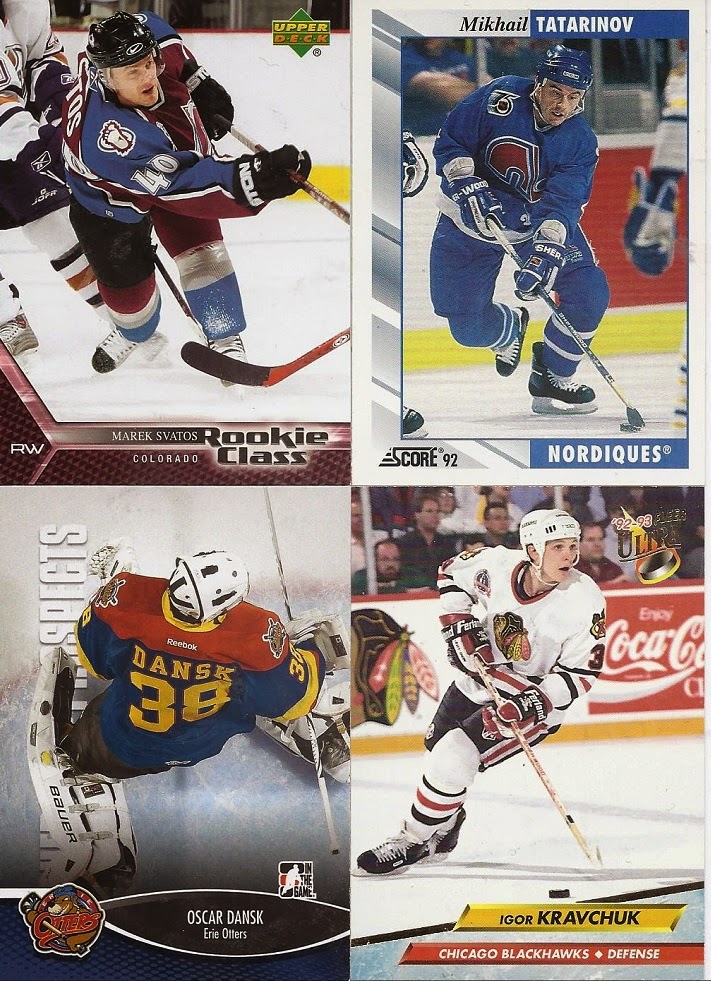 The Svatos isn't the best rookie, if that's the one it is supposed to be. It might be the Dansk, which is a really great photo. I really wouldn't expect that one from an ITG base card. 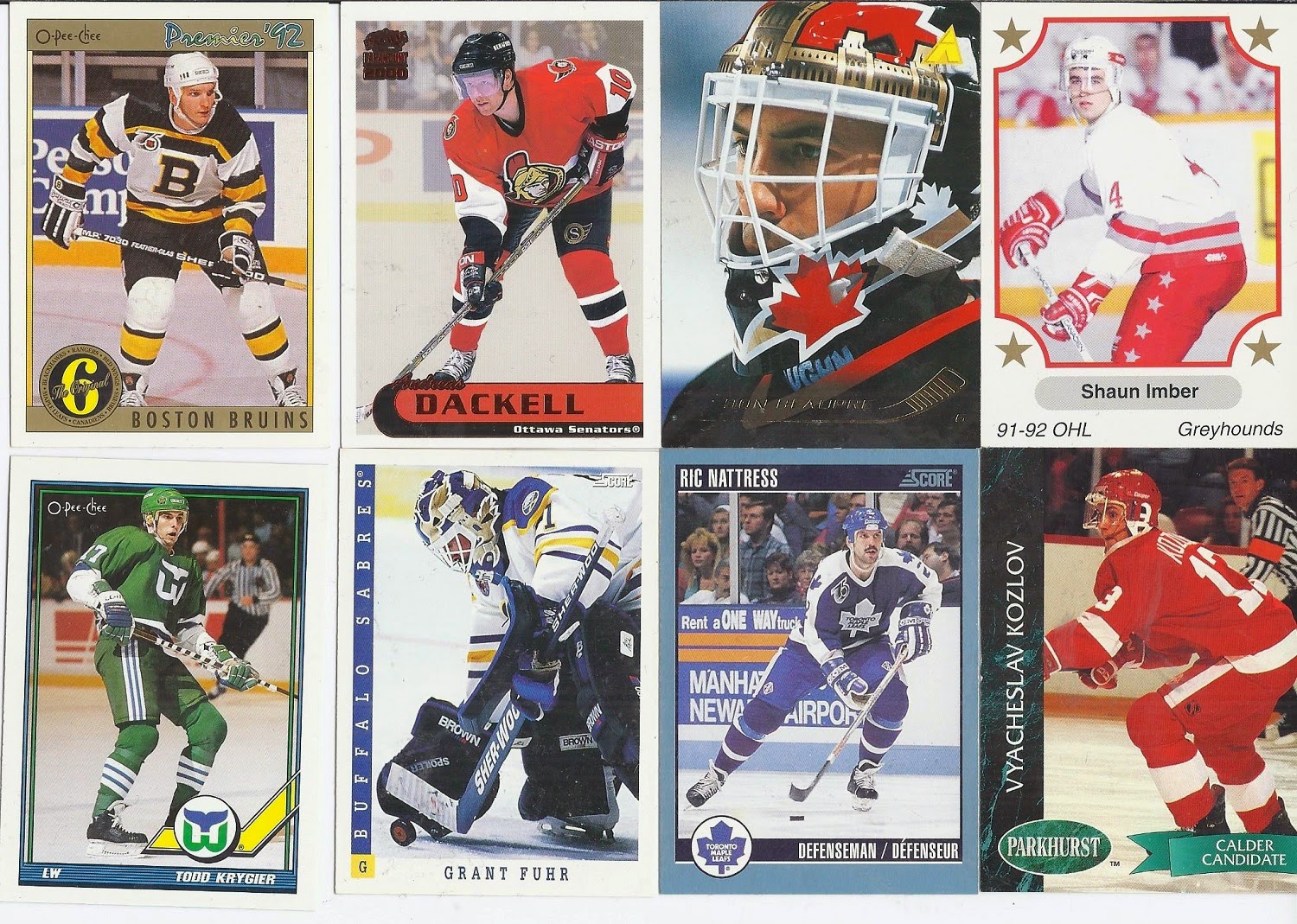 Hey! A pair of more obvious Senators cards here, including a pretty nice view of the great Beaupre mask. And an even better view of the NHL 75th Anniversary Bruins jersey.

$2 worth of fun from this repack? Definitely.
Posted by buckstorecards at 17:44