While going through the challenges, I came across the card from someone who I was surprised to see get a card from his NFL days: 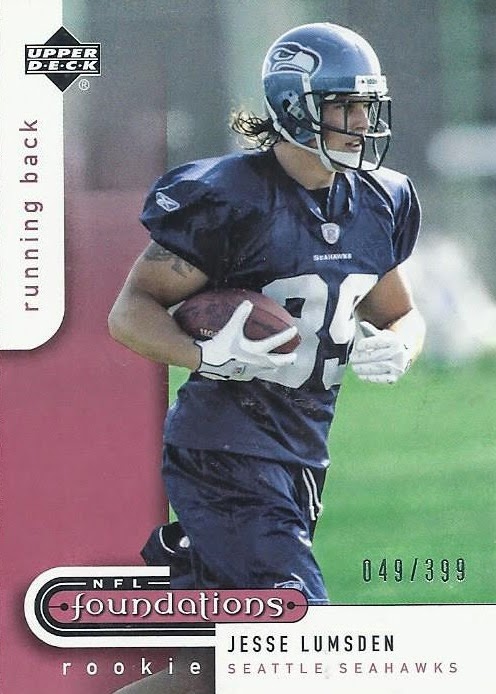 Jesse Lumsden never played a game in the NFL, but he did have a short run in the CFL when he wasn't hit with the injury bug. They eventually forced him to retire, and he now competes as a bobsledder. 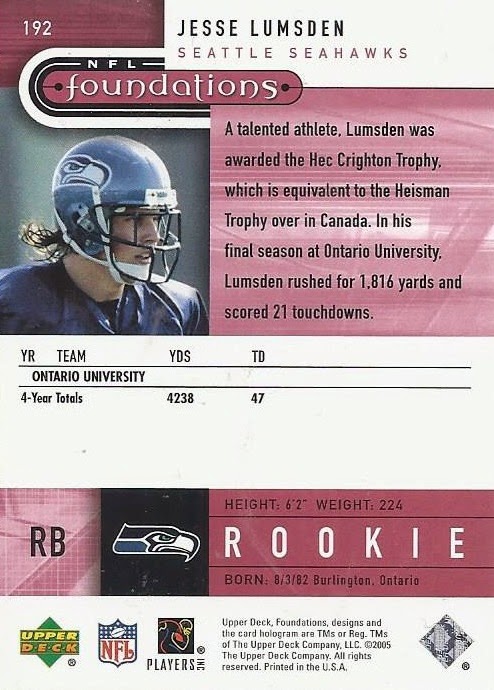 I guess I should compliment UD on getting the Hec Creighton thing correct, but that is overshadowed when they say he just attended "Ontario University". Unless somebody is running a diploma mill out of his basement in Bobcaygeon, there is no such institution.

Is it really that hard to use "McMaster"?
Posted by buckstorecards at 04:20