Another Too Many Manninghams Trade - The Non-Baseball goodies

This morning, the baseball goodies got posted. Tonight, the best of the rest. 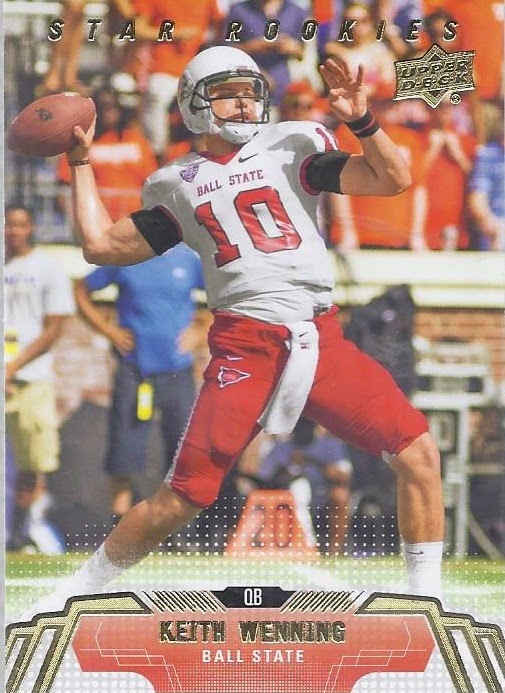 I'm always happy to welcome new faces into the 2/14 binder. While Clowney was becoming the third 2/14 birthday boy to be picked #1, 193 picks after that pick, Wenning was drafted by by Baltimore 194th overall in the 6th round of the draft. Since he was a QB, even if he doesn't play a down in '14, he still should get a bunch of cards in this year's sets. Or at least an inexpensive auto. Or at least cheaper than one of the guy drafted 193 spots earlier. 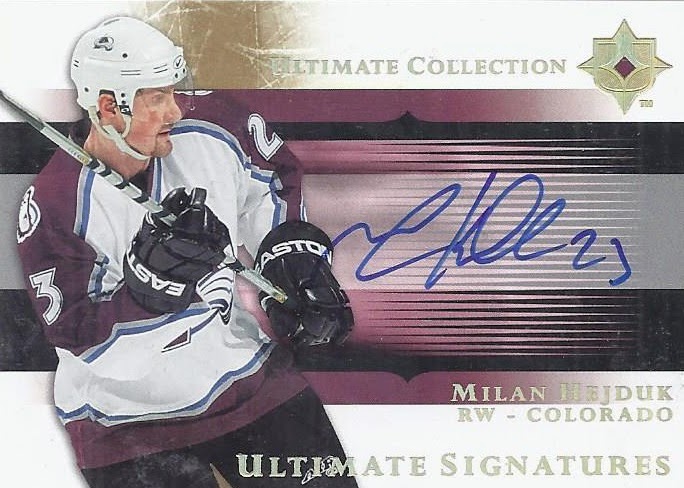 Milan Hejduk's retirement likely means that he will be surrendering his overall lead in the 2-14 binder shortly. To be honest, I've probably got enough unsorted Marian Gaboriks to have him take over the lead right now, assuming I get to sorting them within the next month. But, he is the first person in the binder to reach 60 total cards. 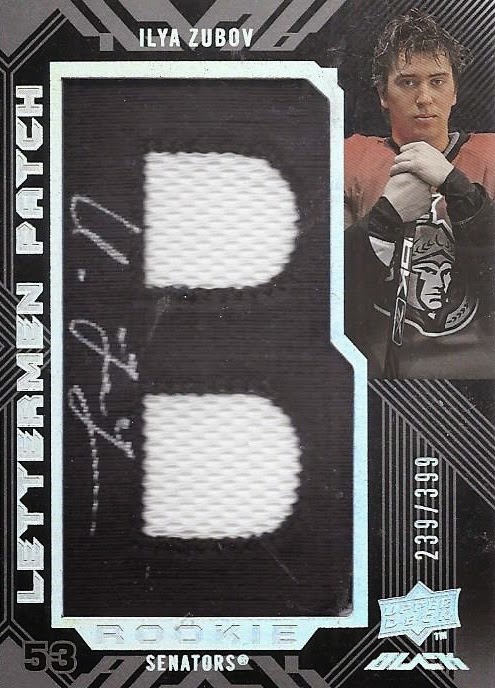 This is my 8th Ilya Zubov card in the 2/14 collection. He played 11 career NHL games. At least this signature is a little more legible than his usual scrawl. 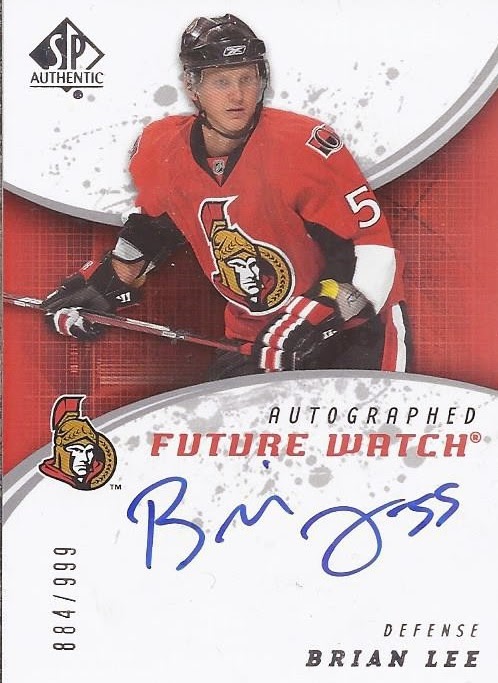 Leaving the 2/14 folder behind, but staying with the Sens, here's a new card for my Sens hit collection. And a new player, as Brian Lee makes his debut among the hits. 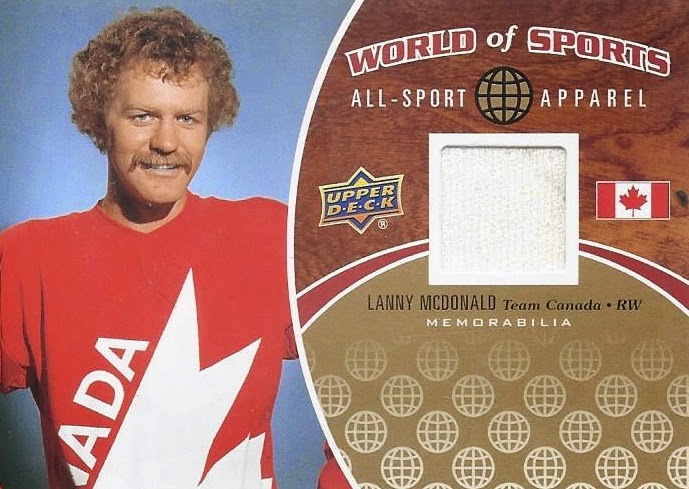 And to wrap things up, a nice patriotic appearance of Lanny McDonald. I'm not sure what this relic comes from, just that it was used in an official hockey game. Are old-timers games considered official?

So, that wraps up another trade. As usual, there is another package on its way to Dennis already, sent before this one even arrived.
Posted by buckstorecards at 17:43