1 box from the show busted and shown off, now for the other. This being the cards from what usually is this mask aficionado's favourite set of the year. 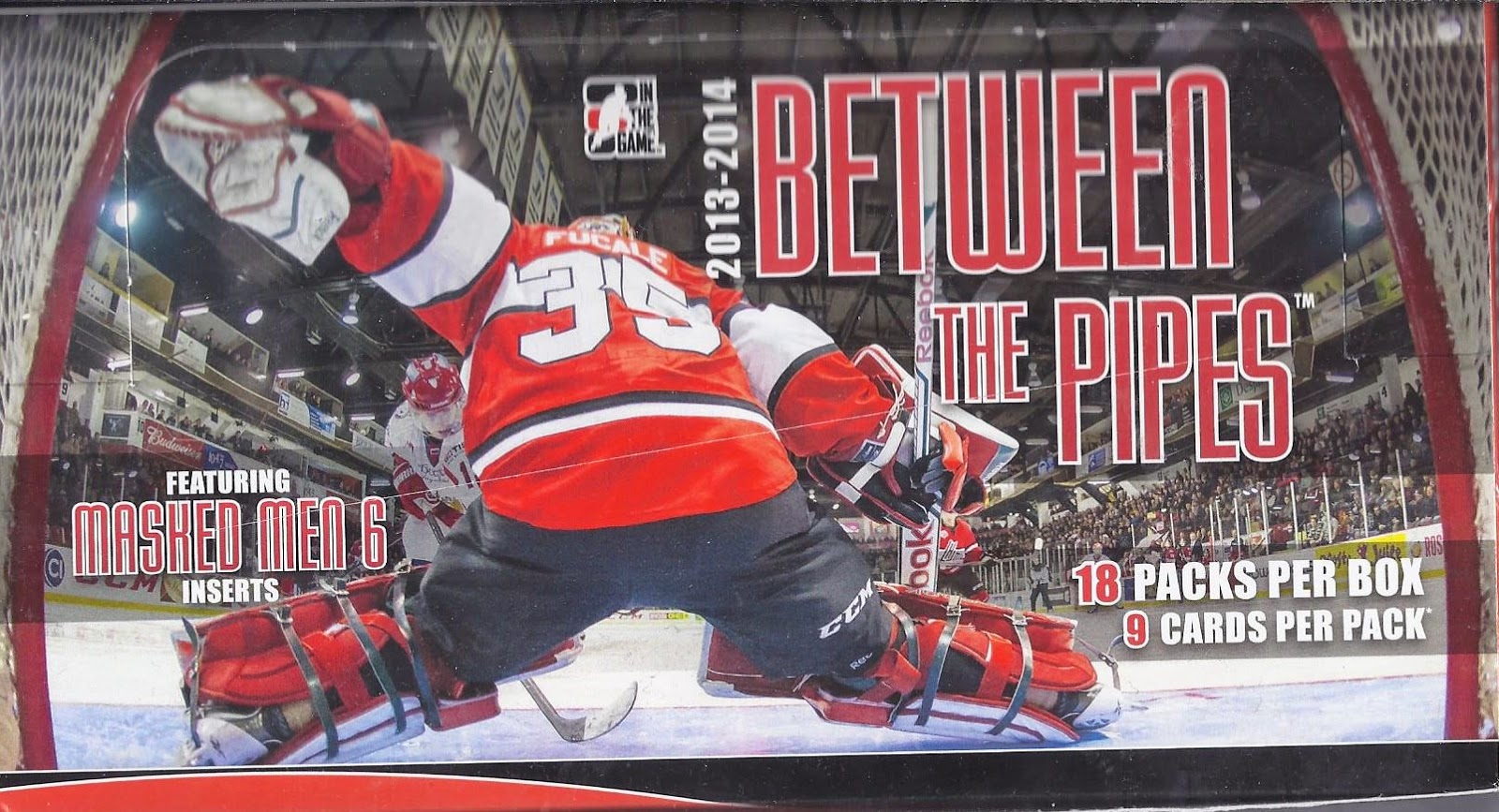 Here are the contents from the packs:

Since I covered the base with my 3-pack break post, I'll hit the inserts on this one. Starting with the Masked Men inserts.

Firstly, Tristan Jarry's mask is spectacular. My only complaint is that focus of this card is on Tom as opposed to Jerry. He was drafted in the second round by the Penguins last year, and is currently playing with Edmonton Oil Kings in the WHL. Austin Lotz was not drafted in 2013. I had never heard of Steve Baker prior to pulling his card. Googling his name didn't bring any hockey results up until the second page. He did play in 50ish NHL games, and his mask is neat. It looks like a giant middle finger. Perfect for a New York stereotype.

Here are the immortals inserts, an interesting insert set with a focus on players who have passed away. While my cards came from the early days of the NHL, there are more recent players in this subset, such as Pelle Lindbergh and Wayne Rutledge. My fave of this bunch is the Al Rollins, who picked up the Hart Trophy in 1953 despite a 12-47 record.

I did quite well with the relics, pulling a pair of patches. These aren't numbered on-card, but you can reference what these are limited to on ITG's site. The Dubeau jersey is the most common, limited to 180. The jersey is actually from a Shawinigan Cataractes uniform, based on the back of the card, as opposed to Moncton Wildcats who he has played for over the past couple seasons. The Matt Murray is a patch, and a nice one from the Greyhounds uniform. These are limited to 19. He's a prospect in the Penguins system. The Daniel Altshuller is a really nice, thick patch from a Generals uniform, and is limited to only 9 copies. He's a prospect with the Hurricanes. 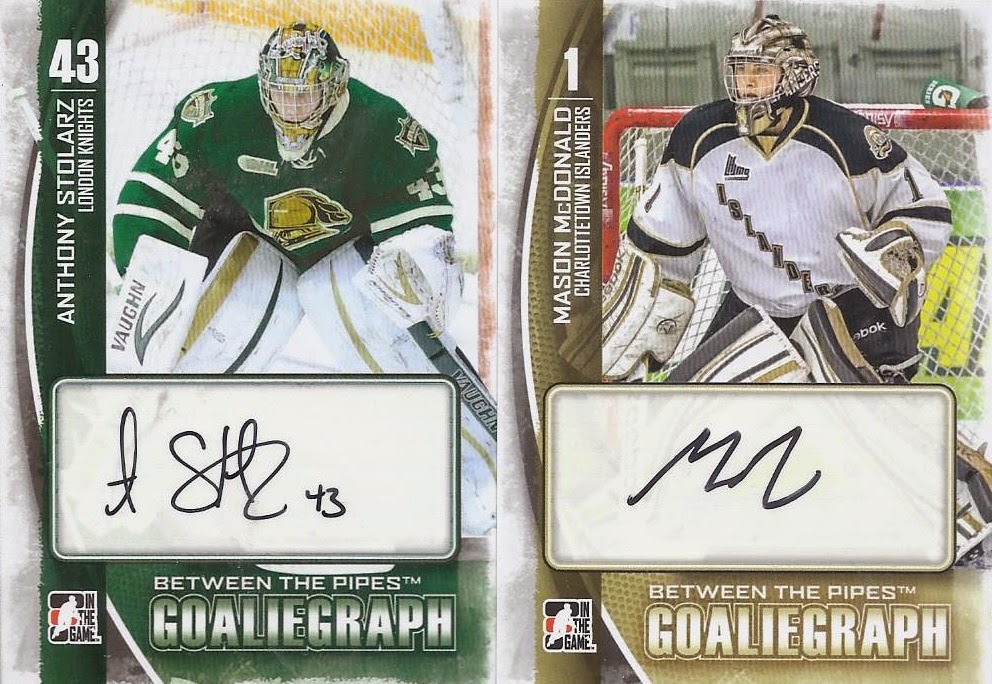 As for the autographs, here they are. Mason McDonald is the 2nd ranked goaltending prospect by Central Scouting. His auto blows. Nice effort, dude. Anthony Stolarz completes my collection of 2013-14 London Knights Goaliegraphs autos, as I pulled the Jake Patterson from my packs. Not exactly a rainbow I'd want, given my junior hockey loyalties. 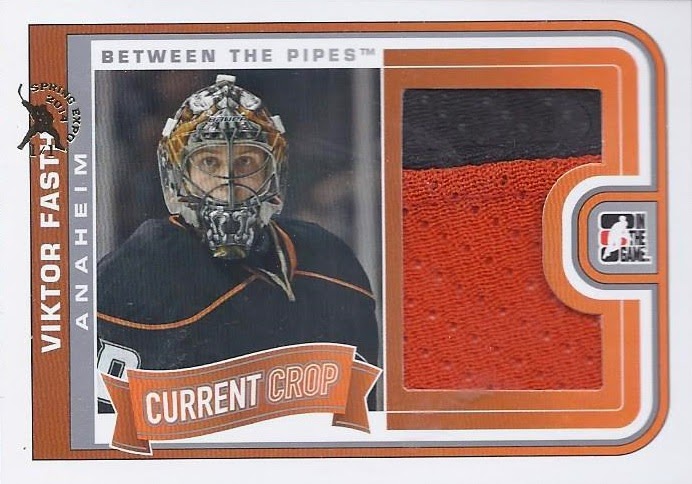 Well, at least I've got a 1/1 now in my mask binder. But, if any Ducks or Viktor Fasth fanatic has a similar-looking 1/1 in their collection that falls into my collecting wavelength, I'm more than willing to hear an offer.

Some sweet patches made this a really good box break. It was nice that the base set was small enough for me to be able to finish the set from singles on the floor.
Posted by buckstorecards at 08:02