When I picked up my Michel Goulet Nordiques swatch off ebay, I kinda thought about getting swatches from some of the other teams that relocated in the 90s. With a nice sum in my account, it was time to get 3 more. 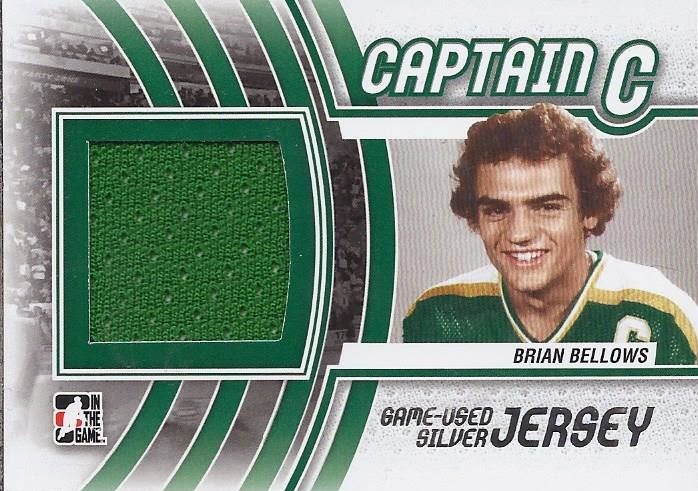 First up, the North Stars. I'm tempted to add this green Bellows swatch to my Kitchener Rangers alumni collection, but it will accompany the Goulet, and the others on the defunct teams page of the binder. As with all the cards I've picked up for this brief project, there is not a white swatch in the bunch. I could have grabbed a Craig Hartsburg Minnesota card as well, but I liked one that could also fir into a second PC. 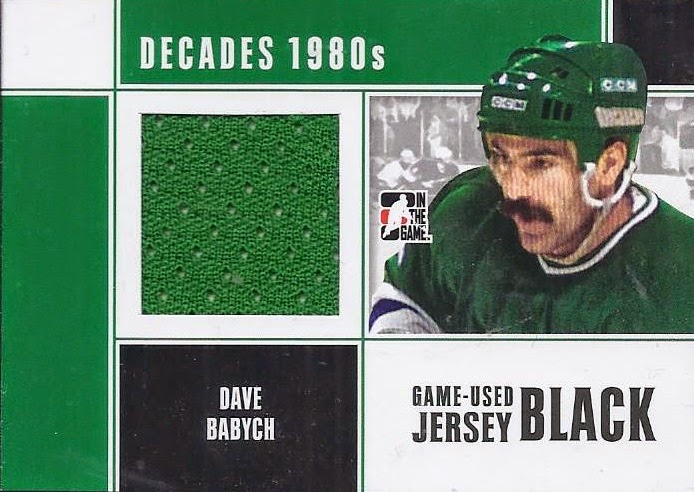 An overabundance of green never looked better on a card. Especially when this one was cheaper than the card with the white swatch. I could have gone for a Ron Francis card, but I liked the obscurity factor with this one. 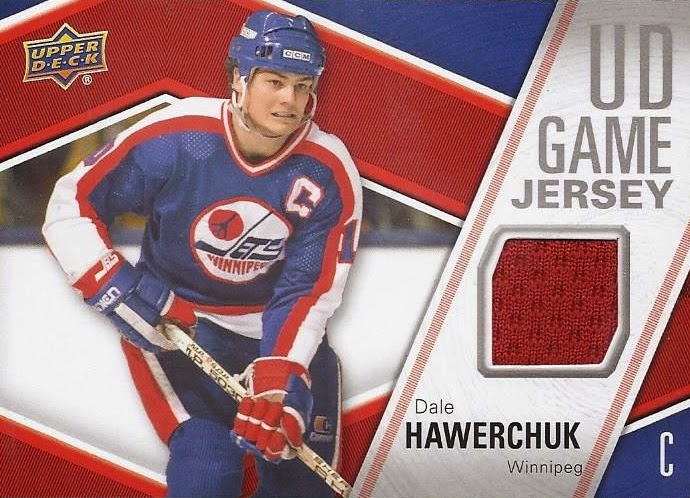 Although red is a part of the Jets classic design, it is kind of strange to see it as opposed to the more prevalent blue on the swatch. But, the red was cheaper than the blue, and I'll always opt for the cheaper option.
Posted by buckstorecards at 18:18