Another Too Many Manninghams Trade - The Baseball goodies

Another package of Wolverines went stateside, this was part of the return package. It seemed mathematically simple to split it into cards for the baseball collection, and everything else. So I did. 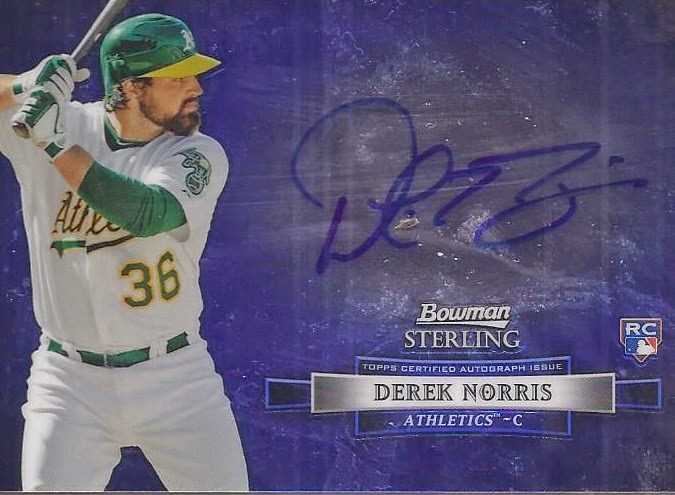 Opening up with a hit, and my second auto of Derek Norris. I thought for a second that this was a dupe for me, but my other Bowman auto of Norris was on a Platinum card. It is a nice on-card auto for someone that's having a very good year so far in Oakland, and is sitting third in the all-star voting. He's easily the best active baseballer in the 2/14 collection. 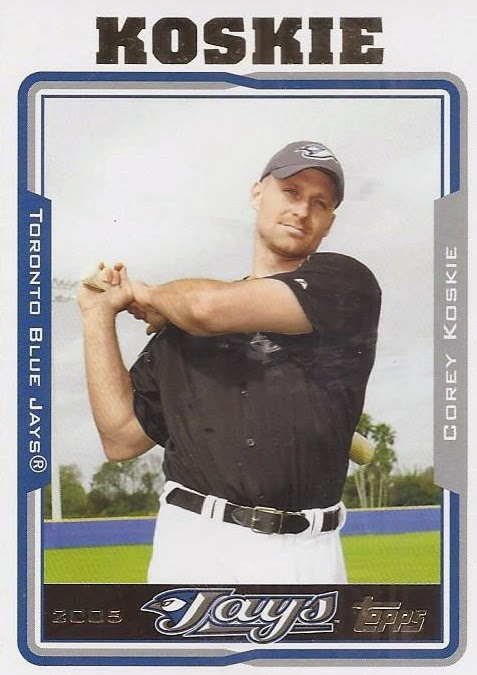 Here's a card that can make its way into two separate collections - Canadians or the Blue Jays. I know my Koskie stuff in the latter is pretty sparse, so that's likely where it will be heading. 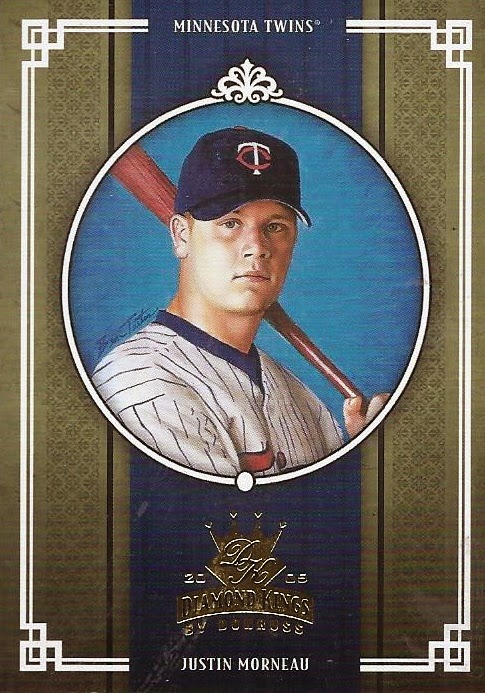 But this one is pure CanCon. And it a painted card as well! WOO-HOO! 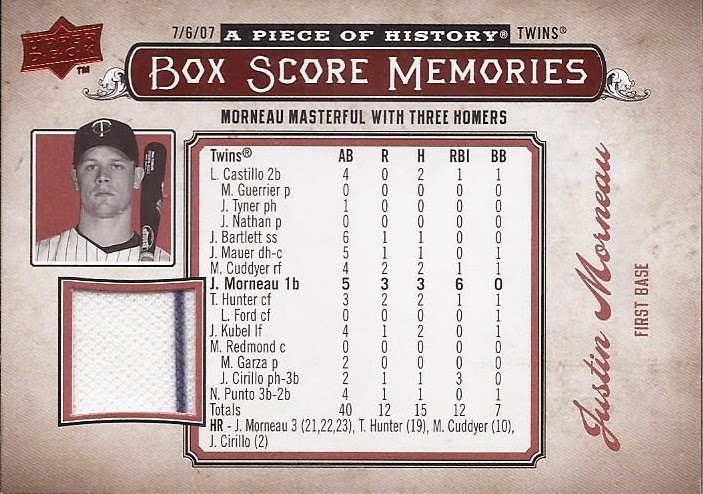 Even nicer is this relic of Morneau. It does two things. It salutes a big game for Morneau, and includes a nice pinstriped relic. I wish it would have included a little more about the game on the card other than just the relevant stats. The game was a 12-0 victory over the White Sox at Chicago and it was actually the second part of a doubleheader. As always, thank you baseball-reference.com! 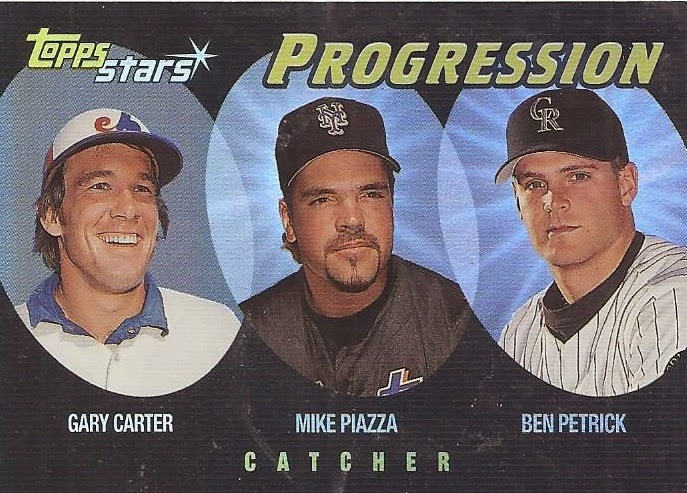 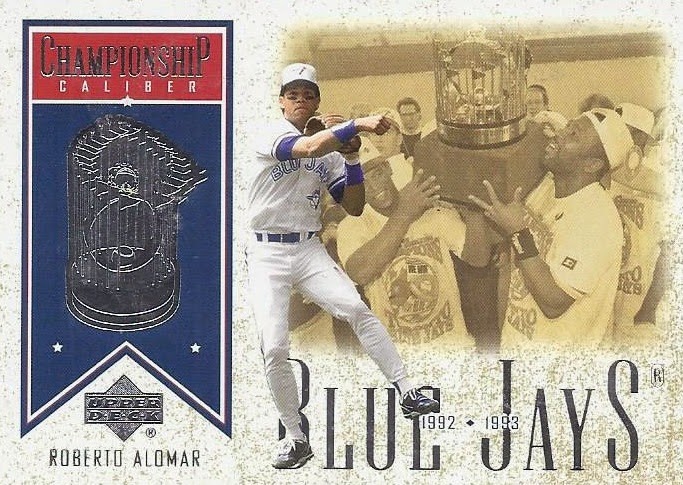 This is another one of those cards that I'm glad to add simply because it is so easy for cards that celebrate your team's championship to get lost in the shuffle. I'm thinking the photo is from the 1992 win, but I really don't remember my championship T-shirts too well. 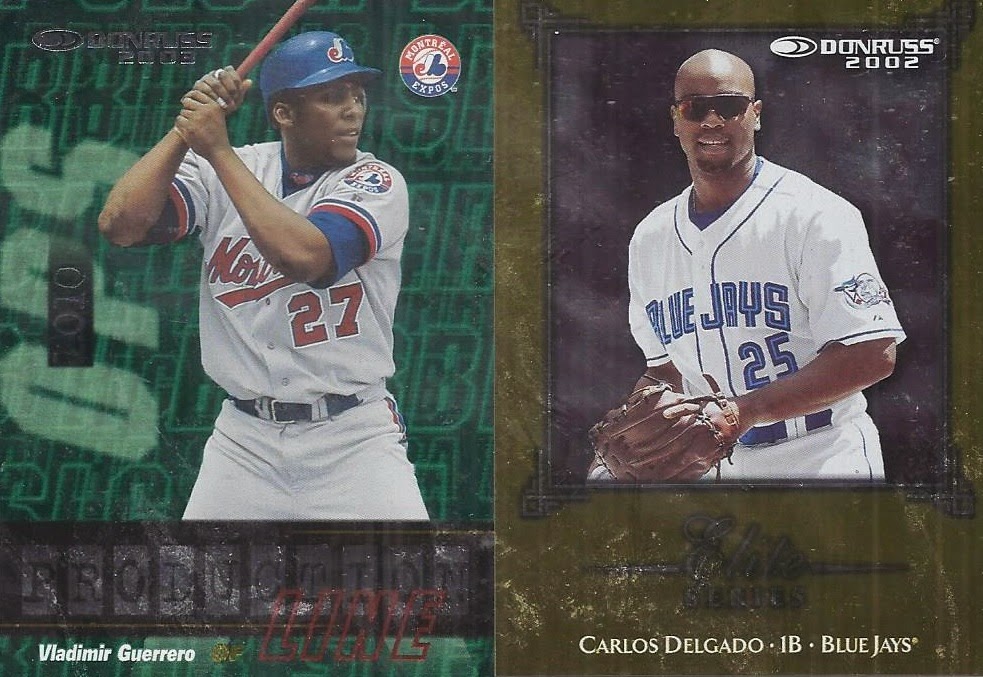 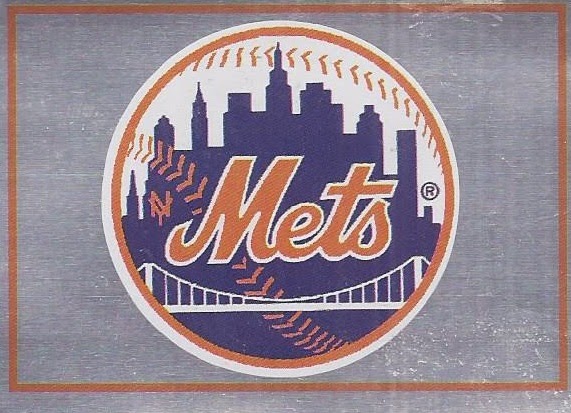 And wrapping it up with a shiny Mets sticker. Since shiny stickers rule!
Posted by buckstorecards at 07:30