I didn't really count, but I think I picked up more almost as many hits intended for other people than I intended to keep for myself. Maybe not, but it was close. I have a whopping dozen hits for me that I purchased individually, and I'll have to wait as other people open up the packages I sent their way. I know at least 10 are out there on their way to other bloggers.

But, what did I keep for me in terms of relics? Here's your answer: 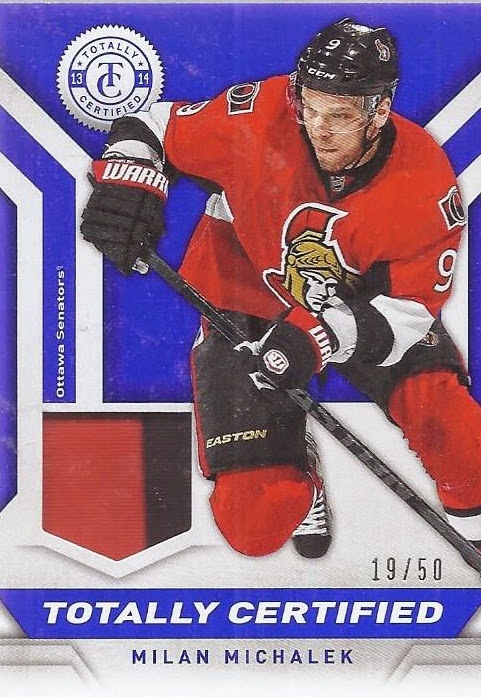 The most expensive relic was one that I think set me back a whopping $3.00. One of my goals was to get a first relic for someone on the Sens. I was hoping to find a Karlsson at a reasonable price, with no luck there. However, I was more than happy with a two colour Milan Michalek swatch to give him his debut in the hit portion of my collection. And it is a Sens swatch, unlike the obvious Avs sweaters still making their appearance on Craig Anderson relic cards. 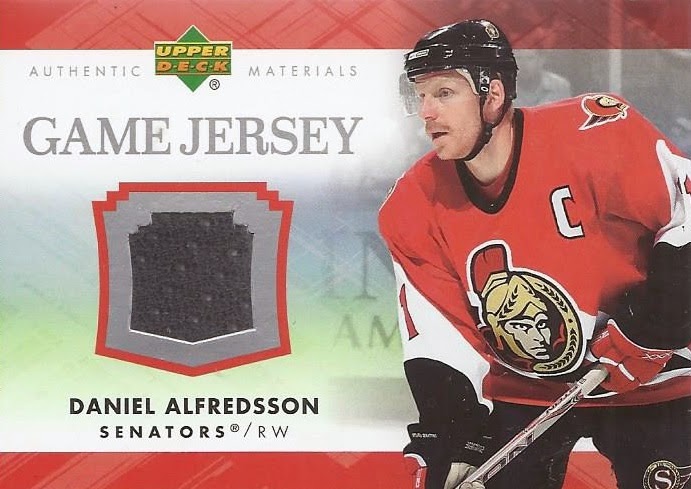 And two bucks to add yet another Alfie relic to my collection sounds OK to me. 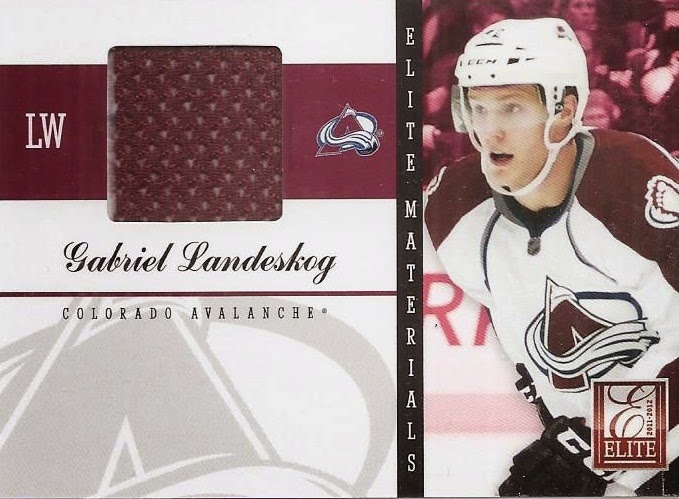 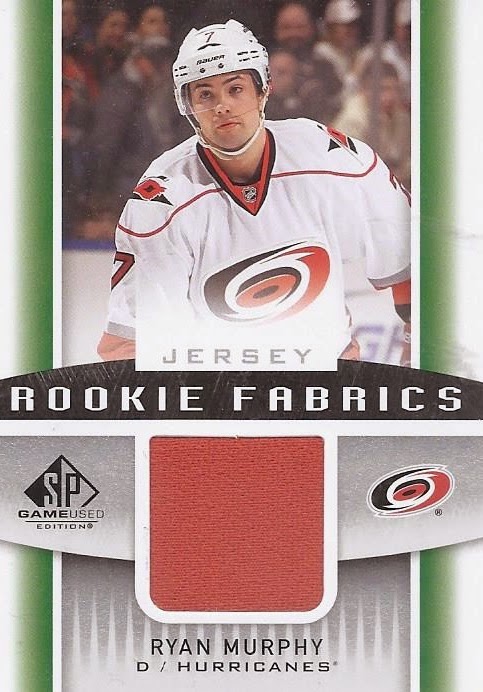 Let's keep going with a pair of new relics for my Kitchener Rangers alumni collection. While I had a Ryan Murphy as part of a Team 8s card from Score, this is my first solo hit for both these players. Ryan Murphy spent some time bouncing between the AHL and the parent club this season, but will hopefully continue the trend of fine Rangers defense alumni in the NHL. Landeskog just wrapped up another fine season with the Avs as well as some time with Team Sweden's silver medal winning Olympic hockey team.

That was one of two Landeskogs I got, with the other being sent to someone who collects Gabriels. 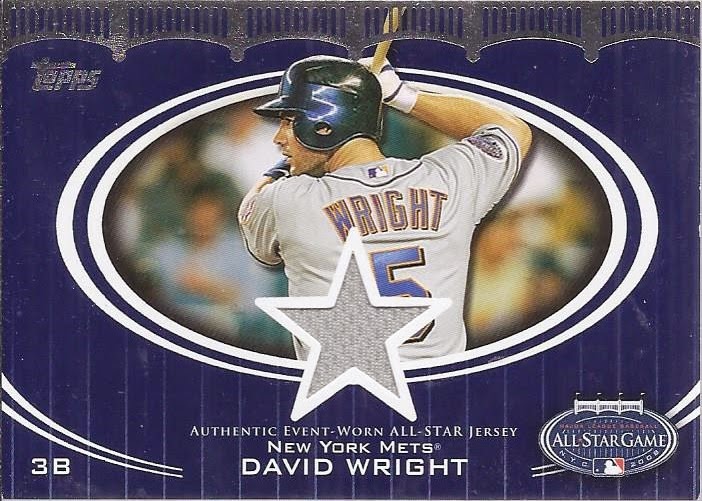 Much like with Alfredsson, David Wright is another player I can never really get too many hits of. 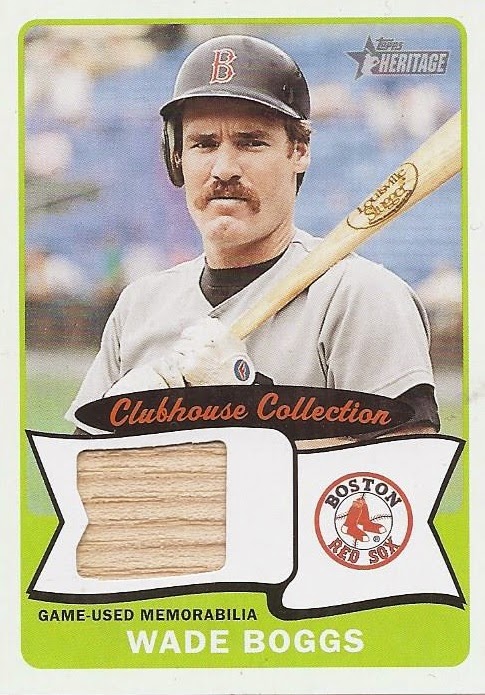 While I'm not a big fan of Wade Boggs, I really can't pass on an inexpensive hit of a Hall of Famer. Interestingly, he's got both a bat and a jersey hit in this subset. I think I prefer the contrast on this one to the one with a plain white swatch. 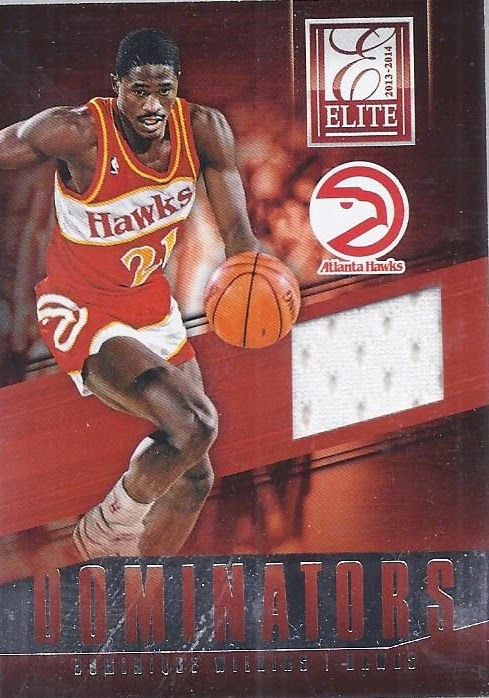 And here's the second HOF relic I picked up. While I usually prefer coloured swatches to plain white ones, there might have been too much red for that to make an attractive card. This one though, works nicely with the card design. Plus, The Human Highlight Reel is one of the best nicknames in sports history.

Tomorrow,  the 5 autos that I got for keeping.
Posted by buckstorecards at 17:35