In terms of volume, my second envelope from the COMC was filled with cards of Daniel Alfredsson. I won't post all of them, but here are a few highlights. These cards were all in the 50 cent range. 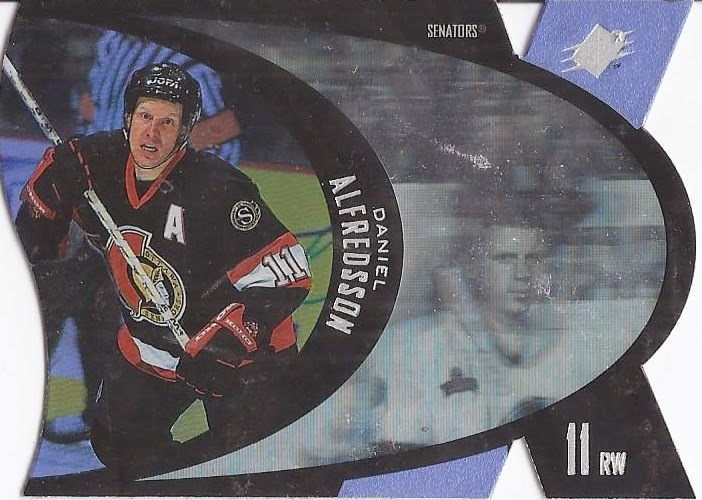 WOO-HOO! A holo-Alfie! And a crazy variety of a die-cut as well. There are three different images of Alfredsson on the front of the card (there's a third behind the head shot on the hologram). But, despite all the gimmicks, this colour scheme makes it far more understated than you'd think for a holo-card. 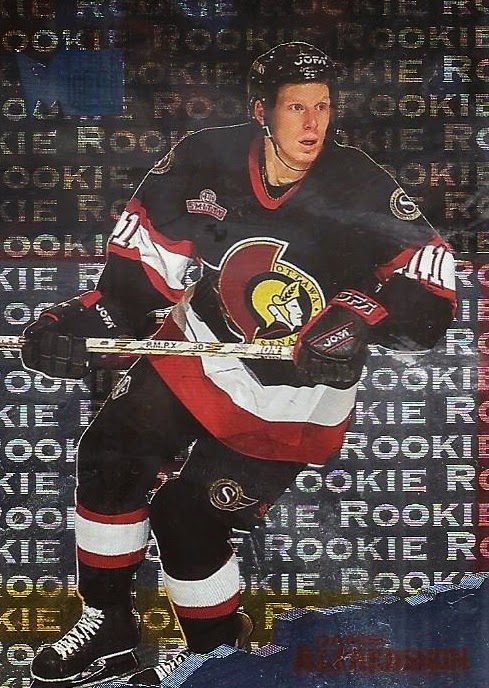 This is another one that seems far louder in the scan, as the background doesn't really pop like it does when it is scanned. 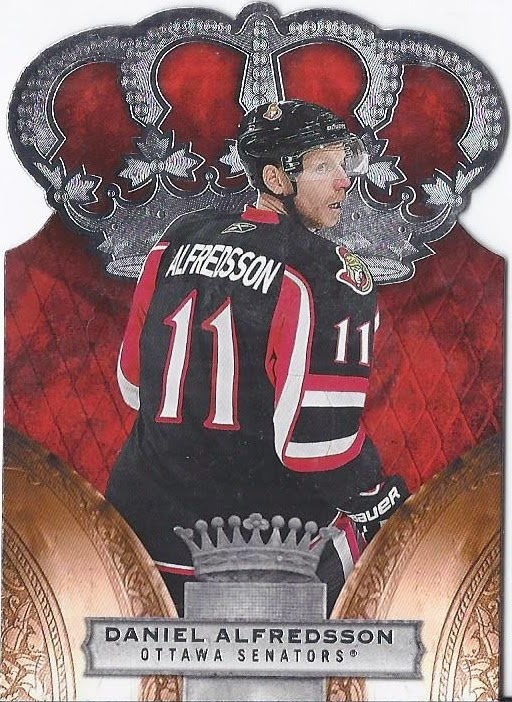 The photos in this group were pretty generic - just bland skating shots. So, for my pick for favourite photo is this interesting back shot of Alfredsson. It is certainly different, if nothing else.

The best thing about this is that now, all the cards from my two COMC envelopes now fit perfectly in the box, thus making things easier to store as they move from box to binder.
Posted by buckstorecards at 09:11