I have no willpower. The last time I picked up one of the Fairfield 100 card hangers, I was greeted by such an onslaught of 1990 Bowmans and 1990 Scores that I vowed never to try one of those again.

I'm an idiot. Of course, I had to try one of those again.

I did better this time, but that opinion is clouded by the 1 in 3 repacks hit I pulled. While the promise is that 1 in 3 contain a memorabilia card, I actually ended up with an auto: Can you tell this is an auto? Or even who the player is? This is actually far more legible in person than on the scan. It features Andrei Zyuzin, a former #2 overall pick of the San Jose Sharks. He really didn't blossom into the future legend this card claims, but he did have a respectable career of just under 500 regular season games.

As for the previous Bowman and Score onslaught, I got piles of them. More than half this repack were cards from either 1990 Bowman or 1990 Score. Including these two: 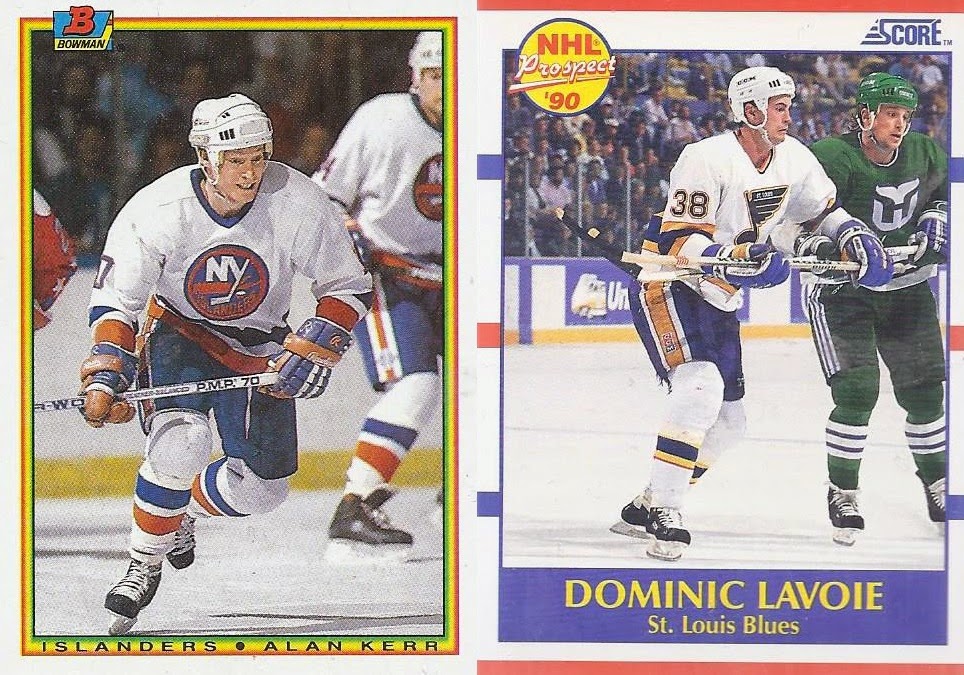 Which I didn't just get dupes of. Not even triples of. I got quintuplicate of both these cards. I don't even think their immediate families want pulls like that. 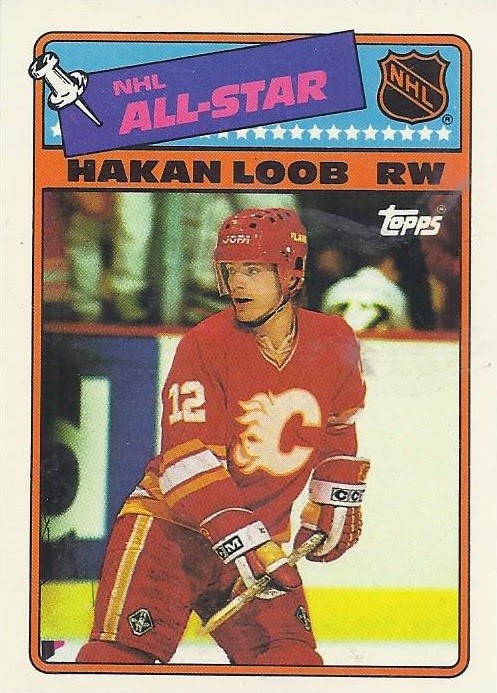 One of my favourite names in hockey history with this Hakan Loob. The Loob is not even a card, but is actually a sticker. 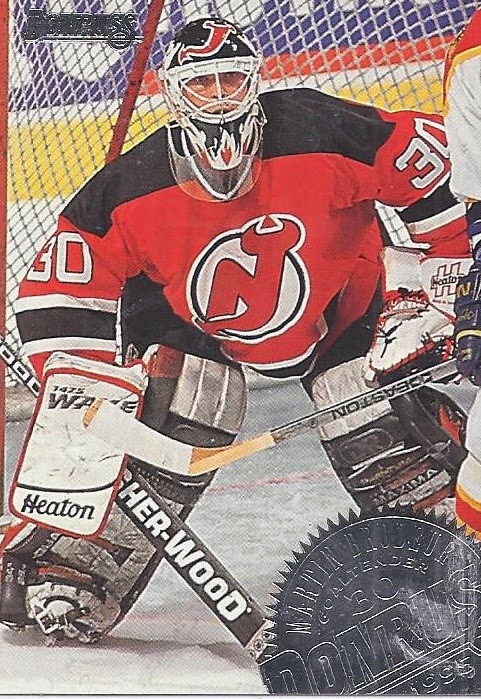 A nice Martin Brodeur from one of my least favourite designs in card history. The only place the name of the player is visible is on the silver foil, and you can't read it unless you're at the right angle. While that isn't too bad for an immediately recognizable player like Brodeur. 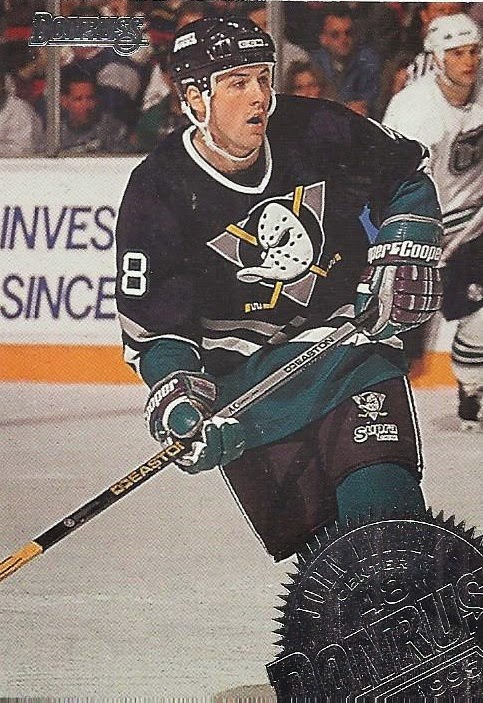 It is a problem when you pull a card of John Lilley. 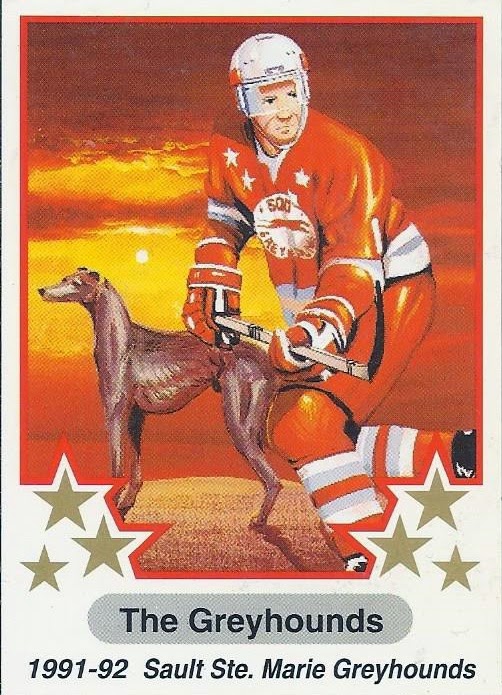 I can add this to my small collection of cards with dogs.

So. Out of 100 cards, I didn't even break double digits in terms of keepers. I'd say this is the last time I bust one of these, but I know better.
Posted by buckstorecards at 09:31