I actually behaved myself this morning when I went through Wal-Mart. Instead of listening to the siren's song of the blasters in the card aisle, I limited myself to one hanging value park of Prizm hockey. 3 packs with 4 cards each, and a WM exclusive with 3 Blue Pulsar Parallels.

And here are the Pulsars. It pains Sens loving me to admit this, but the Blue Pulsar works really nice with the colours on the Reimer. As usual, the scanner makes them look a little more garish than they are in hand. 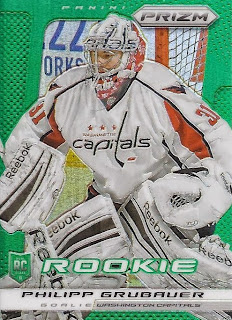 One of the cards in the pack was a green parallel. I guess pulling one for a rookie is better than a random base card. Barring an injury or trade, he'll probably spend the season in the AHL. 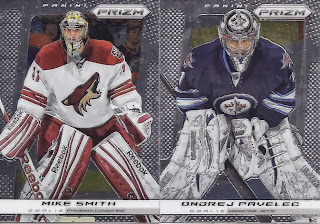 These were the only two mask binder cards among the base. I've expressed my love for Smith's Wile E. Coyote mask before. 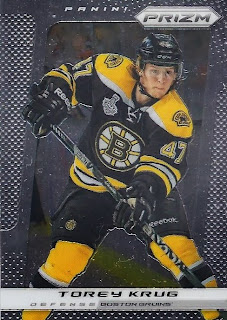 No Senators in this pack, but there was a Bruin. The second year card of Krug is probably the most desirable one among the non-rookies. 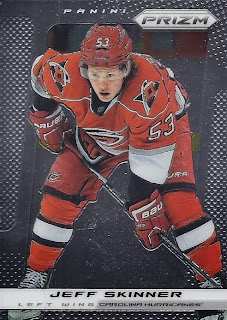 I also pulled a Kitchener Rangers alumni for that PC. 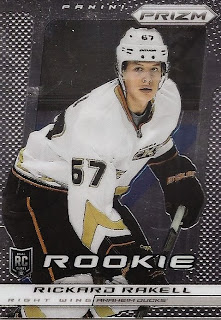 This was the only base rookie that I pulled. 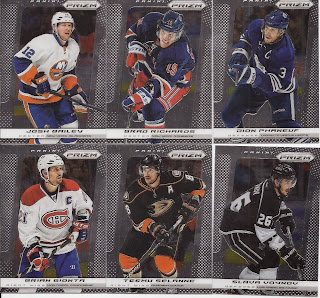 Not too bad, and if I had more money than common sense I'd actually go after the pulsar base set.
Posted by buckstorecards at 12:39