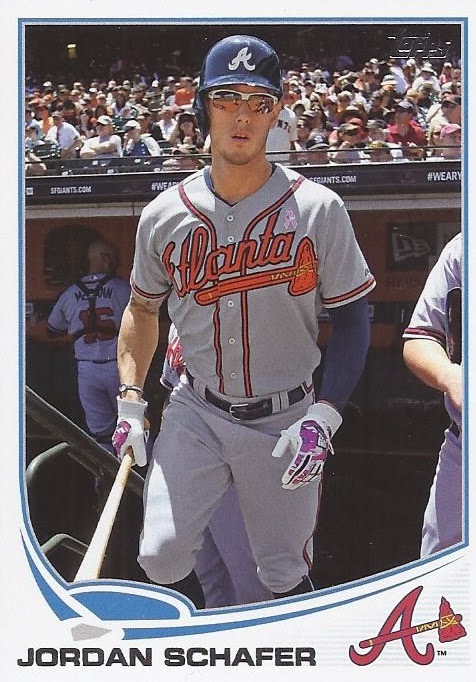 Jordan Schaefer  - Sometimes, even a simple shot can be interesting. Here, I'm focused more on Brian McCann doing his between inning routine than the batter. Can someone photobomb ever if they don't know they are being photographed?
Nick Tepesch
Kevin Youkilis 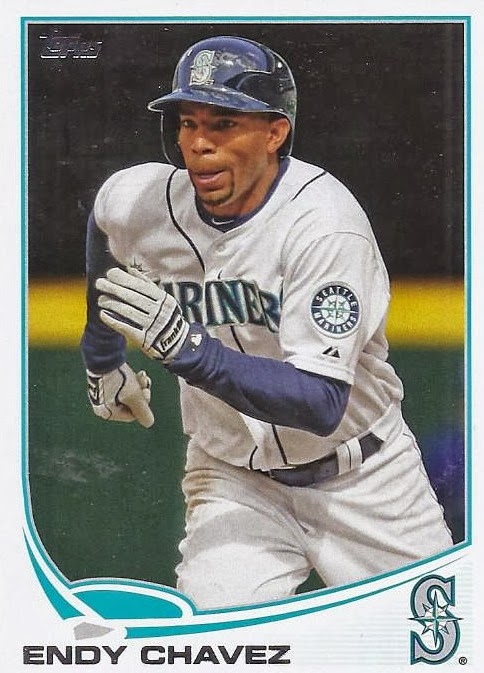 Endy Chavez - And the least flattering facial expression in the set goes to...
Luke Scott 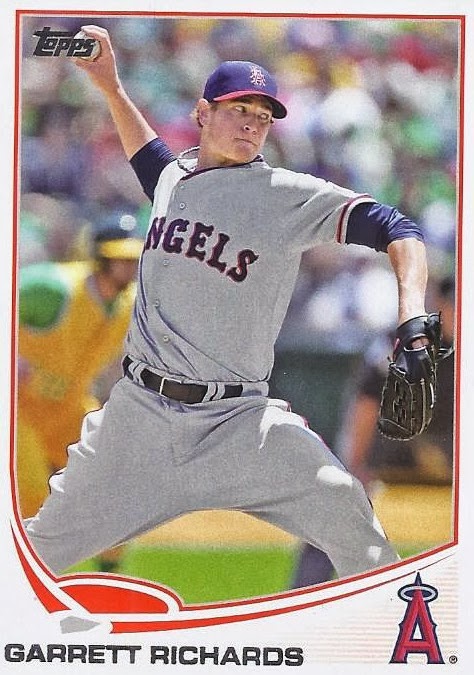 Garrett Richards - What? No shot of the halo cap? BOOO! I love the throwback in behind Garrett as well.
Conor Gillaspie
Jason Frasor
Brian Bogusevic
Justin Verlander 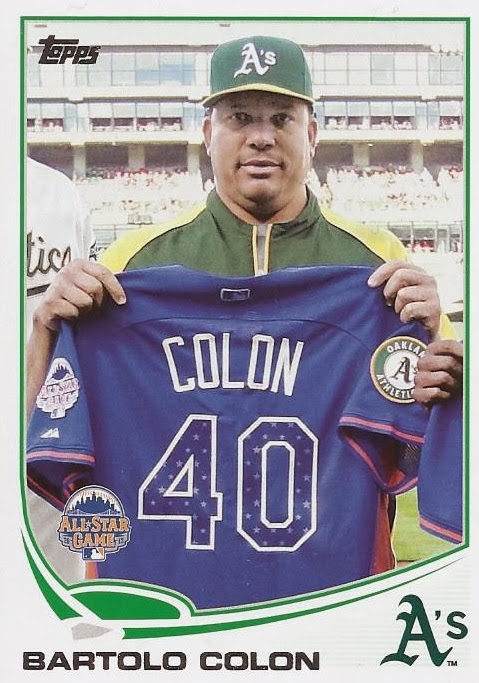 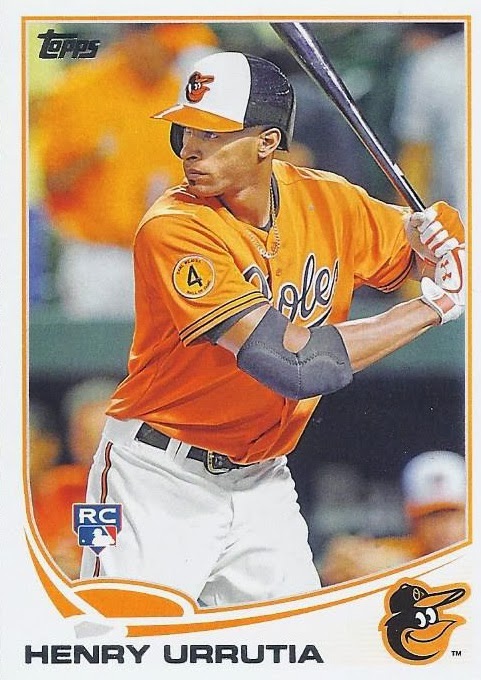 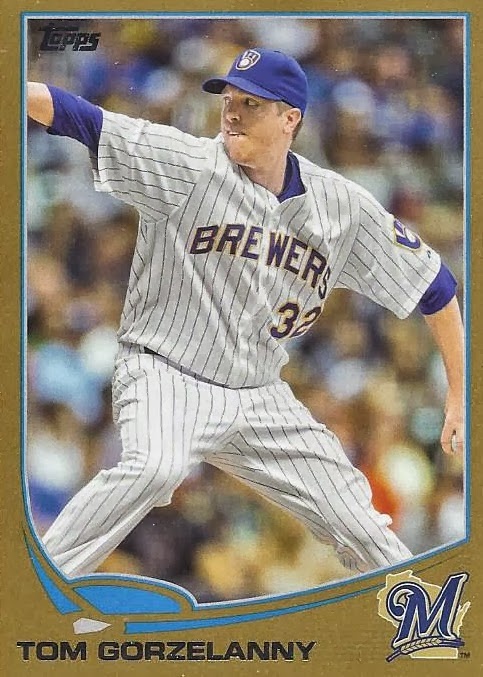 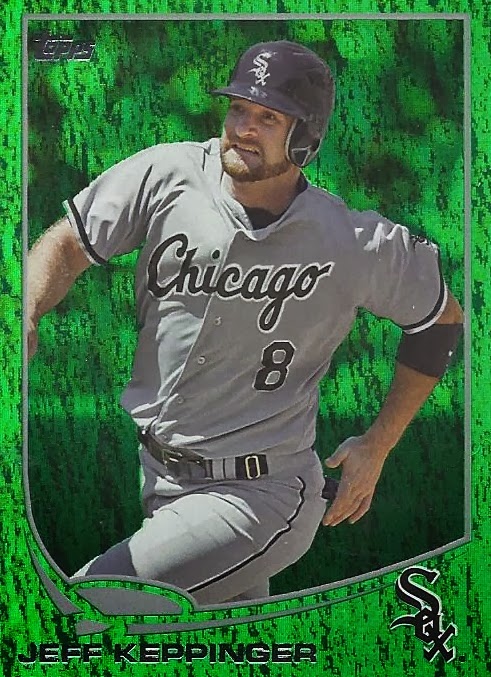 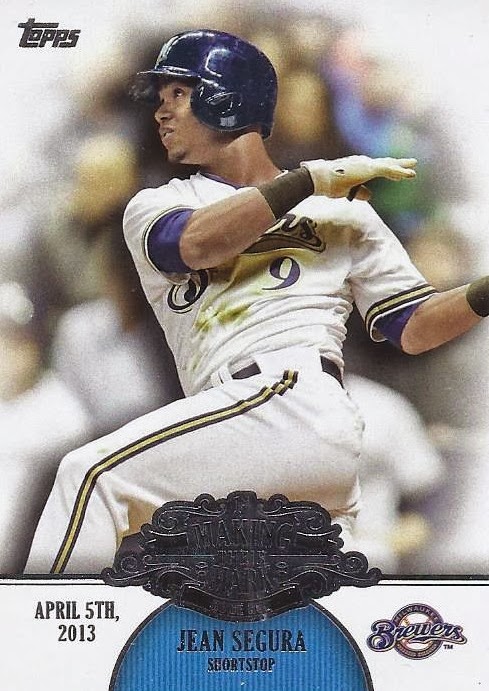 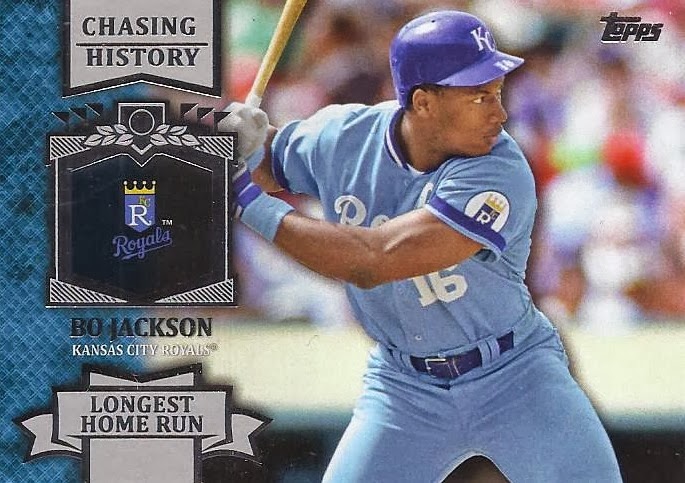 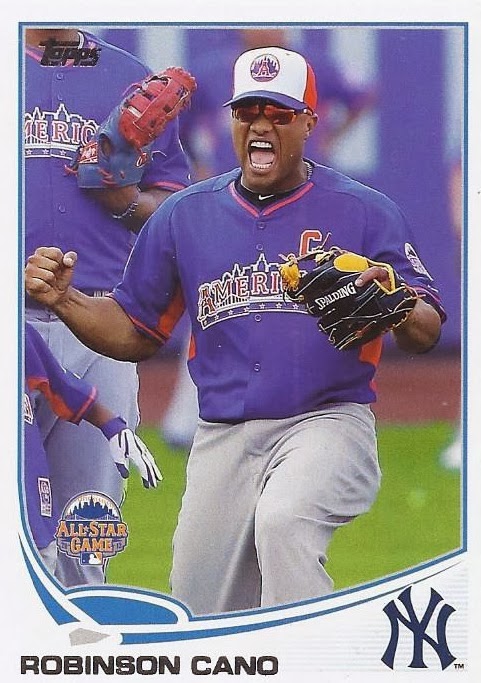 Robinson Cano SP - Top left pack has an SSP. Top right pack has an SP. It's an SP hot box! Actually, it wasn't. That was the last of them in this box. But, if you're looking for SPs, try the top pack in any Jumbo Box. Disclaimer: Previous sentence does not constitute legitimate advice. I will not be held legally or financially responsible should you the pack(s) you choose not contain an SP card. 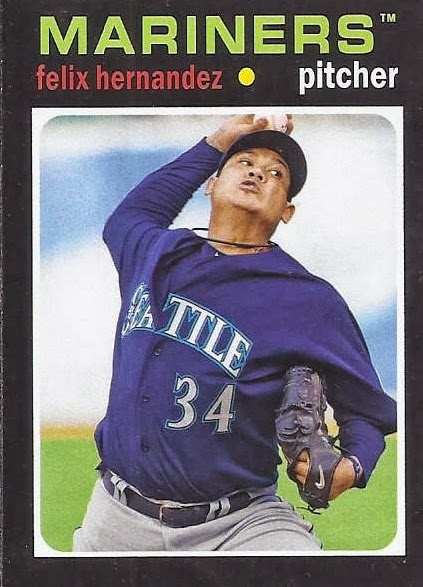 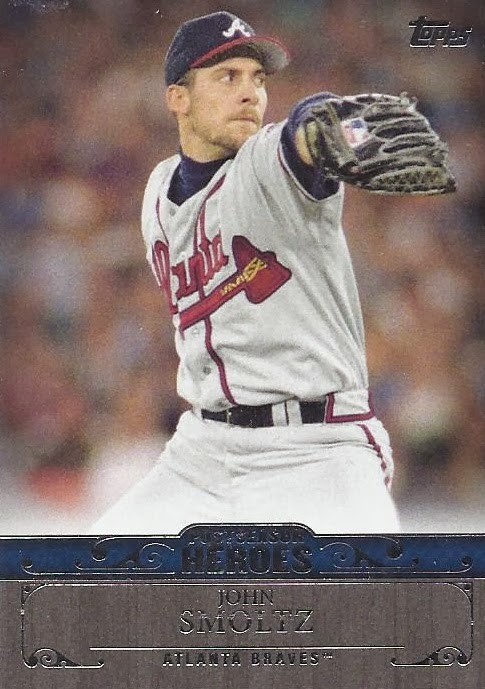 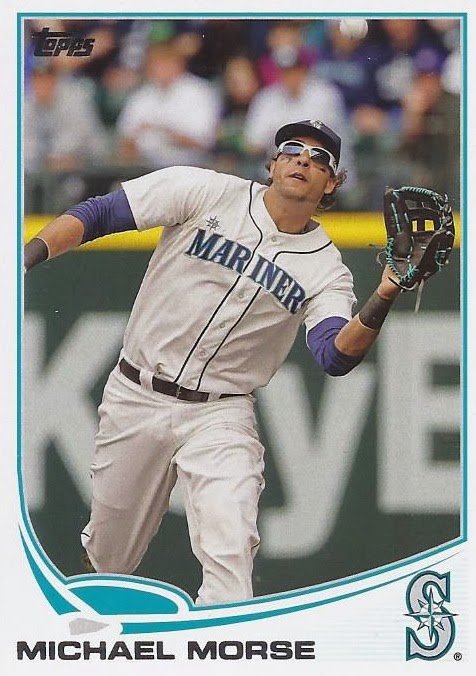 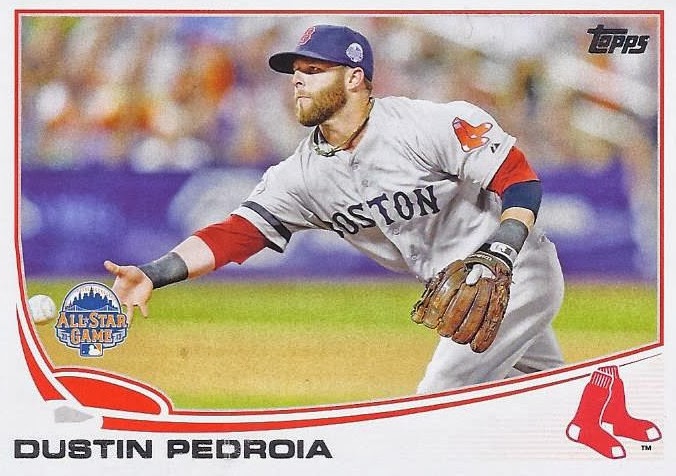 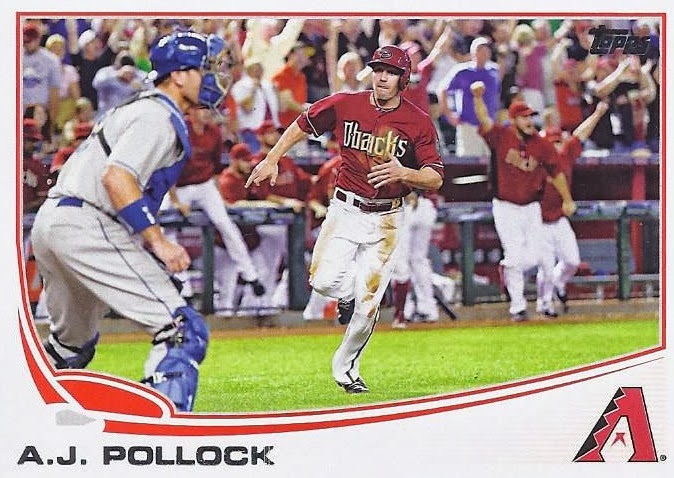 A.J. Pollock - I sense either a walk-off or a play-at-the-plate. Or perhaps the latter followed by the former. Either way, an outstanding photo. It might be my favourite in the pack. 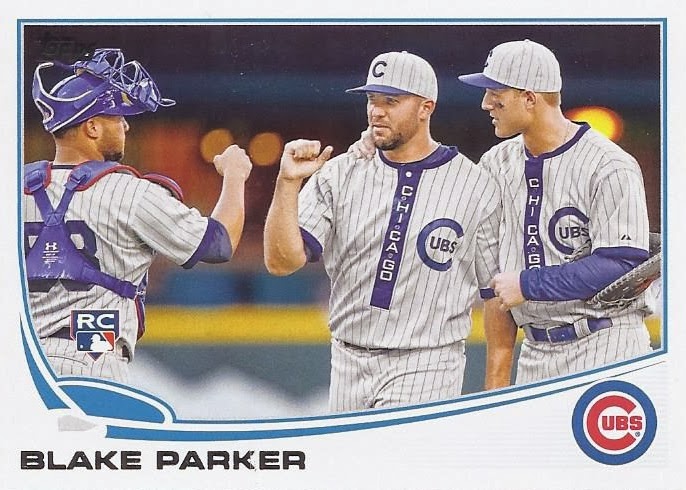 And that wraps this one up.
Posted by buckstorecards at 08:54