You take it to the heart

My Topps Update should finally arrive at the LCS later today, so I should finally be busting tomorrow. In the meantime, let's wrap up this repack with 5 more packs. Left are single packs of 2009 Philadelphia, 2010 Gridiron Gear, 2010 Absolute Memorabilia, 2011 Score and 2008 UD Rookie Exclusives. 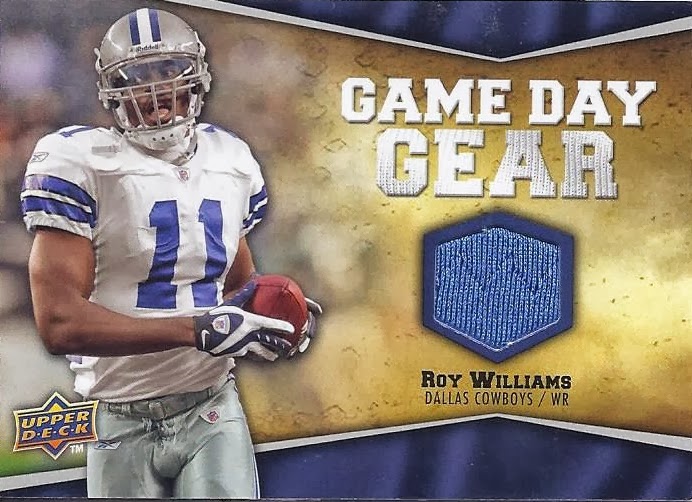 I mentioned yesterday that I did manage to pull a hit from this repack. And this was it. Since I was working under the assumption that these packs were searched to oblivion and back, it was a pleasant surprise to see this fall from the second Philadelphia pack. Aside from the stitching across the middle, it is only one colour and not of a household name, but I won't complain.

Unfortunately, the hit meant 2 fewer cards in the pack. Oh well. You can't win 'em all. 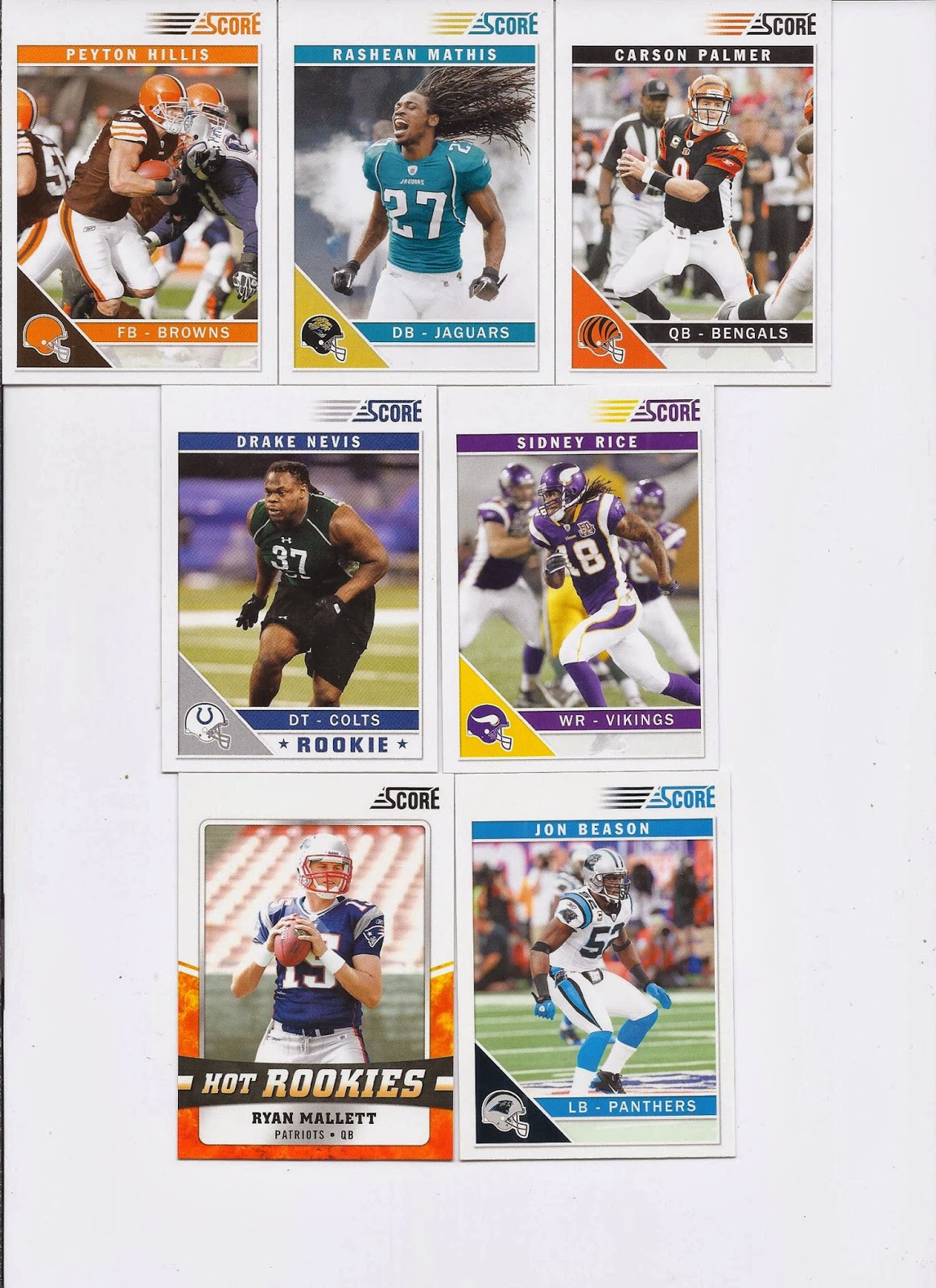 The Score was the only other pack with few enough cards to fit on the scanner, so here they are! I love the flying hair on the Mathis card, and the bottom two are both glossy parallels, so there were a few keepers in here. 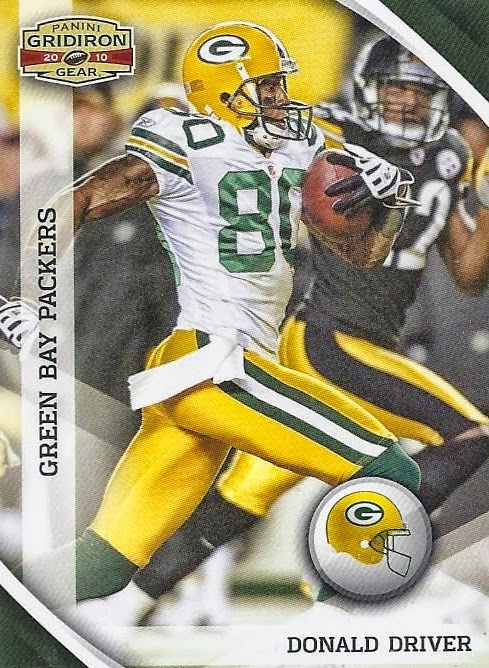 The Gridiron Gear card were easily the dullest of the lot. And yes, I'm well aware that there were Pro Set cards in the repack. The sprinting Donald Driver is the only one that interested me enough to post. Even then, it was probably a case of "I should at least post one of these. This will do." 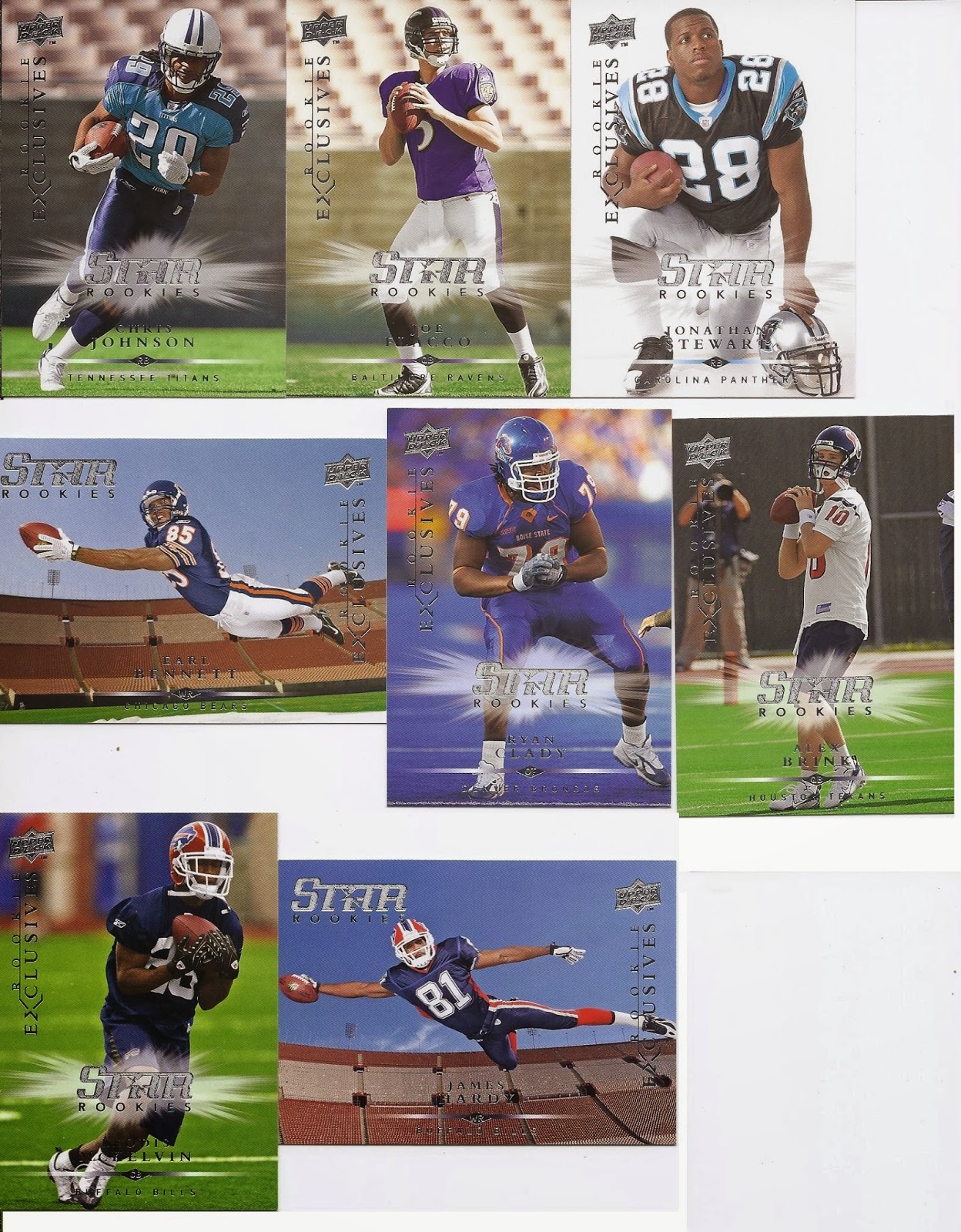 The Rookie Exclusives consisted primarily of shots from the Rookie Premiere, or college shots. There were some pretty good players in the top row. In the middle row, I like how they couldn't be bothered to have the crash pad out of the frame in the Bennett. I love the blueturf on the Clady. Brink is the only one that I pulled that is currently playing in the CFL. He's with Montreal, and saw some action after Anthony Calvillo's concussion ended his season. The bottom row = 2 Bills! That is as many as in the previous 9 packs!

I did pull 3 dupes in the same pack. So, considering that there were two rookie premiere flashbacks of established players (I pulled Suggs and Gore), there were 31 different players. Of them:

I considered going over all 100 of the cards to see what the ratio was. Then I decided that doing anything else would be far more prudent. 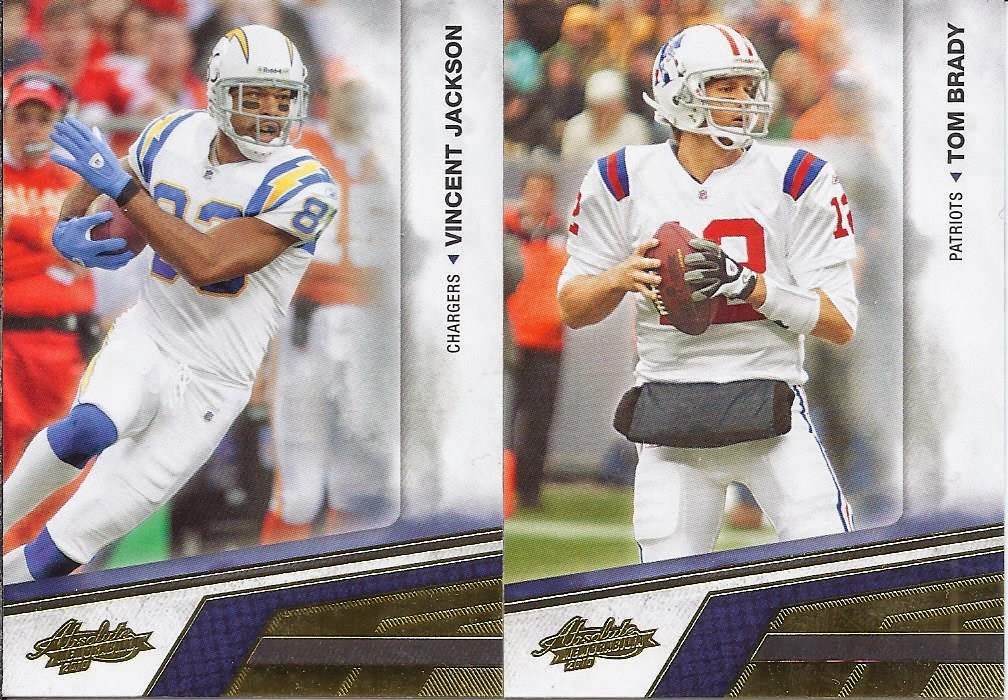 Absolute Memorabilia was a smidgen more interesting than the Gridiron Gear. It gets the nod based on a pair of throwback uniforms. 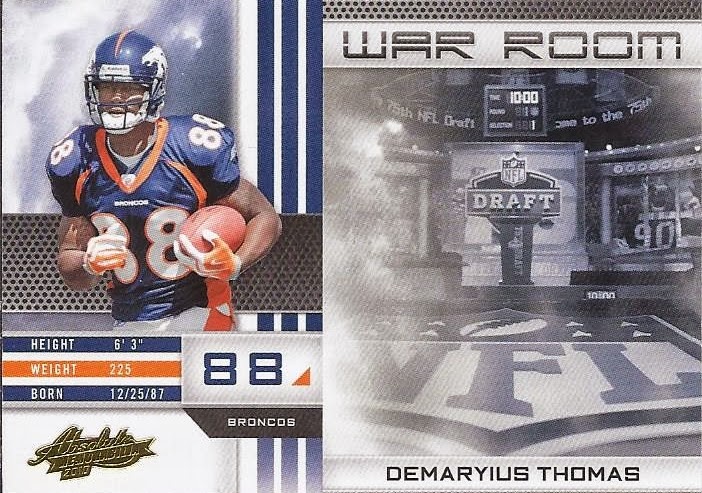 And an interesting insert.
Posted by buckstorecards at 12:33