In which I knock 150 Blue Jays cards down to a far more manageable 12 scans. Will I be able to manage to same for the Mets portion of the trade? Likely not. But, here's some of the goodies! 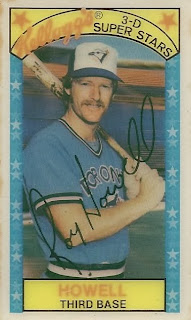 This is easily my fave of the bunch. For one thing, it is a pretty unique pull. For the other thing, it does appear to have some Froot Loops stain in the upper corners. 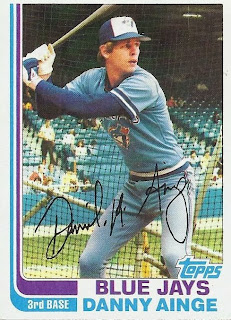 I don't think I had this Danny Ainge already. Too lazy to check. 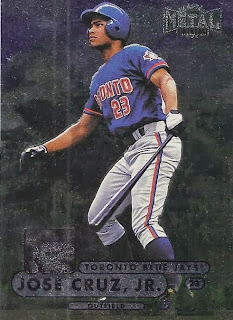 Since when I think of Toronto, I certainly think of the mountains that surround the city. 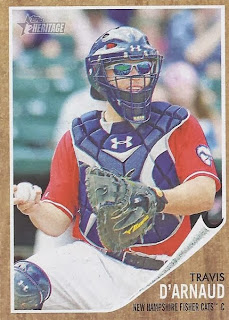 I guess this one was a Blue Jays card at this point. 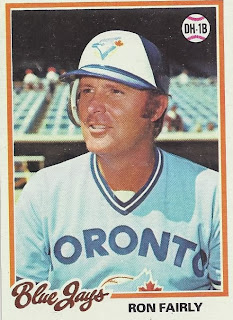 Ron Fairly was one of three cards that I still needed, at least to my knowledge, for my Jays Frankenset. The first is the Doug Howard that sits atop my wantlist. The second is a Josh Thole. More will enter the list when Update drops. 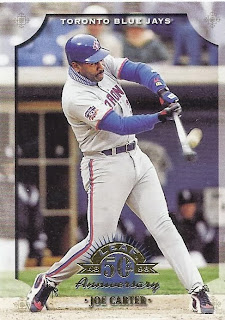 Only one new Joe Carter for my PC of his, but it is an interesting moment of impact one in the cold of Chicago. 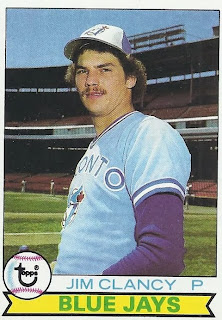 Here's Jim Clancy looking like the man your mother warned you about. 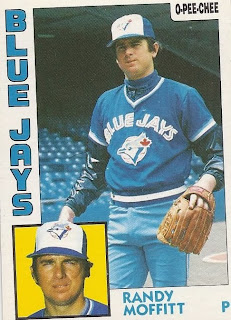 The only O-Pee-Chee in the box. No Lanceur on the front? BOOO! 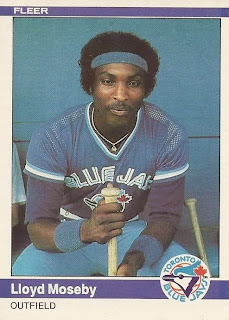 You could probably buy that hair/sweatband combo at a costume shop right now. I was pretty young at the time, but I don't recall that ever being a good look for anybody. 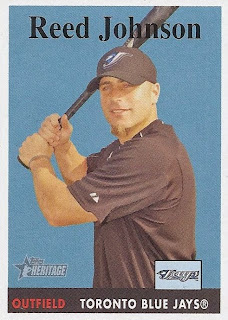 One of those players that might not have been superstars, but were still popular during their Toronto run. For me, it was his status as a dog person. 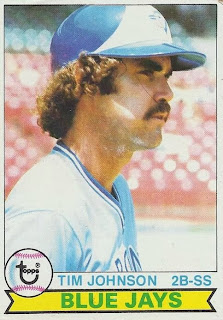 Hey, Tim! Tell me about the time you pulled that guy out of a foxhole in 'nam! 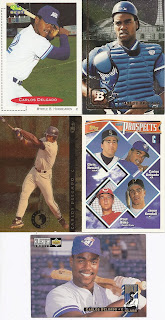 To wrap this up, a Delgado quintet!

One more post to go! I'm not relishing trying to cut down the Mets portion to something manageable.
Posted by buckstorecards at 18:52