As I continue to work my way through my mailbag, it is time to deal w/ a small trade. I was doing some updating of the CFL cards I picked up a couple weeks back ago at a show, I was surprised to see that one of the cards I had a parallel of was on someone's want list. He collected cards of Virginia Tech guys and wanted an Antonio Banks. More cards were added and subtracted as the deal went on, and packages were exchanged. Here's my goodie pile.

Firstly, here's a small addition to my 2/14 collection. Am I the only person in history to ever be excited about a Bowman card from 1990, but here's a new Scott Scudder for my collection. Kelly Stinnett becomes the 5th baseball player to move into the double digits with this card of him as a Diamondback - my first of those.

As for the Jim Kelly, this might be the most hideous garment ever featured on a trading card. I'm including some of the 1970s TV show themed cards in this competition. 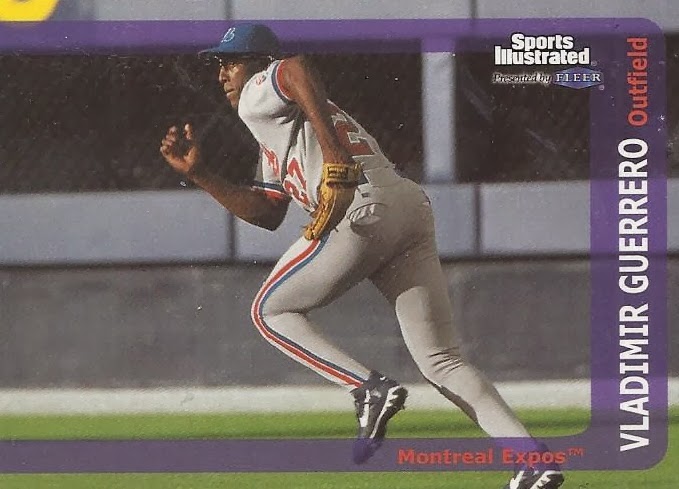 2/14s aside - it was this Vlad Guerrero I was happiest to welcome into my collection. It's just a great picture for the binder. 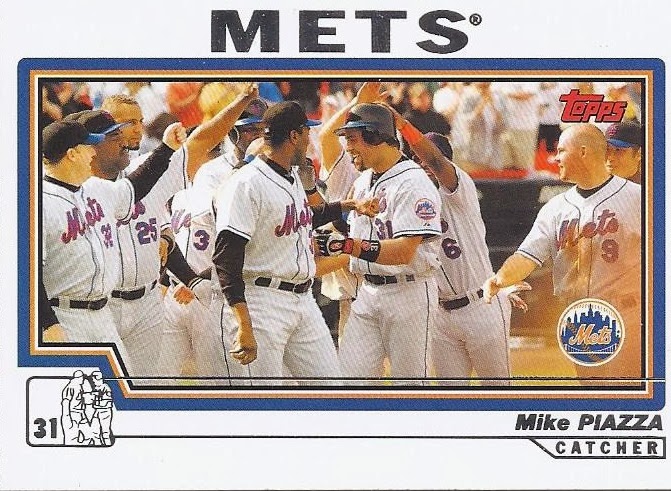 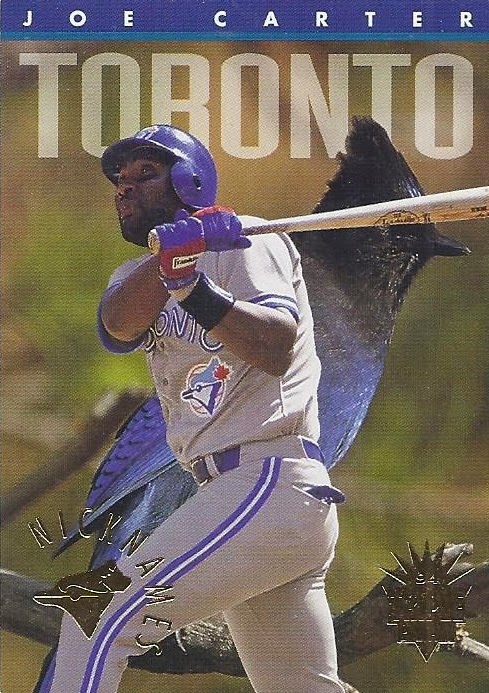 Here is a nicknames card of Joe Carter. The nickname isn't Carter's - it is the Blue Jays name itself, with the back offering a write up on the contest to name the team. 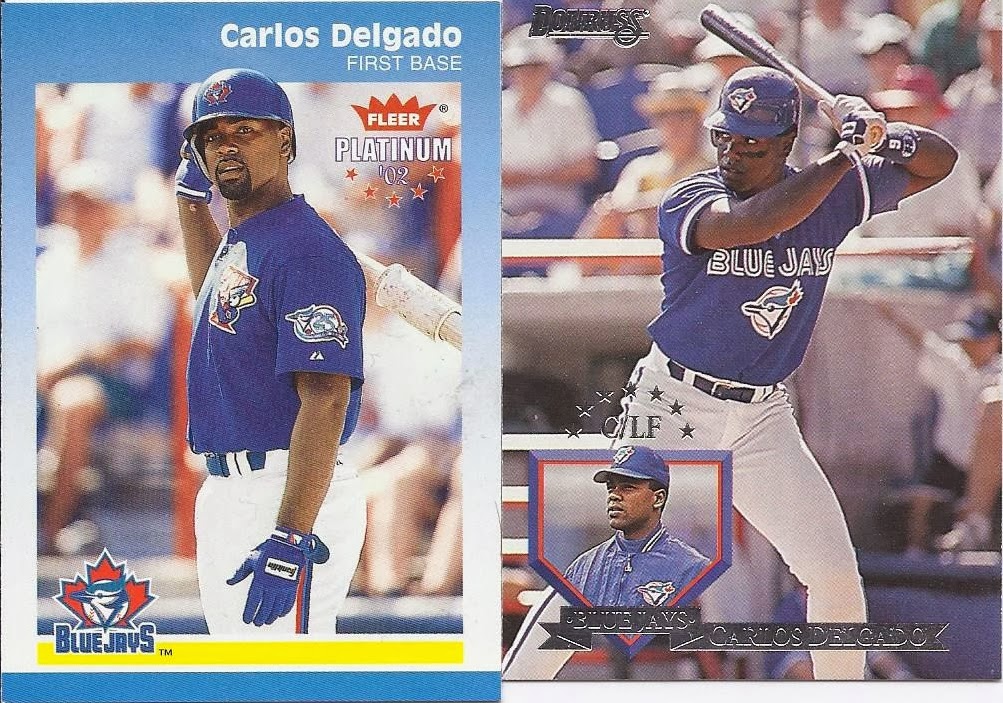 And to wrap things up, a couple of new Delgado cards for that binder. C/LF isn't a designation you see on too many cards.

And that's it for one small trade. Looking at the ol' mail stack. I've got two group breaks. I've got 1 small trade. I've got a three-down filled order and I've got a blaster worth of cards from just commons. That should be enough to take me through to the Expo next week. Cheers!
Posted by buckstorecards at 16:41