Every day you get one more yard

No Update yet at the LCS. Bring on the Surprise Box instead. 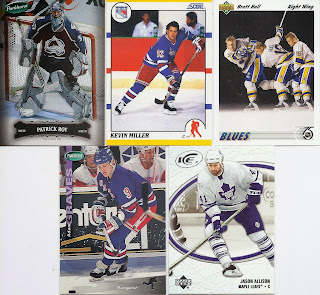 I'll start with the 5 card HOF pack. Not bad, two of 'em this time! Sure, it's a junk wax era card on the Hull, but the 1991 is a pretty iconic one from that set, along with the similar multiple-image Gretzky. A Roy for the mask binder is a pretty distant second. 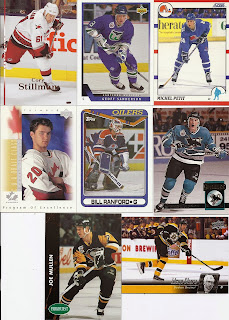 8 misc. cards up next. Did they really capture and choose a picture with Sandis mid-yawn? The Chara on paper should be the best photo of the bunch, but flip over the Daniel Tkaczuk and... 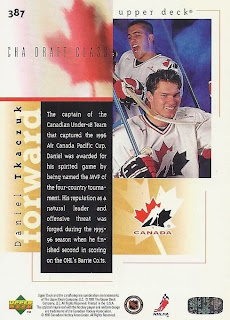 they show at least a two-minute penalty for hooking. And likely more. 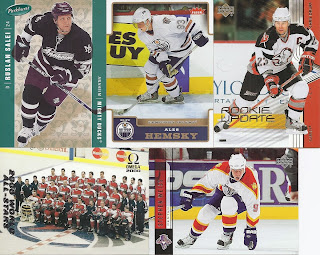 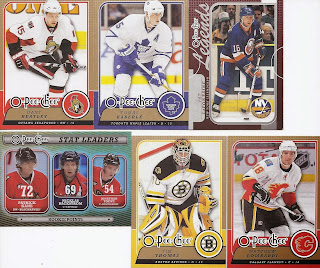 And to wrap it up, a pack of OPC. Let's see. A SP veteran card. A mask binder. A Senator. And a shiny card that will probably be sent out the next time I drop a PWE bomb in the direction of 2 by 3 Heroes. I guess the pack gets the nod overall in the repack.

But I'd still rather bust some Update.

Posted by buckstorecards at 16:18