For a 100 card set, with decent collation, I should finish the set with 1 box. Unfortunately, there were parallels or an insert in each pack, so I ended up 4 cards short.

That accounts for everything. Let's look at the cards: 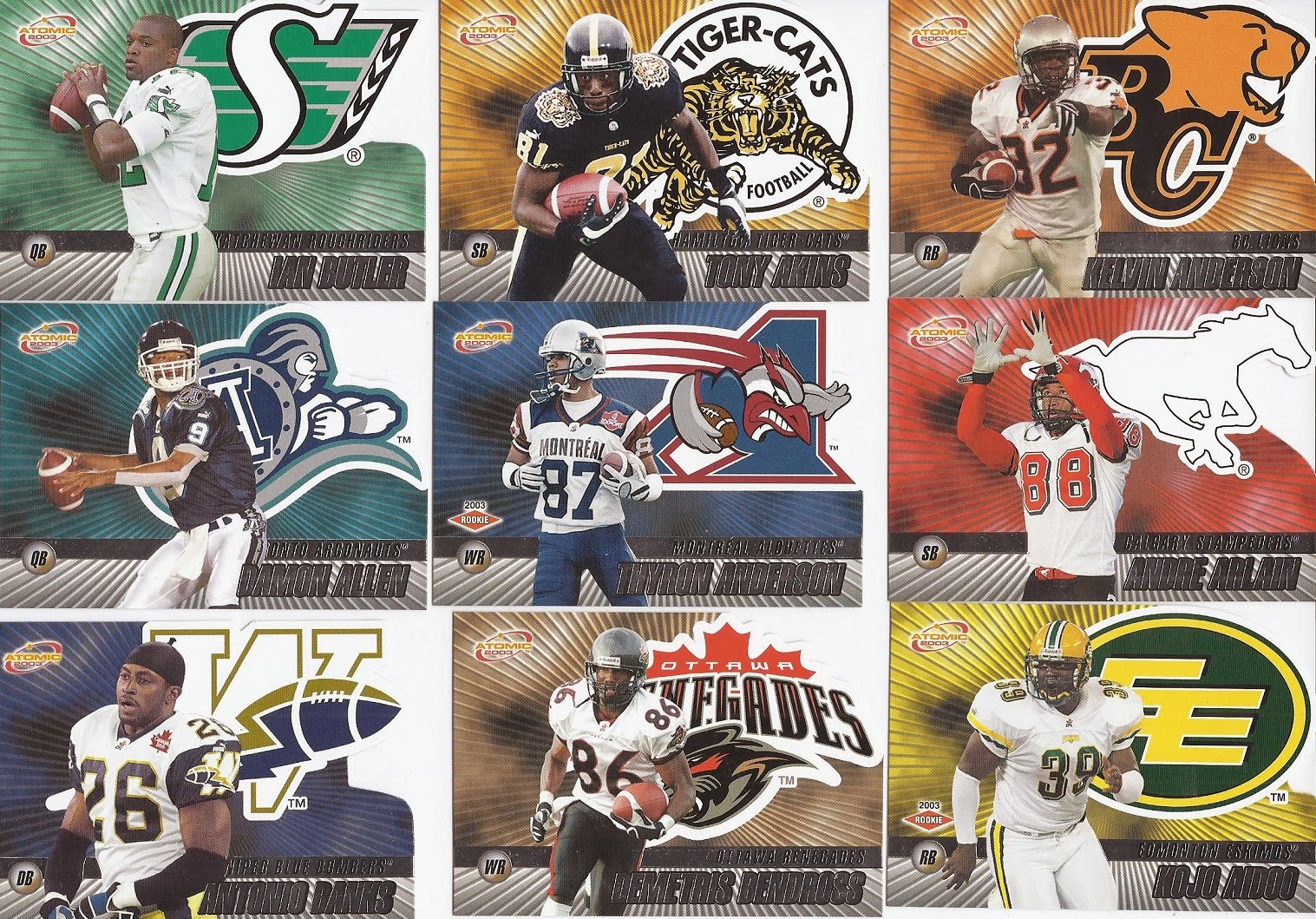 Here's the design for the base for the respective teams. I really do like the look of these, despite washed out backgrounds. The logo being worked into the design really does help, although the Edmonton card is a little loud. They're all die-cut, but that leads to a problem. The insert cards were the only rectangular cards in the set, and it was easy to feel which packs contained the inserts. If anybody were of the type to search packs on CFL cards. 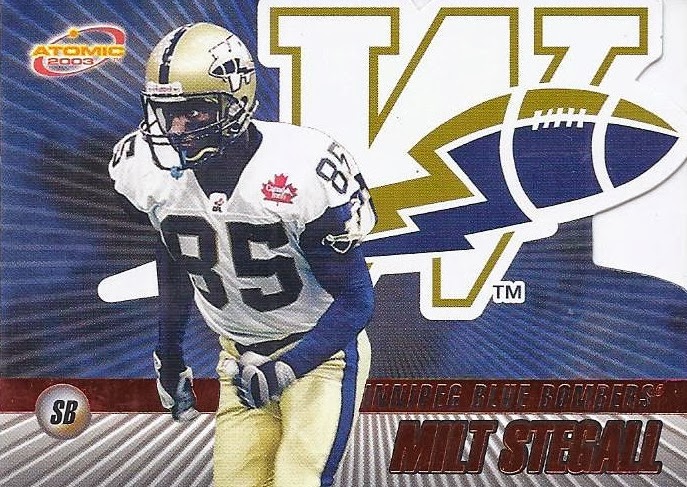 Here's the red parallels. There's only one Uncle Miltie when you're a CFL fan. And that's Mr. Stegall. Here's what is probably his most famous moment in the CFL, and one of the most incredible endings to game you'll ever see.
The best thing about these sets is that you're tempted to fire up google wondering what happened to these players after their CFL days. 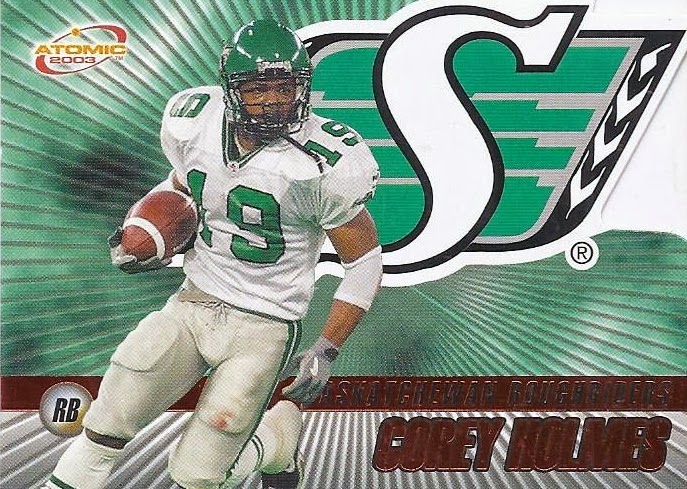 Corey Holmes became the mayor of the small town of Metcalfe, Mississippi. And got indicted.

Let's look at the inserts.

These were the three gold parallels I pulled - each numbered to 175. Although I remember Tyree Davis (not to be confused with David Tyree) signing with Hamilton, I don't think he ever played for them in a regular season game.

My favourite inserts in terms of design was the Friday Knights series. I've mentioned my love for designs that work the city/arena/stadium into the look, so it really isn't a surprise. I could do without Lawrence Phillips being on the Calgary one, though.

I wonder if he'd do a TTM signature via prison. 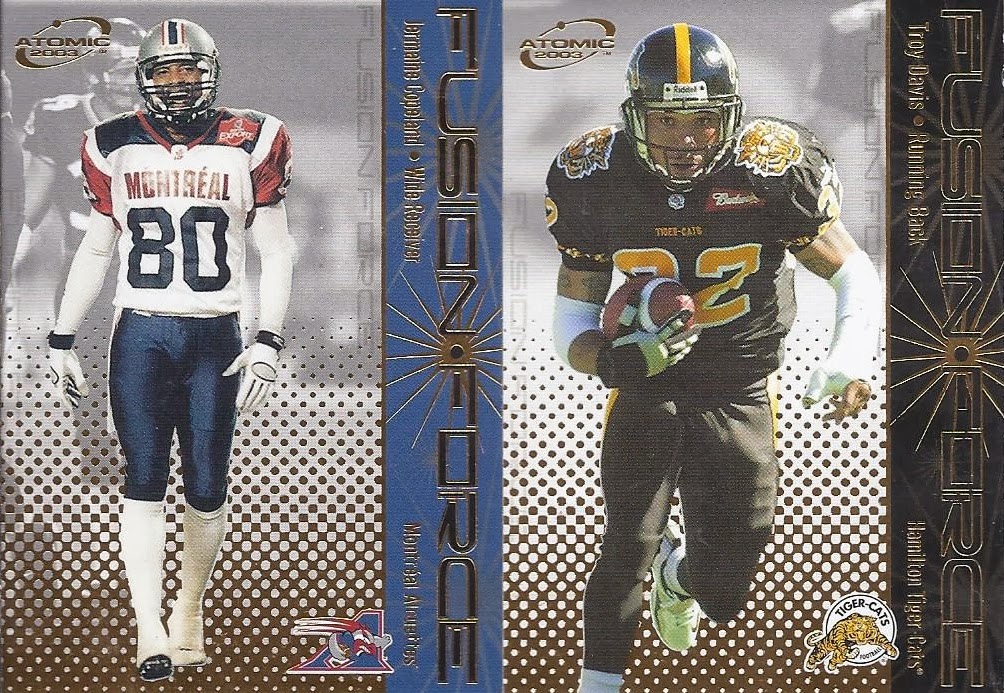 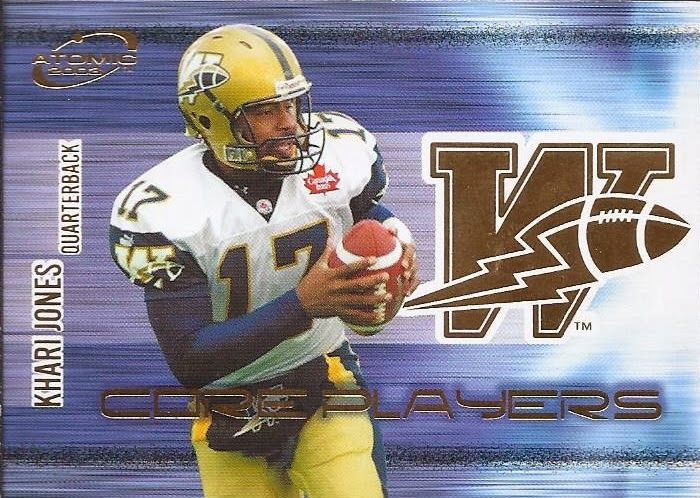 The other two insert sets were pretty generic. 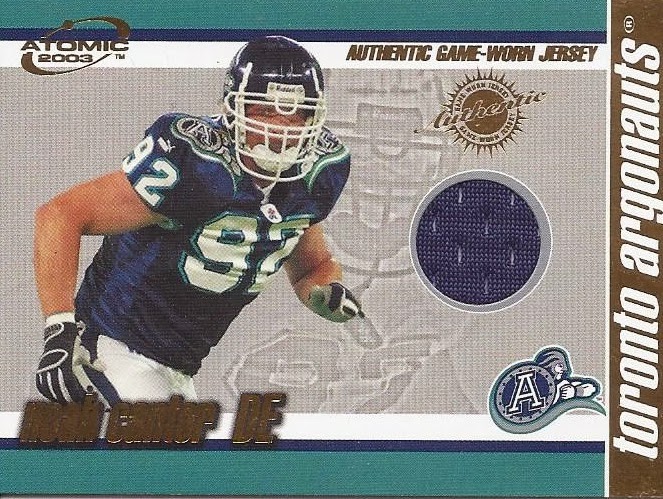 Not a good start for a Tiger-Cats fan. But there is one plus. 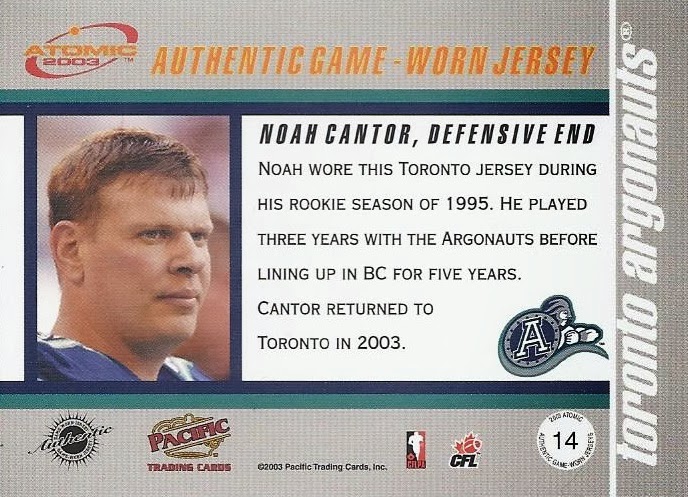 The back actually gives an approximation as to when and where the jersey was used. 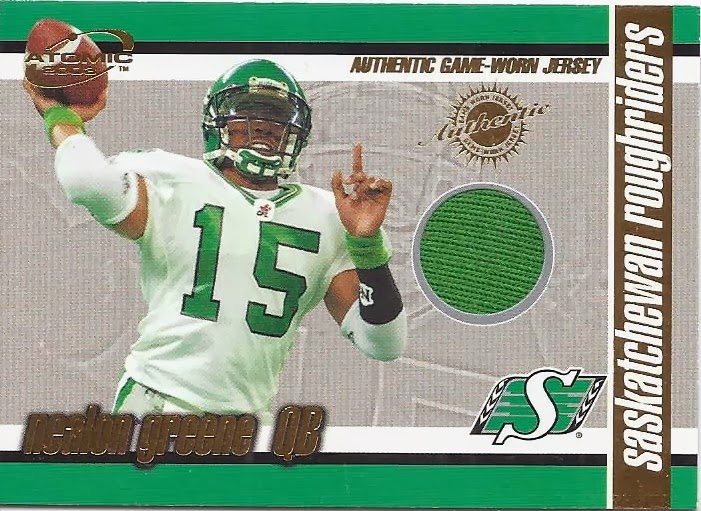 A little better. I do like the bright green swatch on this - as it should be for a Riders card.


Posted by buckstorecards at 13:29