Why I hunt Wolverines - Great Trades

I've recently split my masks binder. One is devoted to masks from before the 04-05 season, the others from after. While in terms of base, it is pretty even, the hits really don't even out so well. I'd lamented such. Maybe Dennis read that, since this envelope was filled with pre-04 hits. 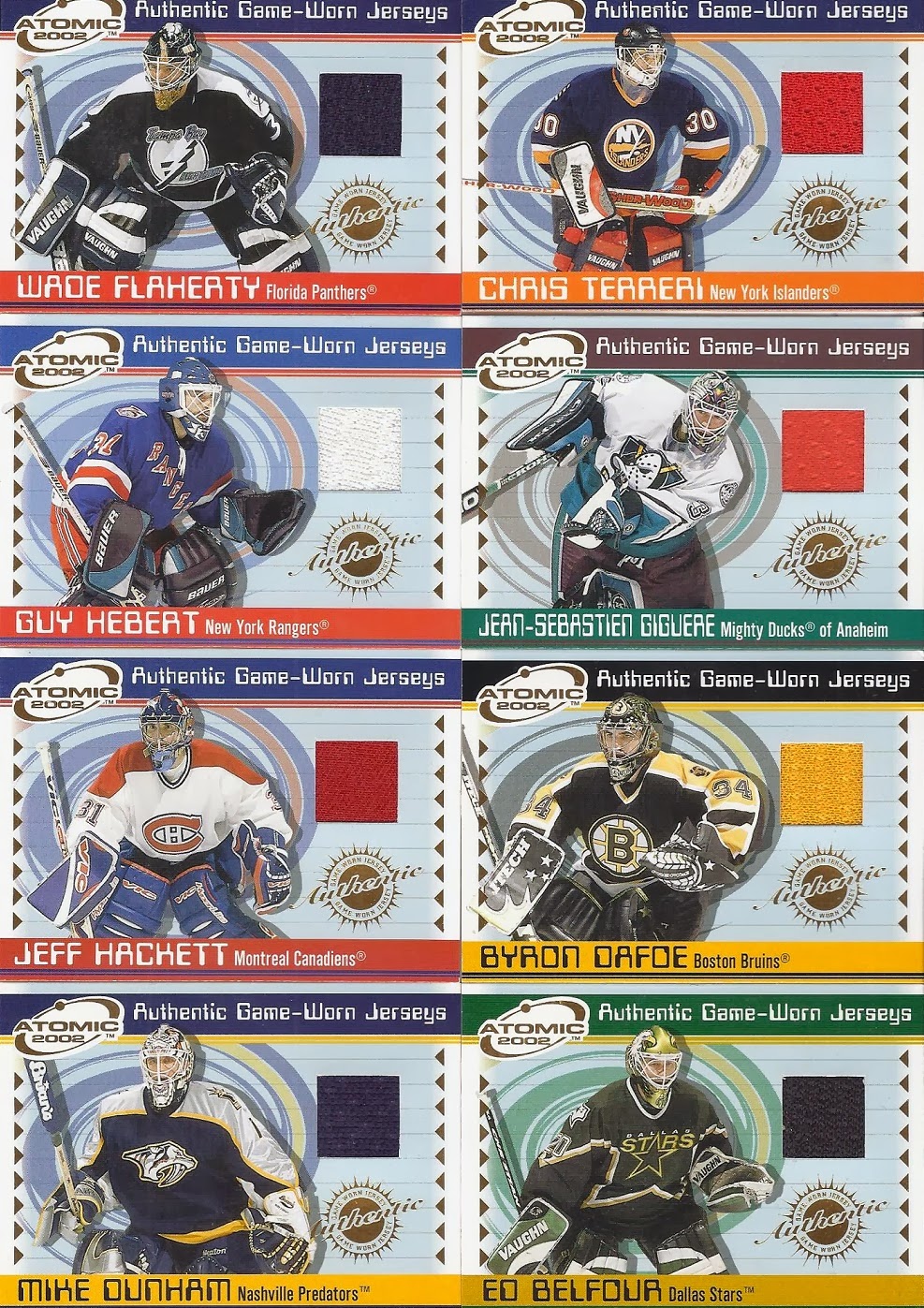 To start it off, how about 8 new relics? There's a Hall of Famer here in Belfour. There's one of my favourite masks in Dunham. There's an oddball uniform in the Terreri. I never knew he made a stop on Long Island, but apparently he did for 8 whole games. Guy Hebert's time at MSG was a smidge longer, going for 13 games. Even though his swatch is the only white one in the bunch, it still includes some stitching, so it isn't too plain. Some of the cards state what the jersey piece is from. Hebert's is from Anaheim. Flaherty's is an Islander swatch.

And to sit in the middle of this page: 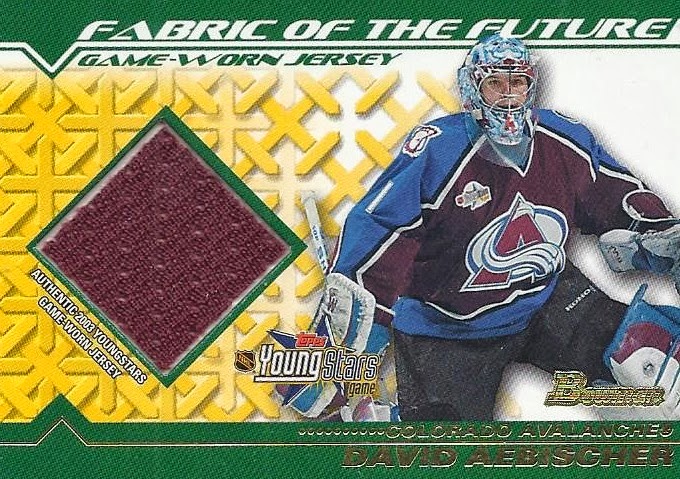 Simply to keep the page uniform.

That's still not it for relics. 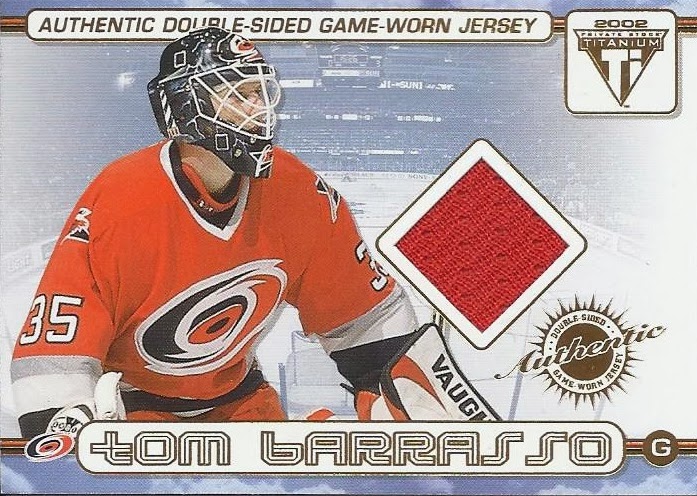 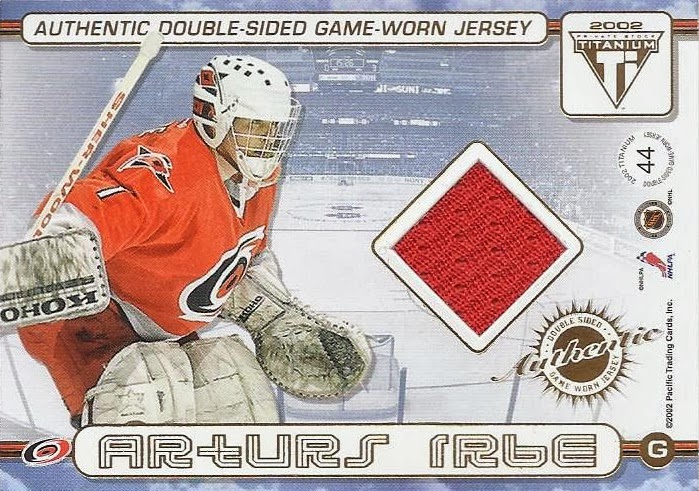 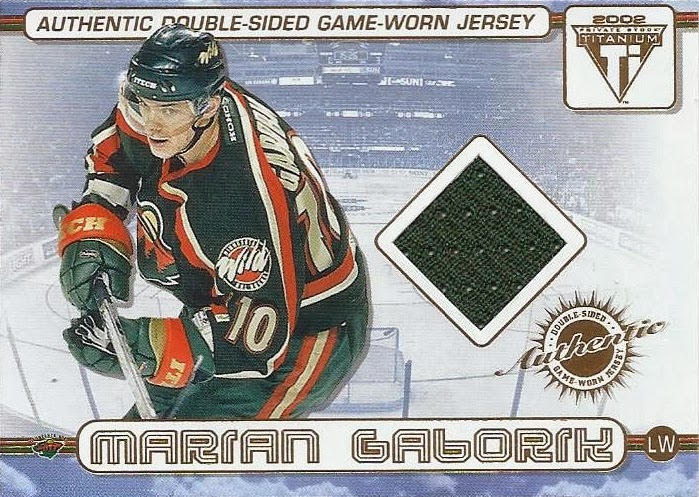 And with apologies to the Manny Fernandez relic on the back, this one is on its way into my 2.14 binder. My 50th hit in the collection, and the 10th that came in a package from Ann Arbor.

But, it wasn't just relics. There's also an auto bound for my early years binder. 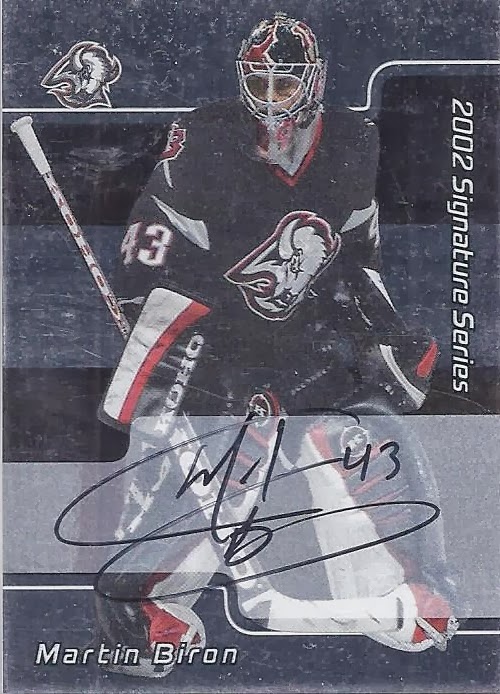 I love the BAP sets for making autos of players that you wouldn't expect to see autos of easily available. Martin Biron really doesn't really qualify for that. 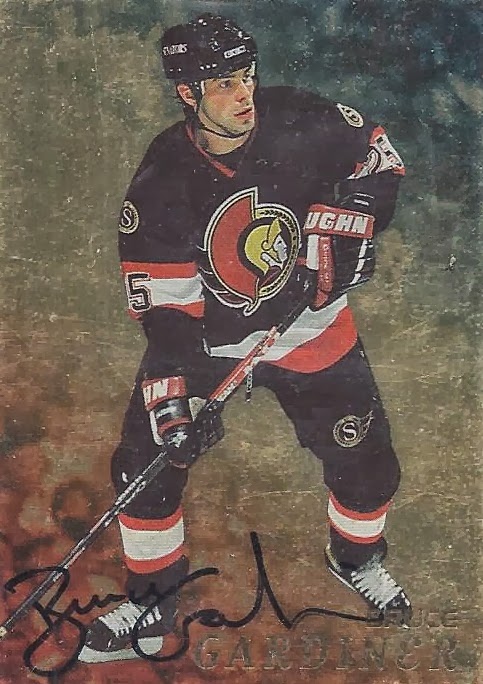 But with all due respect to Mr. Gardiner, he'll still have played over 300 more NHL games than I ever will. Plus, he has this bit on his wiki entry "On May 4, 1986, Gardiner, who was 14 years old at the time, helped rescue two men and two boys from possible hypothermia on the Mattagami River along with some friends. On December 11, 1987, he was awarded the Medal of Bravery". 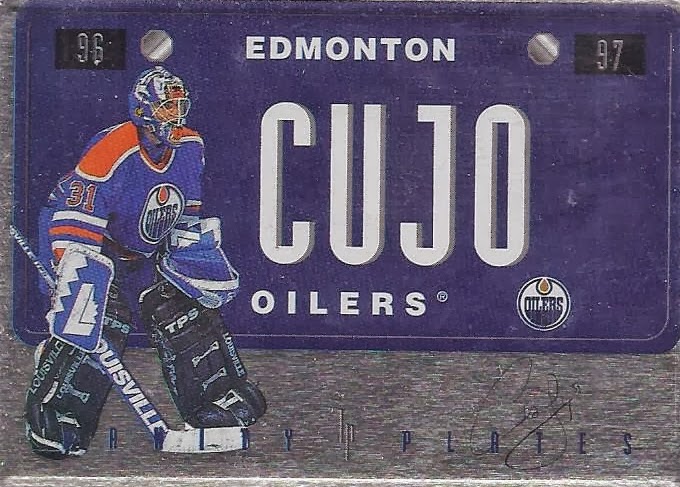 And who says a card needs to be a hit to be spectacular? This is a beauty, and it is surprisingly heavy. This subset would have been easy pickings for pack searchers.

Back to masks, here's the only new one for the newer binder. 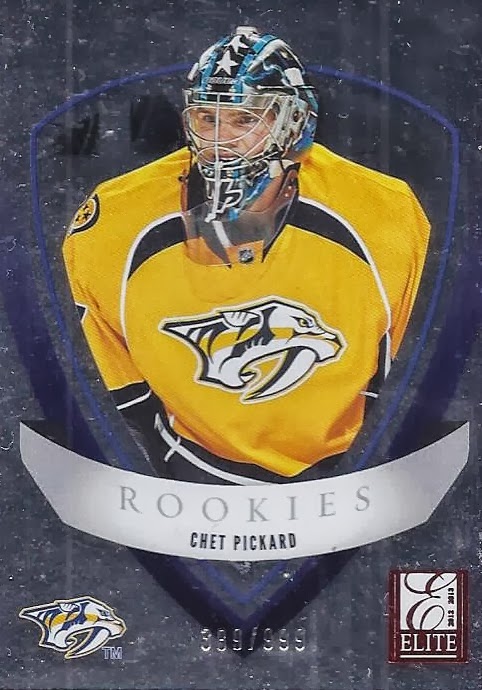 It's a Milwaukee Admirals mask. I didn't think he was still in the NHL, and it turns out he's now in Sweden. It's never a good thing when you type someone's name into google, and the second AutoComplete option includes the word 'bust'. 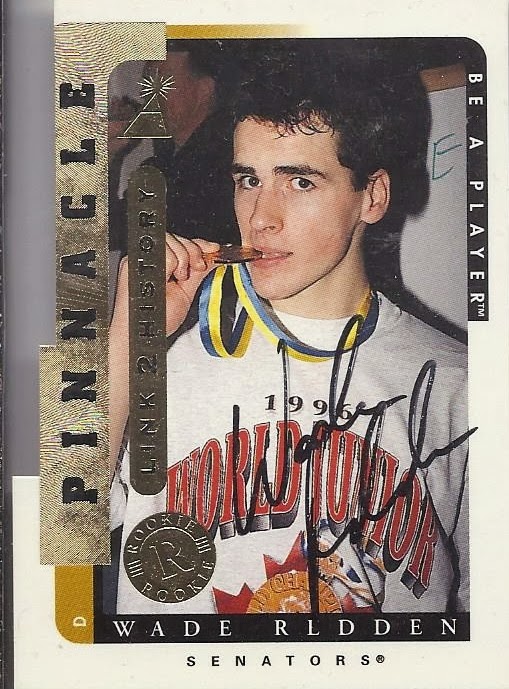 And here's the final hockey card. I thought the "E" in the upper right was some card vandalism. Turns out it wasn't after a quick look at COMC. This is also my first solo hit of Redden.

But there was some football as well. 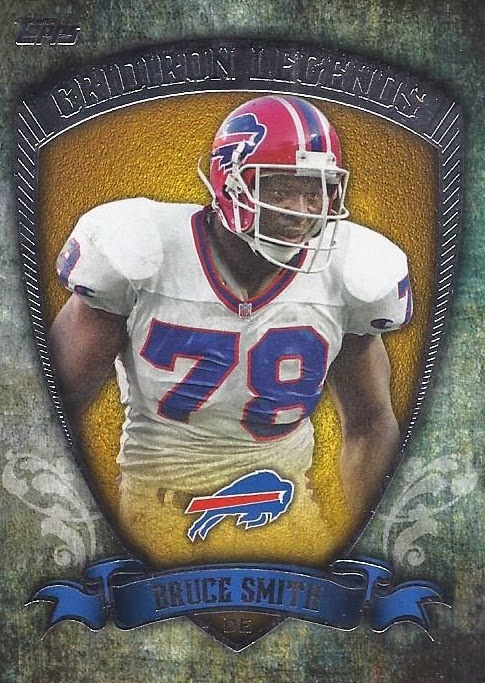 As soon as I saw this pop up at Too Many Verlanders, it was a full-fledged - WANT! WANT! DO WANT! Aside from a Robert Woods relic from a Walmart Exclusive hanger box, this is the only Bills insert I have from the set. Interestingly, there only seem to be 30ish cards in the subset, but 4 of them are Buffalo guys from the glory years. Smith, Reed, Kelly and Thomas.

Which reminds me to get my 2013 Topps football wantlist and tradelist in gear. 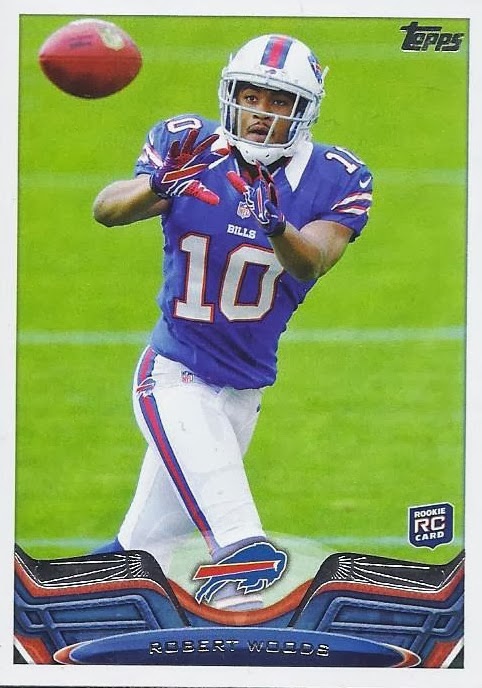 And to wrap up the package, there were about 16 cards for my base set of 2013 Topps Football. Naturally, the Bills card was the best of the lot. I still need about 60, so if you're building as well, or want some inserts, look for a post on the weekend.

Thanks for all the goodness!
Posted by buckstorecards at 17:21