Hard to get more dupe-filled than this morning's pack, but this one made an impressive challenge for that title.

Oh boy. We're off to another dupe filled start from the first part of the pack.  As in all of them. 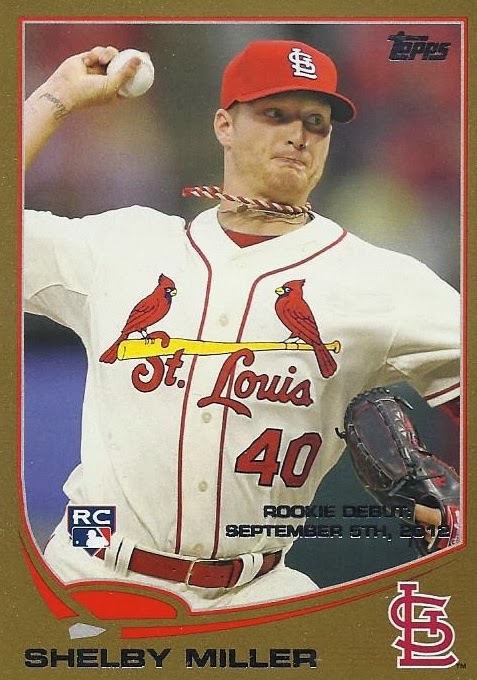 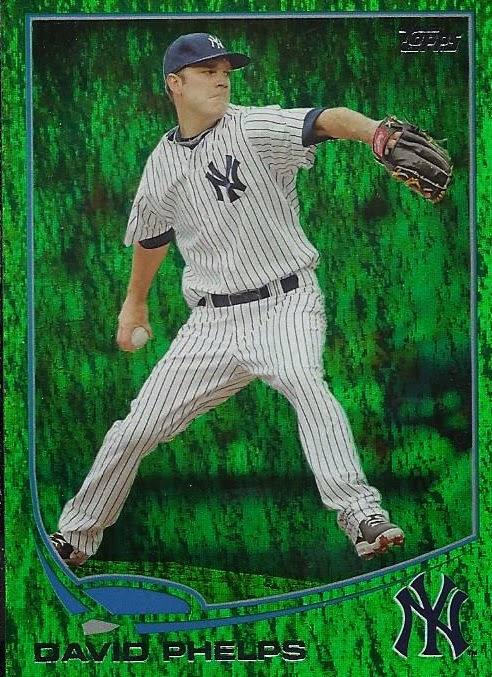 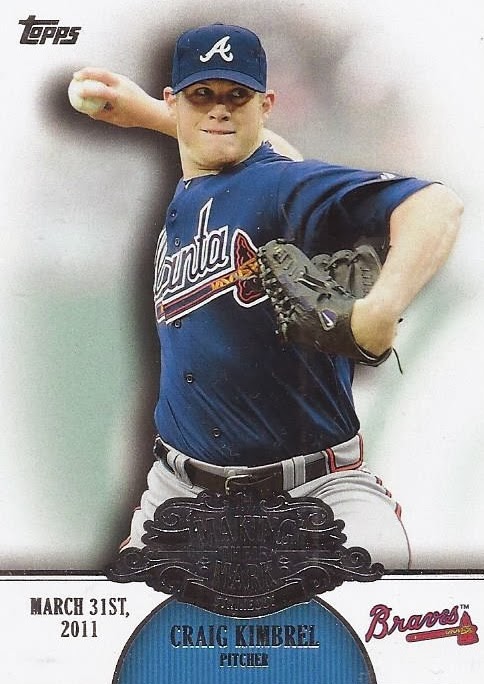 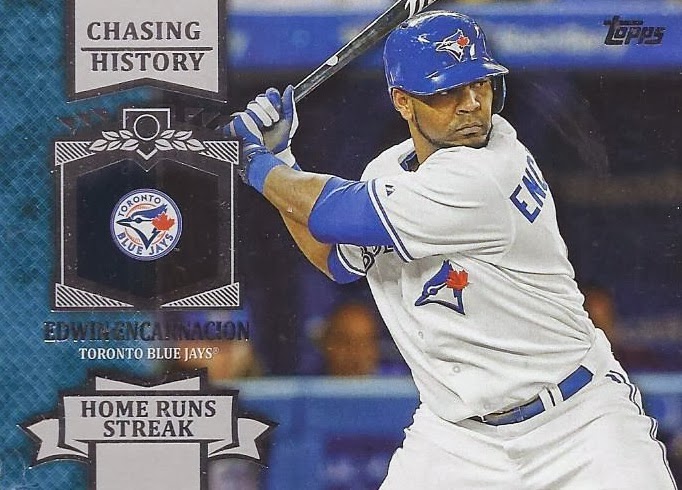 Edwin Encarnacion - Chasing History (First Blue Jay to hit four home runs in consecutive games for a third time) I love getting Blue Jays cards, but this might be the biggest stretch to shoe horn a guy into an insert set ever. 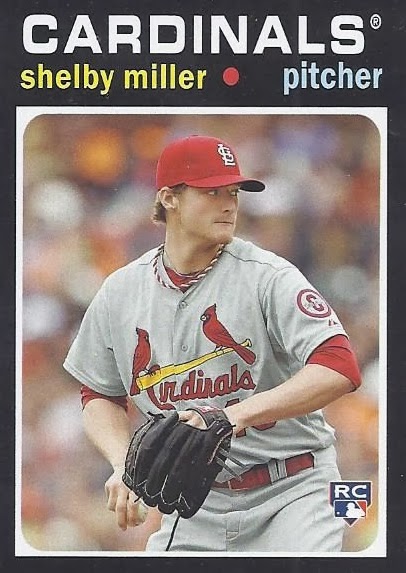 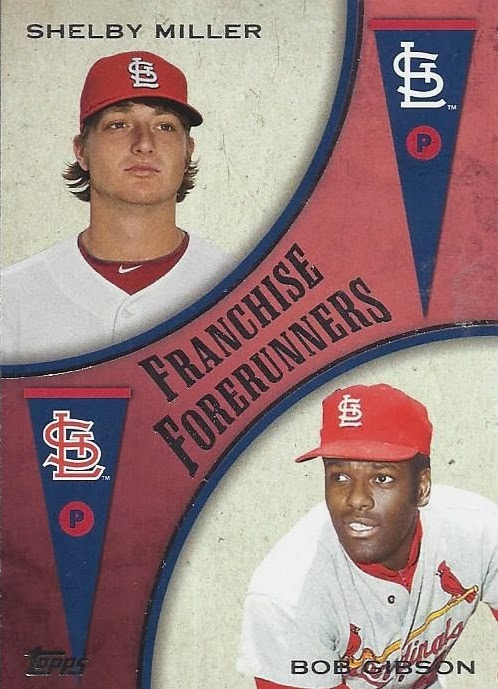 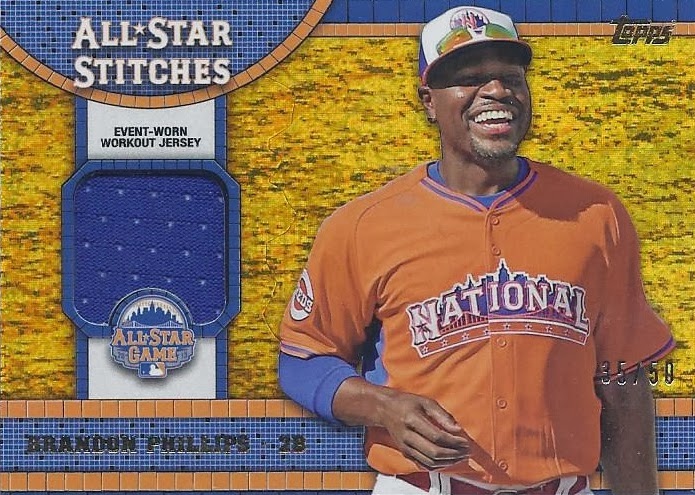 Brandon Phillips - All-Star Stitches Gold /50 - It's not a player I collect, but it might be decent good trade bait. And it is nice and sparkly, if you're into that.

Nothing but dupes among the base again. At least I can replace the Wade Davis with a card in better shape. The main difference is the thickness of the relic insert probably meant a couple fewer dupes this time around.

I think I'll bust a repack tomorrow as a pick-me-up. Sure, I might not need the cards for a set, but the dupe ratio will have to be lower than this.
Posted by buckstorecards at 15:23