Nothing will ever compare to the awesome that was Gary Pettis' little brother appearing on his card, but I'll try to salvage some more interesting goodies out of the repack. 50 misc. cards, 4 packs and a bonus. I'll focus on the latter of the two here.

The bonus in the past was a Twinkie-stained 1976 George Scott Hostess card that went right into the binder. This time? 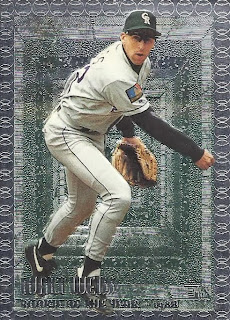 It's shiny. But it isn't really a close competition with the Hostess card. 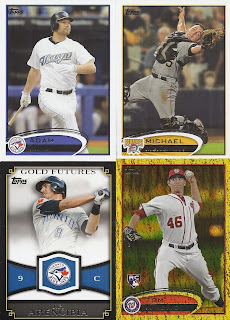 A pair of Blue Jays. A great photo. And a sparkly. Not too bad. The pack also had a Jeter, and a turning two card of Trevor Plouffe. 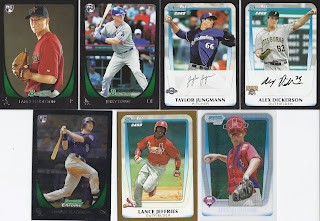 At least I've heard of a couple of these folks. 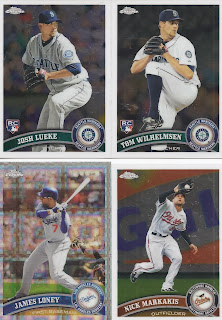 Although no marquee players popped out, X-Fractors are always nice. 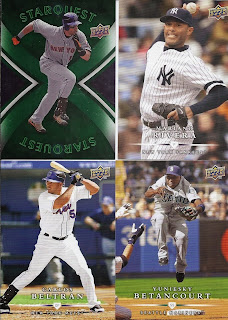 And to wrap things up, a pair of Beltrans, a surefire HoFer and a great picture which gives me my only excuse ever to scan a Yuniesky Betancourt card.

Depending when I get my hands on my Topps Update box, the random 50 will probably be posted tonight.
Posted by buckstorecards at 05:31