A 100-card repack can always pick me up after hitting a pair of dupe filled packs on a box break. While I didn't hit the 1-in-4 hit, I still got some nice cards out of it. 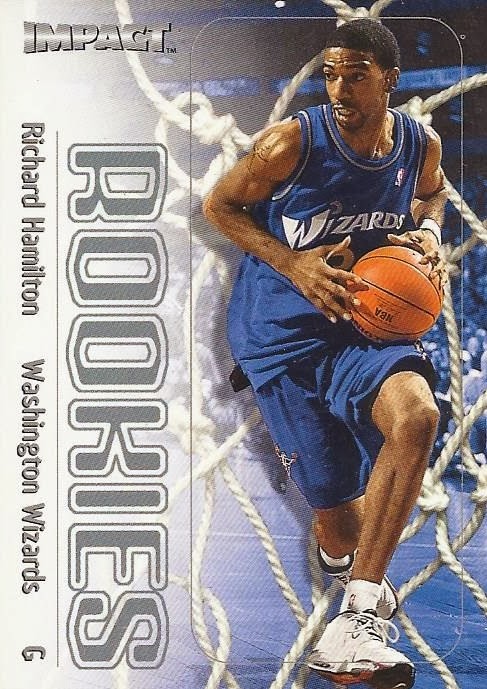 My favourite card came out of the promised 5 rookies in the pack. A new Richard Hamilton for my 2/14 collection! WOO-HOO! My total of his cards now stands at 13, more than double that of the next most with Gheorge Muresan's 6. Although that double lead won't be there for long as I've got a very wanted Muresan card on the way.

Here were the rest of the promised rookies. As usual, there were more, but these were grouped together. I'm somewhat surprised to find the Noah rookie among them. As for the rest, I hope Shawn Bradley's pants are waterproof, since that tie is a pisser.

Another group of 4 cards here as I found 4 Hall of Famers among the cards. Surprising that only half of them are from the junk wax era. Jordan with hair (extremely short hair, but hair nonetheless)! Repacks rule. 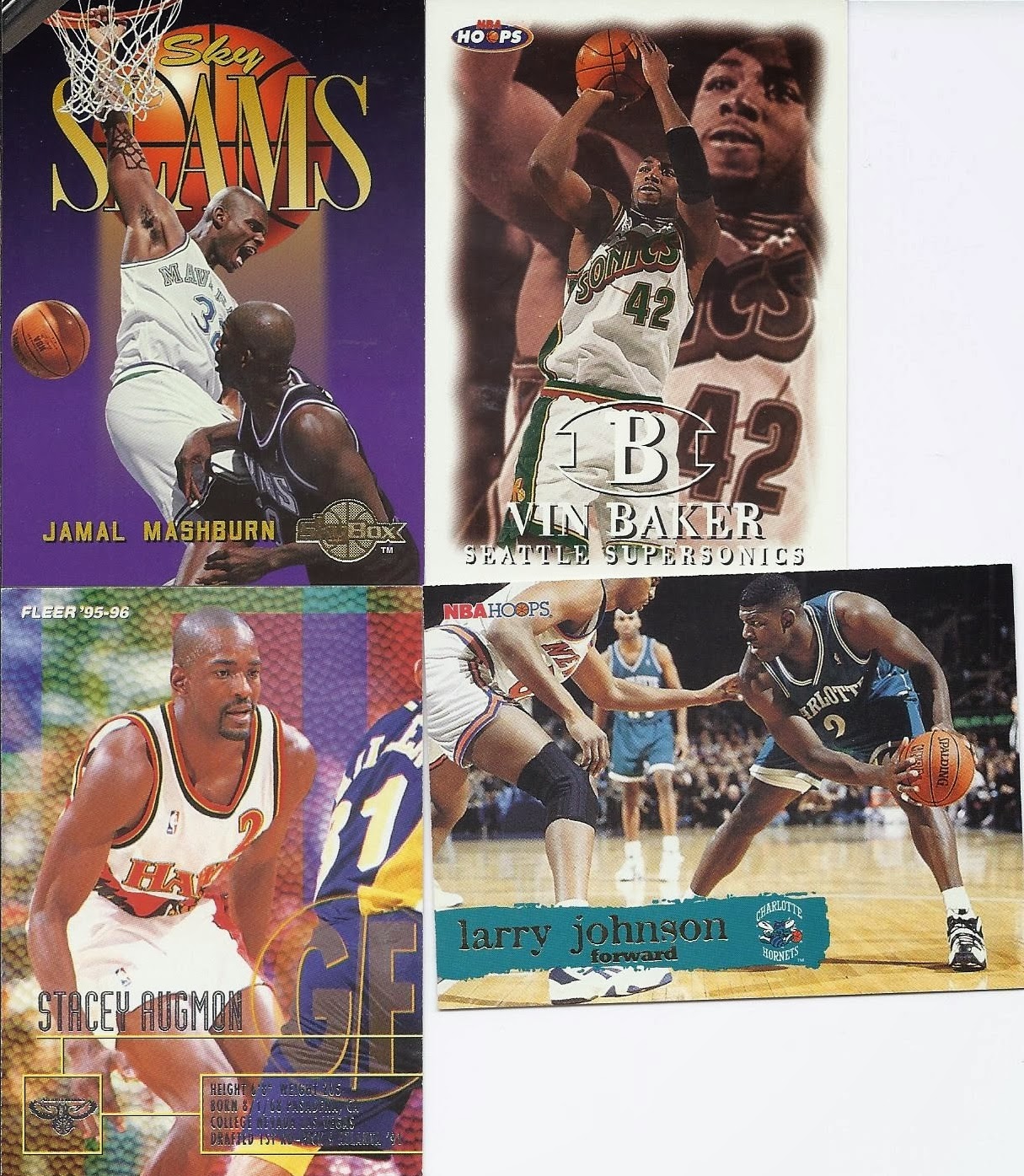 Here's another group of 4 cards. I've grouped these 4 together since every repack tends to contain at least one card of these 4 guys. I was a Steve Smith away from having a starting 5, assuming I didn't care about such things as positions. 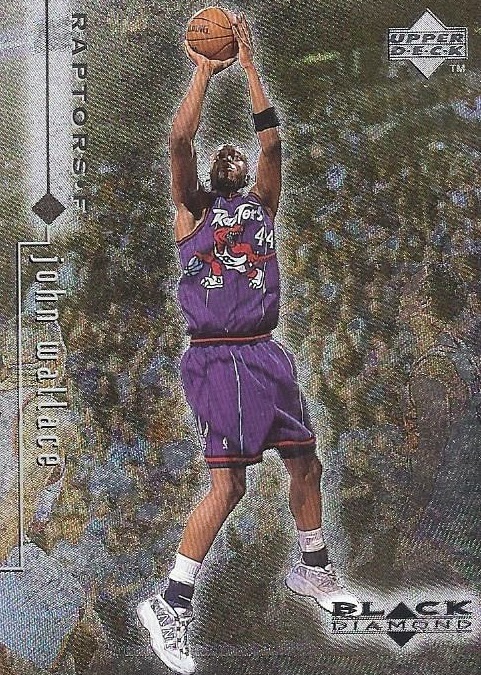 The only Raptor in the pack was this one. It's the third I've pulled from a repack. 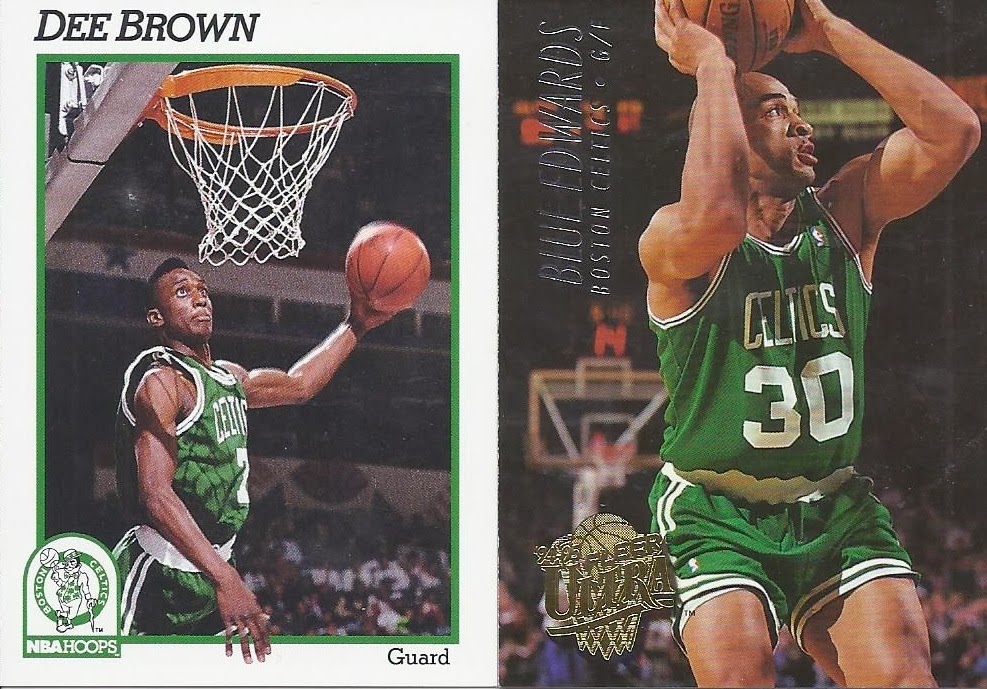 The Celtics won this battle by a single card.

Here's the rest of the Cancon (kinda on the Daniels). I've posted the Gattison before. Second time around, his facial expression is still hilarious. 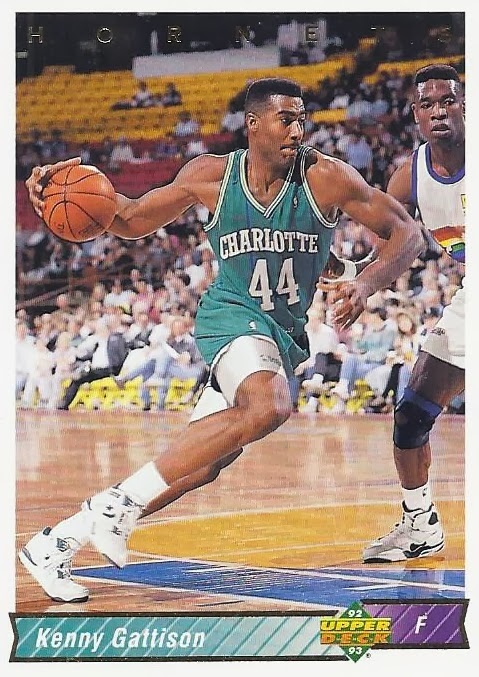 One Kenny Gattison deserves another. I'm guessing Hornets at Nuggets wasn't exactly a big draw in the early 90s. 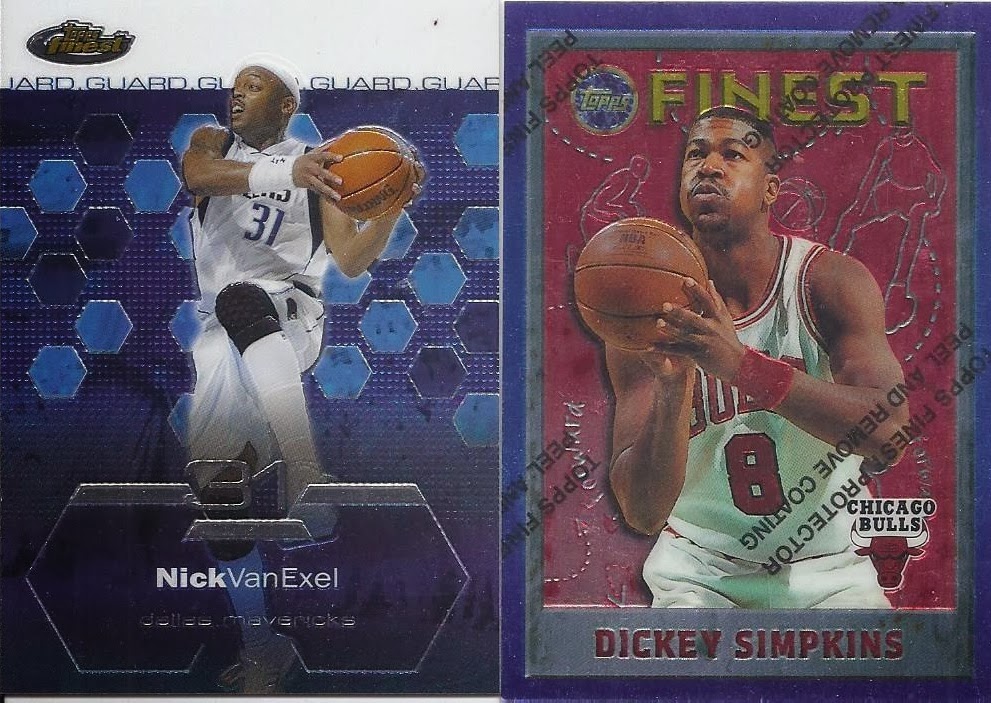 They're just base cards, but I was still surprised to find a couple mid-range sets represented here.

As well as a trio of parallels. 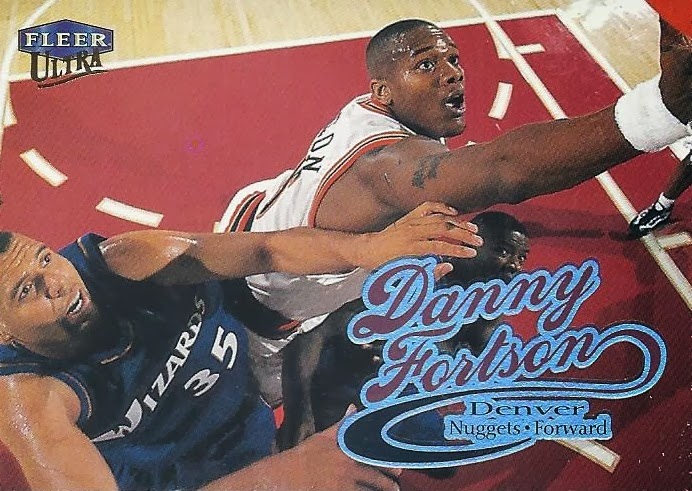 Best photo of the pack goes to this great shot along the boards.

There always seems to be at least one WNBA card in these. Here's this repack's WNBA card. She would count as a 5th HOFer, as Rachael Sporn is in the Australian Basketball Hall of Fame. PS: I wouldn't recommend looking at images of her on google. Even with safe search on, the first image might not be safe for work.

And since I had a Pod People MST3K reference with a post yesterday, here's one more. 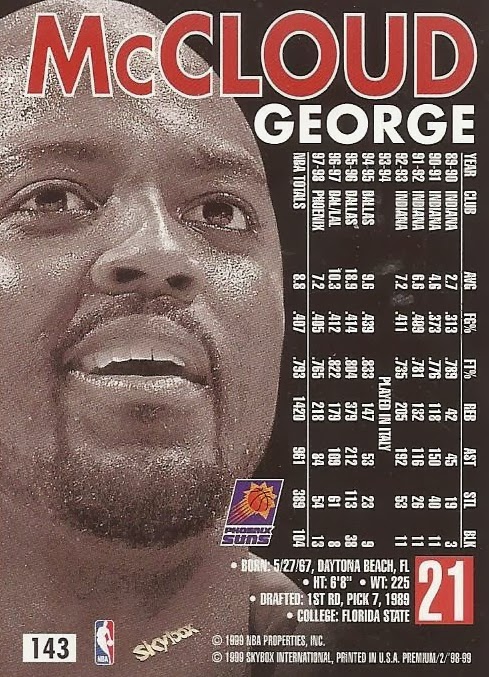 Posted by buckstorecards at 15:55