Warning. NoDoze might be needed for this pack break. 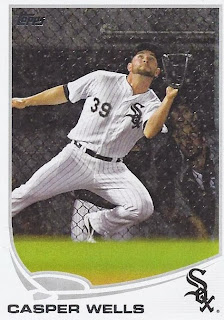 Casper Wells - It took me this many cards to find an image interesting enough to scan. It is just really nicely framed, with the fence and fans seemingly inches away.
Mike Pelfrey.
Chris Davis
David Ortiz
Prince Fielder
Garrett Richards
Justin Masterson 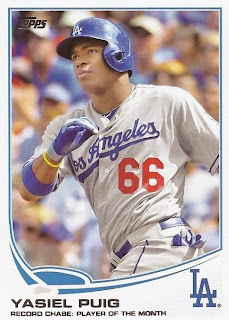 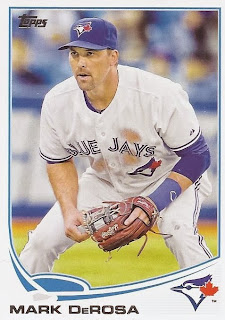 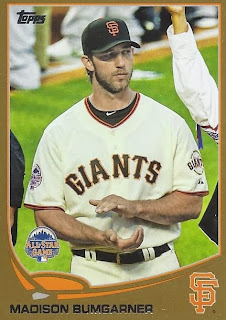 Madison Bumgarner Gold - From the look of things, the insert portion isn't going to pick things up. 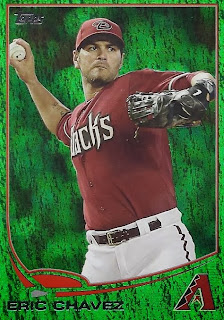 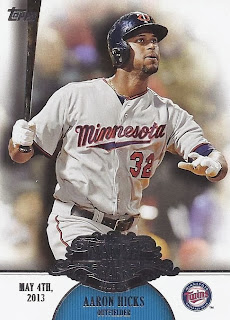 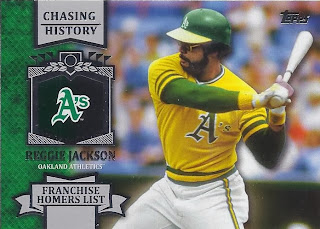 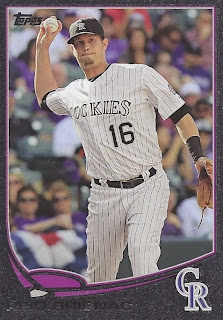 Reid Brignac Black Parallel - 41/62 - He started with Colorado. He went to the Yankees. Was released and signed again with the Rockies on a minor-league deal. Why does he get a card and Munenori Kawasaki doesn't? Or Scott Rice? At least the latter has a card in Prizm. 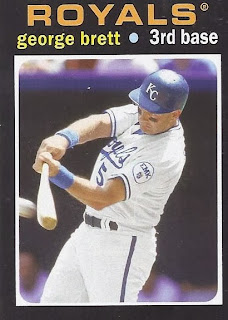 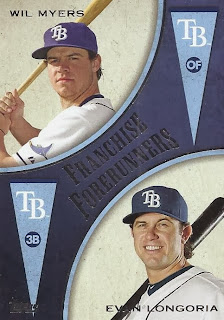 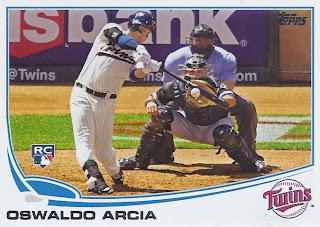 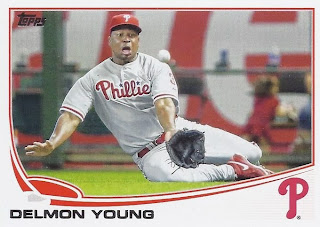 Delmon Young - And they fall back to back. The ball looks ready to fall into his mitt for a highlight reel catch. Yan Gomes - Walk-off! A great Where's Waldo card. The back refers to his walk-off against Seattle, so I assume that's where this is from.
Alfonso Soriano
Clayton Kershaw
Yoenis Cespedes 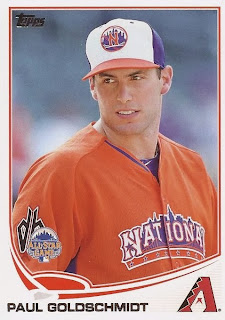 Paul Goldschmidt - A great look at the NL team cap. 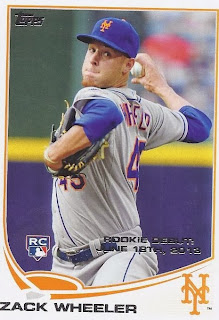 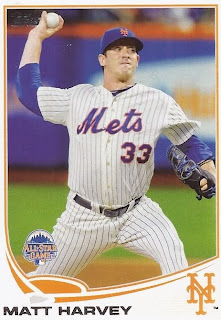 Matt Harvey - WOO-HOO! Another one! 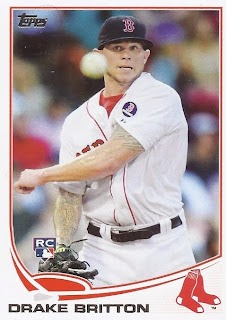 Drake Britton - The ball looks like it is coming right at the camera. I always love cards like this for infielders or pitchers.
Mike Olt
Adam Wainwright

The last 12 cards might have saved this from being the dullest pack in the box.

Posted by buckstorecards at 06:12