Meaning that this is the perfect morning to post the content of a surprise box. The good news here is that it was all cards - no supplies.

Starting up with the 8 card mix 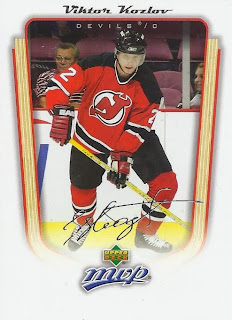 2005 MVP Viktor Kozlov - A perfect card for a new pack. A brand new card of Viktor Kozlov for my 2.14 collection. WOO-HOO! Quite the audience for the game as well. 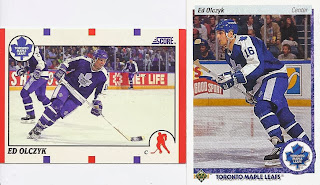 2001 Be A Player Steve Shields. One of five new cards for the masks binder! This might actually be one of a handful to end up in there backwards. 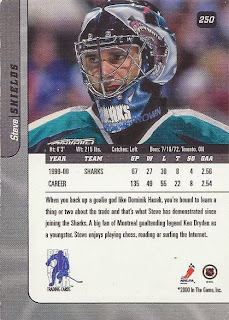 Since the back is even better than the front!
1991 Score Michel Goulet
1994 Donruss Sandis Ozolinsh 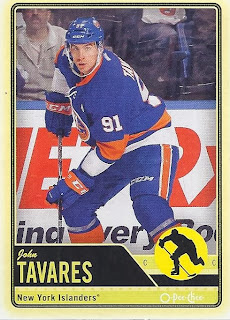 2012 OPC John Tavares. Not bad for the guaranteed superstar card. 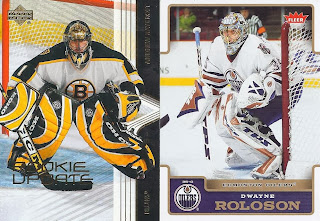 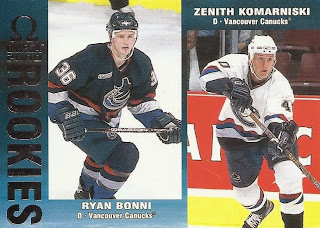 And finally, something new to the packs, at least for me - a pack of 1999 Upper Deck. 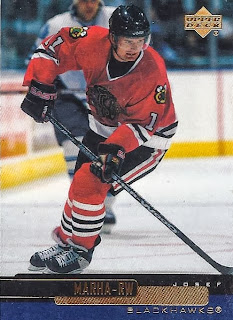 Josef Marha. My second card with that made me say "Who??" of the repack.
Alex Mogilny 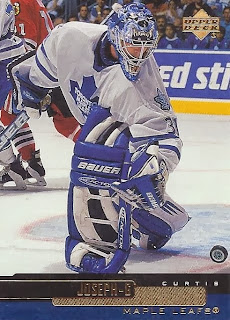 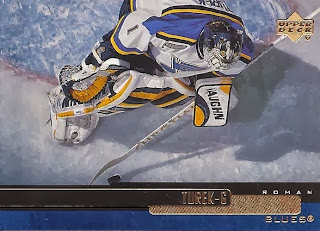 Roman Turek. And the last card isn't just a card for the mask binder, it is also an easy candidate for the best card in the repack.

So many masks, it should be masked Mondays again.
Posted by buckstorecards at 06:31