How's that for a holiday segue? 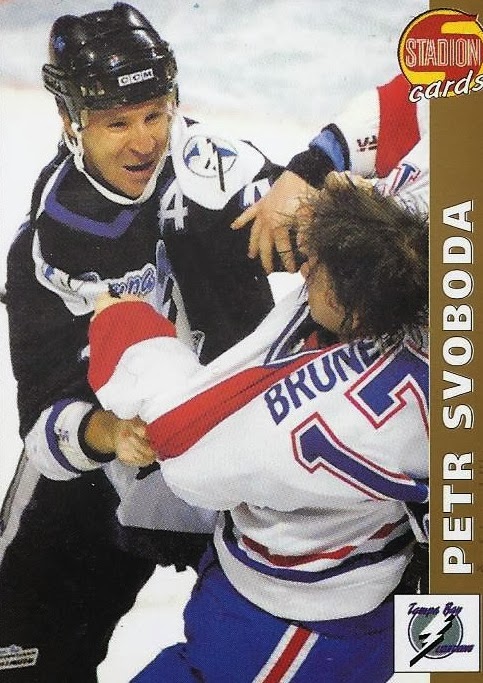 Opening with an oddball in more ways than one. Firstly, it's a rare appearance of a fight on the front of a card. The only ones I can think of that feature fights on the front are a Phil Roberto from 1973, a Dan Marouelli referee card where he's breaking up the brawling, and Chris Neil's UD flagship card from last year. Secondly is the set itself. It's from a Czech set from 2000. Looking at the images at COMC, there are a bunch of shots that you wouldn't see on this side of the Atlantic. There's a bloody Tie Domi. Yet another fight card, this time with Petr's teammate in Vincent Lecavalier. Or Jozef Stumpel getting a face full of glass. 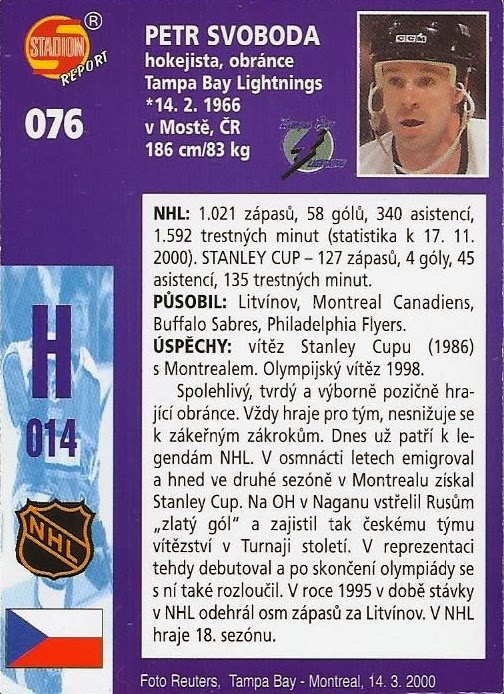 The back of the card even gives the date and source of the picture. So, I can trace the photo to this game, where Petr came up a goal short of a Gordie Howe hat trick. 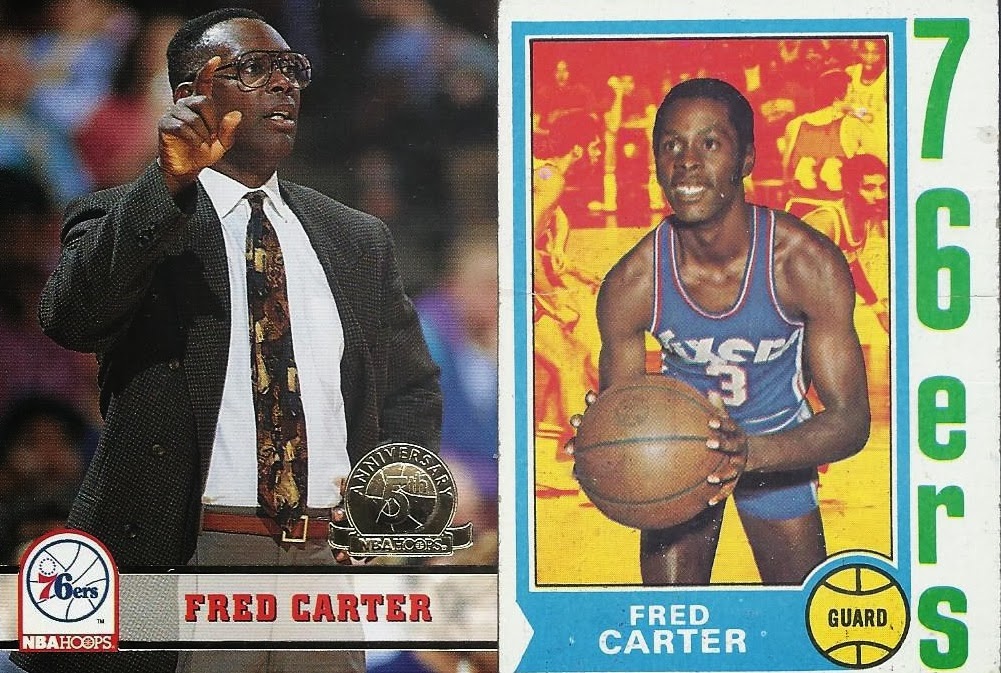 Here's the newest member of the binder. Fred Carter joins Bernie Geoffrion in terms of being the only the second person to have cards in the binder as both a player and as a coach. 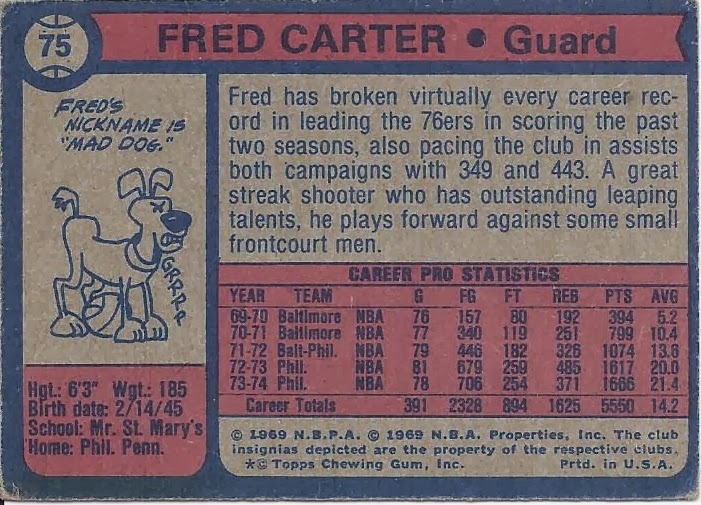 Plus, that "Mad Dog" cartoon on the back is bad-ass. 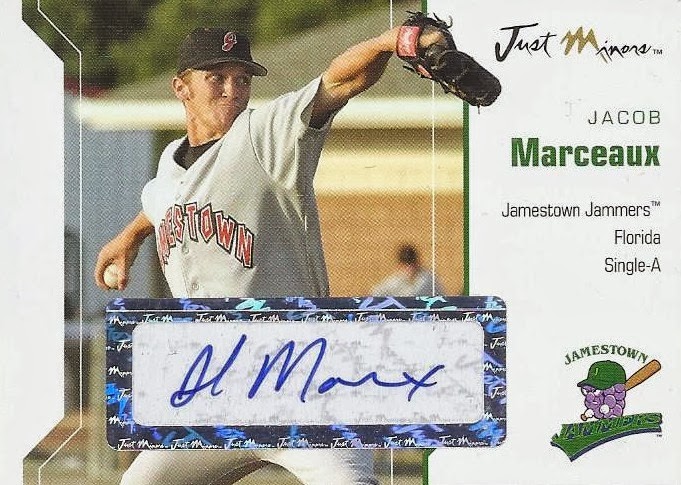 And here is a new auto to wrap up this posting. It's my first hit of Marceaux, who never made it above AA, and it is my second overall. There are others at COMC for less than $2.00, but I opted for the one with the best logo on it. Jamestown Jammers > Florida Marlins.

Now, it is time to spend Turkey Day the way every Canadian should - watching the Final Sacrifice MST3K episode.