As defined by Shane @ Shoebox Legends. Put the cost of a blaster into a purchase of cards at COMC. For about $20.00 and shipping, I ended up with 19 cards. Most of which were swallowed up by one card. Which I'm going to lead with. 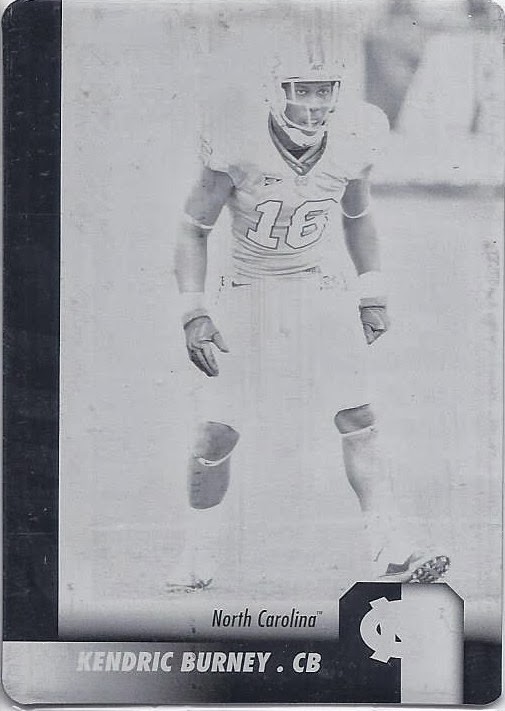 My first 1/1 for my 2/14 collection! My decision to pick up a COMC blaster was influenced by the fact the person who had this in their lot put it on sale, knocking the cost down by about half. I wasn't about to spend $20.00 bucks for a 1/1 of a guy with a rather short NFL resume, but I'll gladly add a unique item to my collection for half that. It's my third plate, and all of them are black plates. What are the odds? Don't answer that, math-types. 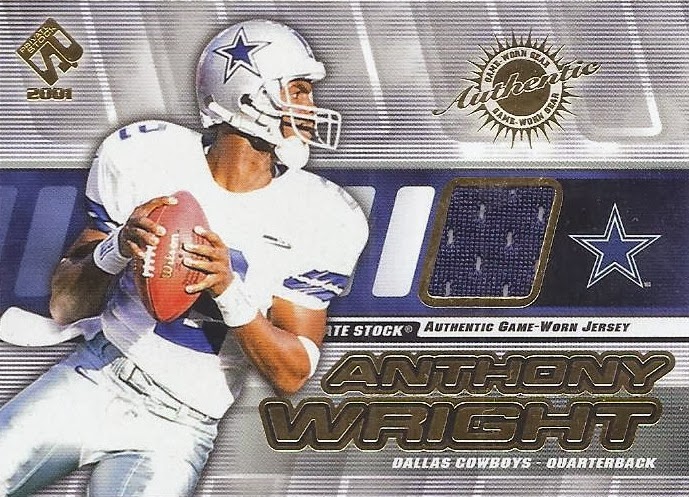 And under a buck to add my second Anthony Wright card, and first hit of his to my 2/14 binder. If you count the plate as a hit, these are my 48th and 49th hit for that binder. With #50 about to be posted tomorrow.

The overall total now stands at 463, with the addition of these cards: 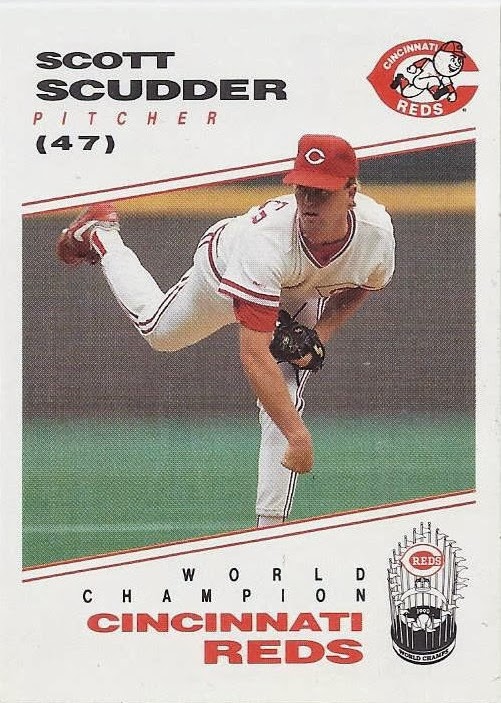 I swear - this is just a basic piece of relatively thin cardboard. It's from a Kahn's giveaway set. It's not an X-Fractor. 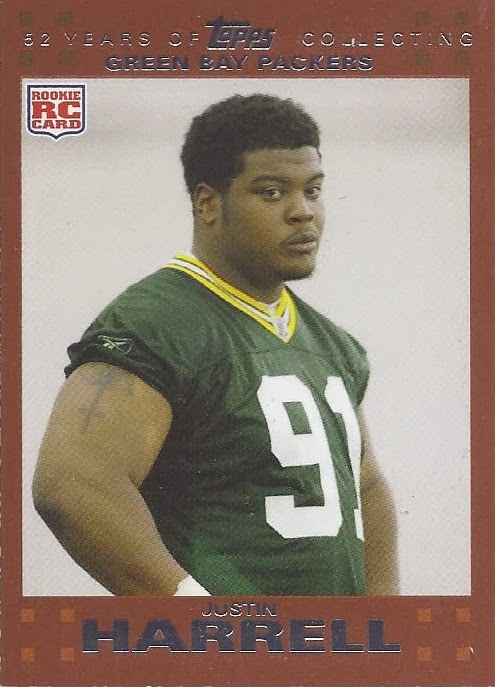 Why not add a copper parallel to my collection? It is an easy decision when the numbered parallel is cheaper than the base. There's only 2006 more of these out there! Collect 'em all! 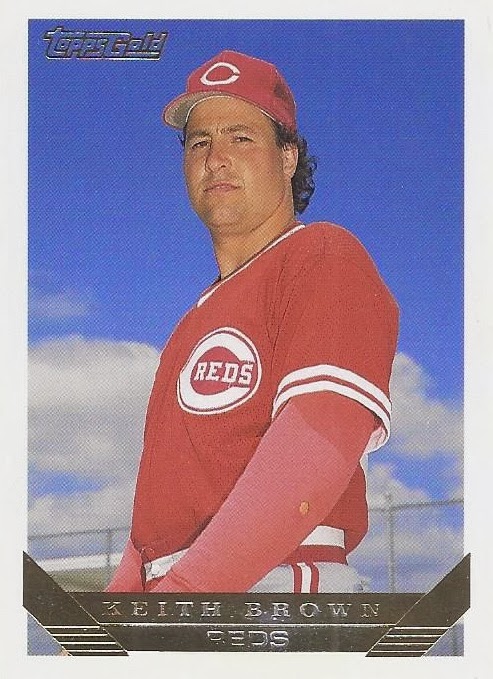 And a gold parallel to wrap up the addition to my 2/14 binder.

What else? How about almost a page worth of new cards for my every Raptor ever collection? It would be a page worth, but look closely at the Bayless. He's actually listed as one the Grizzlies. Oops. Of these, 4 are numbered cards. N'Daiye is 199, Huffman is /500, Dixon is /499 and Douby is 2009. Of this bunch, the Pops Mensah-Bonsu is my favourite. Simply for the reason that it is a card on a guy named Pops Mensah-Bonsu.

I saw the Berroa pop out of during Nacho Grande's break, and decided, since I didn't have the Royals, that I still wanted the card. I saw the Ben Sheets pop up somewhere, and again it joined my wantlist when I first saw it. As for the Halladay, it seemed like a nice bookend. 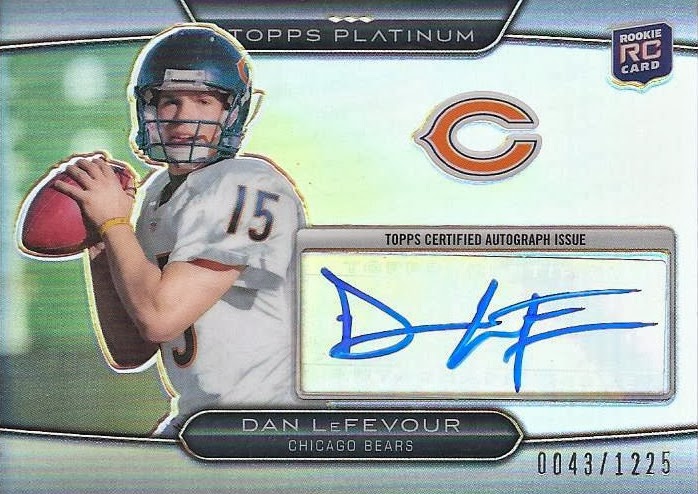 Who? He's the current back-up for the Hamilton Tiger-Cats, and also their short yardage guy when they need someone to go for the final yard on a sneak. He'll probably be offered up in the expansion draft, and it wouldn't surprise me to see him as an Ottawa Redblack next year. 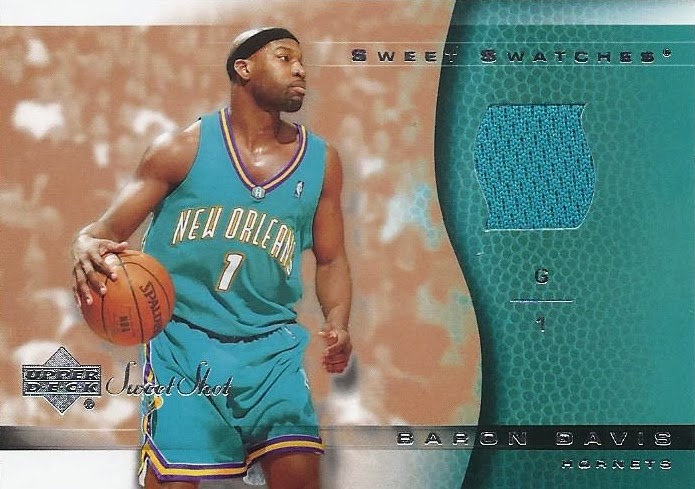 So I decided to finally add some teal into my hits binder.

Posted by buckstorecards at 15:37